Sunday morning and I woke up with the sound of raindrops on my window board. From the first moment it was clear that this won’t be the most comfortable fishing day we have ever done before. 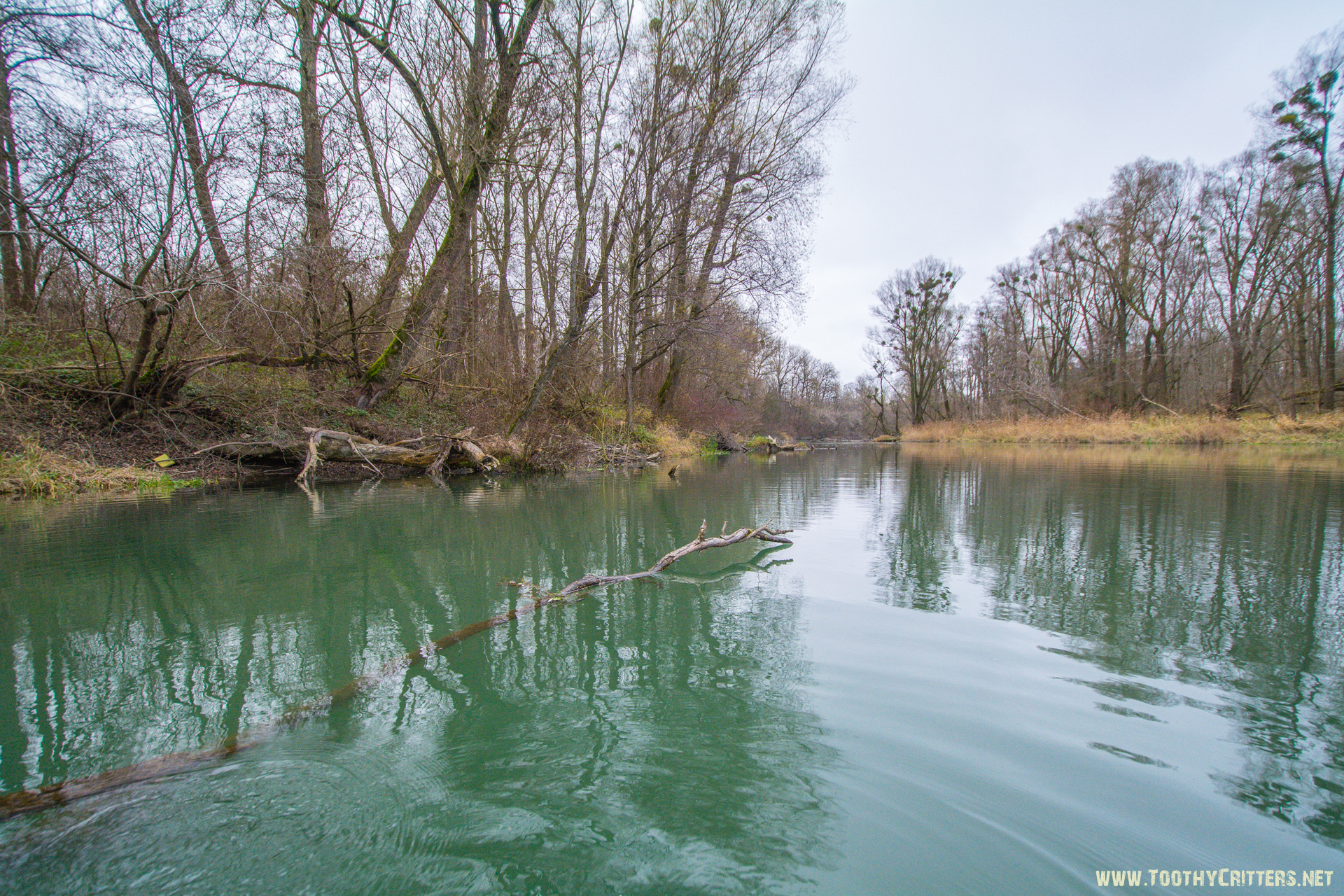 Despite all difficulties, Philipp and me started fishing where I stopped it yesterday. Rainy and breezing cold the day was. I motivated my self with warm thoughts about memories about my last saltwater trip. Didn’t work at all. Somehow also the pikes got demotivated due to the bad weather. I have seen them much more active in the past. No wonder on such a weather change. In fact Philipp had a not too bad fishery. His side of the channel offered him a few fish including a good one. 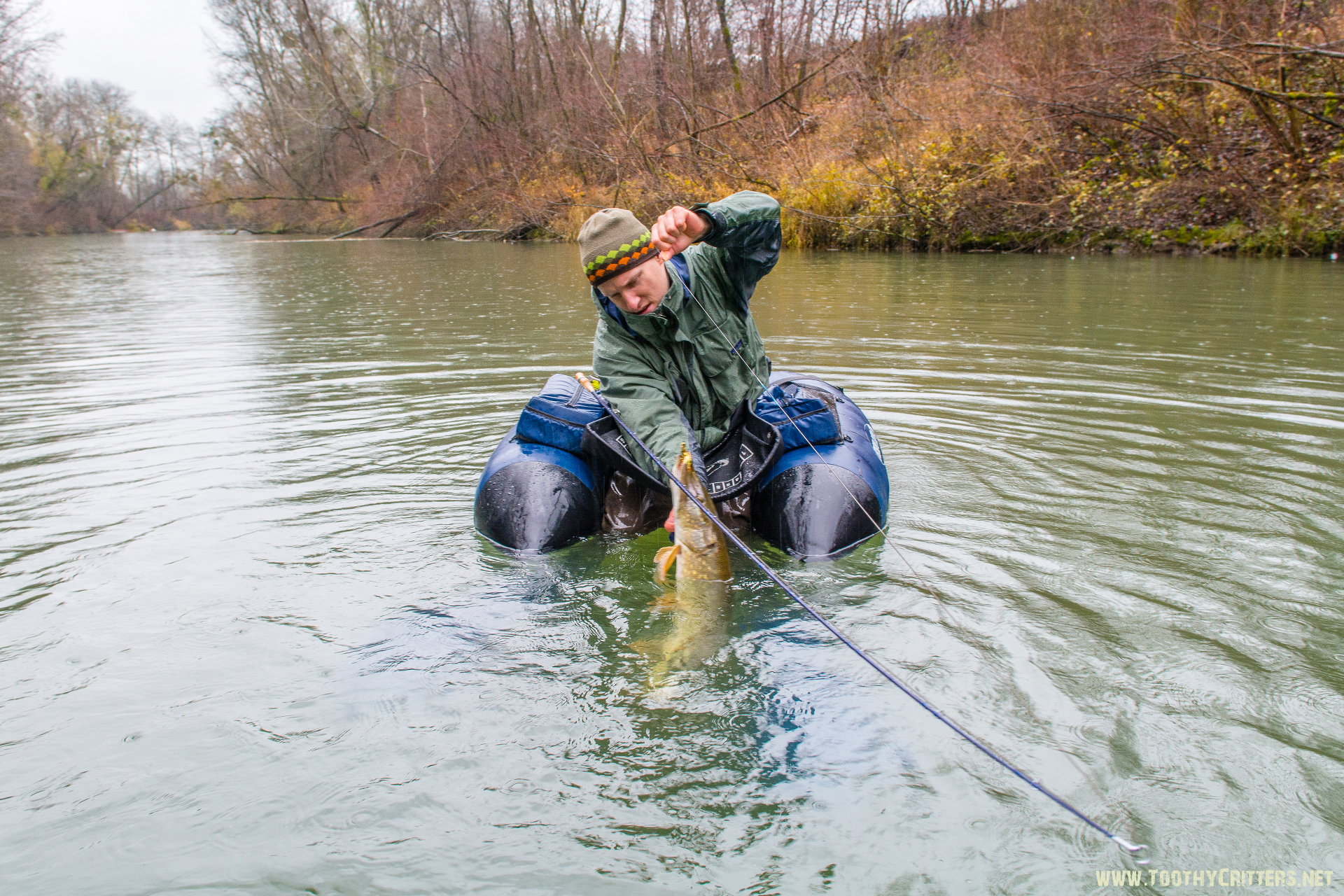 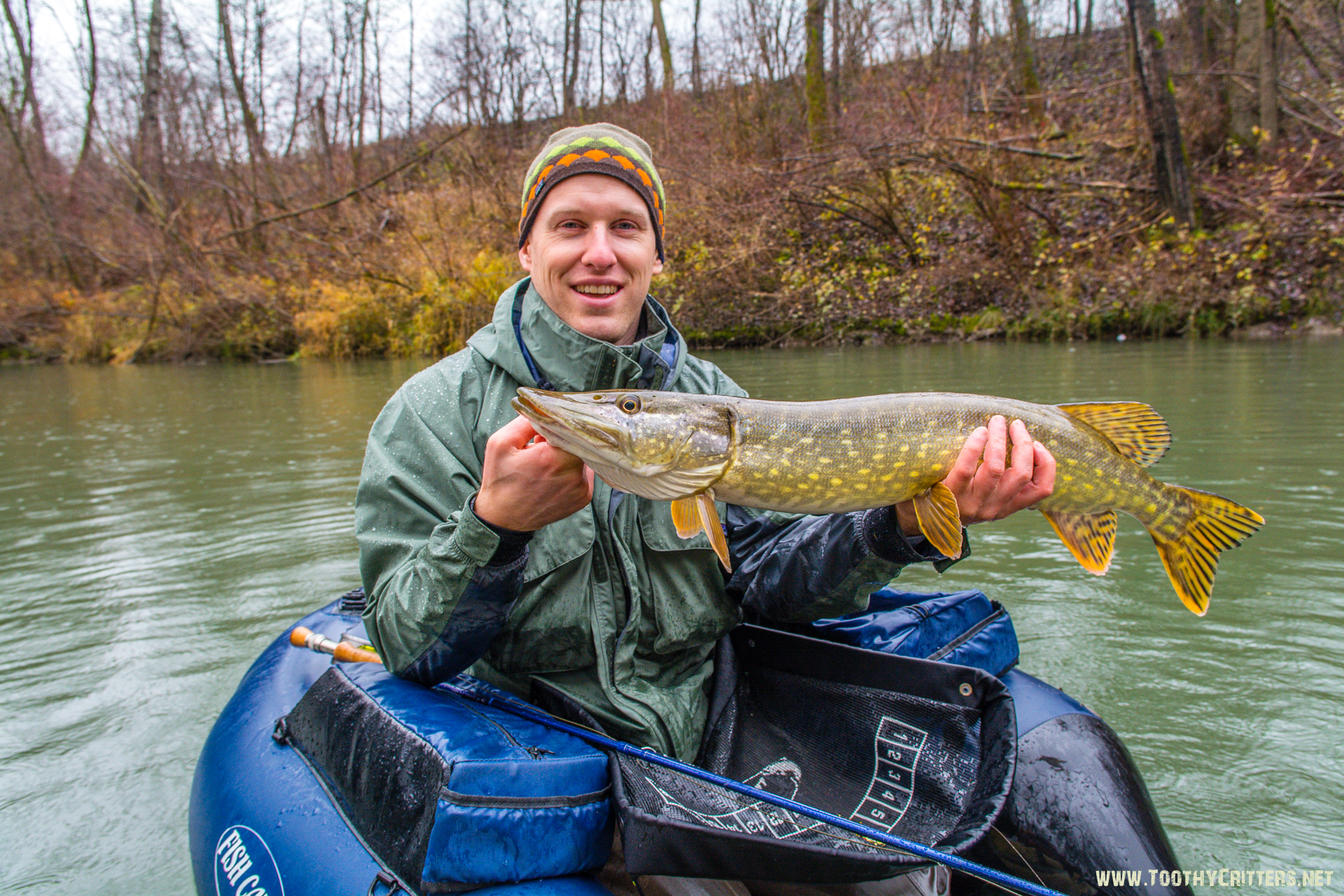 We floated down the channel fishing the overgrown shores. Every once in a while we got contact to our target with some of them landed. The slightly faster current in this channel took us further downstream towards the main stream of the danube. At the channels end we had an appointment with Stefan who wanted to join a bit later. Our Idea was to fish the crossover to the danube, fishing the deeper holes for pike perch. Pike perch, or walleye is not our usual target, but I seemed to be a nice variety. 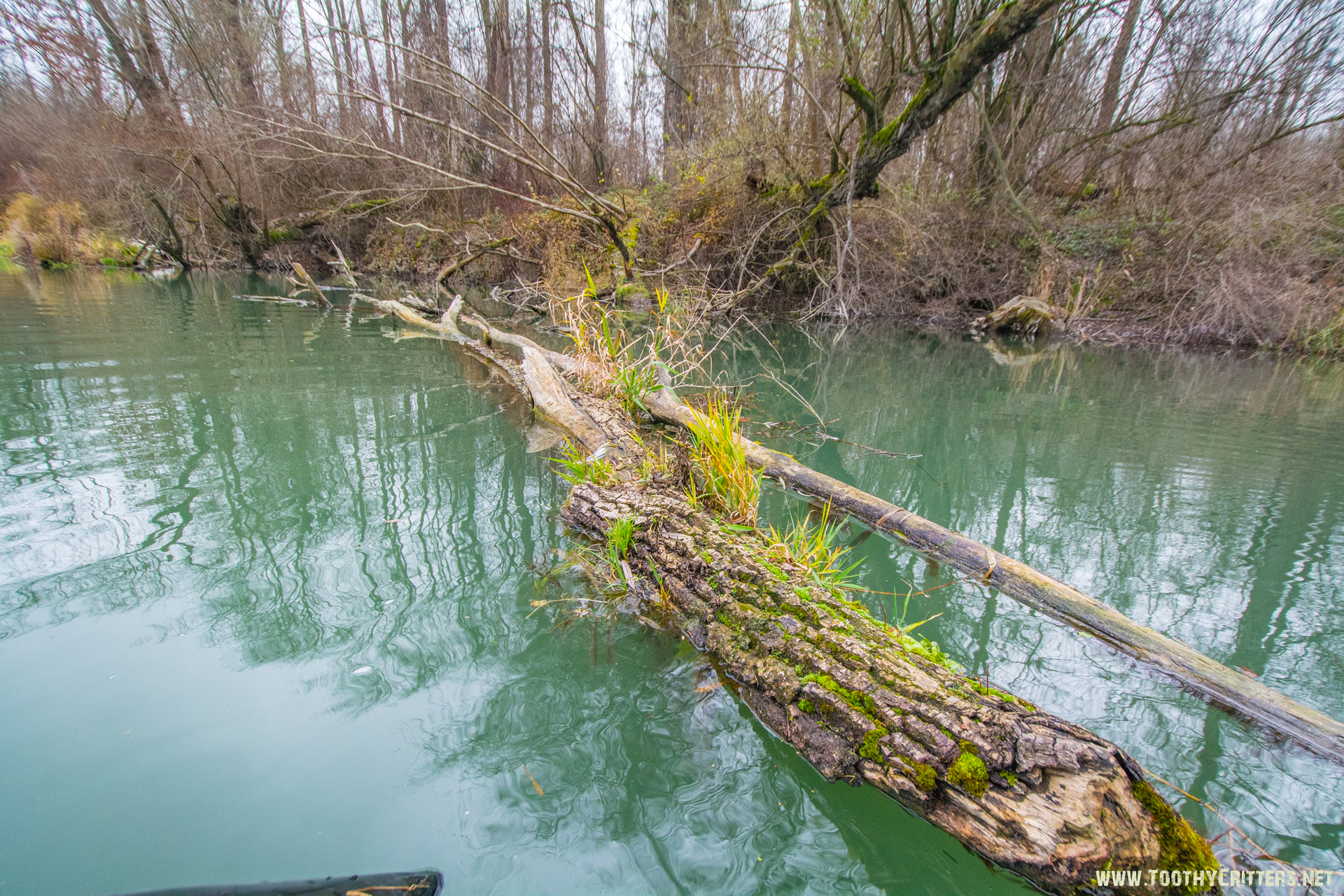 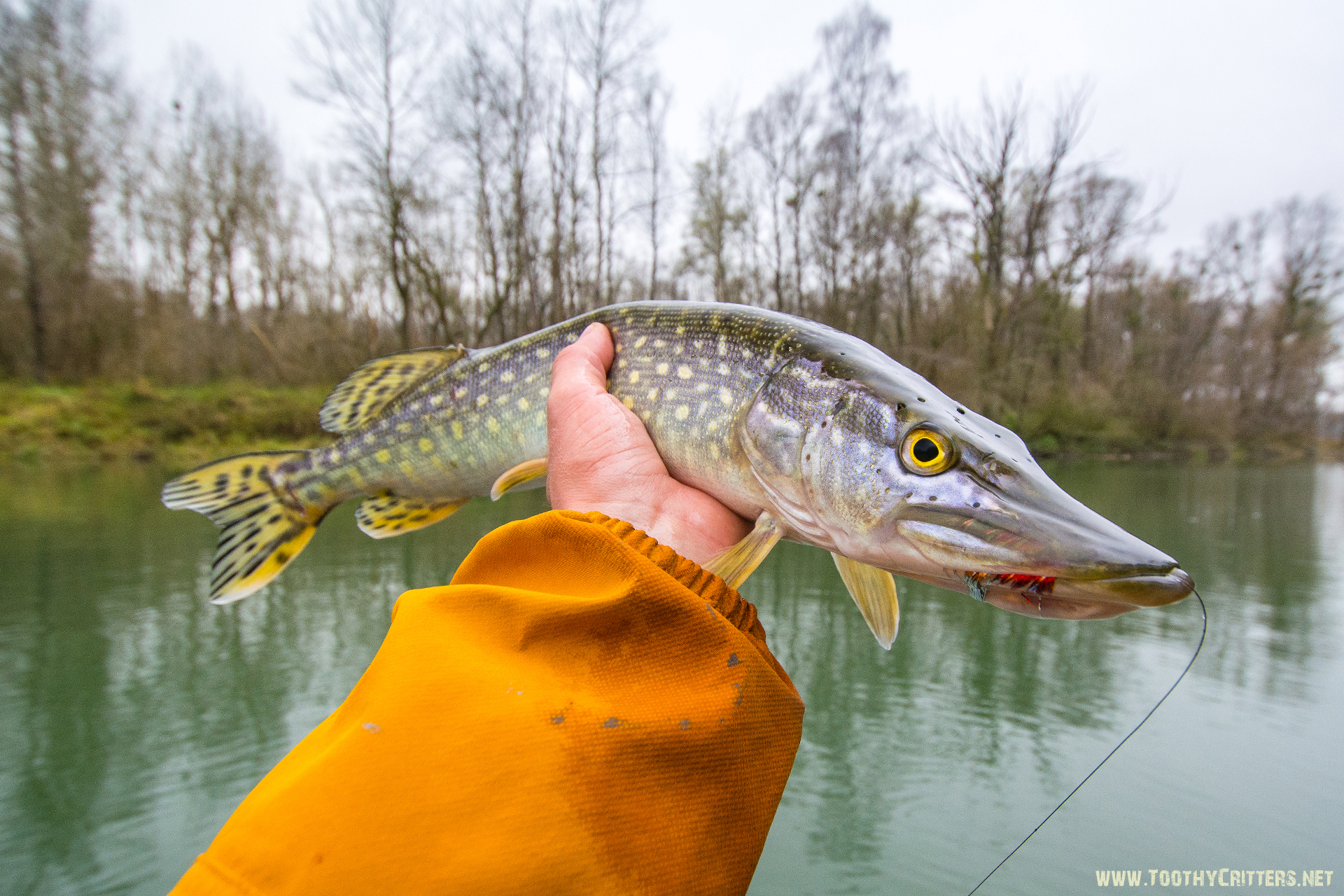 In the end all looked differently as we planned. The constant rain consumed on our substances. Totally soaked up I decided to give a shit in the pike perches, not even sure about our tactics and mounted a pike fly instead. I wanted to do what I know that it is working in the hope for a last good catch.
At last I had 3 more pikes closing the day with smile on my face. 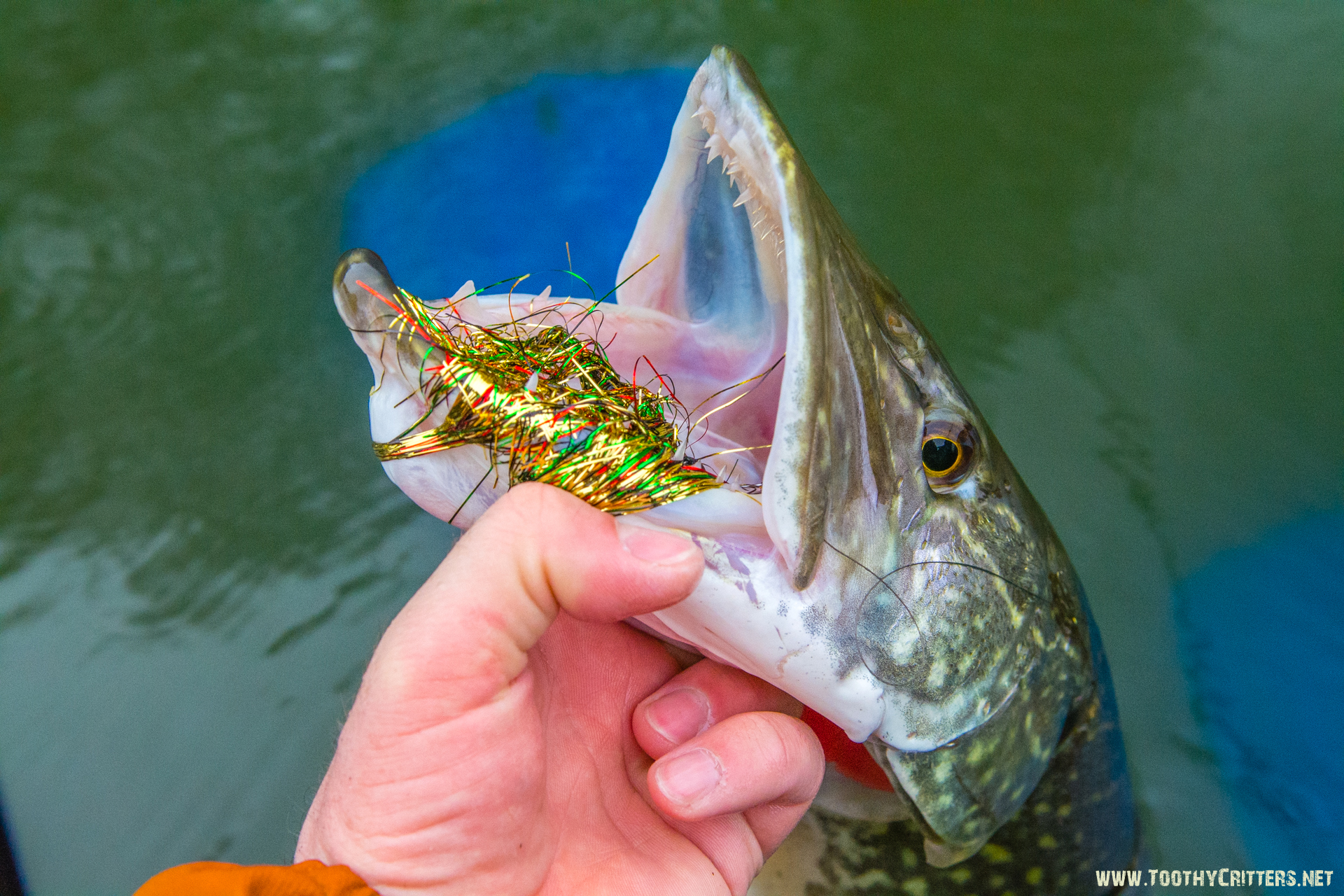 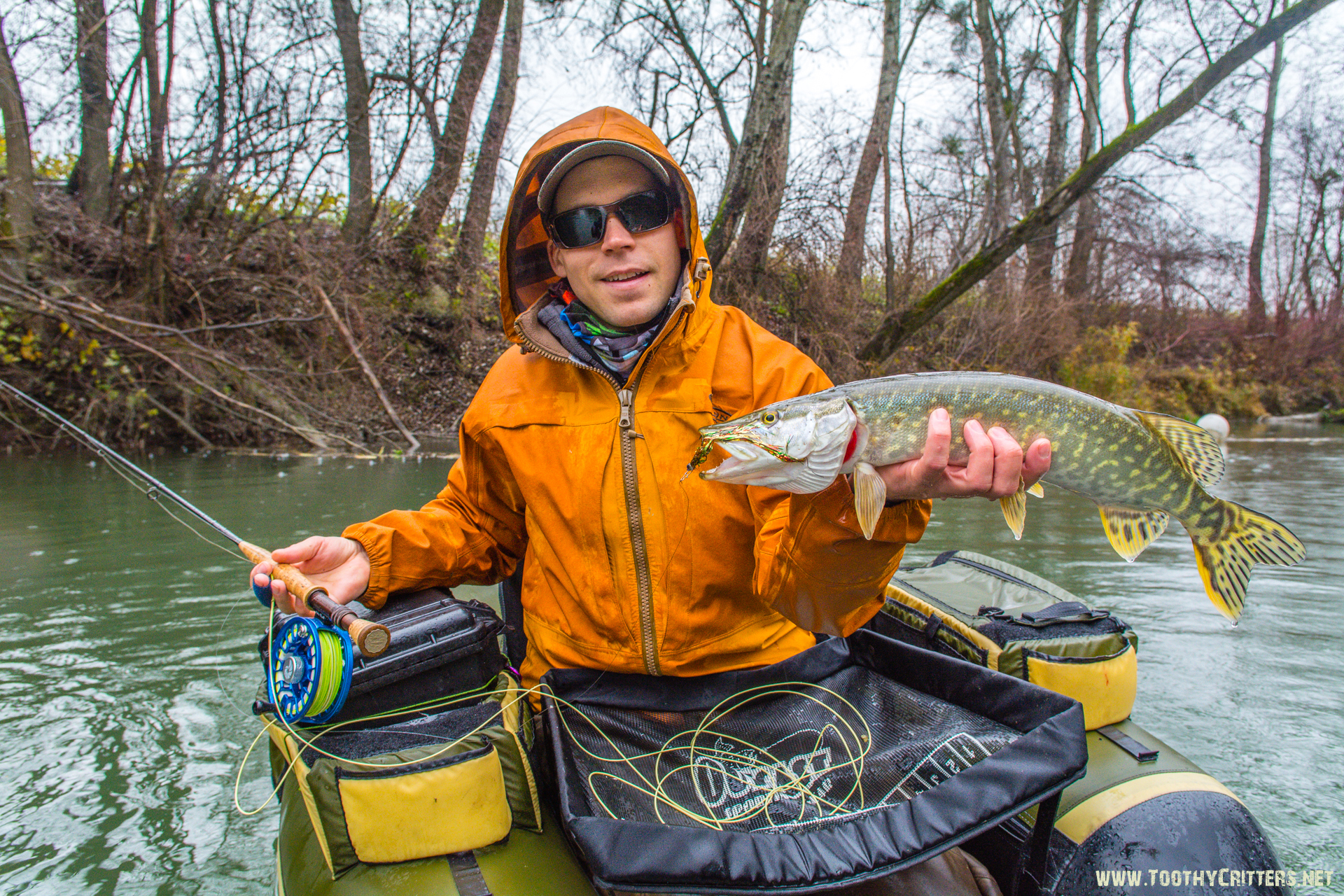