Old habits die hard! Hungry for fly fishing I returned back to a water I explored last winter: Sometimes you have a feeling when planning a trip that doesn’t let you sleep well. This is the story about trying something new. 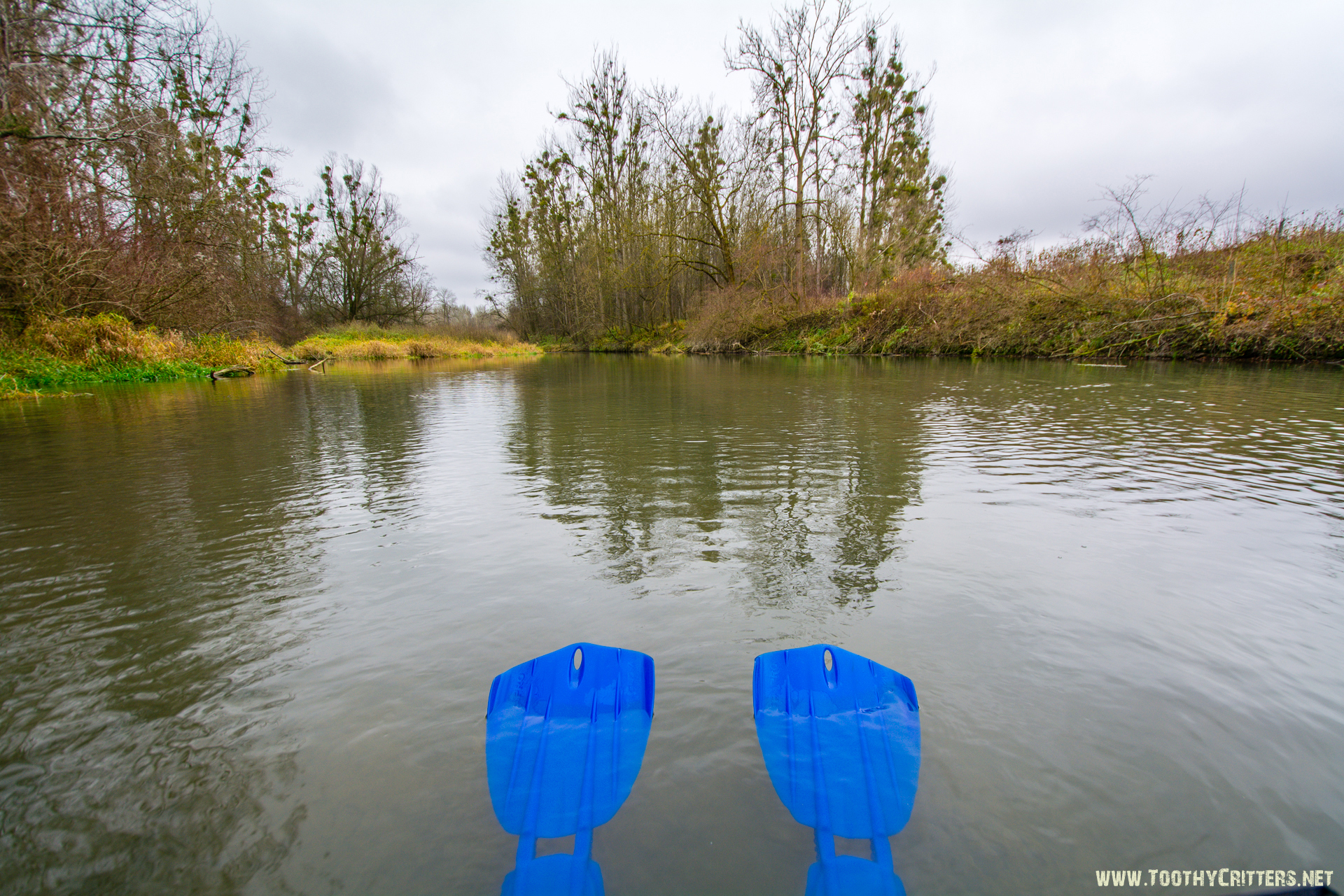 The morning was spent exploring some new spots upstream to the place where I usually start fishing. Upstream it is getting more and more shallower with faster flowing water . It was quiet. I found a pool just a hundred meters above I have never fished before right after a bridge. The spot looked very promising. I started casting expecting an immediate impact on my fly. Indeed on the second cast I felt a hard pull on my line. Unluckily the tension slackened and the fish was gone. In fact bad but where one fish is there might be another one.
It took me a hand full casts and pike number two took my fly. 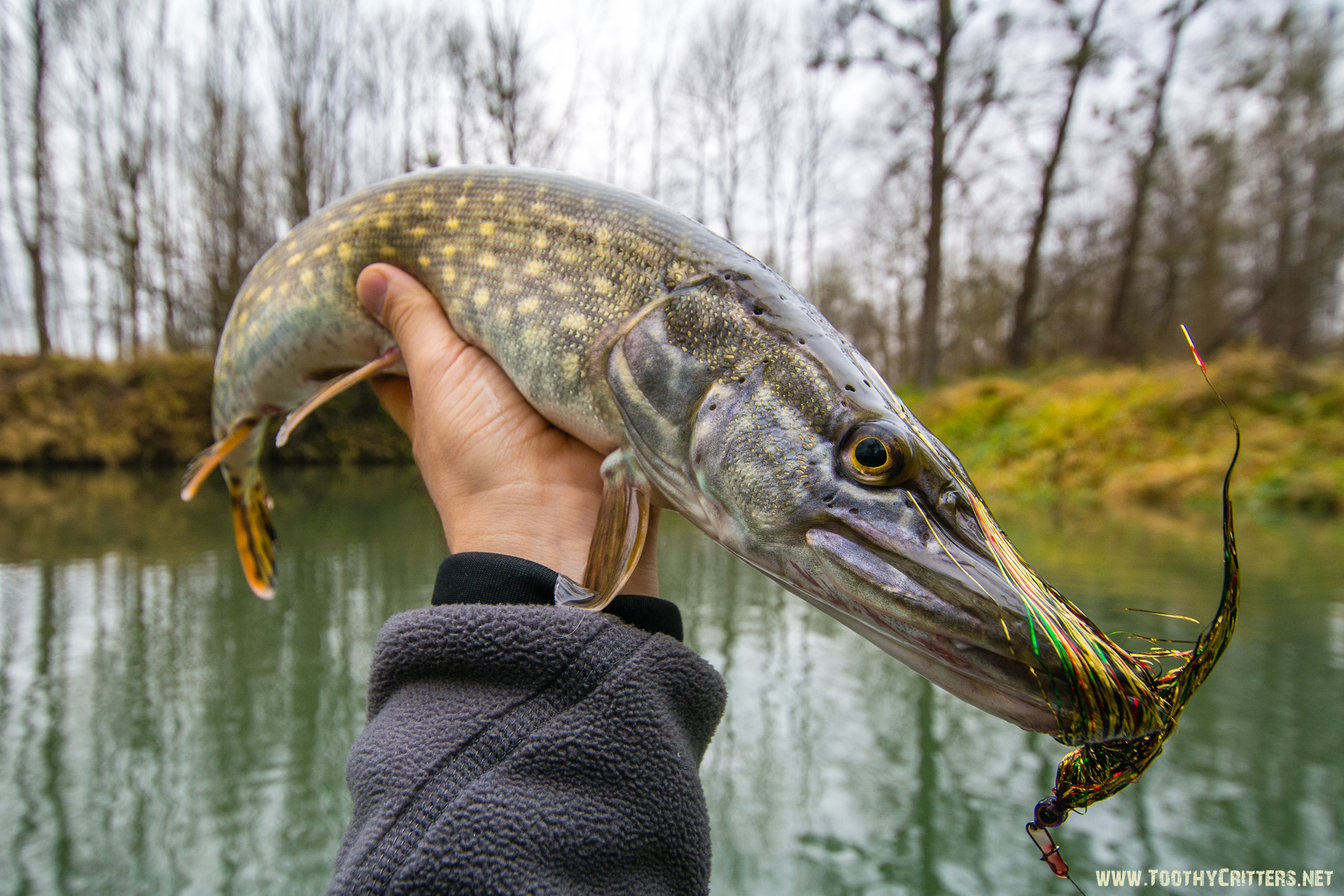 But this spot offered more than just one occasion. Just a few meters downstream there was another pool, maybe 5 meters long and half of it wide. Not very big and in addition it didn’t seem to be very deep. I was sure to get a bite there but it all came different. Sure on the first cast there was a pike on at the end of my line. In fact that pool offered another one, and four more. In the end I hooked up 6 pikes just in that small hole. Sometimes a spot looks very promising but sometimes it offers much more. 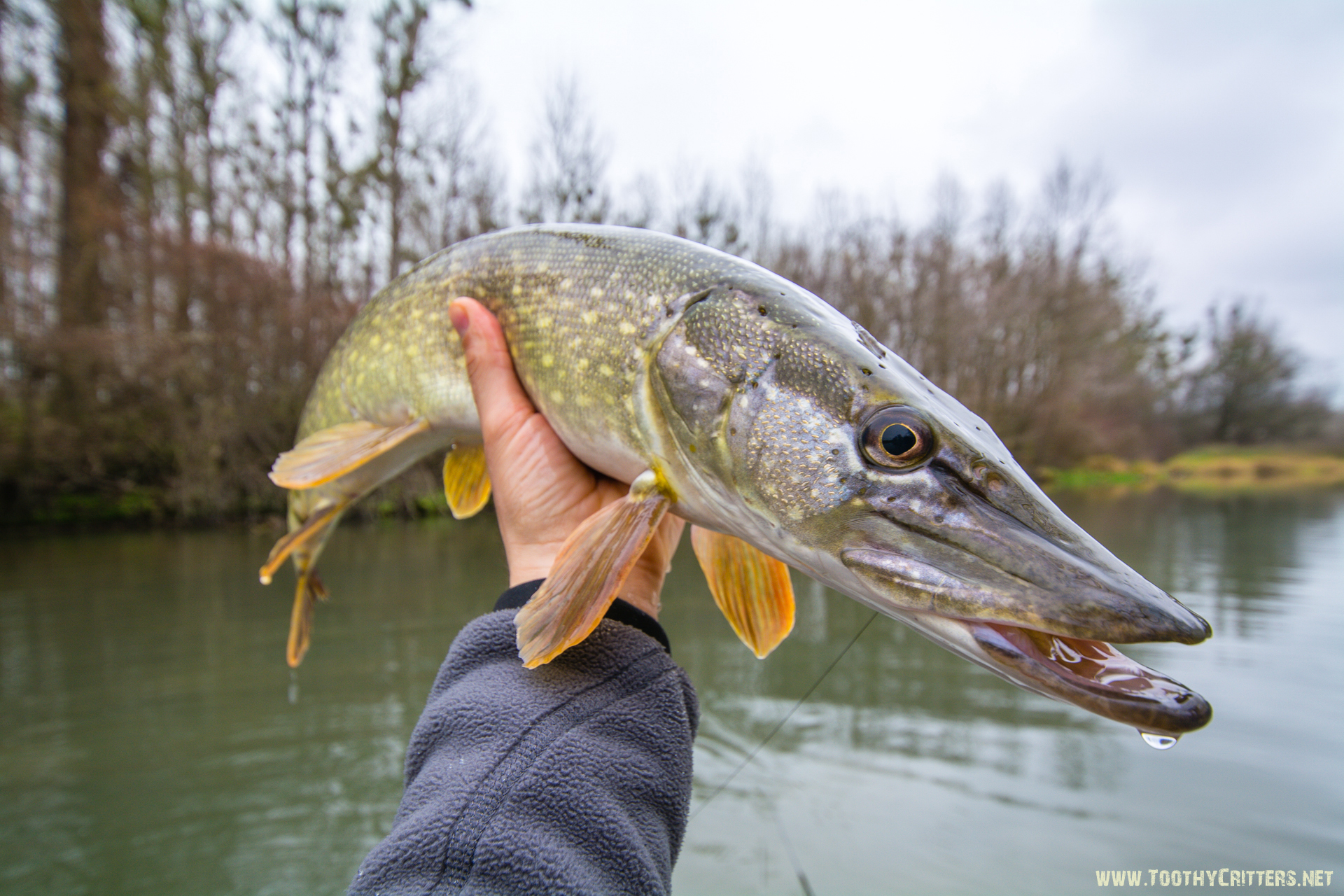 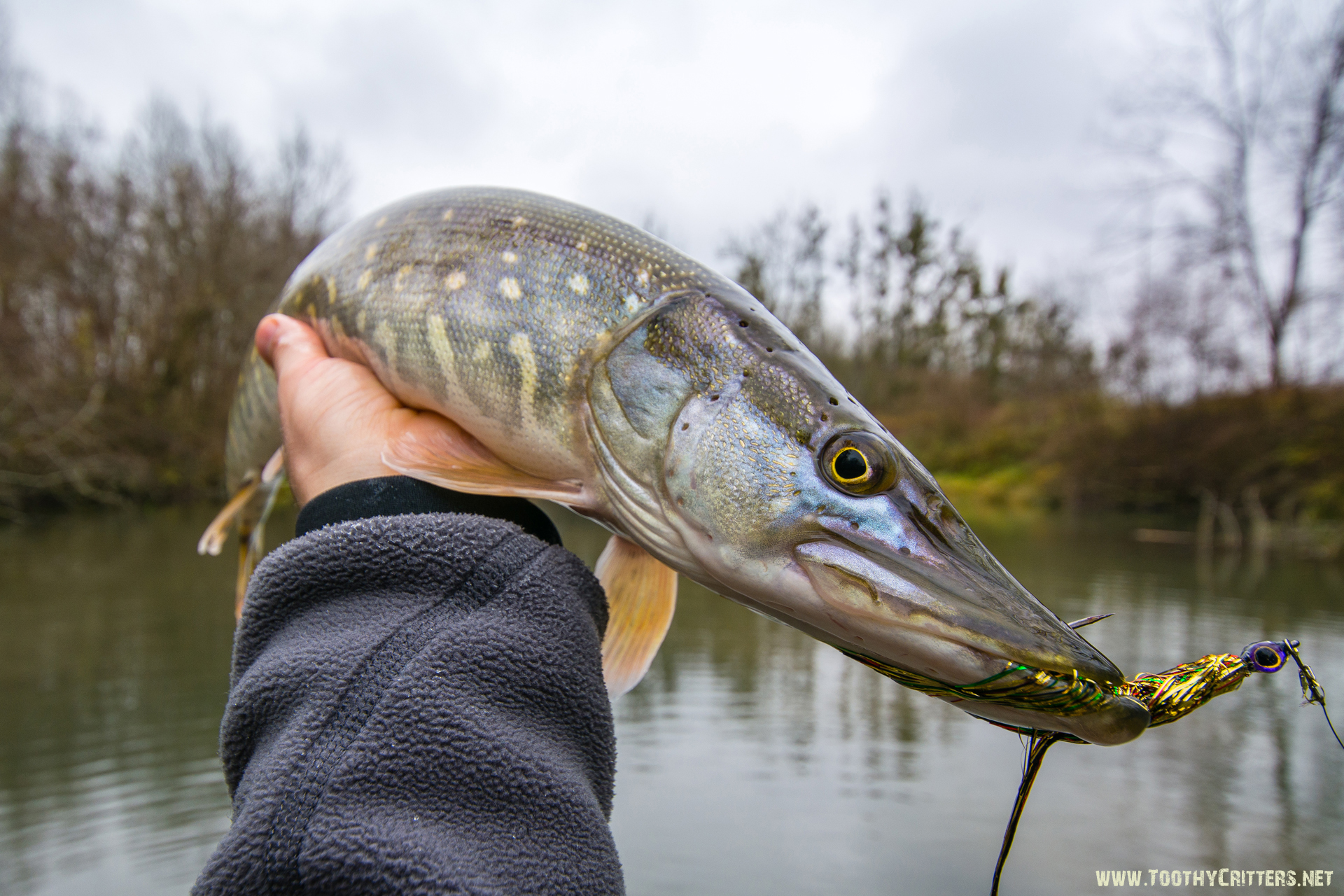 In the end it was already noon and I just fished a length of hundred meters downstream. I decided to try another location because I didn’t want to fish all below spots to preserve them for the day after when it was planned to fish there with my mate Philipp. He doesn’t have time to fish a lot so I wanted for him the optimum conditions. If I would have fished through the spots below the fishery would have been much harder.

So I stuffed the fully inflated belly boat into my car and headed to another location. Also a location that I haven’t fished since last year. In the end this turned out to be a stupid plan. The new location was completely blocked by fallen trees. A beaver has done a good job. Normally a challenge but there were also trees that were about to fall with the next small breeze. Too dangerous to fish there. The signal to switch over for some fly tying instead. 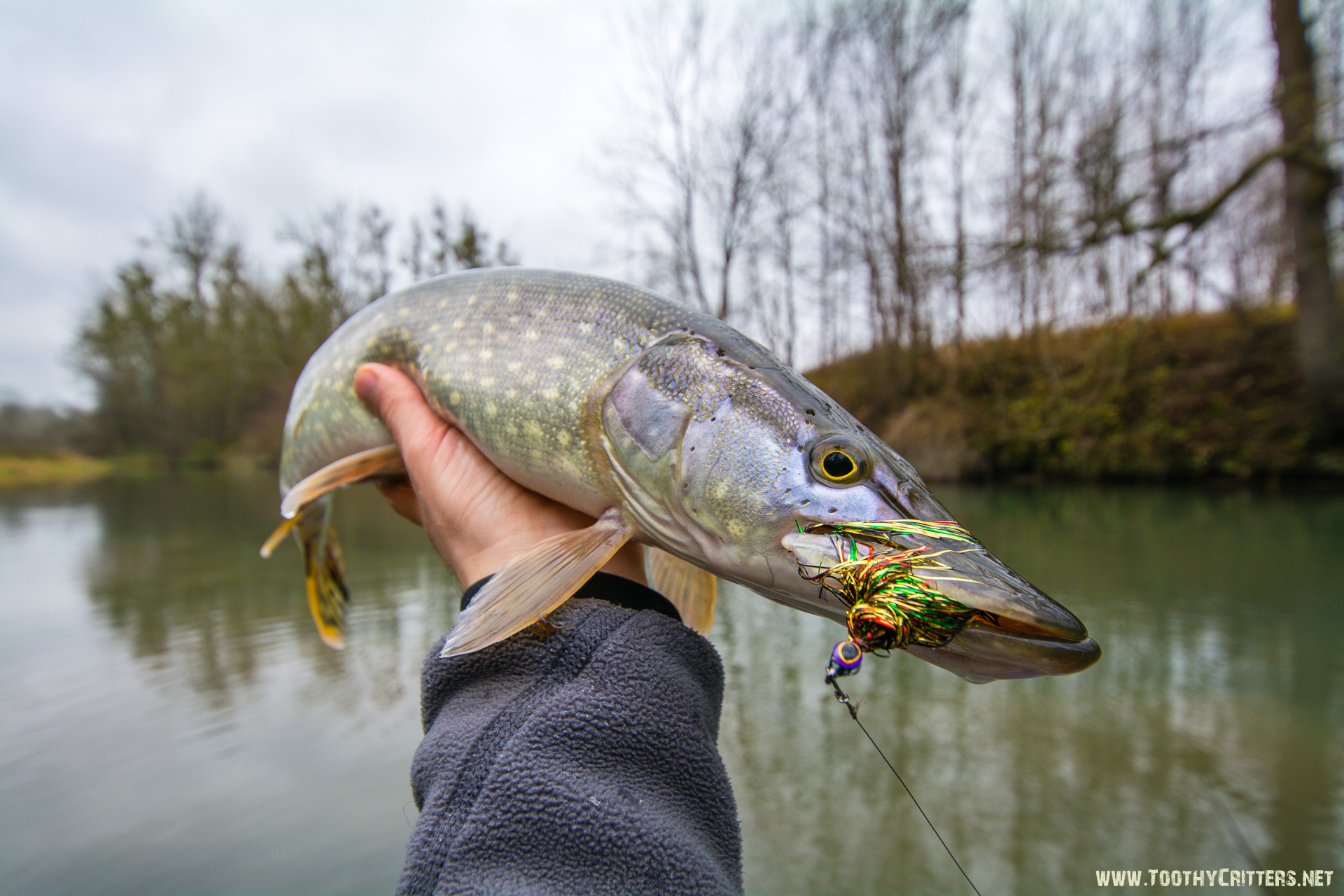 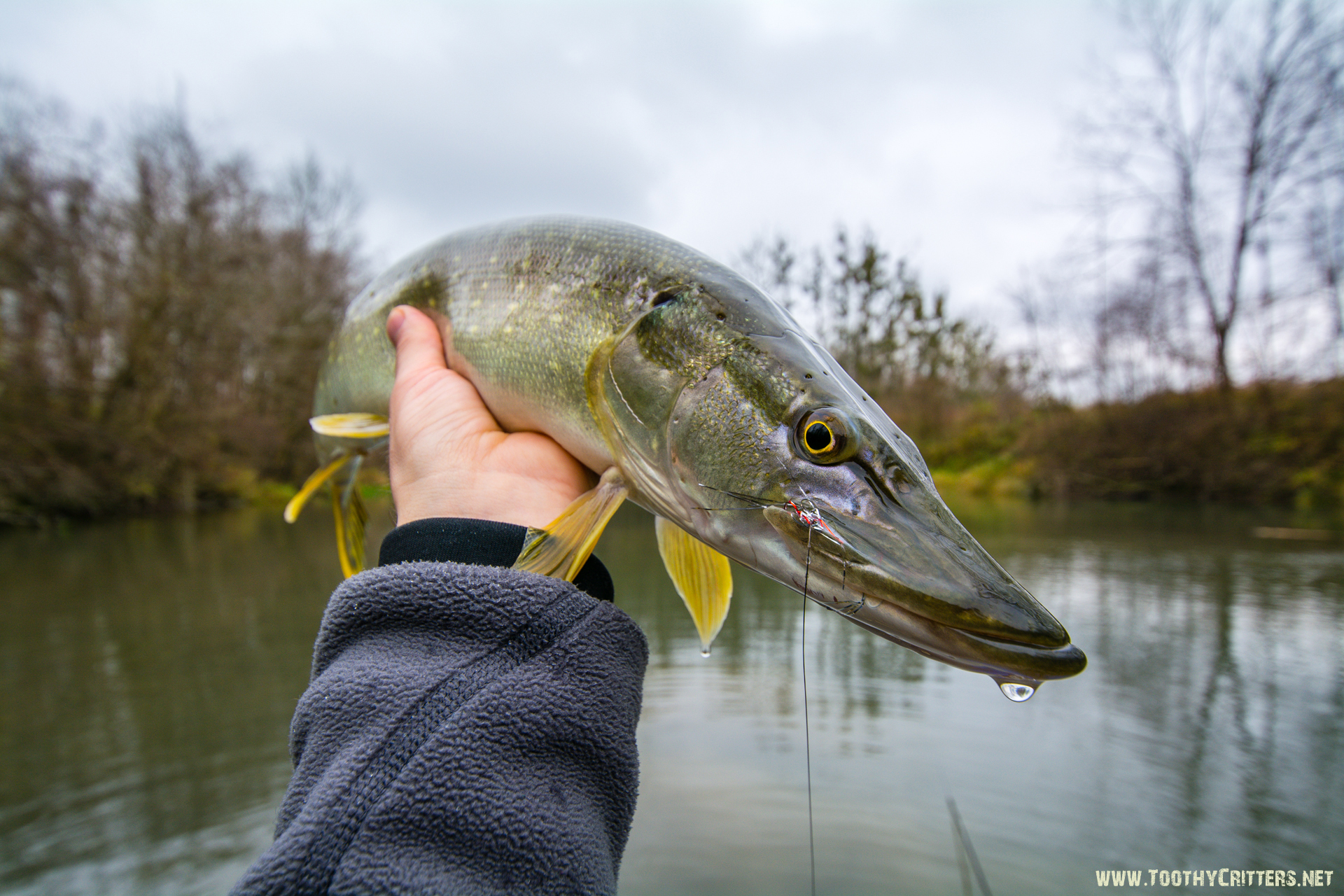