Last week I tried out fishing a complete new location. A branch of a river that is know to its healthy population of northern pikes. I heard from this water already a few months ago but never had time to find try it it out. It is an exclusive piece of nature. Even you have to register to a queue when fishing a single day. Its name… Stempfelbach I was really excited whether it was worth the effort. 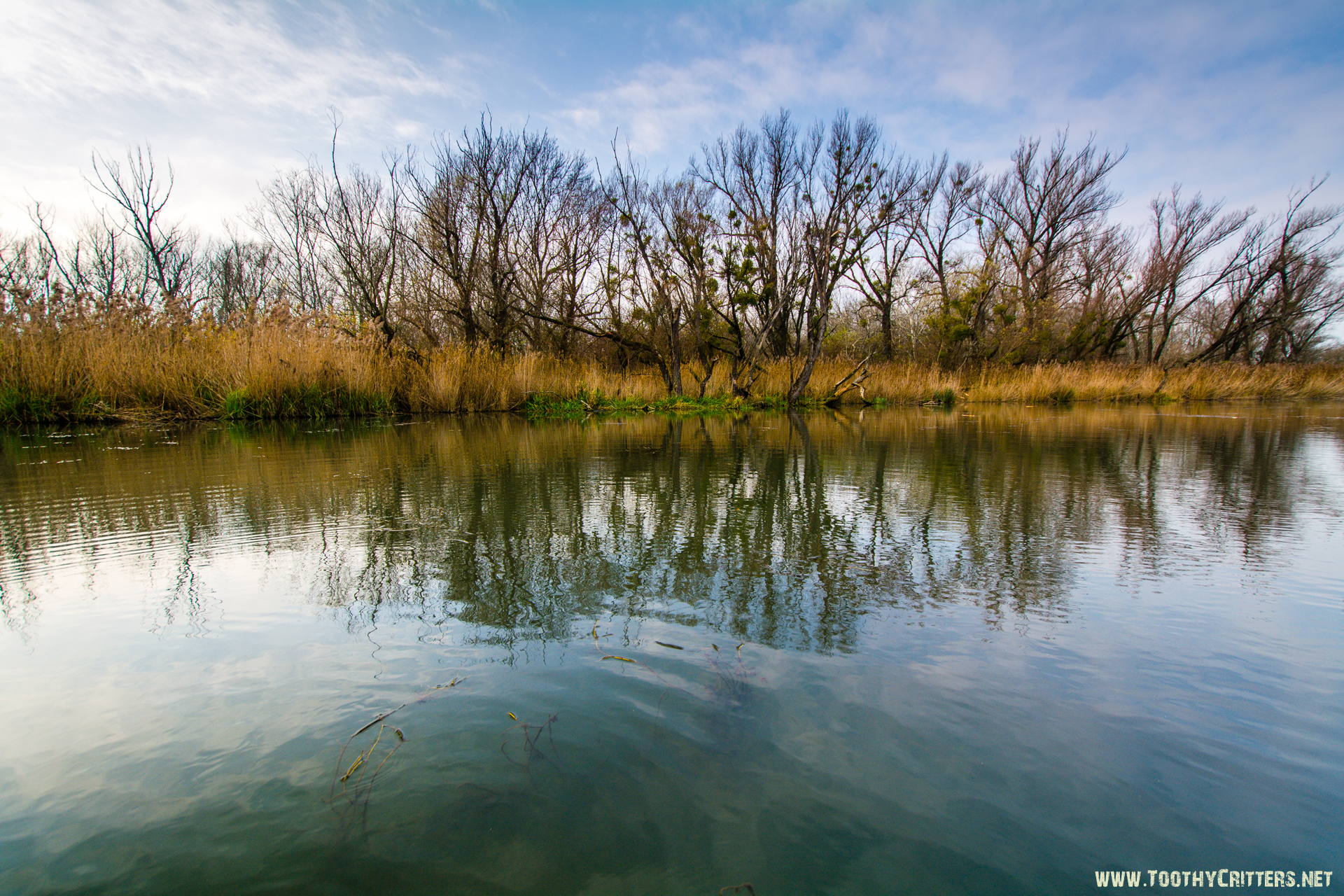 When I woke up this morning, the temperature dropped a little bit but it was still far to warm for this season. I didn’t hesitate with myself getting up since It was time to catch some nice pikes. Compared to many of my other locations this water was pretty close, just 45min of driving. Google Earth showed me the way where to start fishing. So far so good, so far so easy.

The Stempfelbach is a small branch of the river March, held back for energy generation. The water storage area, in this case a partially flooded forest is approximately 10 to 50 yards wide and roughly said half a mile long and runs partially through populated and agriculturally used area but with plenty of room for a lonesome fishing. This is how it looked from bird’s eye view 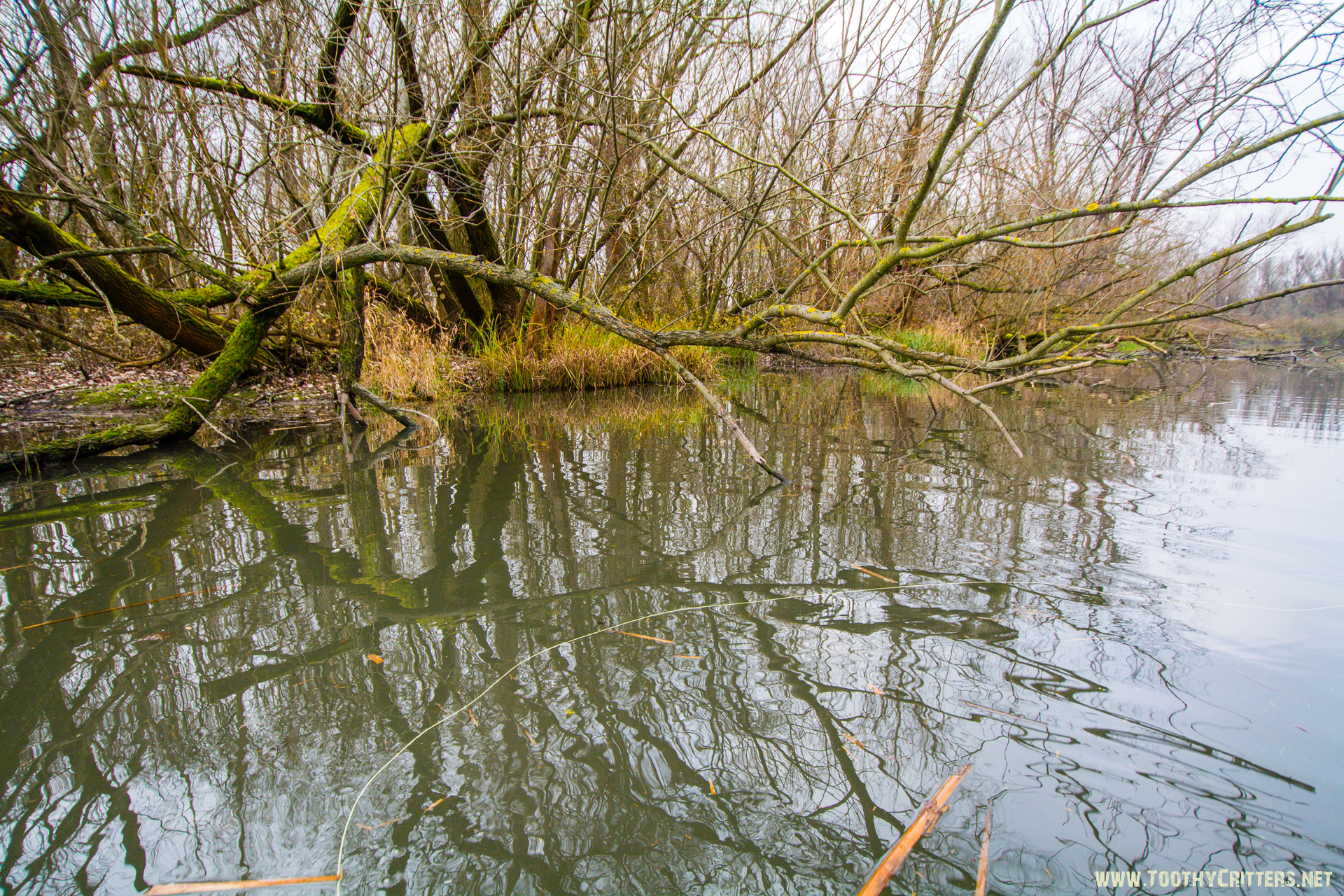 First pratfall At the inlet of this water storage area and the area below, the one which looked really interesting and natural, the water had a level maximum of 10 inches and knee deep mud. At first I though this will be just the inlet, but it turned out to be like this for at least three – four hundred yards. Just to get out of this mud took me a good hour if not more.

Second pratfall Guess? The water became deeper, so far so good, but now I found myself fishing in the middle of a town. Curious, on the left side there was a beautiful natural bank and on the right side an ugly agricultural bank. Not what I expected.

Third pratfall Exactly at the ugly bank the pikes where active like I never have seen before here in Austria. Every minute a pike broke through the surface on the hunt for a hopeless baitfish. Not the worst thing but, why must it be exactly on the ugly side.

Fourth pratfall If you now thing that catching of these furious pikes is a piece of cake you are wrong. The problem with such exclusive waters is that everybody want to fish there and especially for this location, I learnt later, there is a real fishing tourism. The pikes did know my flies very well. No wonder if every day somebody is fishing there.

So what made this trip not a complete pratfall. I took the challenge catching pikes that seem to be uncatchable and catch those pikes that nobody else caught before. In such a situation you have to solve two problems by questioning the situation. Where does all the other fish? What lures do all the others fish? Everybody fishes there where the easy catch can be assumed, And beside some strangers that fish with the fly, the fly is still a bit of a exotic lure for pikes here in Austria. Last but not least its not bad if you know how to move your fly

In the end I caught a good number of pikes and although it turned out not be be my most favorite water I had great fun there.

Ahhh, before you think, this doesn’t look all to bad, I intentionally didn’t made pictures of the ugly side. And I can not presume that somebody would be interested in them? 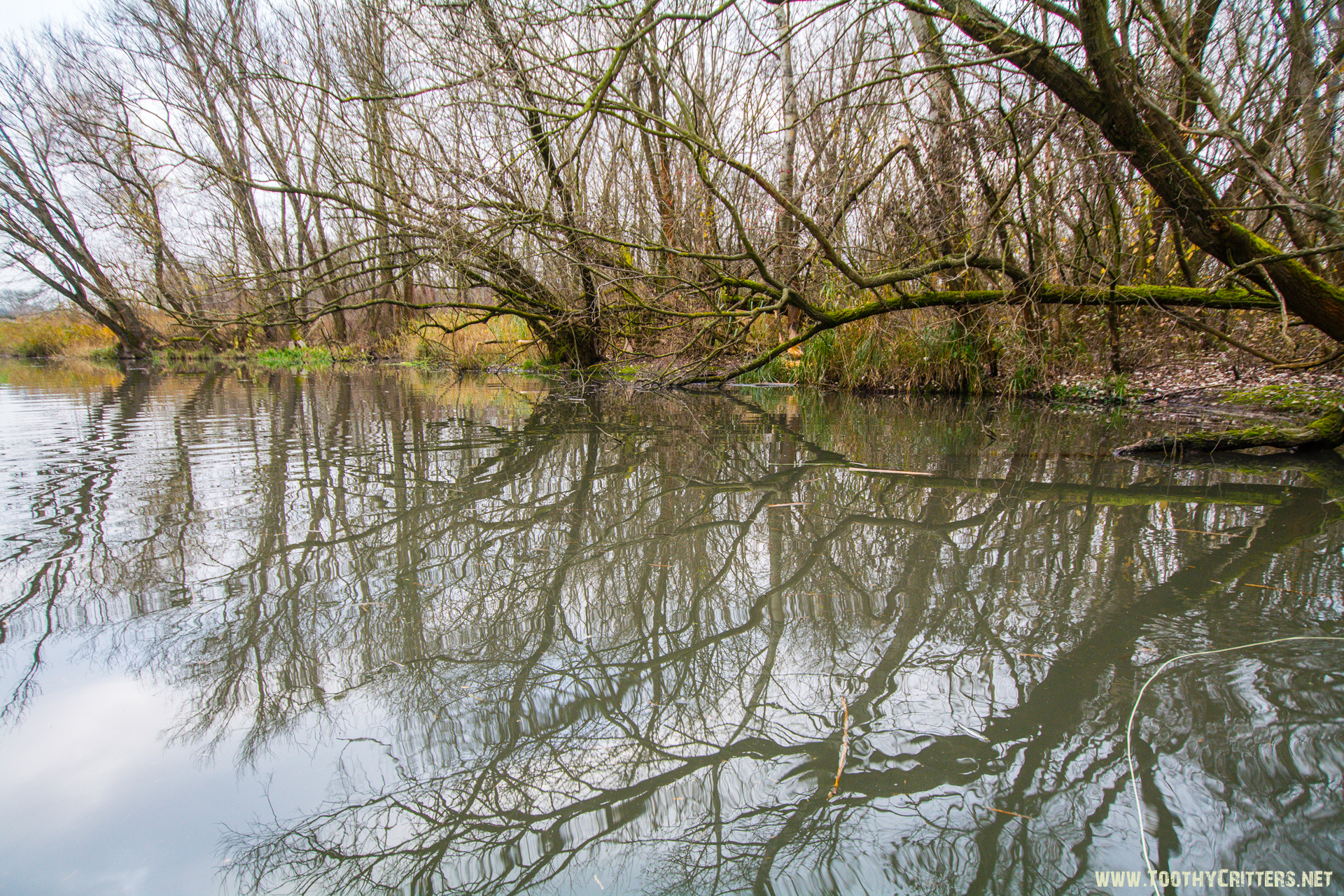 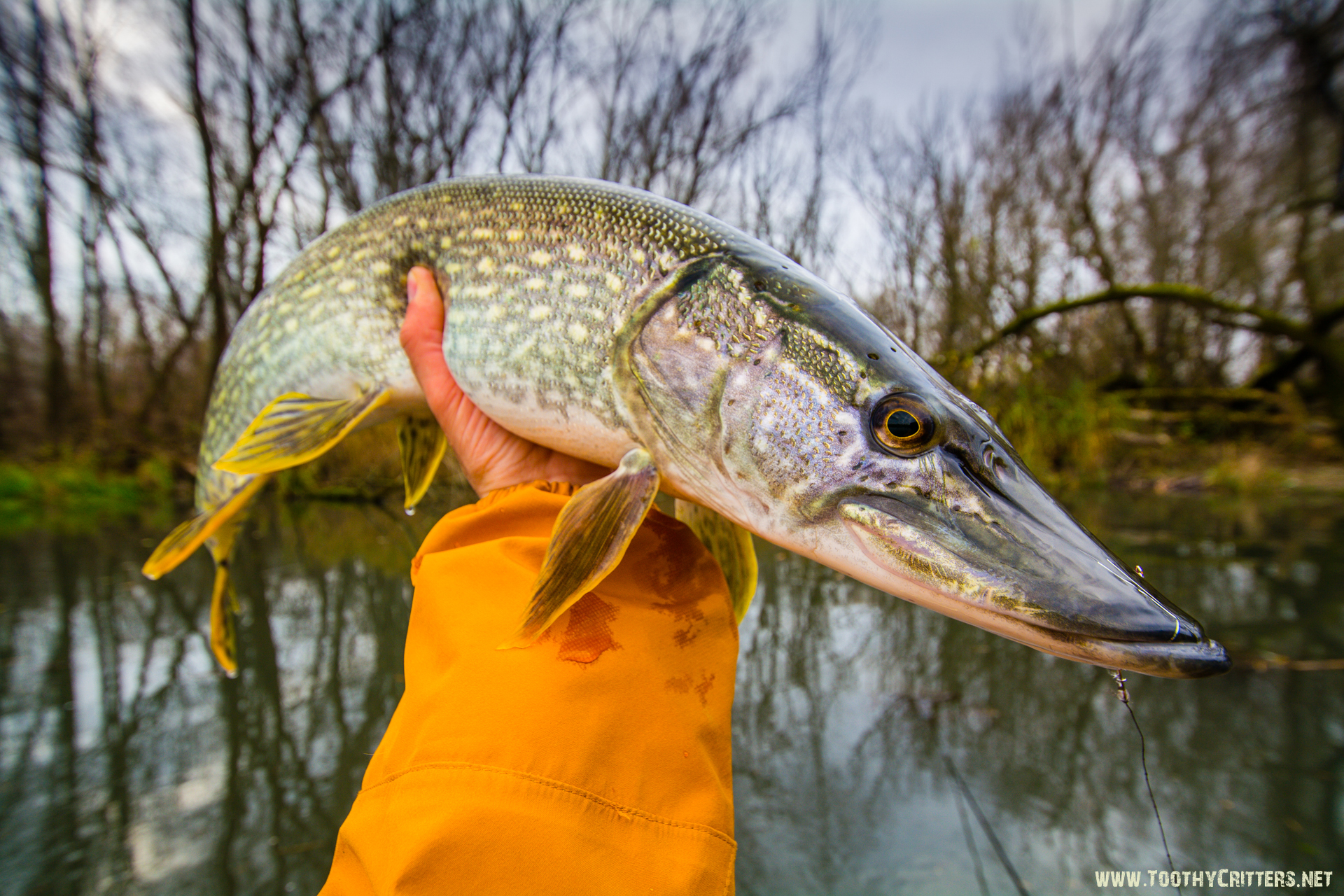 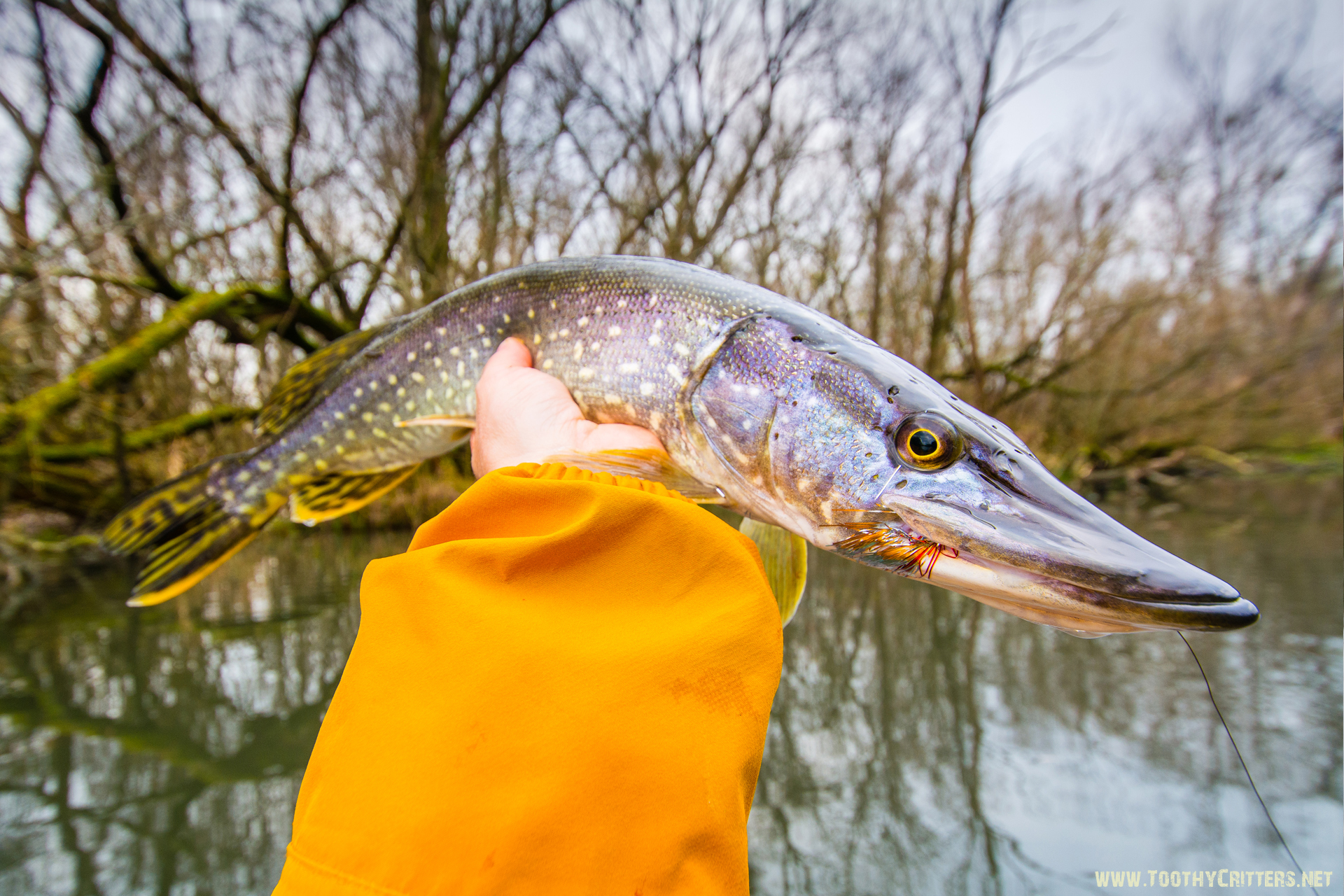 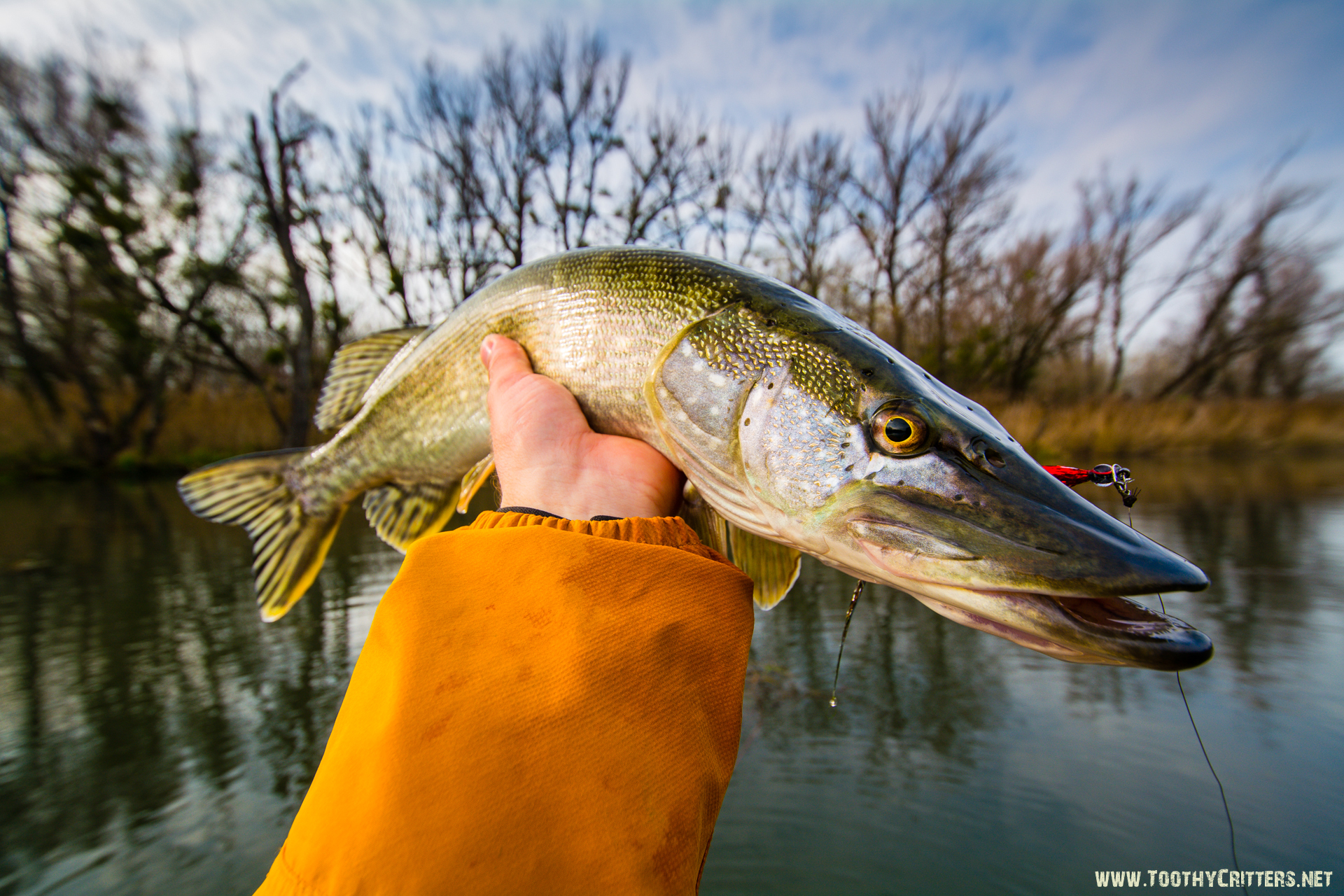 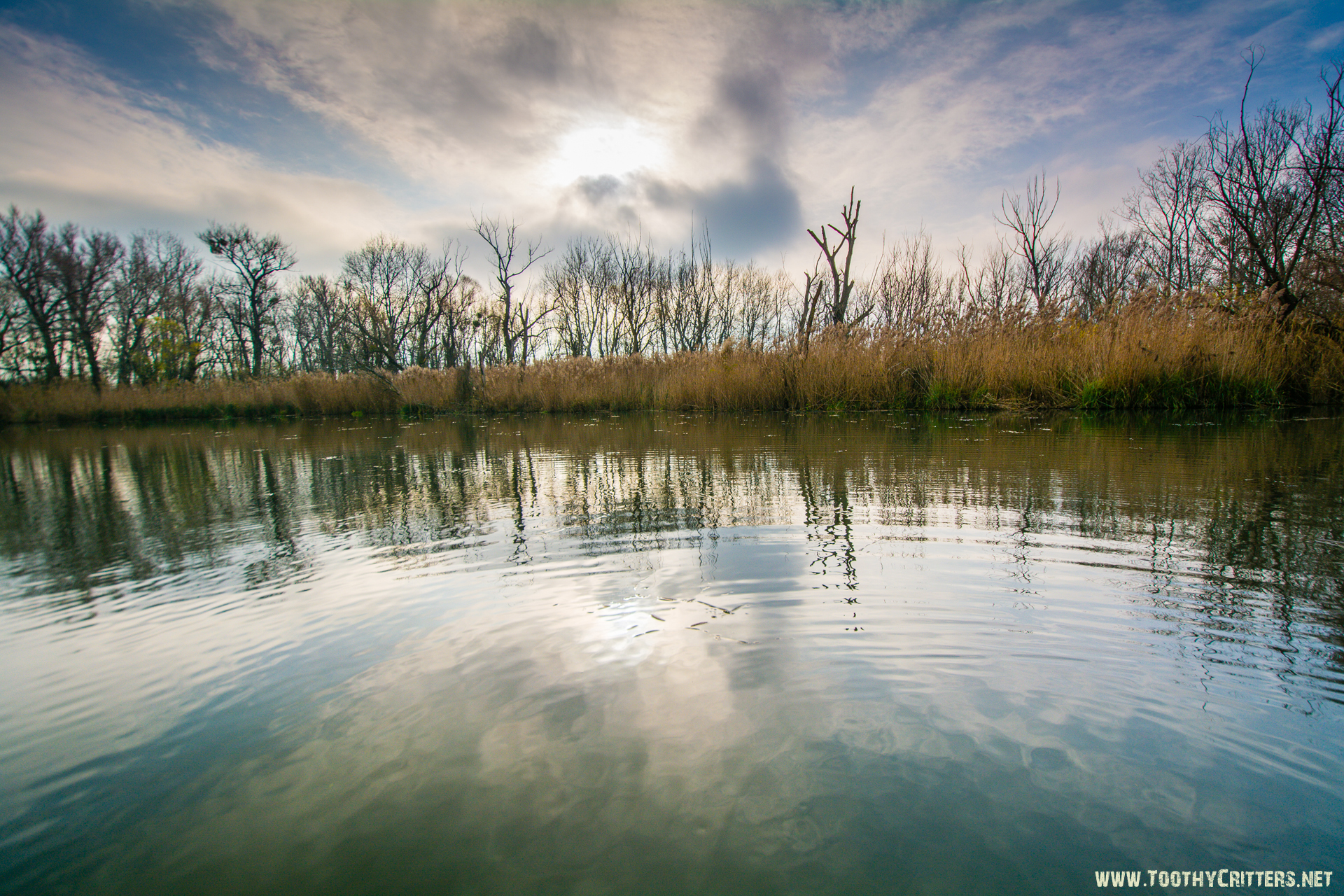 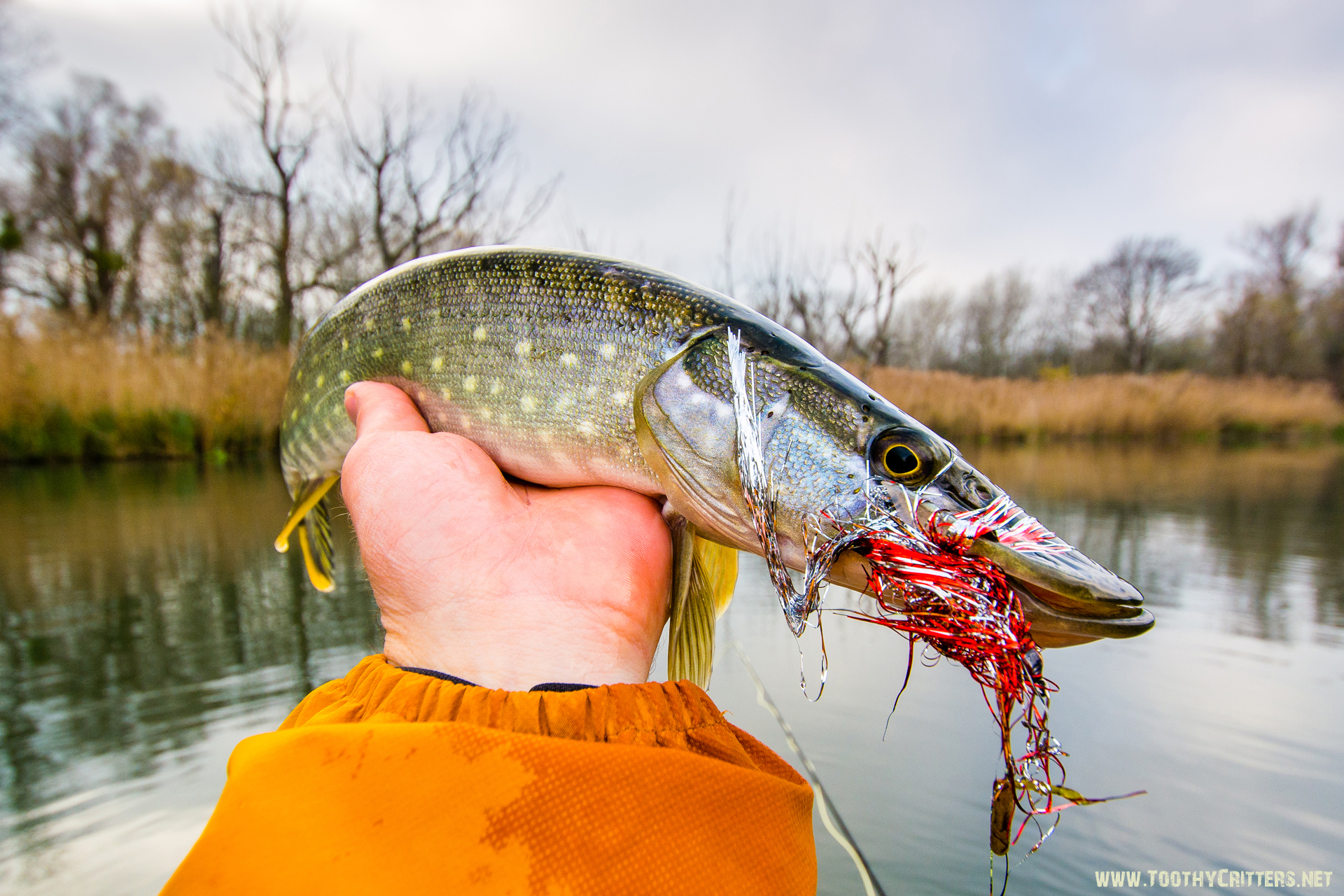 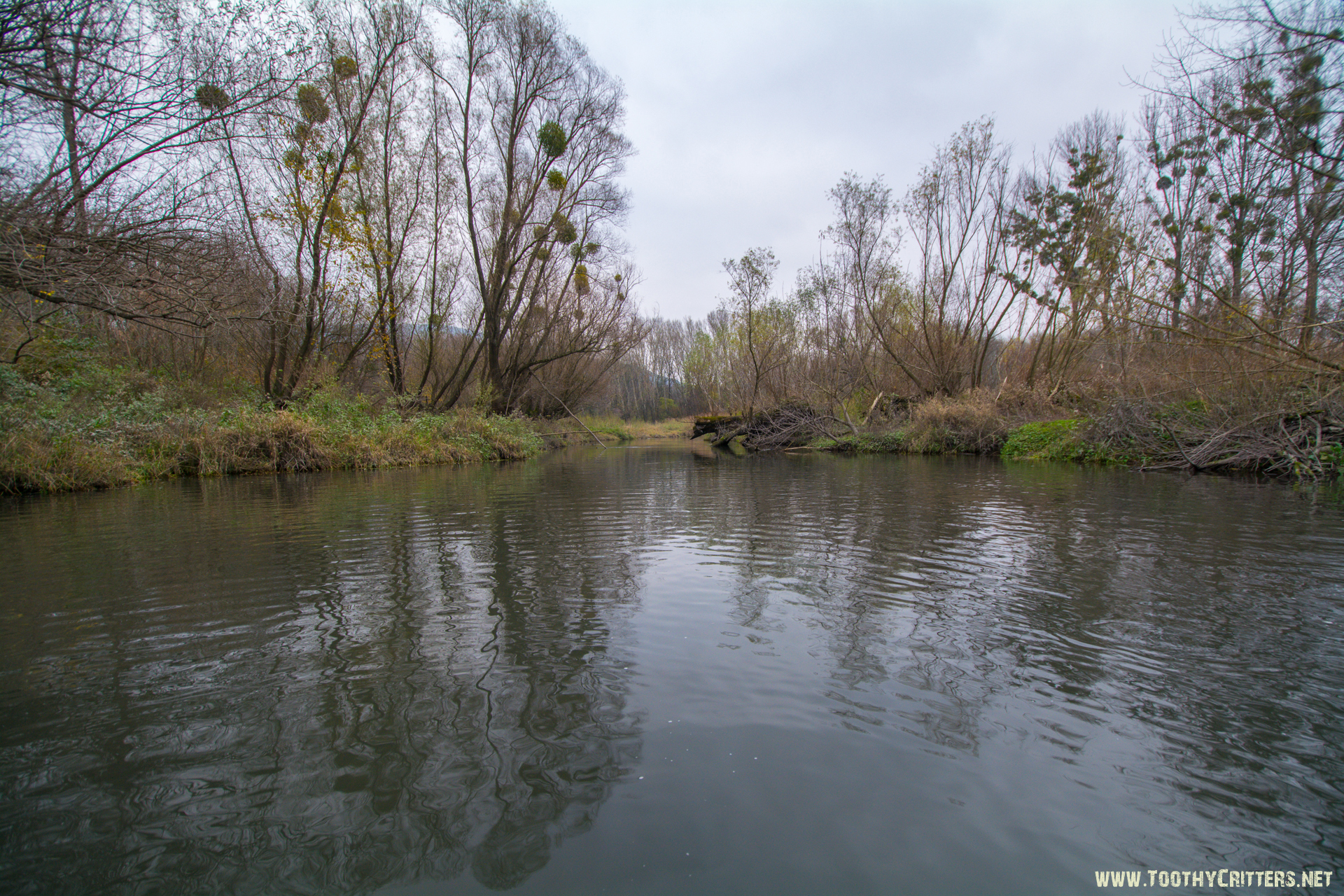 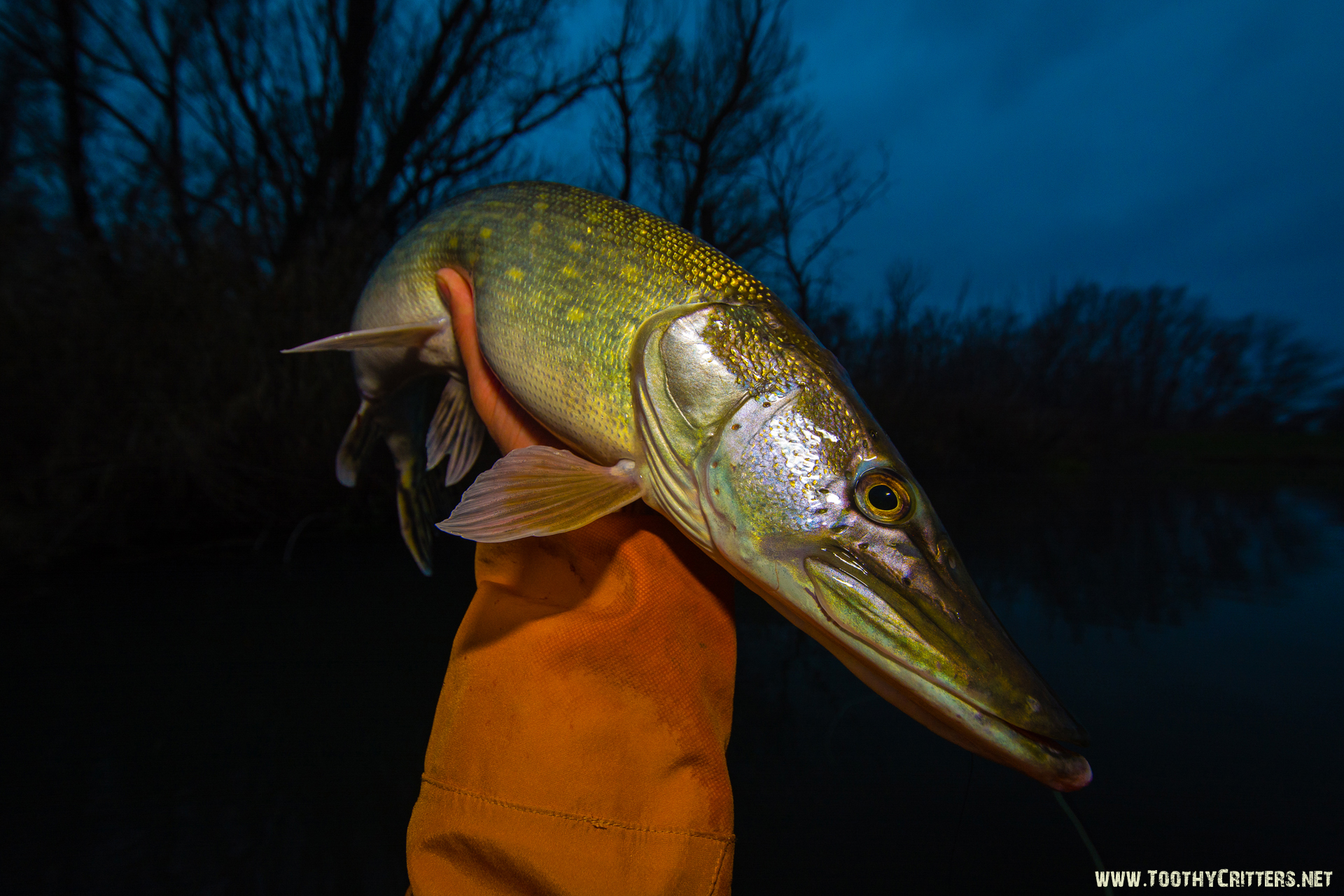 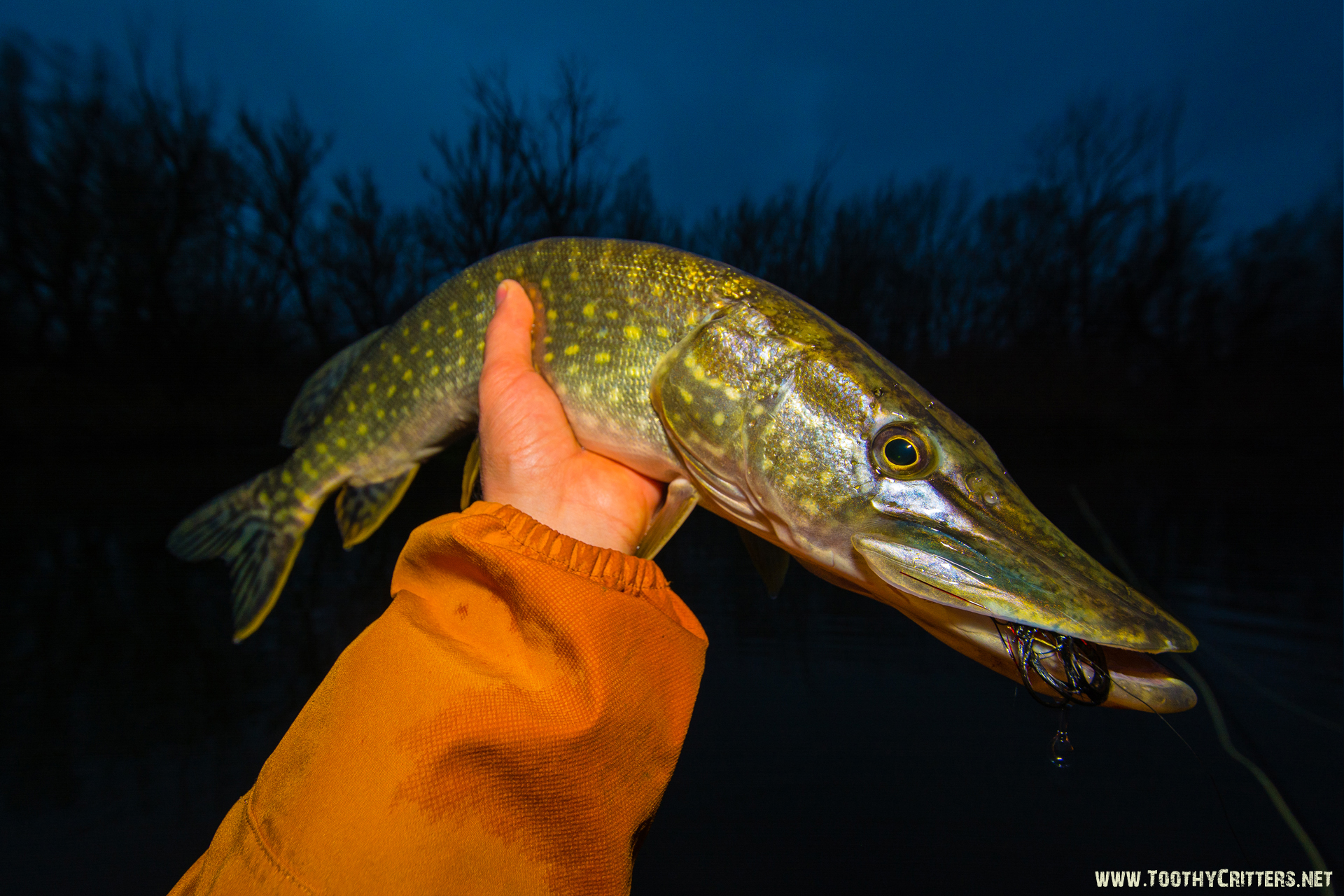