So far I didn’t had luck with the big ladies this season. Now in spring the chance is high to draw them out. They need to feed as much as possible for the upcoming winter and more important for us fishing guys is that the all present water vegetation is dying and opens up area that couldn’t be fished during the year. Now see what happened. 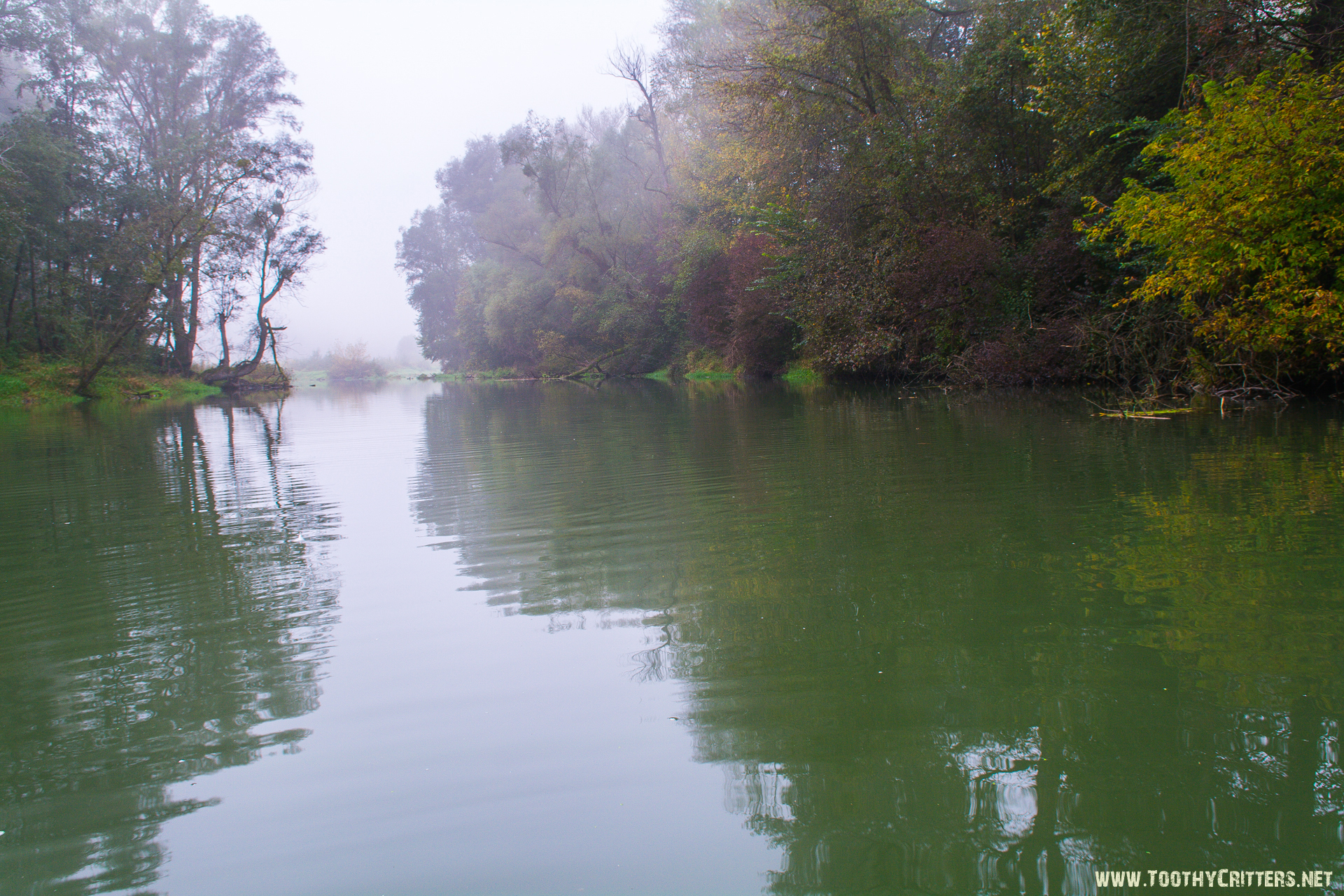 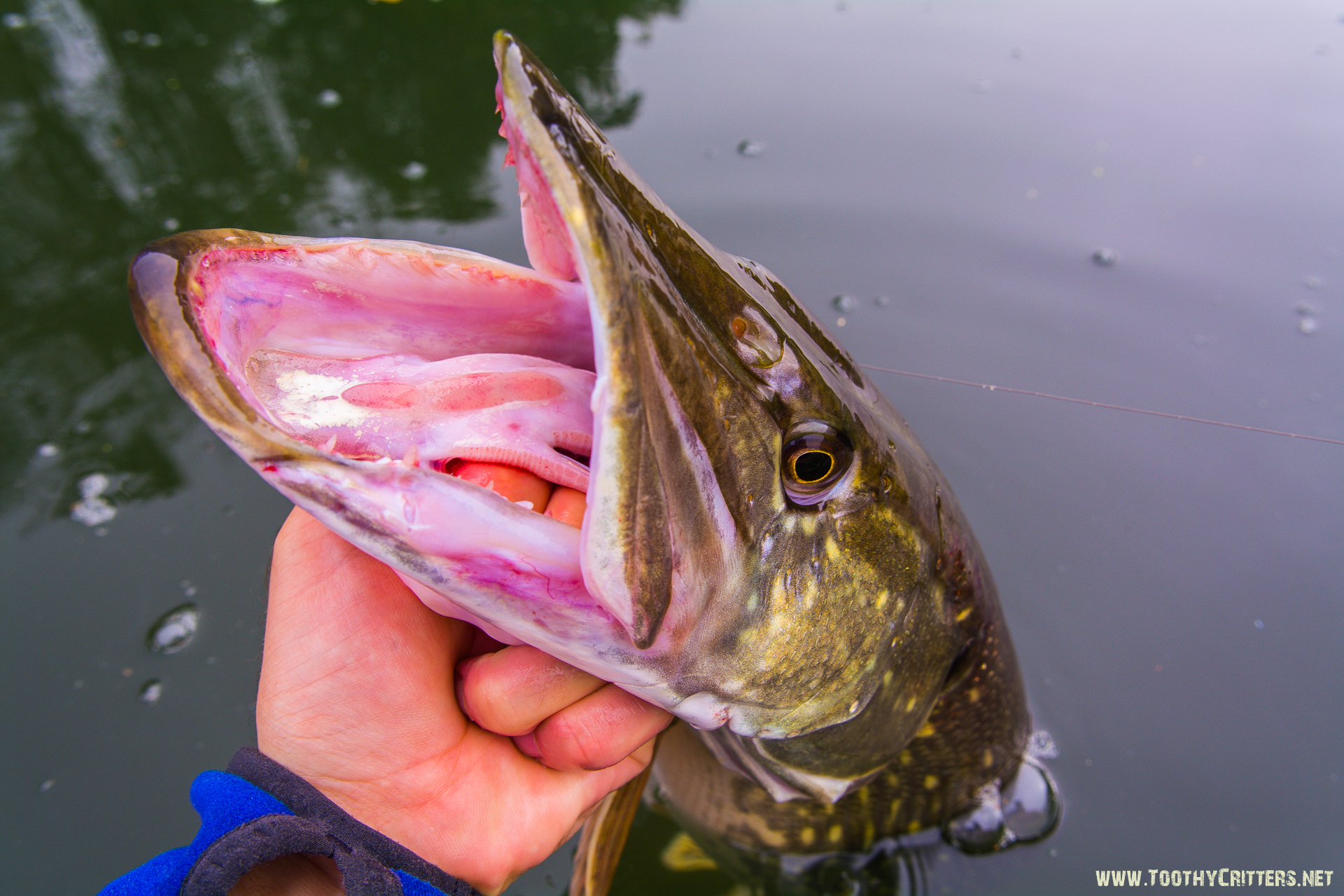 It was planned to fish with my mate Stefan. I was the first on the water, hoping that the pikes were feeding in the morning hours. I like the early fishing, the fog that covers the area into clouds. The atmosphere is very mystic.

I started fishing in a very shallow part of the water system casting along of weed banks lure them out of their hideaway. That’s usually always successful, with a fish a attacking the fly sooner or later. So also Sunday! In the shallow water, slightly murky I was able to see the attack. Like a lightning the fish grabbed the fly… bang… A nice 70-75 cm pike was the reward of my early get up. 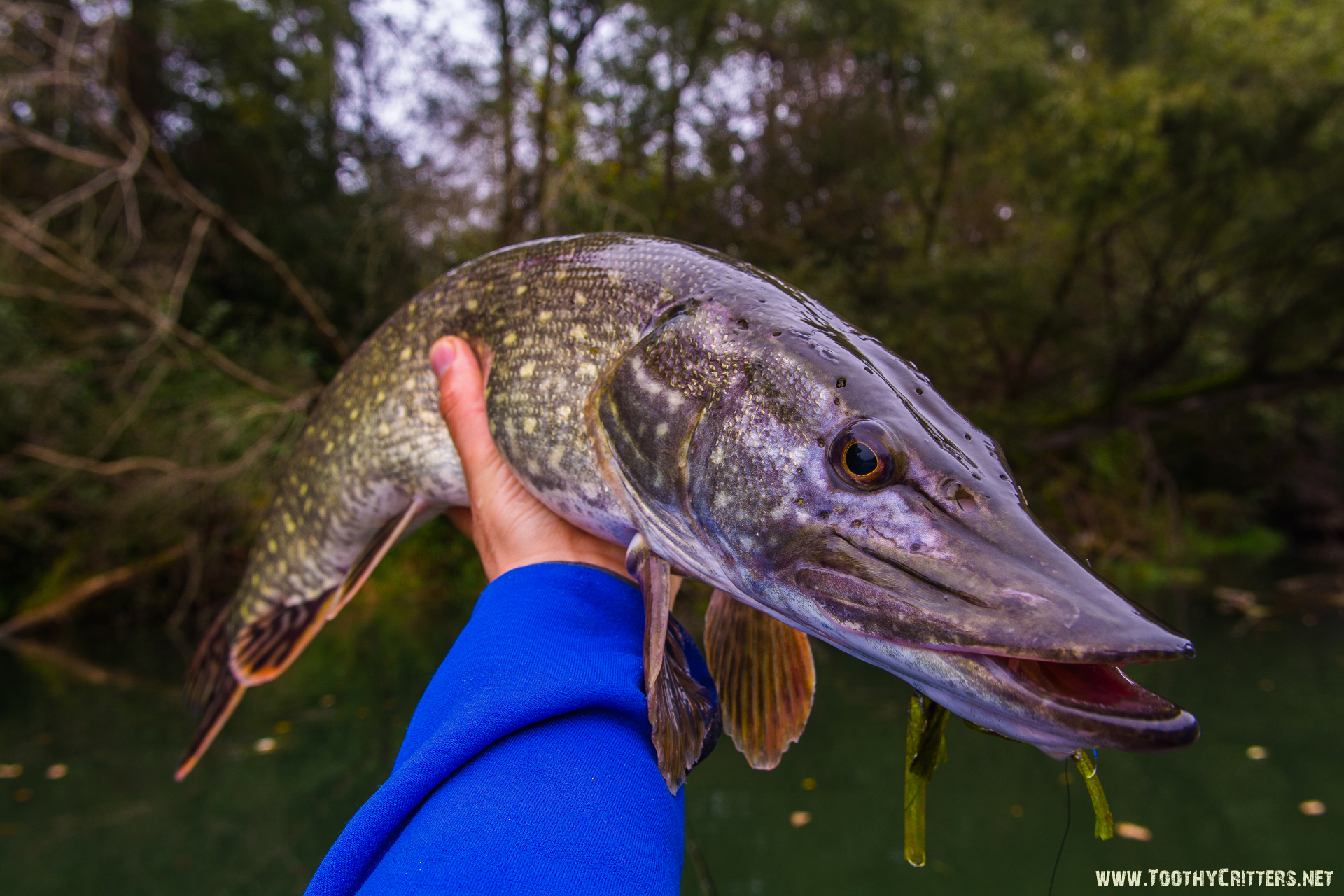 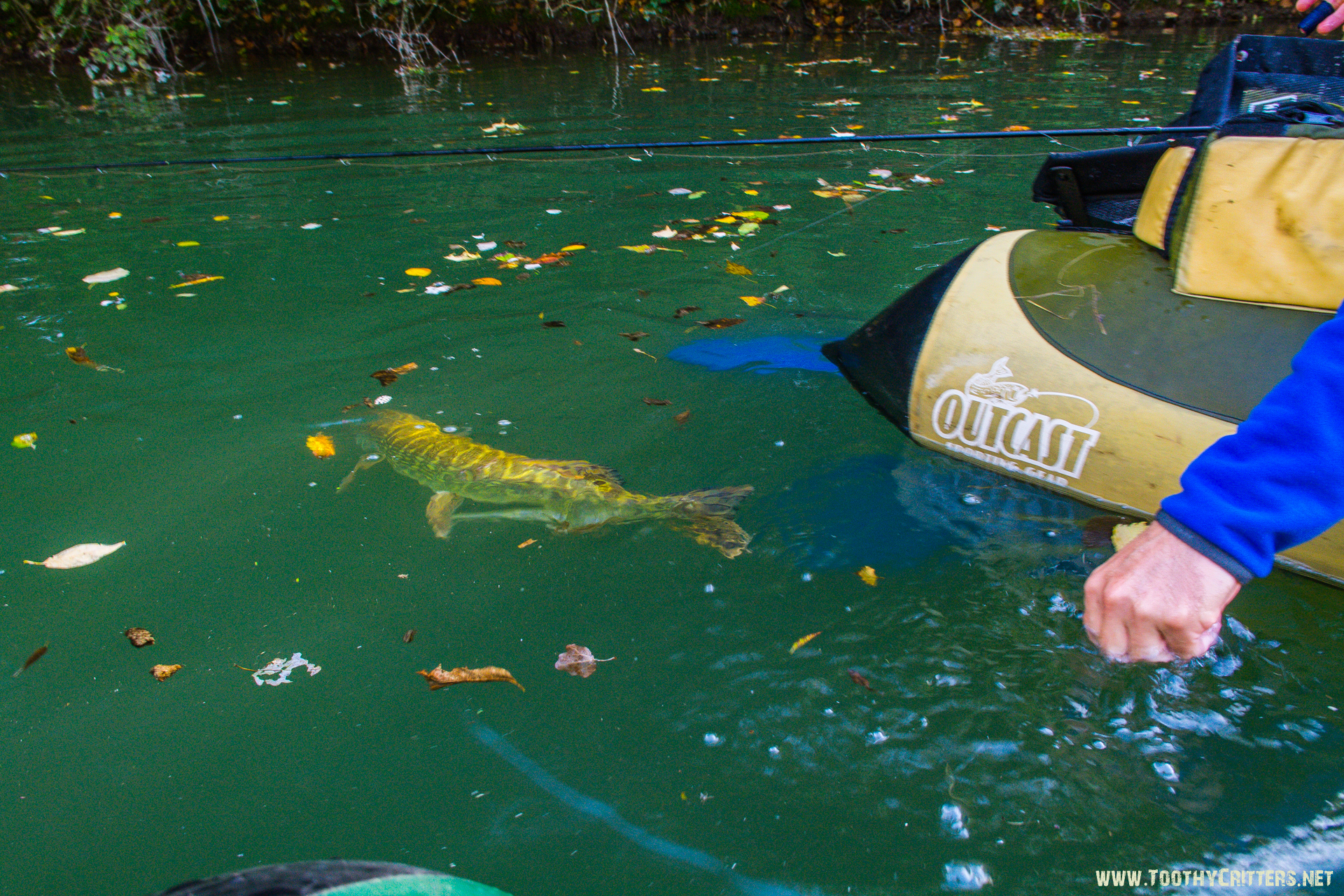 But this was not the only pike this lucky morning. Some more casts later, same fly, close to a sunken tree another strike and from the first moment it was clear that this is a better fish. And this fish had no intention to be landed, truly an intense fight for a pike. A few intense minutes later I slit my fingers into the gill plate and landed a wonderful 90+cm pike lady. What a fish!! And if this wouldn’t be enough the sun came out, the fog cleared and I hooked two more pikes. And this before my buddy arrived. You can image that I had my jokes with him. 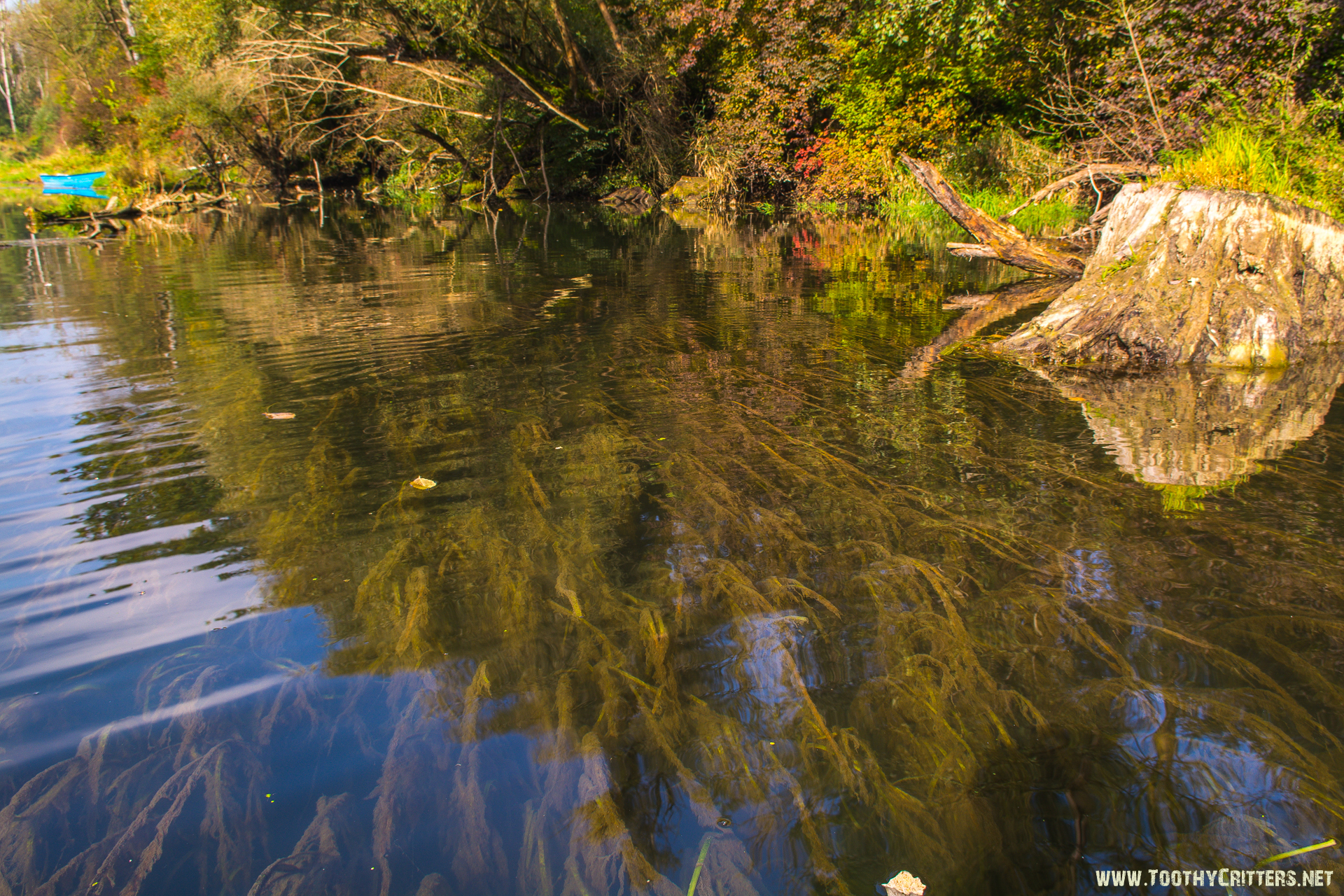 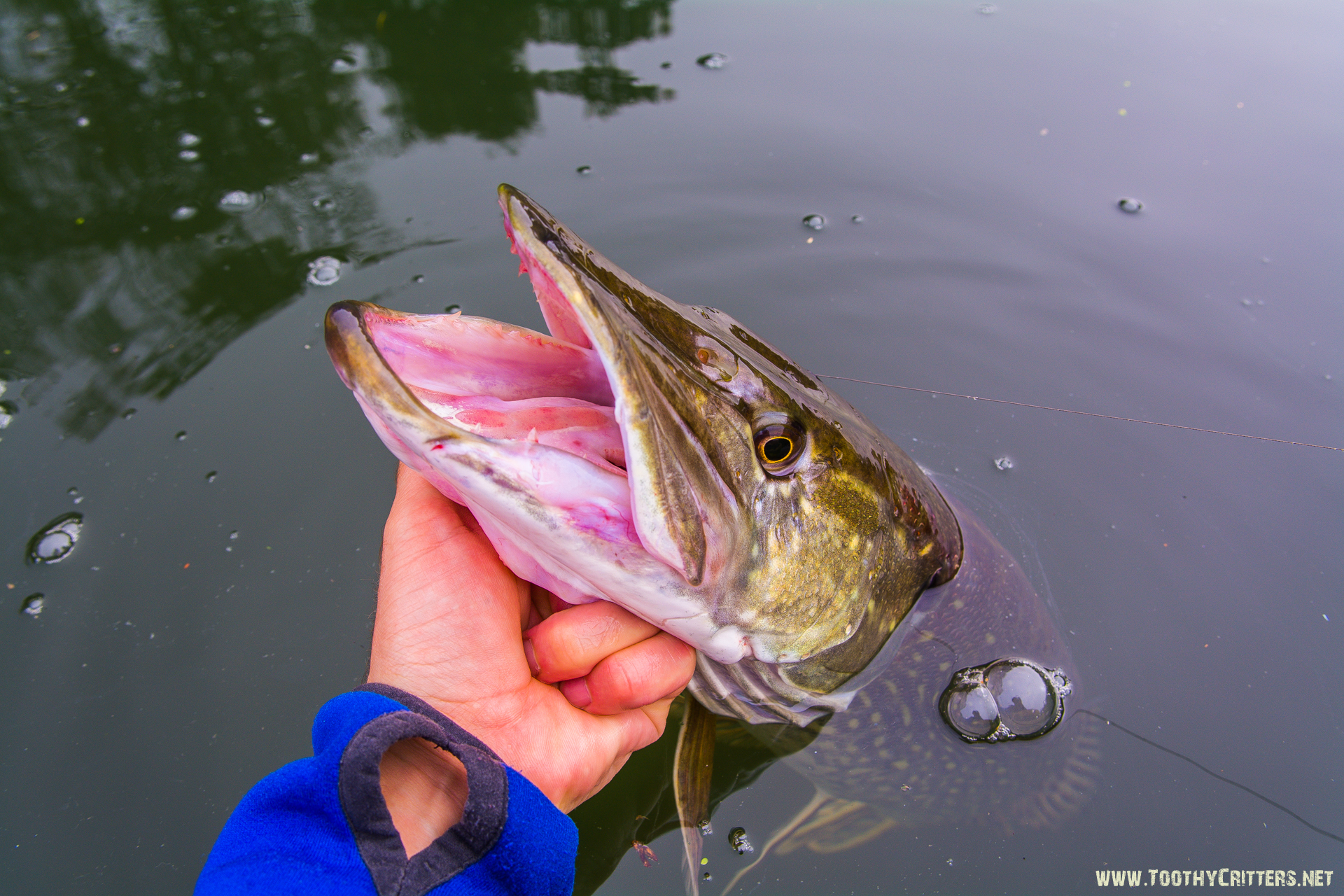 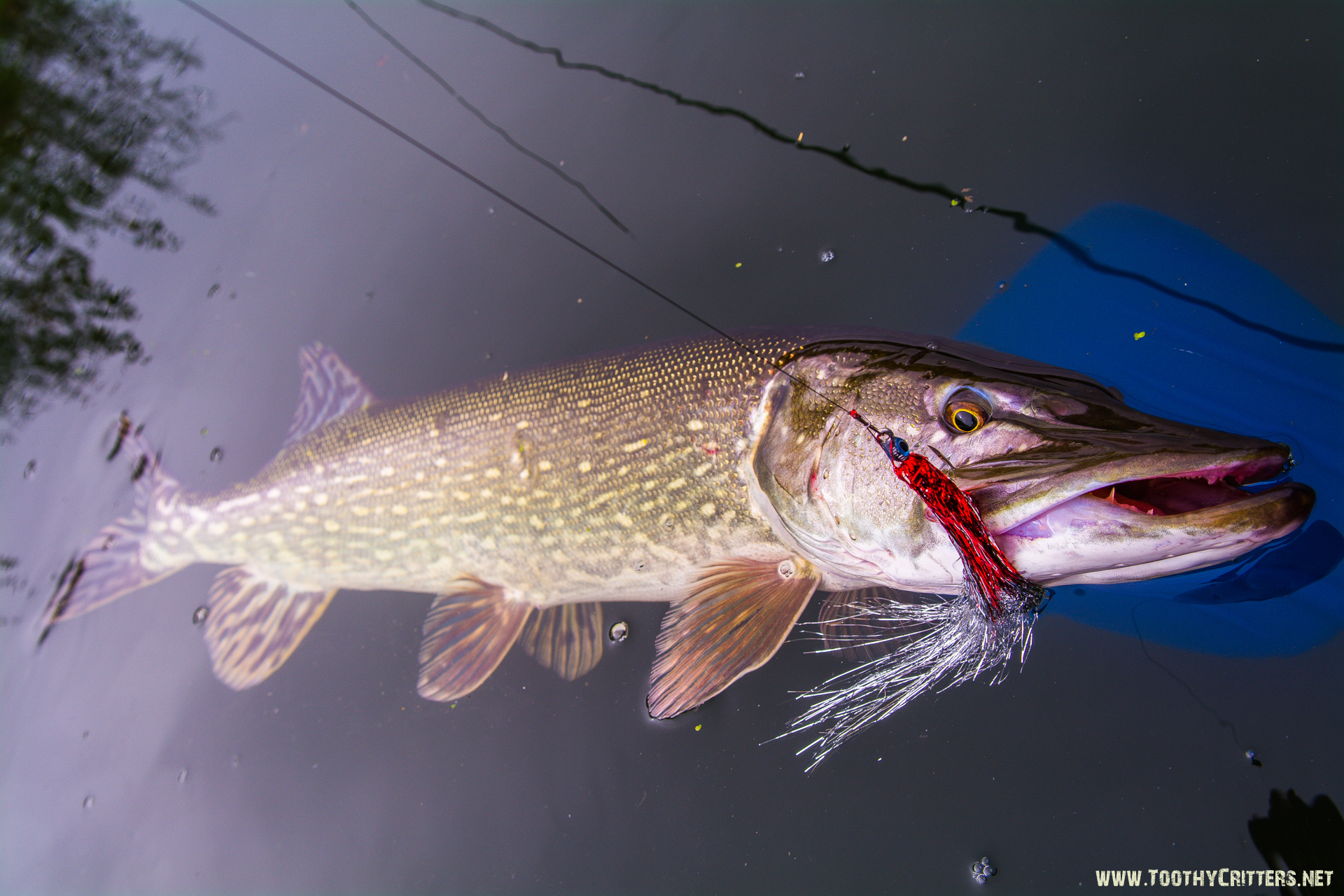 The day continued as good as the morning started. With the sun the pikes became appetite on our flash flies. Till the afternoon fishing down both sides of this cutoff lake we had several more descent pikes attacking our flies. Unfortunately some of them did get away. 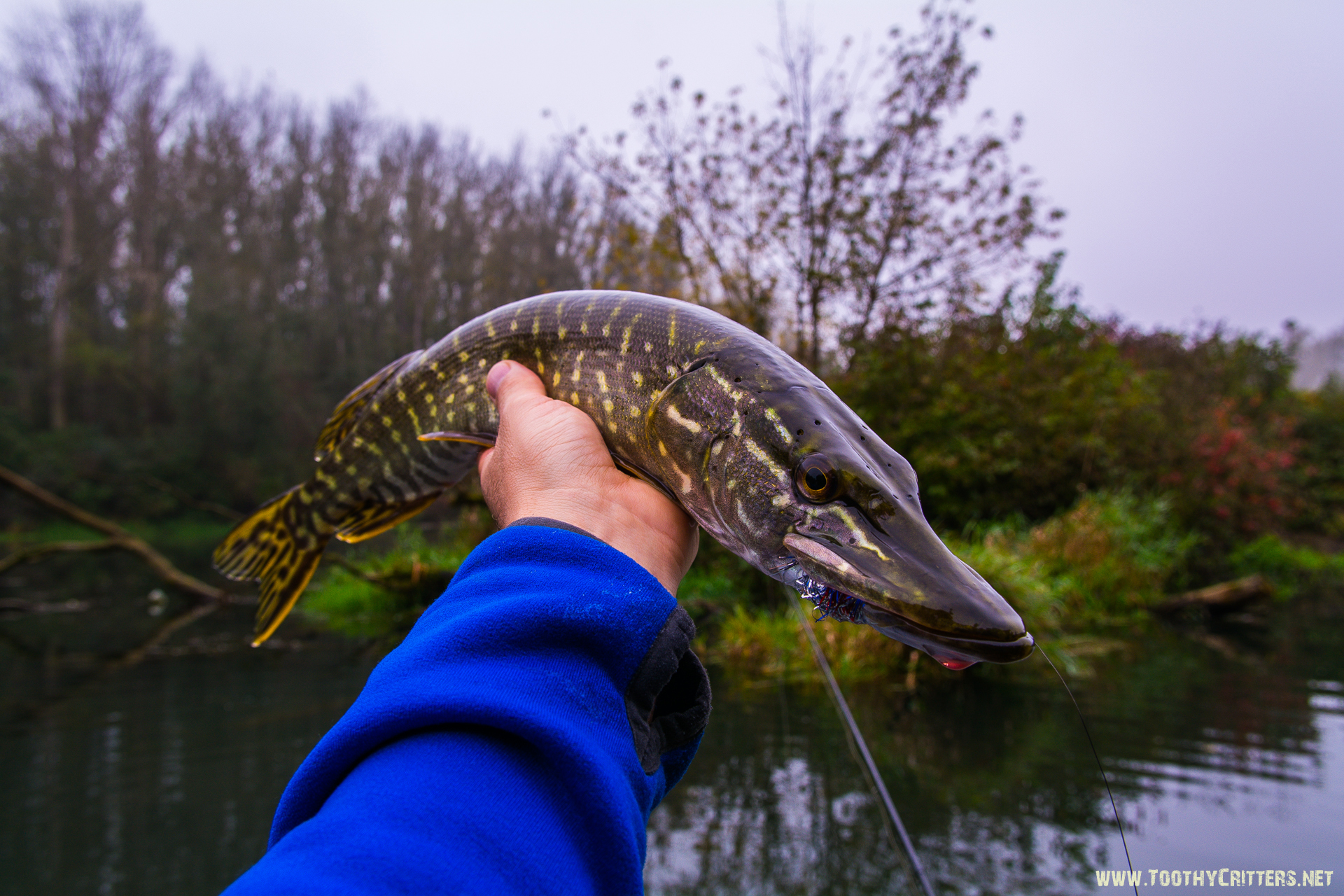 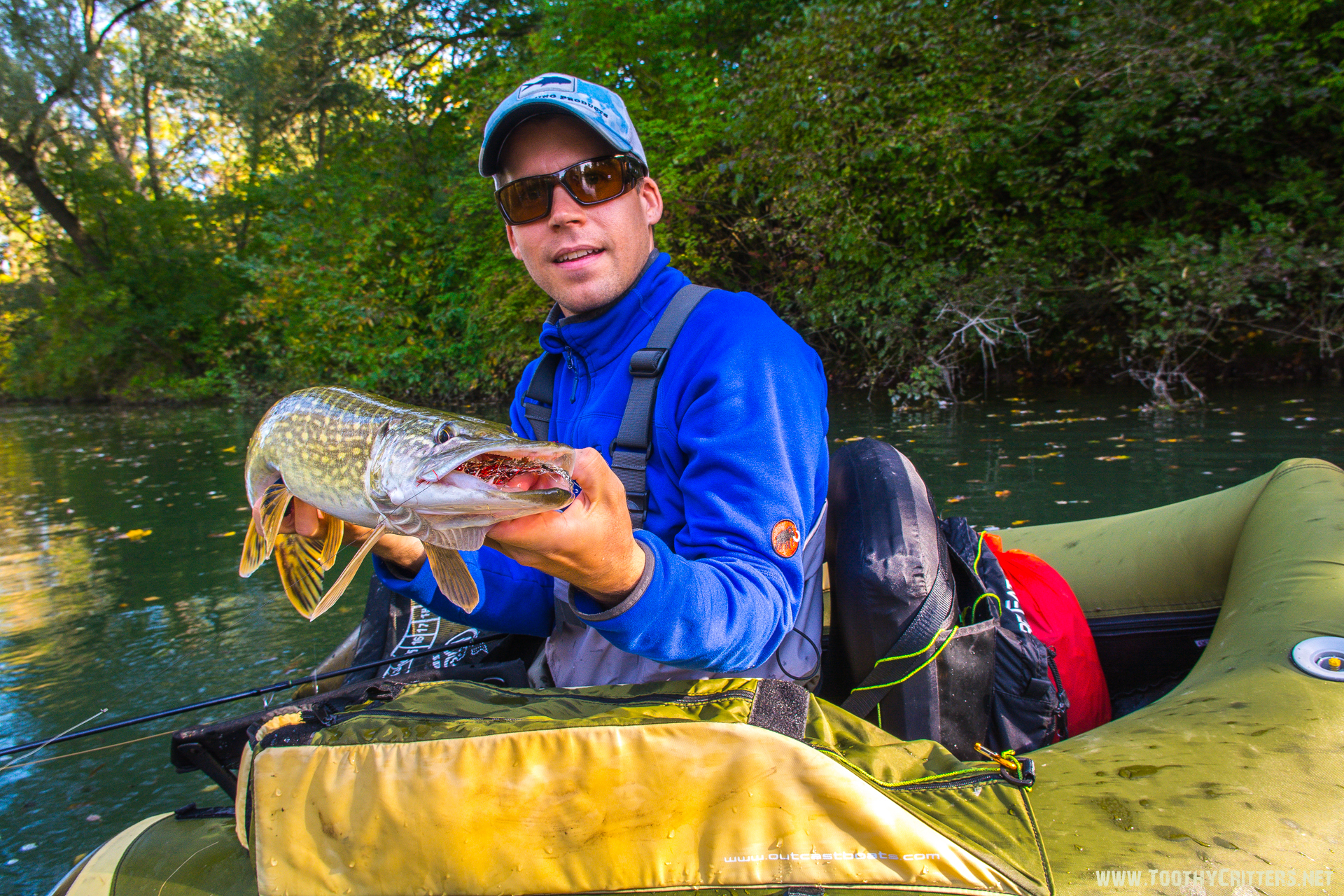 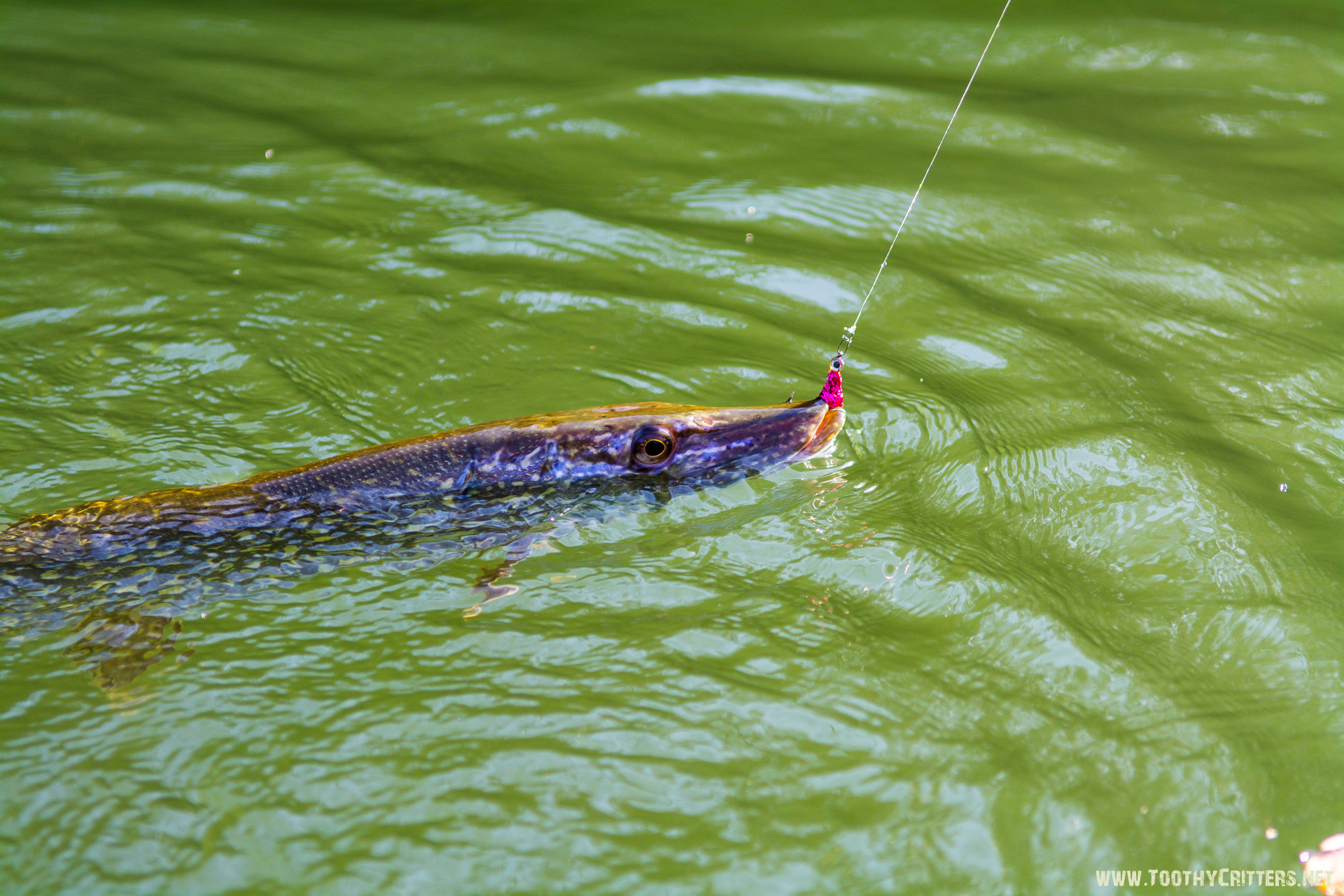 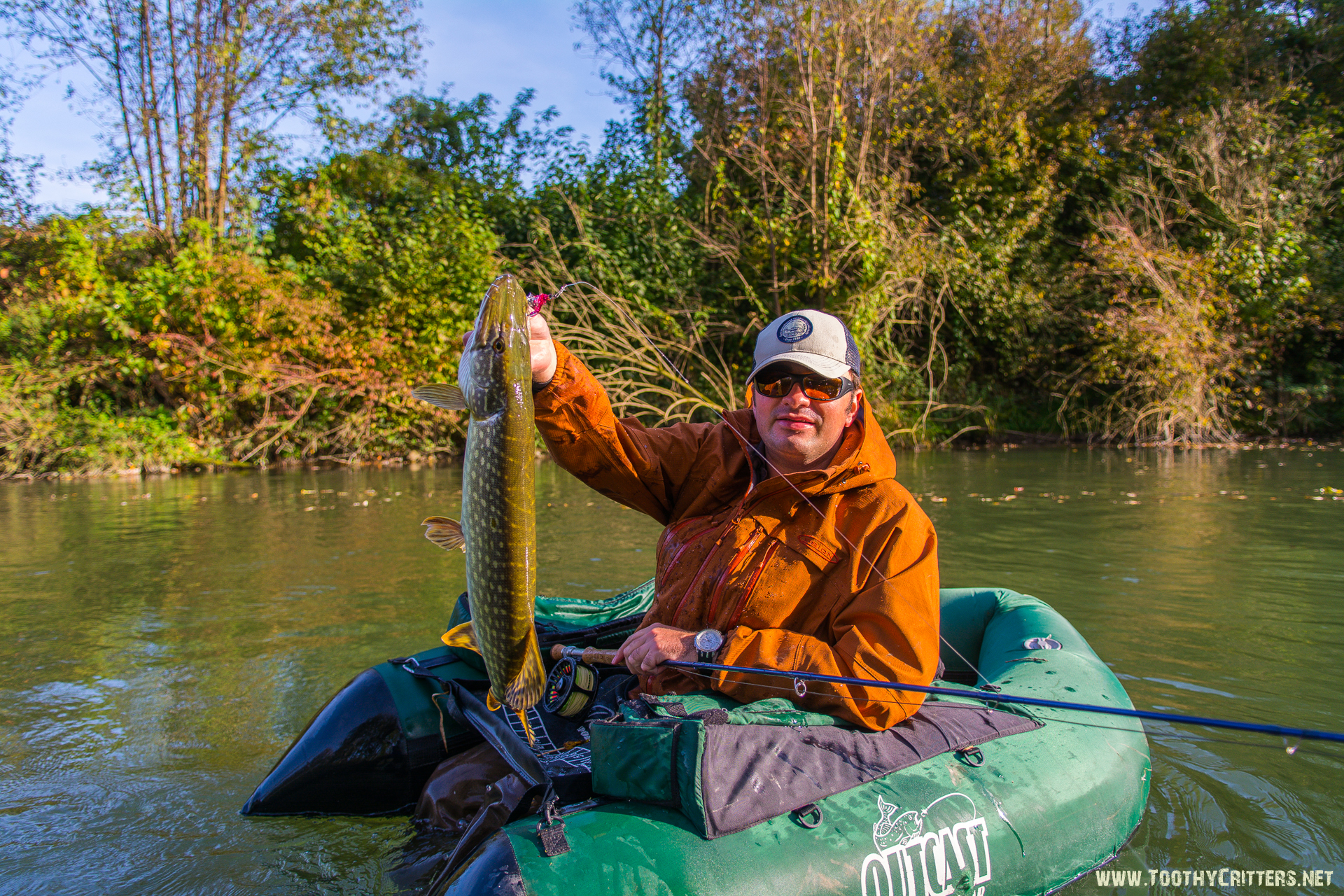 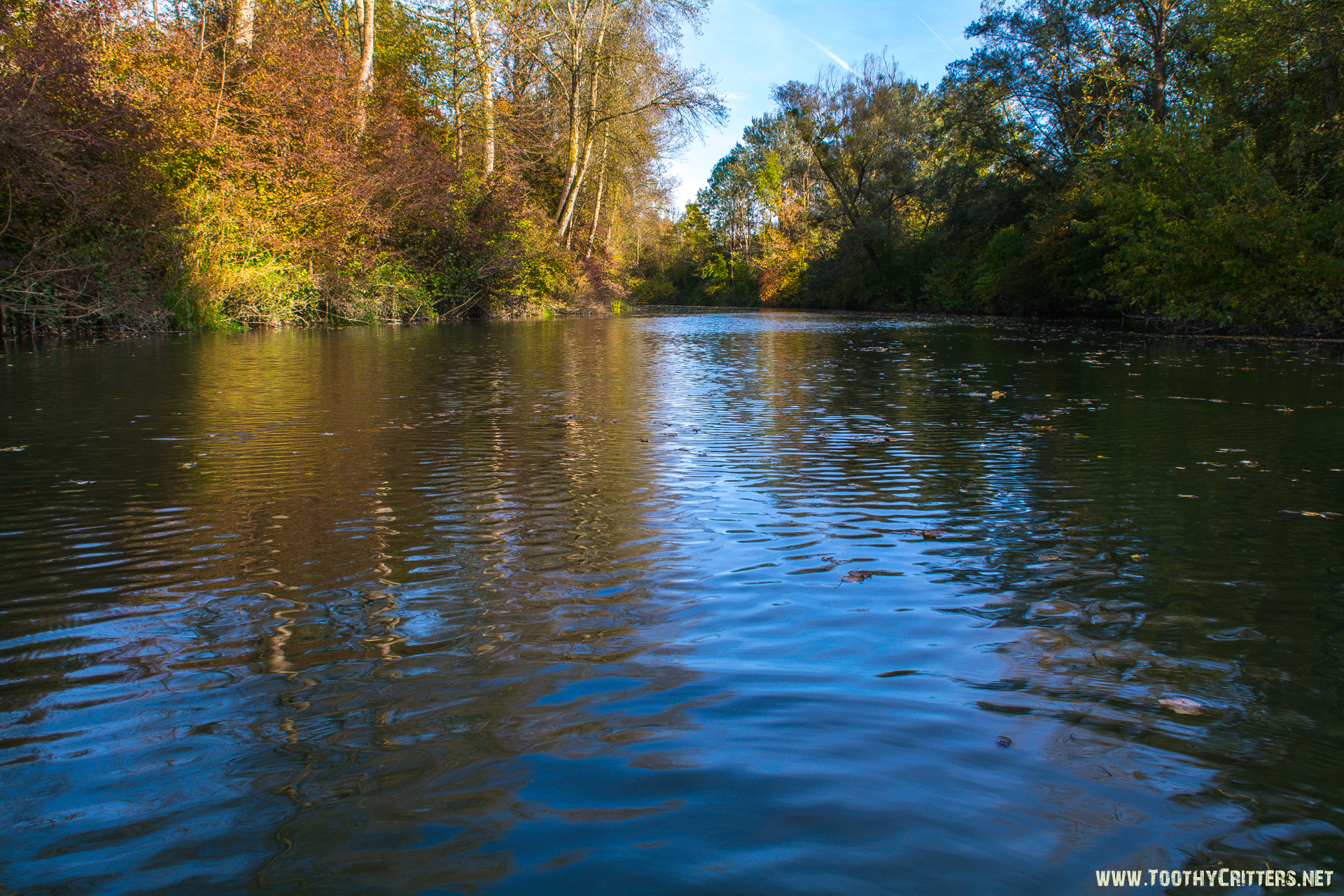 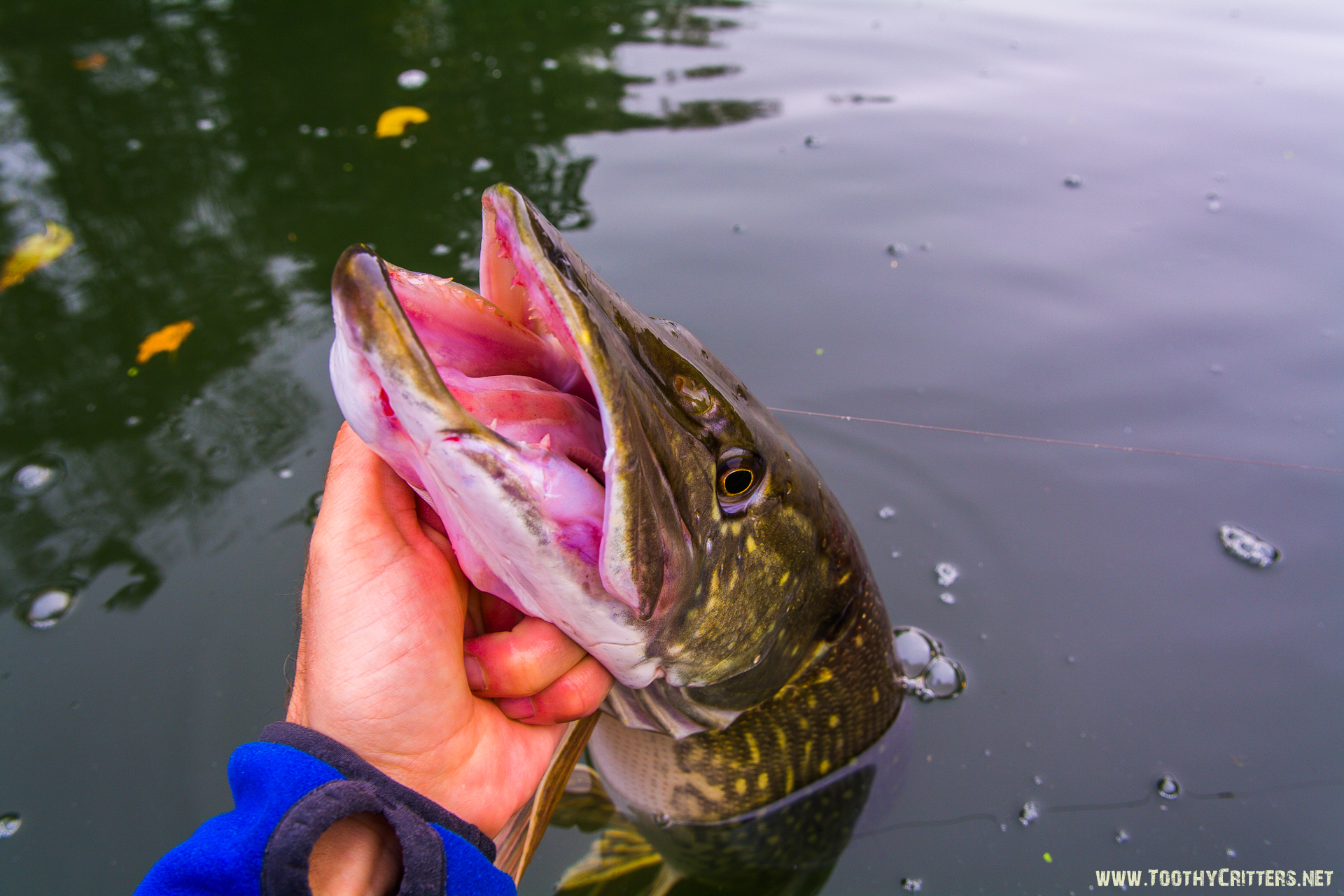 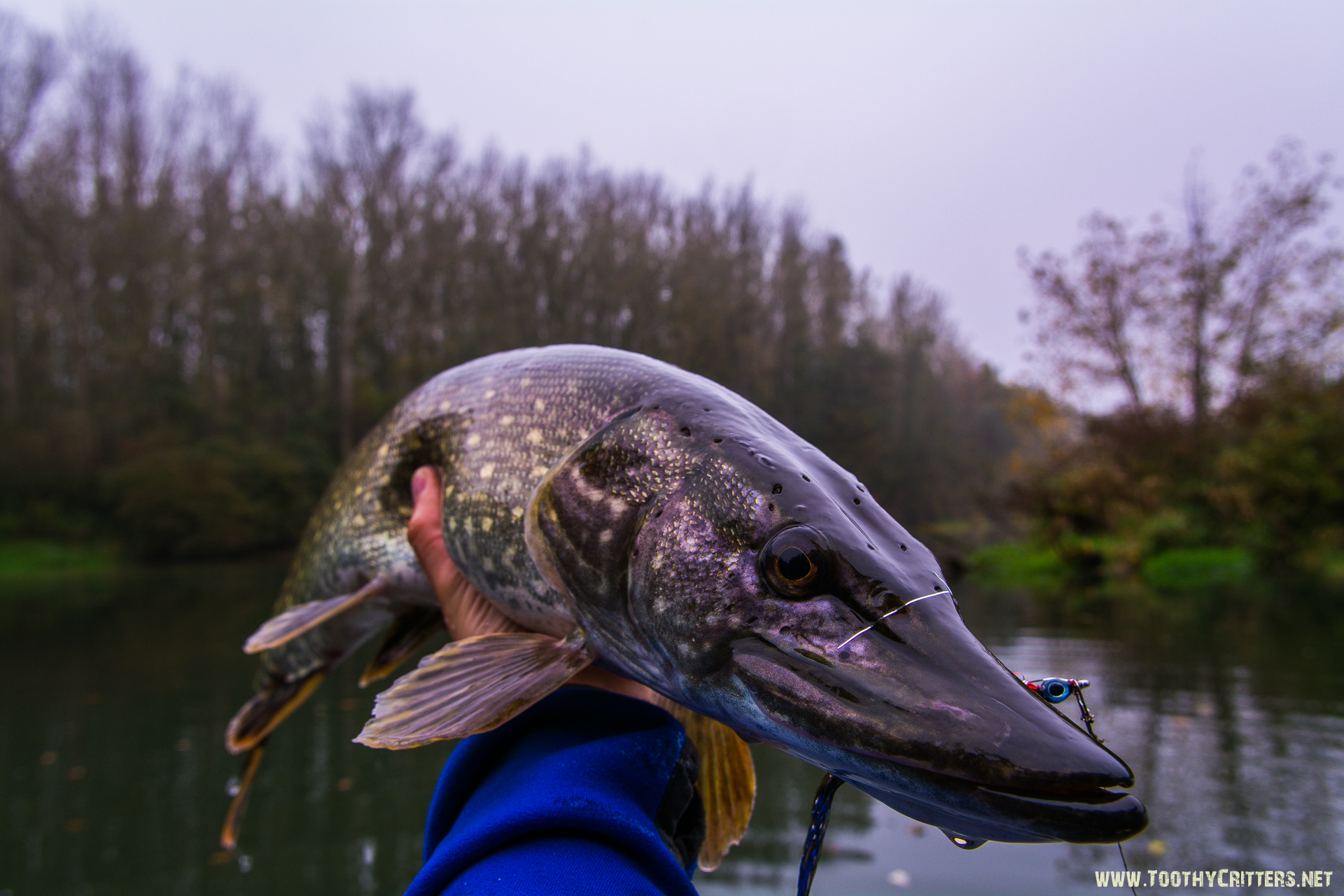 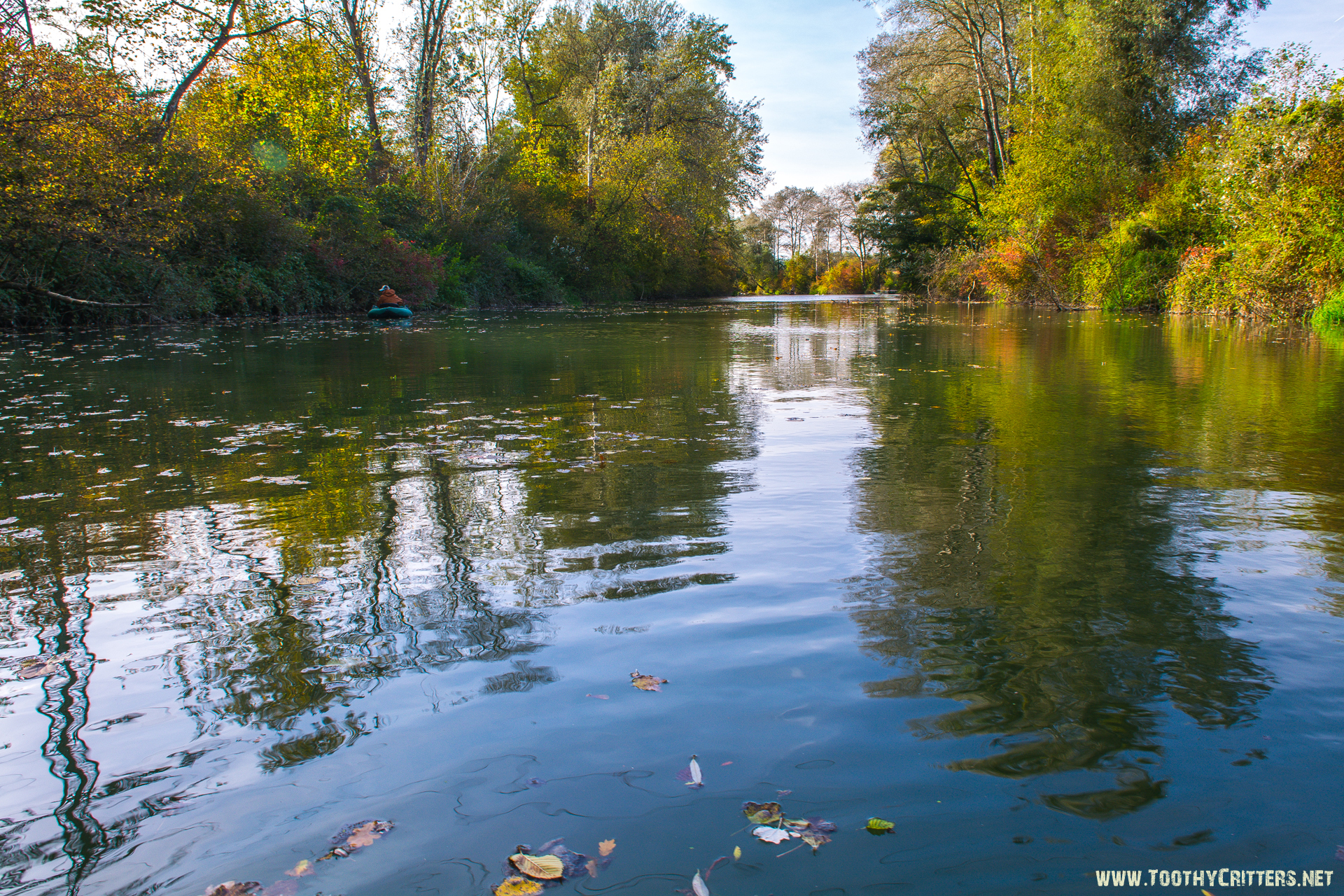 The absolute craziness of pike fly fishing. Such days are really rare for Austrian pike fishing. They do exist but you have to be at the correct time at the correct place. Why preparing all this I’m in good hope that maybe the on or other good day will be granted to me this year.