Fishing with two buddies, nice weather, a lot of pikes, and a real big fish. Just that I’m going to fish with my buddies was clear when I woke up at 0500 Saturday morning. The rest was just pure fly fishing fun for pikes. 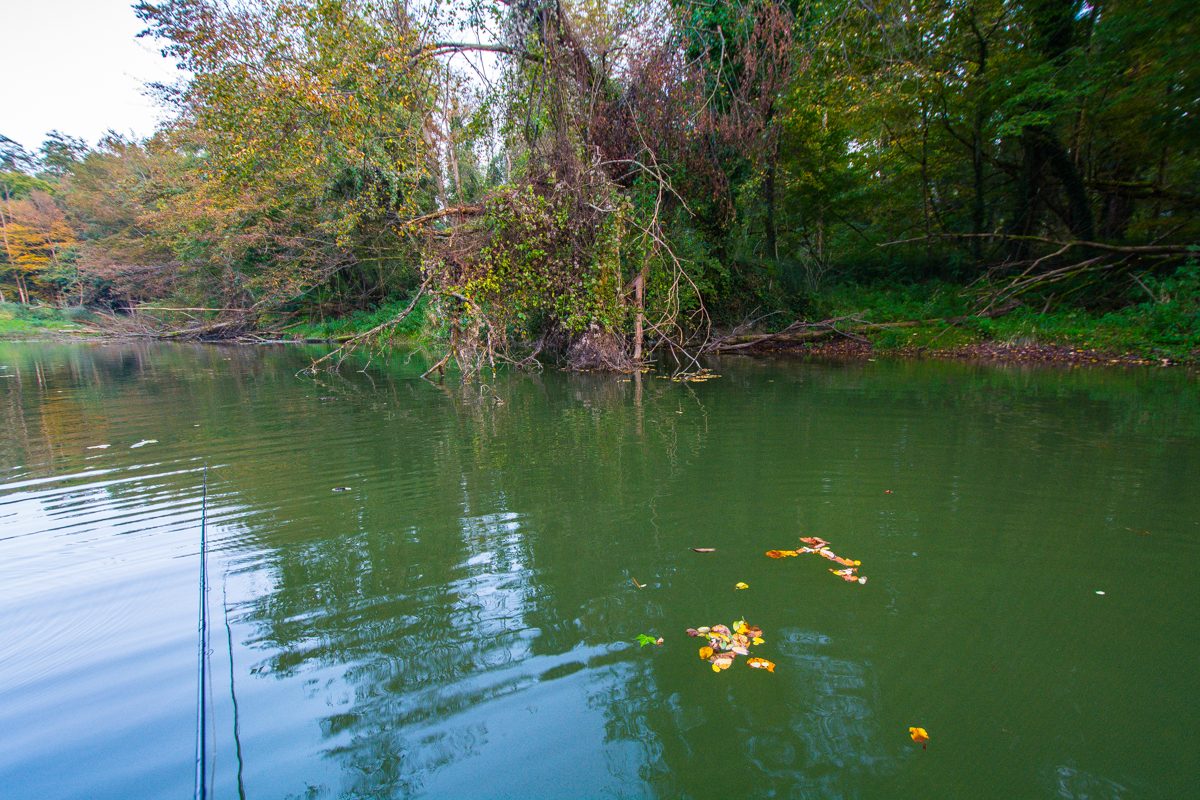 We were fishing the same habitat I was already fishing the last week. A real prime water perfect for fishing with the fly. Not easy to fish, a lot of overhanging trees, a floating current and different depths but if you don’t balk to fish there, you can be rewarded with some really nice fish.

We started very early to take the advantage to fish all possible feeding times. The sun was still covered in clouds and mist. I knew that it wouldn’t take long for the first strike and Philipp didn’t wasted the first pike that hit onto his flash fly. On the third cast. 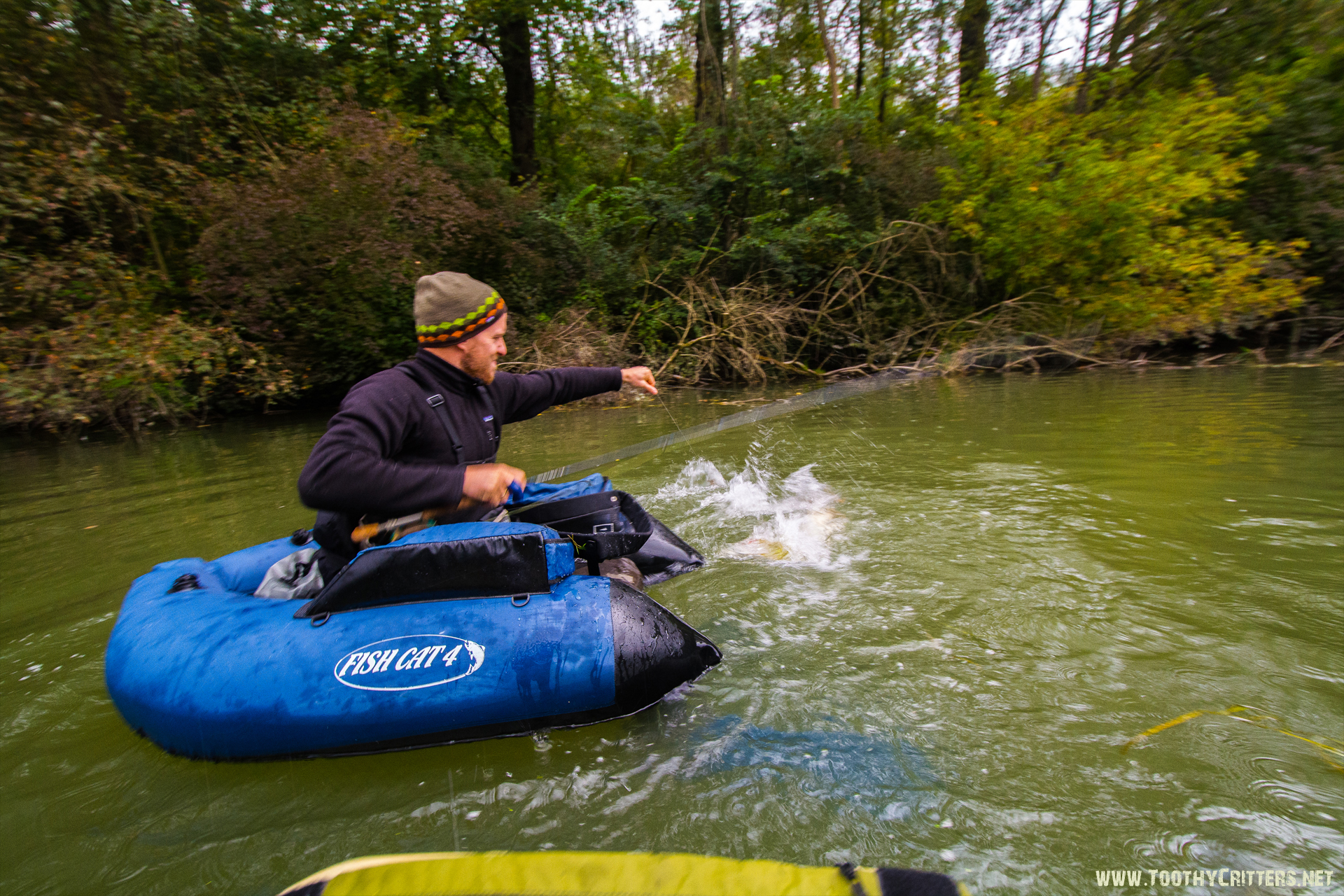 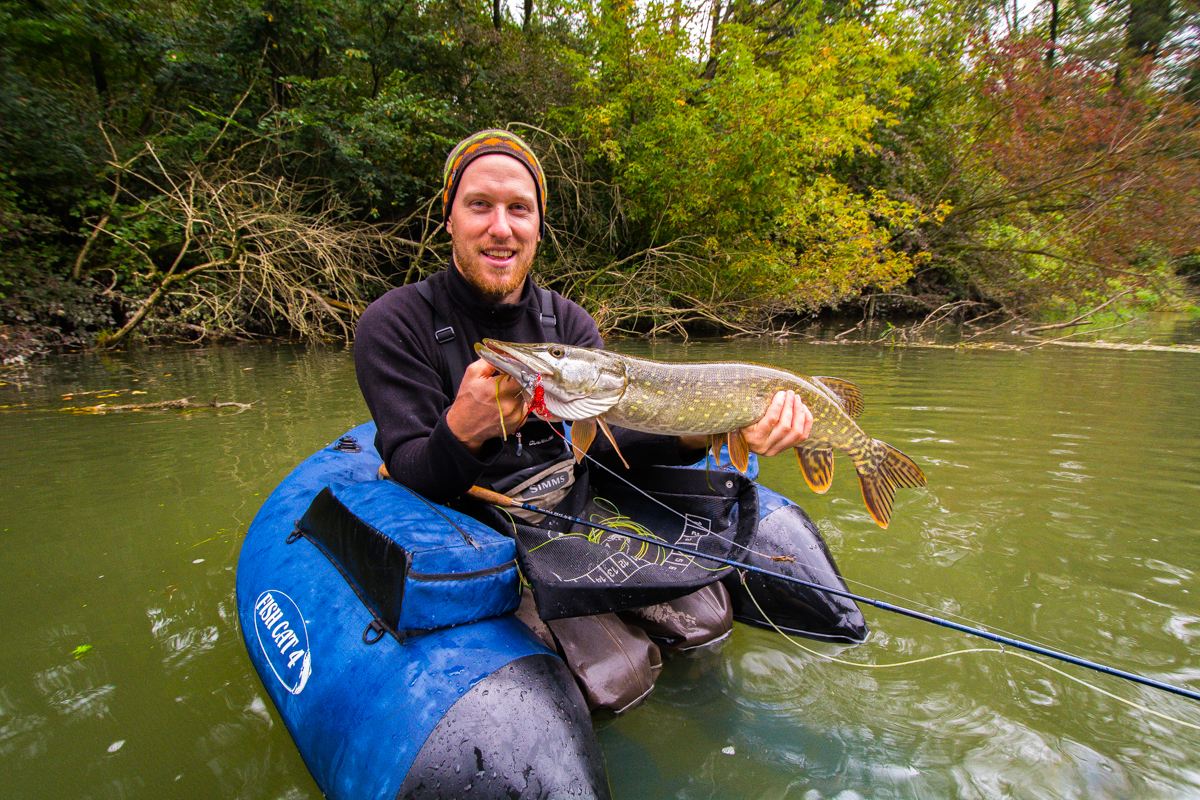 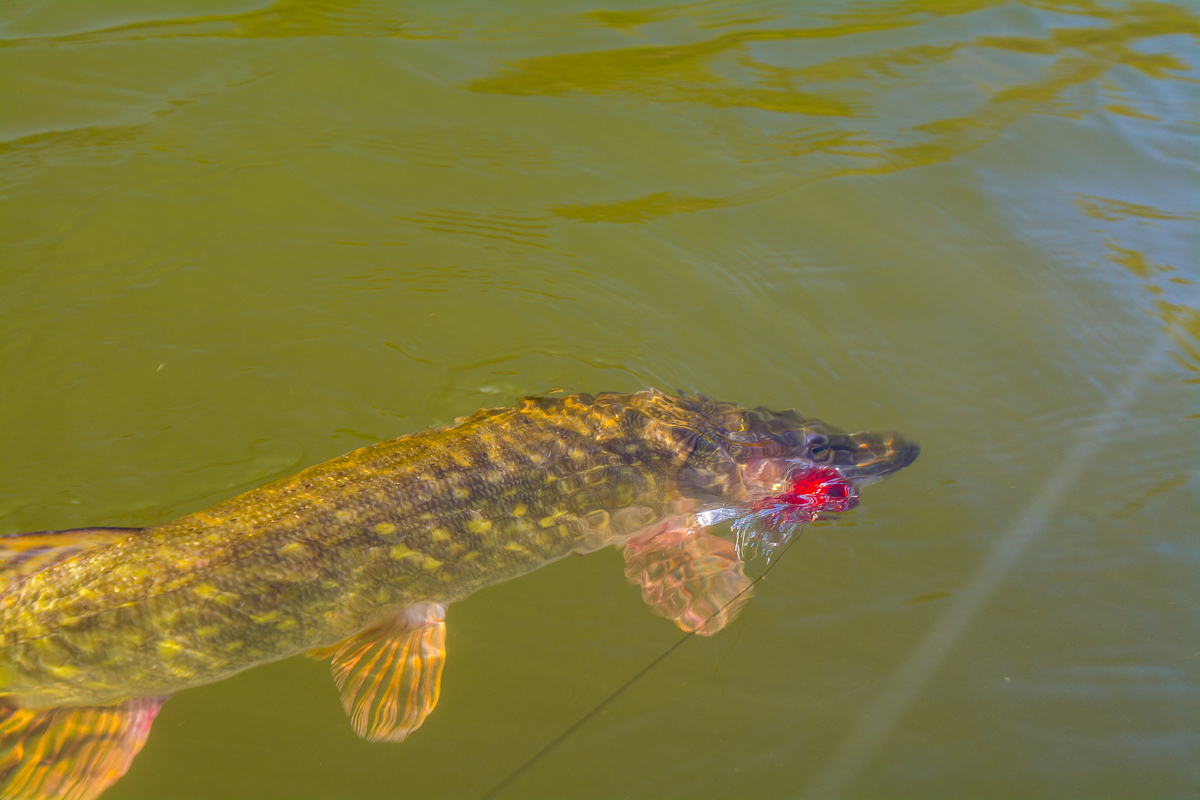 And so on it continued with some more pikes, all not bad from the size. A real funny fishery with visible attacks in the partially murky water. 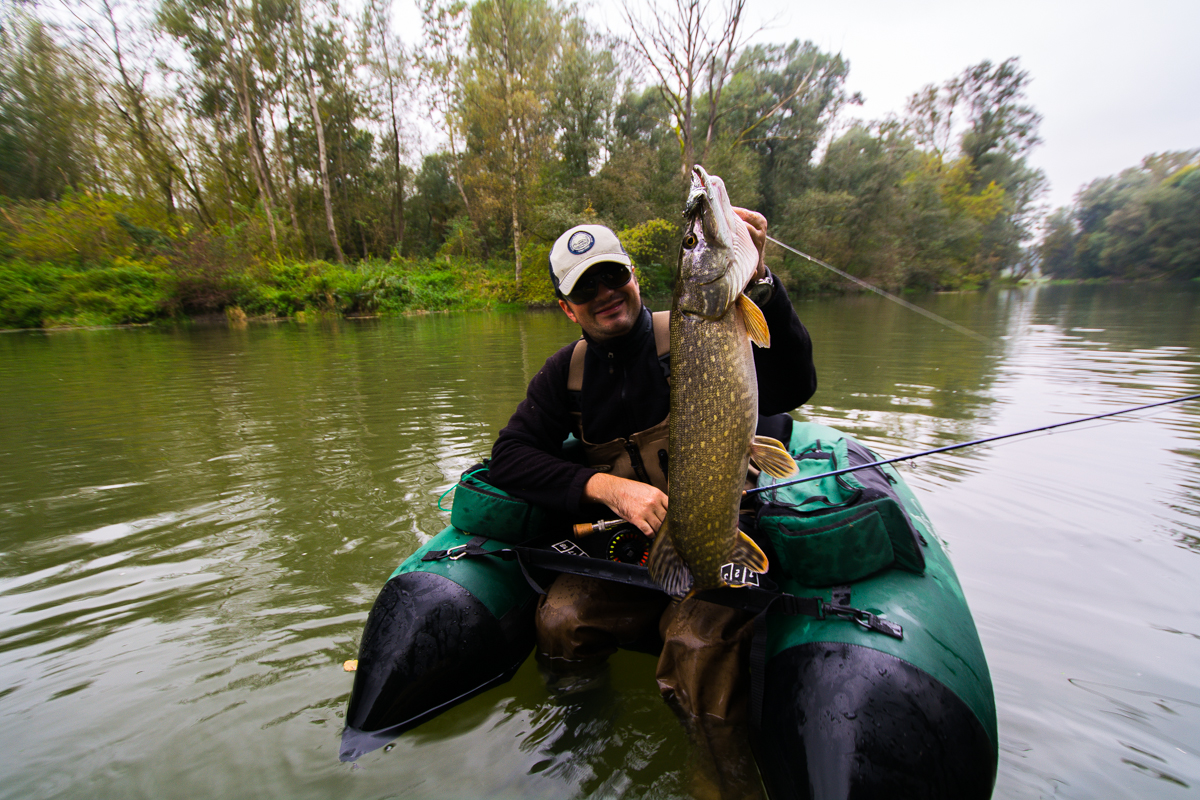 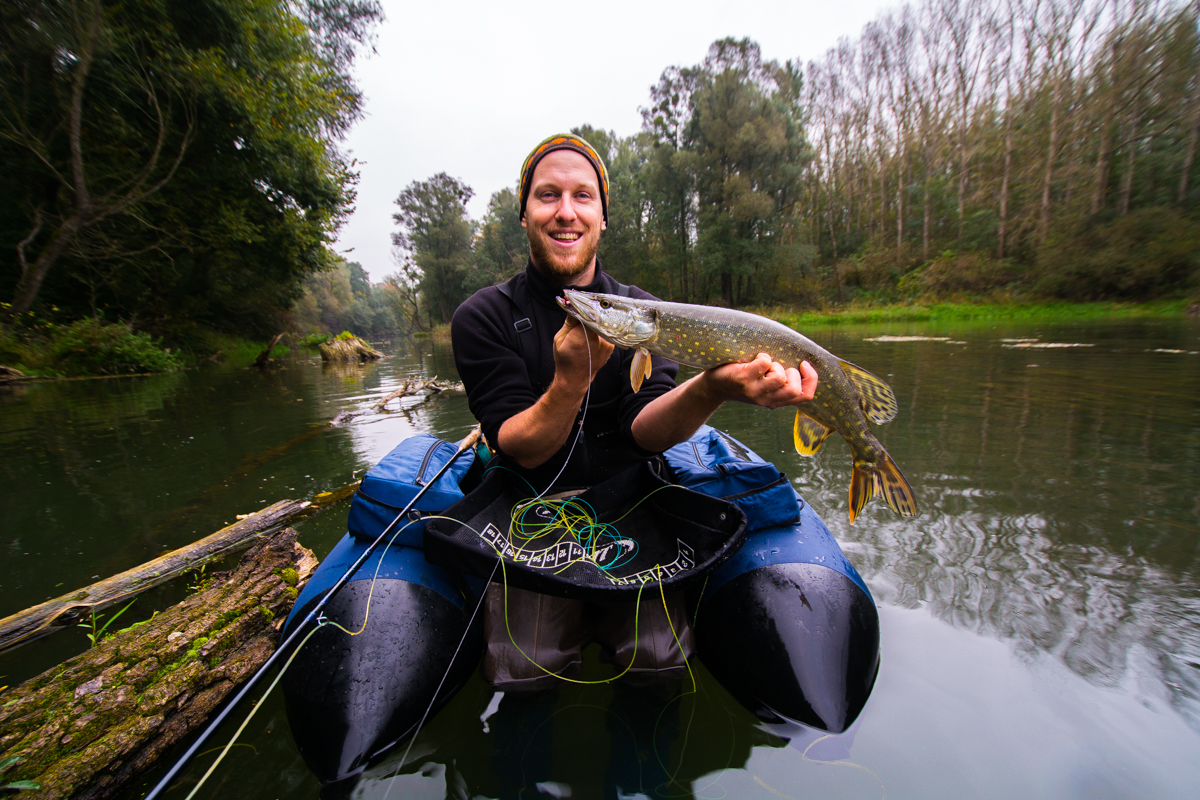 Two hours later Philipp, showed up with his luckiness. He got a bite on his fly and from the first second it was clear that this time he had a grand mother hooked. Wow what a pike. And that fish didn’t had in mind to be landed. It was one of the few pikes that really offer a good battle. Unfortunately the pike managed to wiggle round a sunken tree. Panic broke out, we tried to lift the tree to come to the pike, the pike somehow spit out the fly. That’s fishing with barbless flies. Estimated 90 to 95cm this pike will follow him into some dreams. 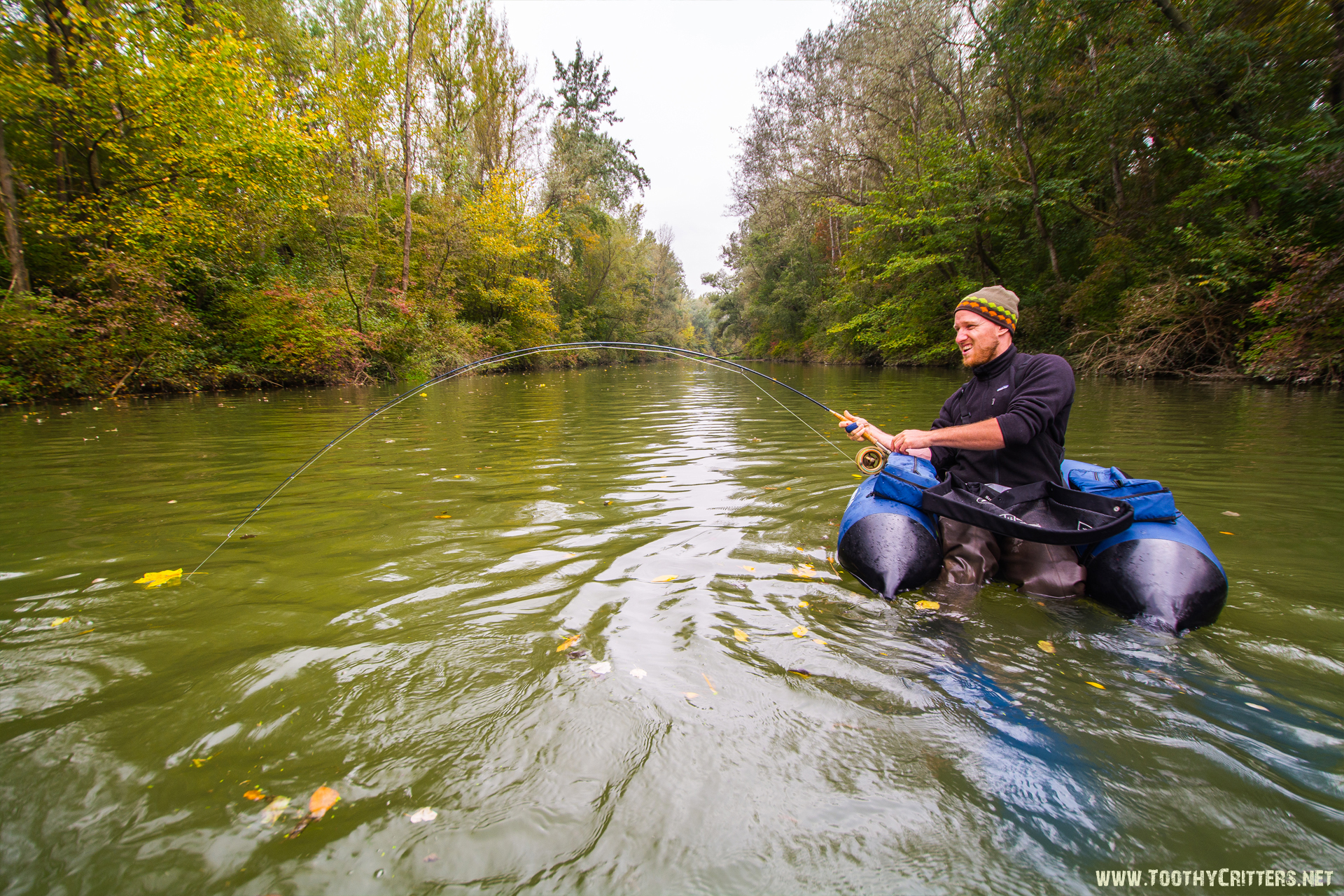 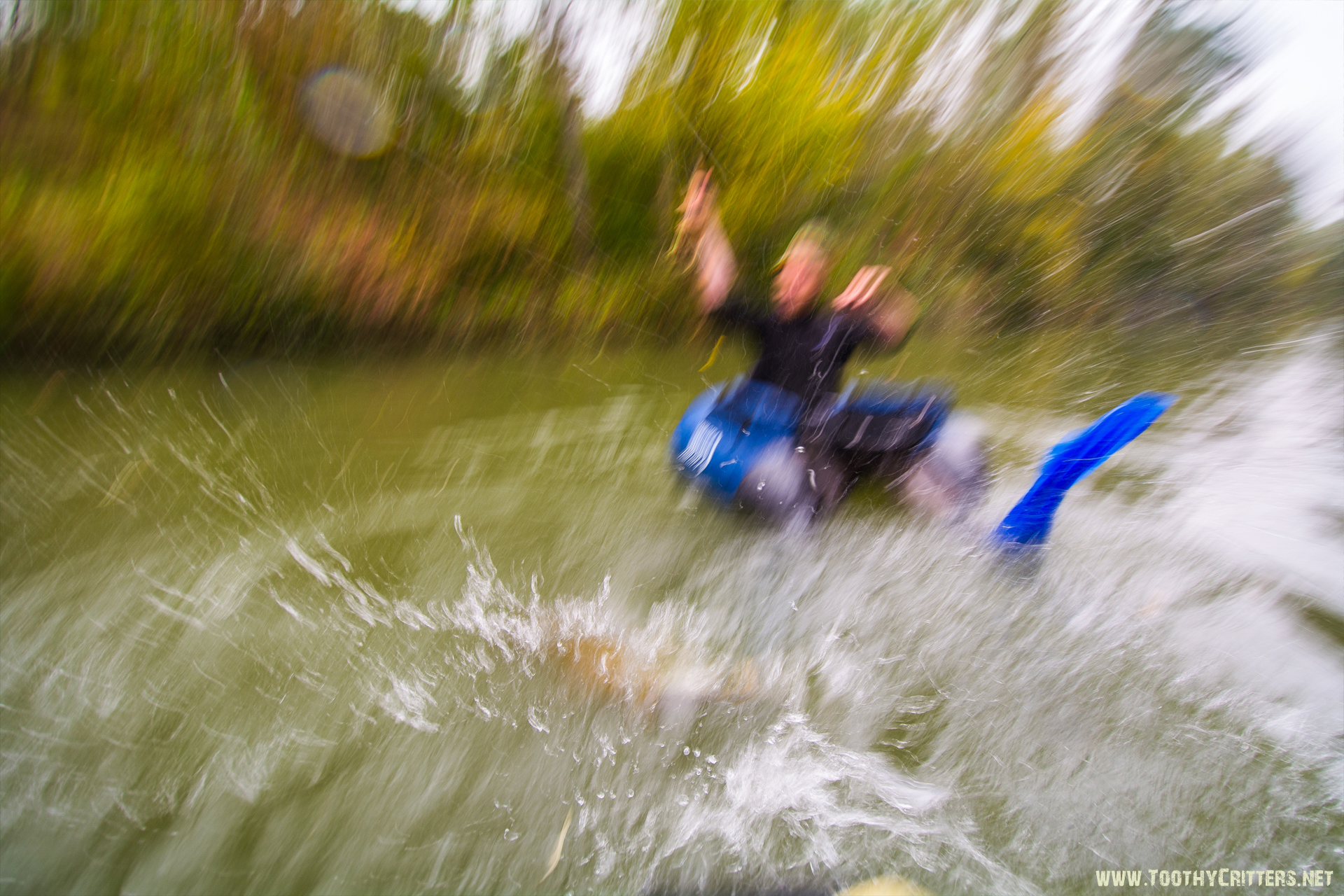 Till I wasn’t very lucky meaning no fish contact so far. Not much later after Philipp’s lost pike, I also received a good take of a nice pike. Not as big as the pike before but a good and solid 80cm fish. I also almost lost the pike before I even hooked it. I didn’t felt the bite, the pike took the pike towards me putting some slack into the line. Due to the murky water and a glare of the sun on the water I haven’t seen the attack. But I saw some whirl on the surface and instinctive I made a long strike. Successfully I landed this nice pike. 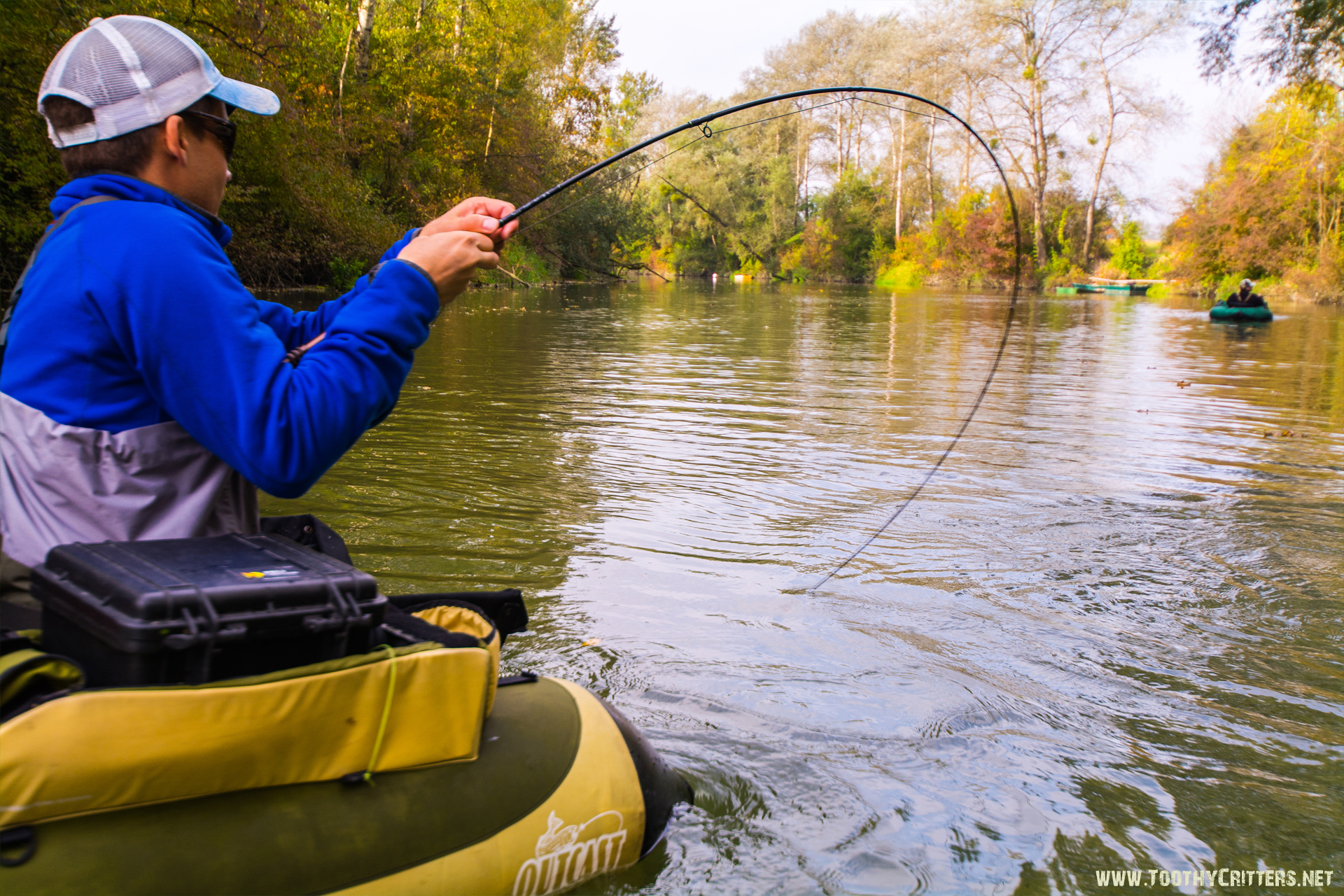 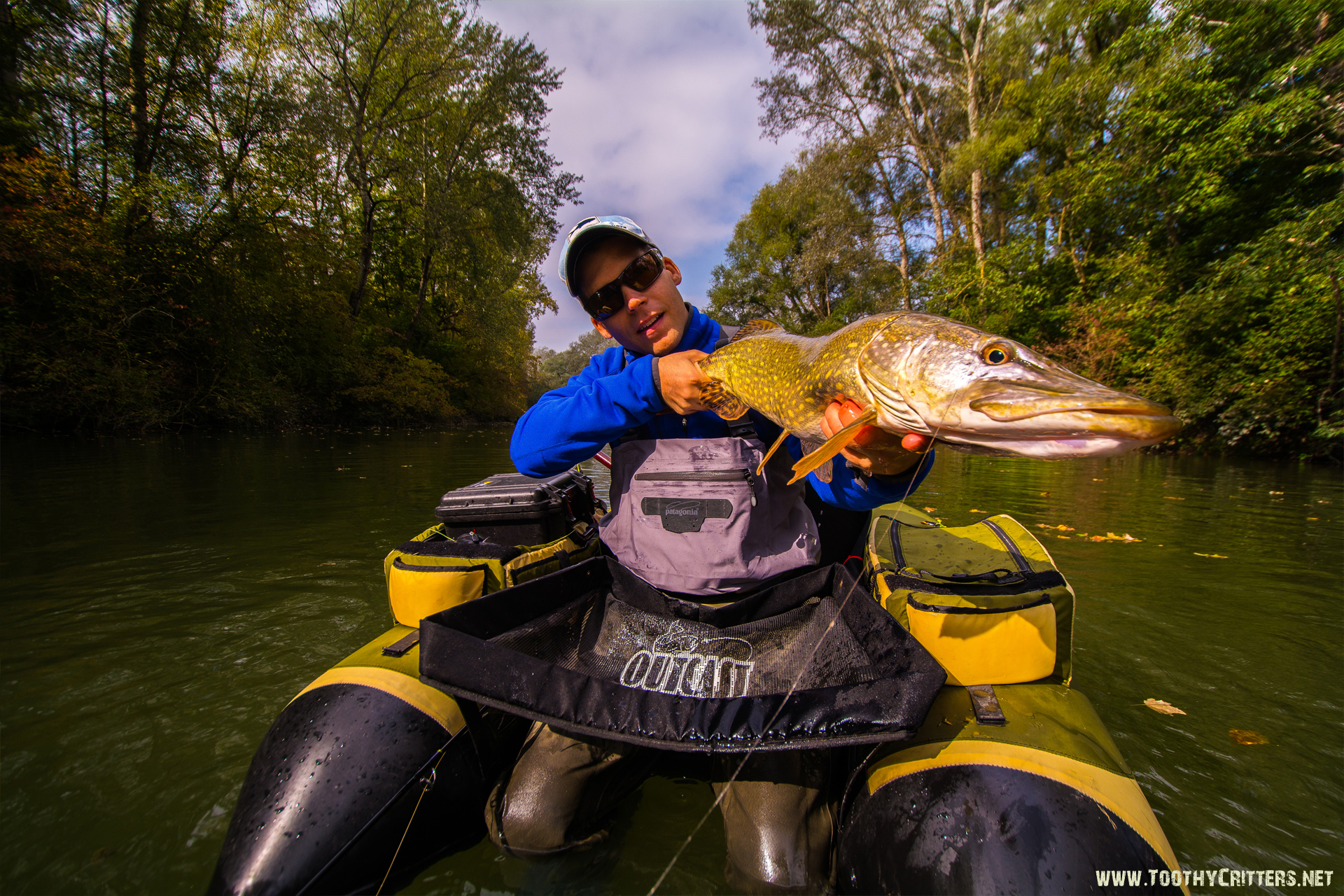 From then onwards it became a little bit silent for some times, lately I managed to hook a few more small to middle size pikes which completed my day.
Also Stefan had his great moments on that day. Shortly said overall there was always a fish with bad intention on our flies. And that’s wonderful. 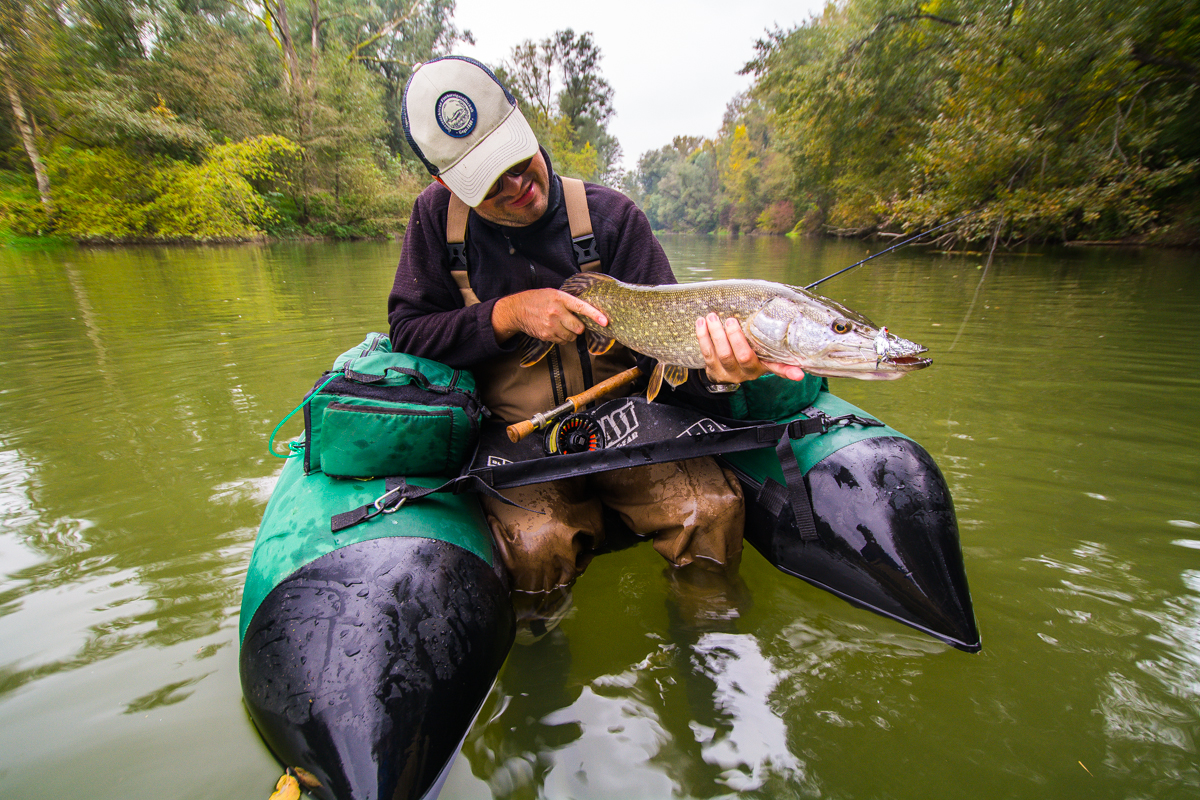 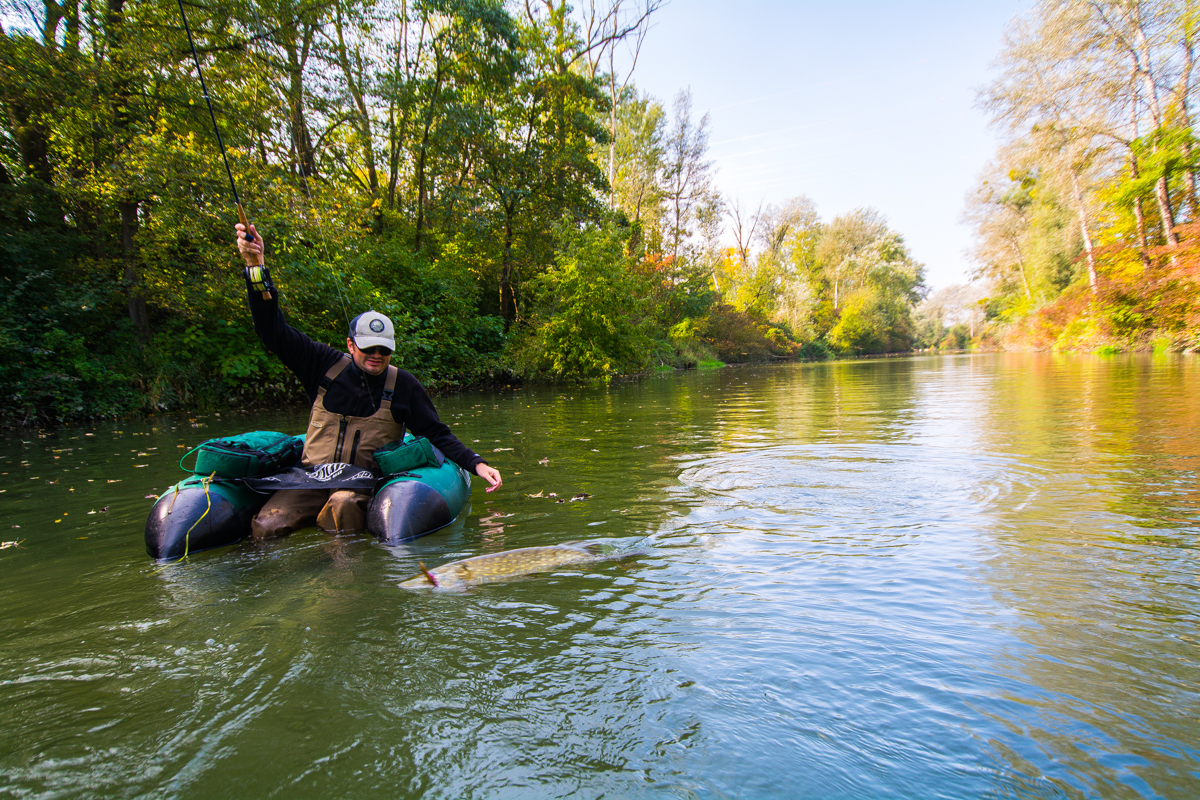 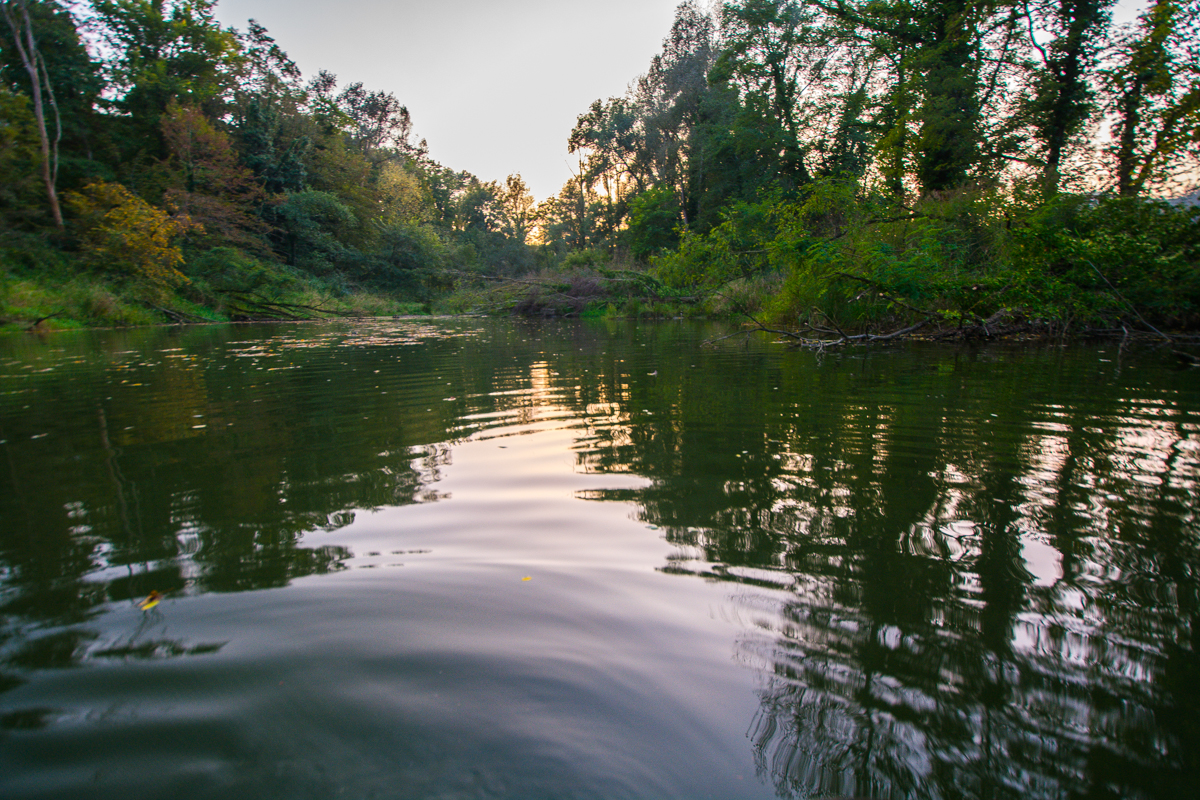 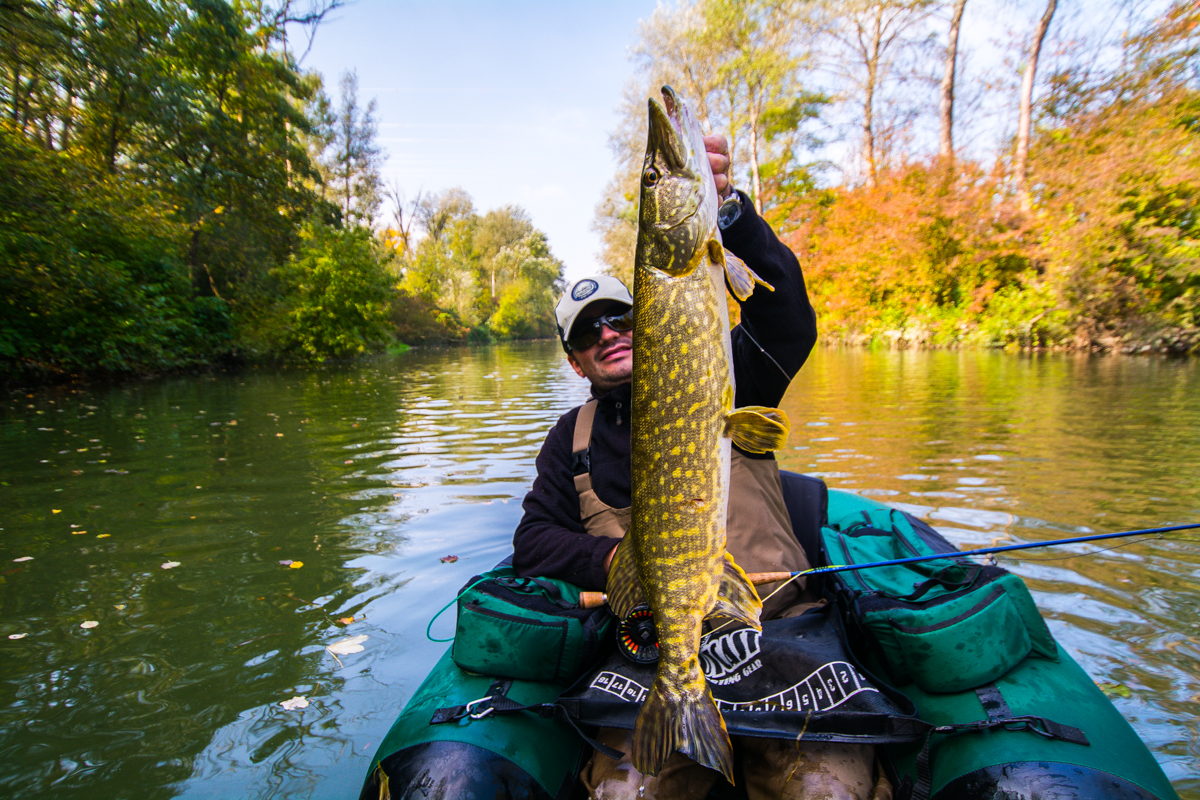 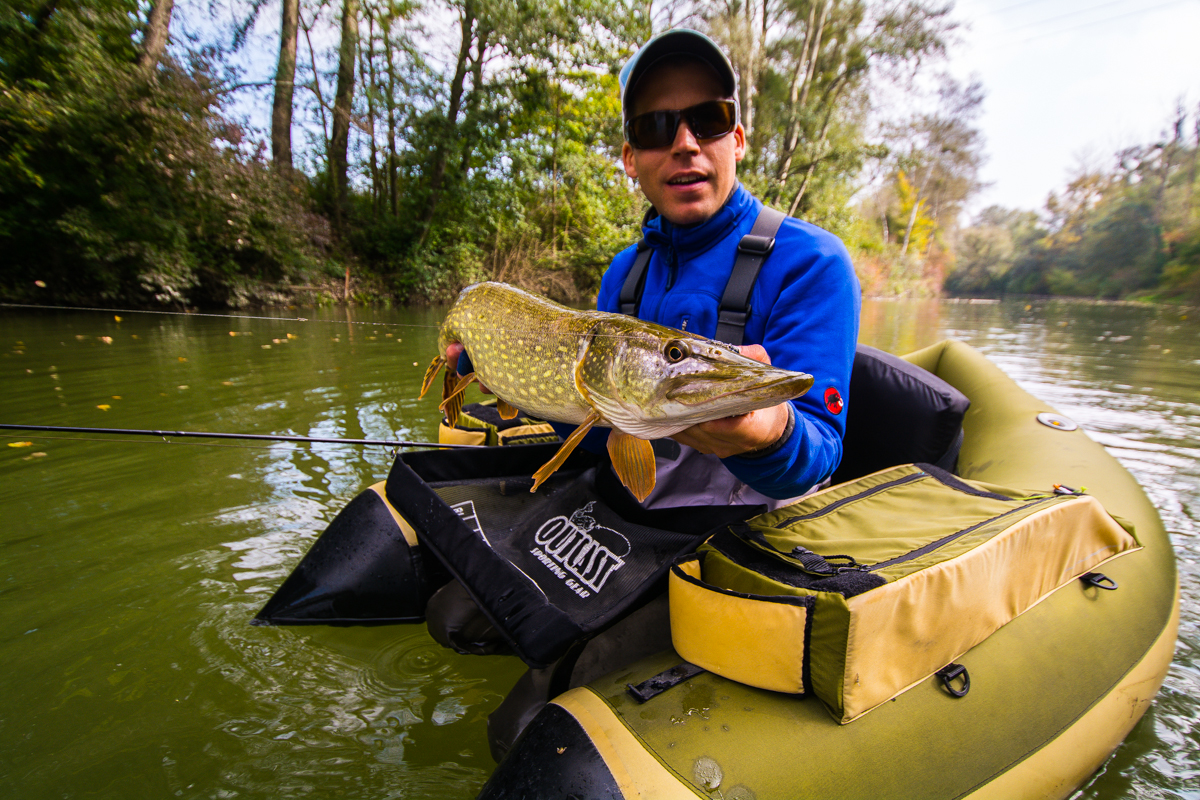 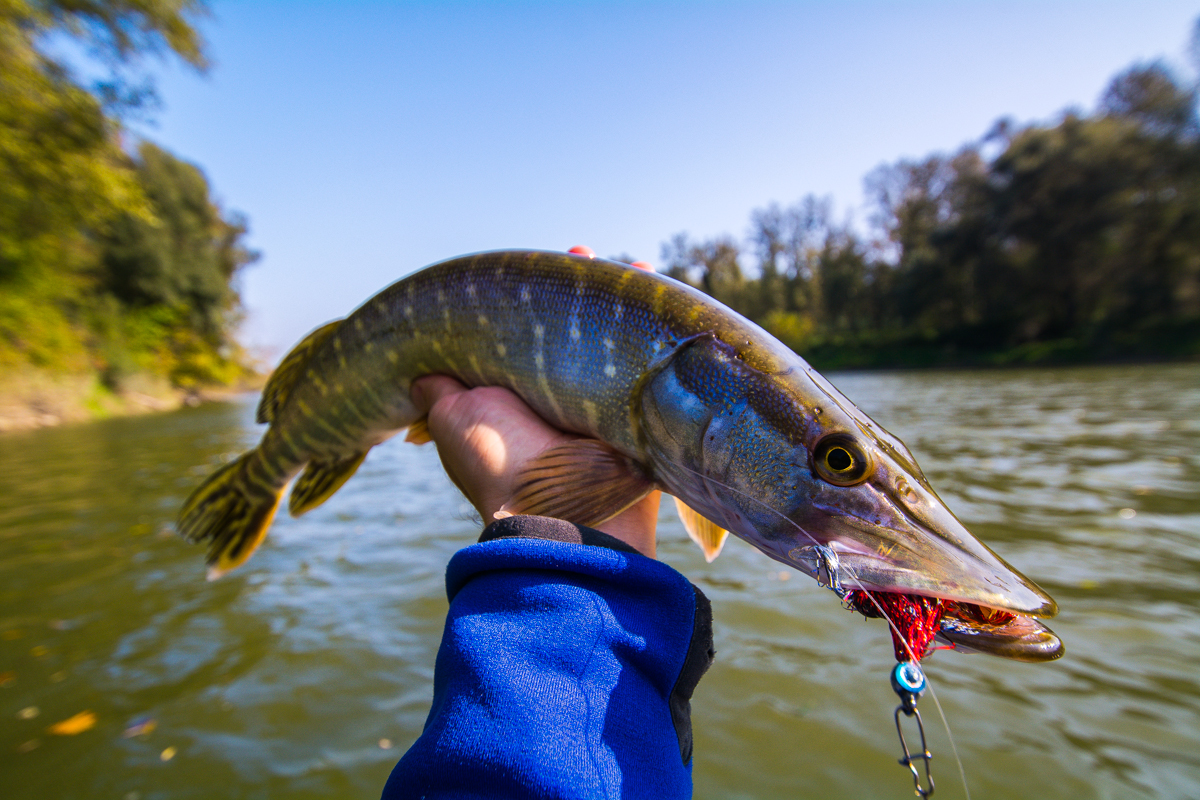 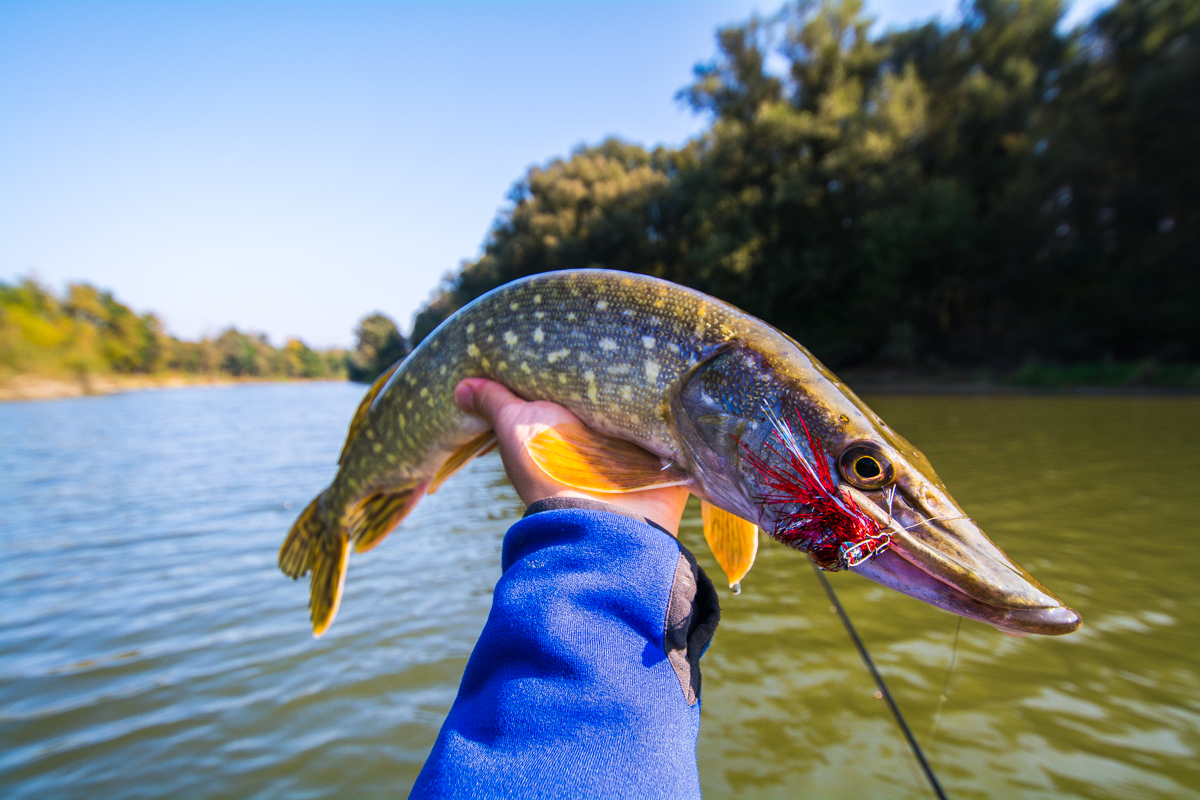 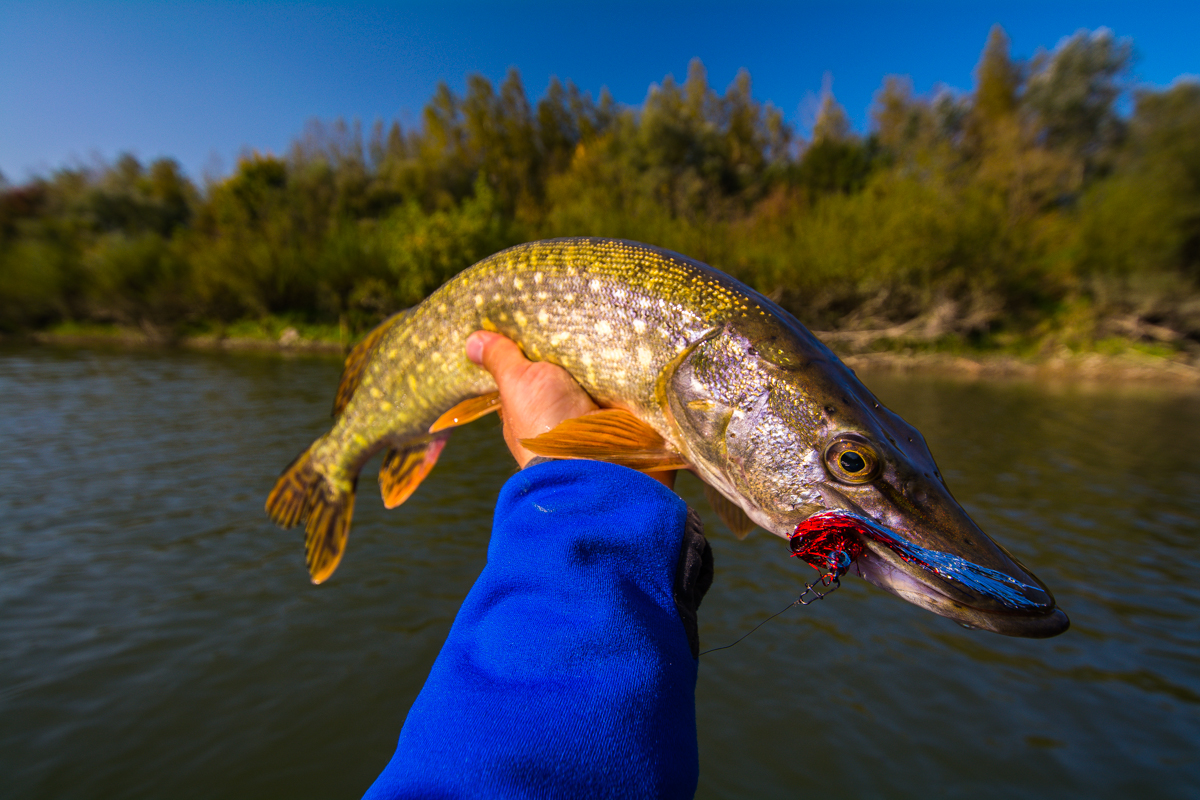