Last Sunday, beautiful weather and I went out for fly fishing. Since a the last 2-3 weeks the weather calmed down and the sun came out. This will be my day. The idea was to fish the whole day from sunrise to sunset. And with the nice weather hopefully the pikes will be in good mood.

Shortly called for the water conditions. Fishing on the river danube is very cruzial, especially if the weather was bad the days before. Due to its many steams that sources the danube the water can get very murky, sometimes even soo much that you can’t see anything. That makes the fishing very challenging and tricky. The pikes can handle this situations but for a fly fisher, fishing the murk is not funny. Luckily the conditions where OK, not perfect but close too. 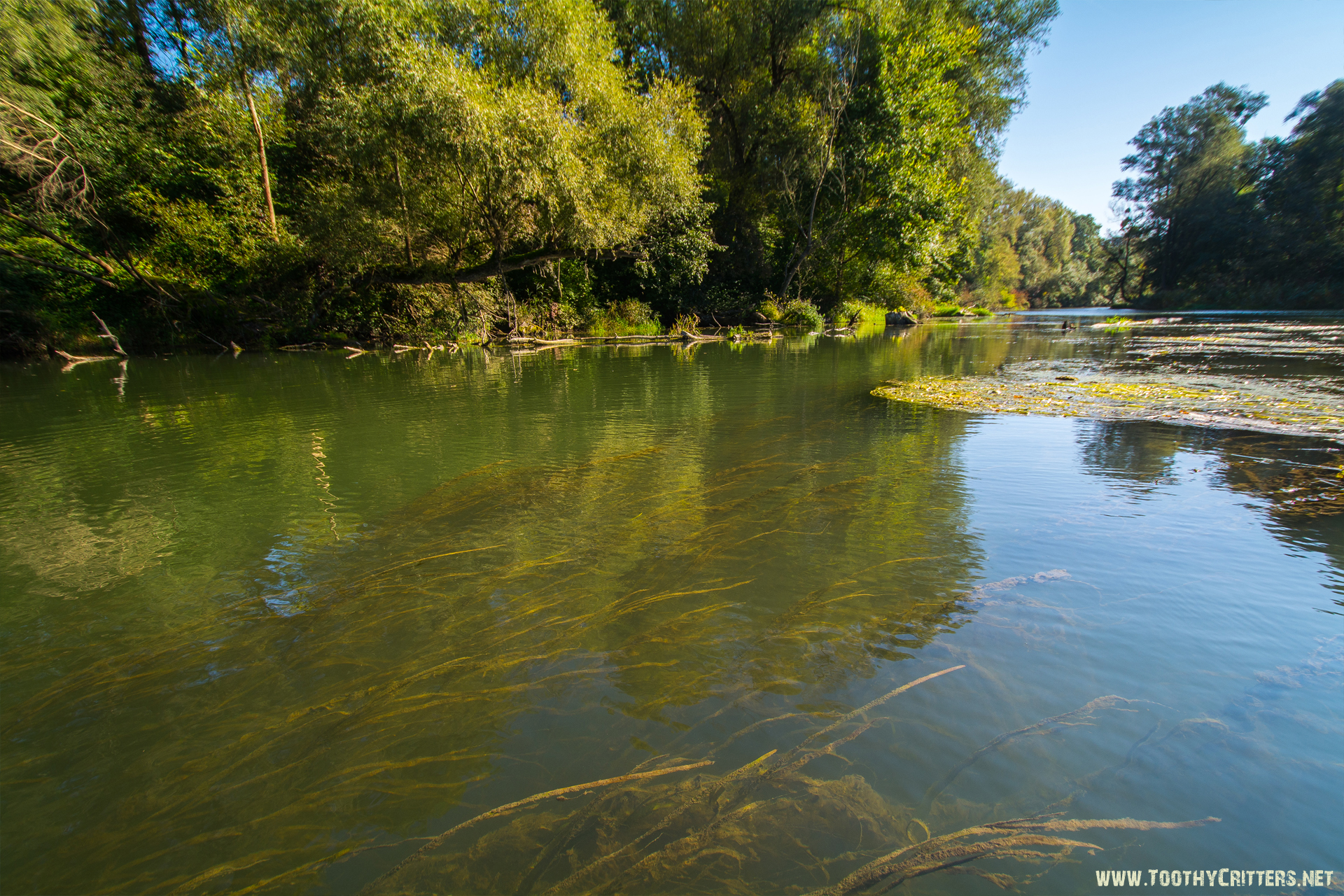 The water there is very interesting. It is Floating, slowly but steady. That means hard work in a belly boat, the whole day. This is also an advantage because the pikes can be found everywhere with no or slow current.

Immediately at the beginning at a weedy area I placed the fly along a weed edge. I knew if would get a pike that day, it would be exactly here and now. And really, on the first cast a nice pike took my fly. A very intense fight began and after a few minutes I landed a nice +80m, pike was mine. 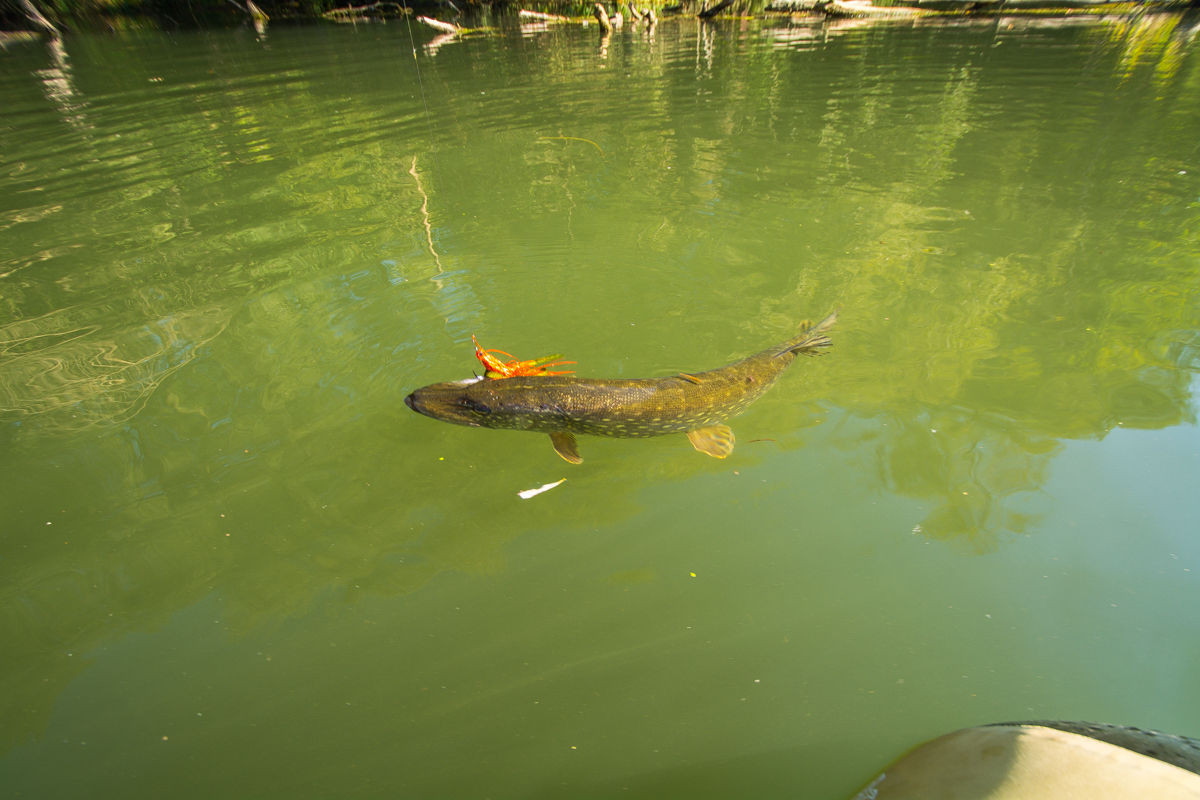 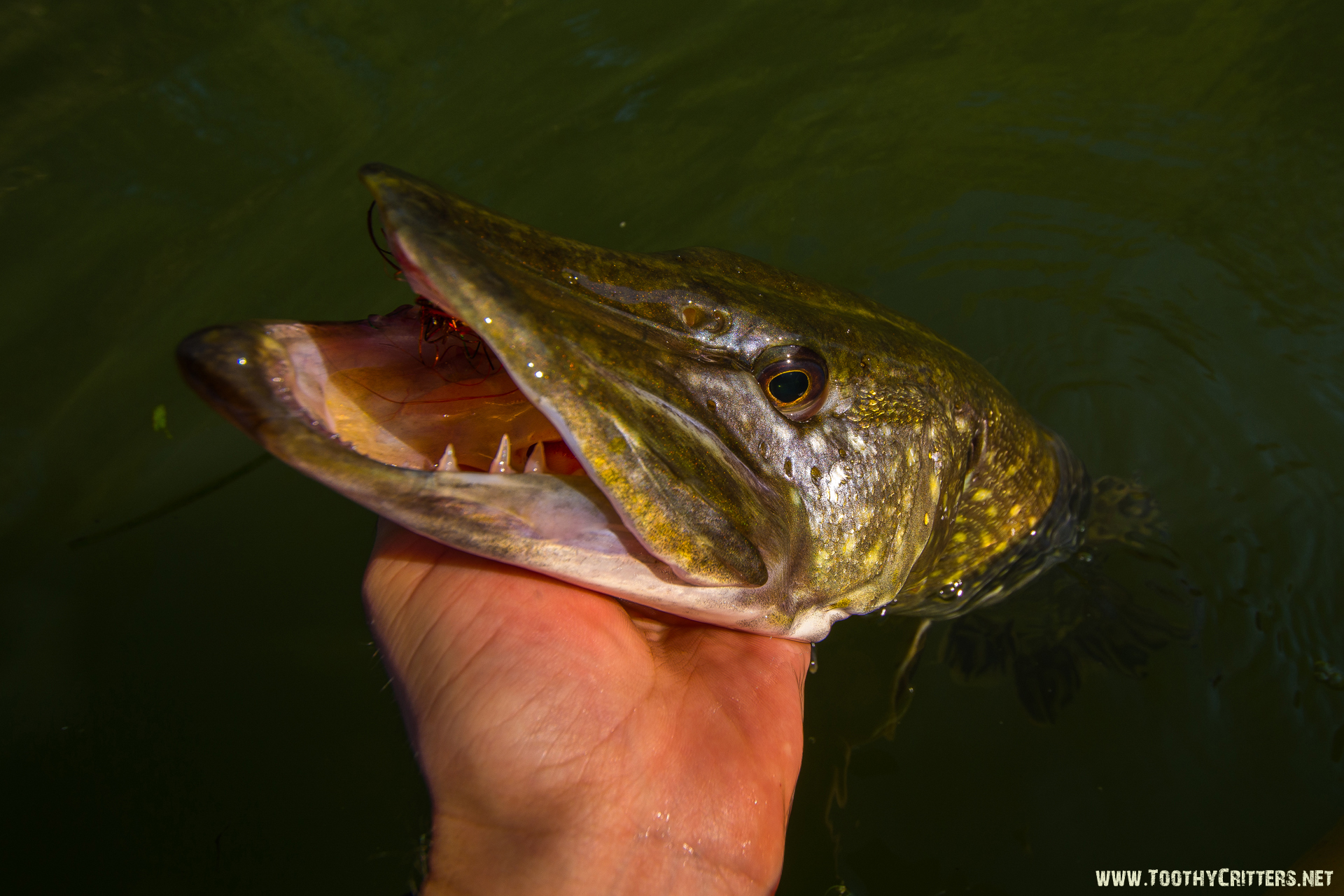 Further down the river and some times later I hooked up another funny pike. Due to the high amount of obstacles it is a very short distance fishery. This brings the benefit of seeing the pike attacking the fly. Thrilling!! 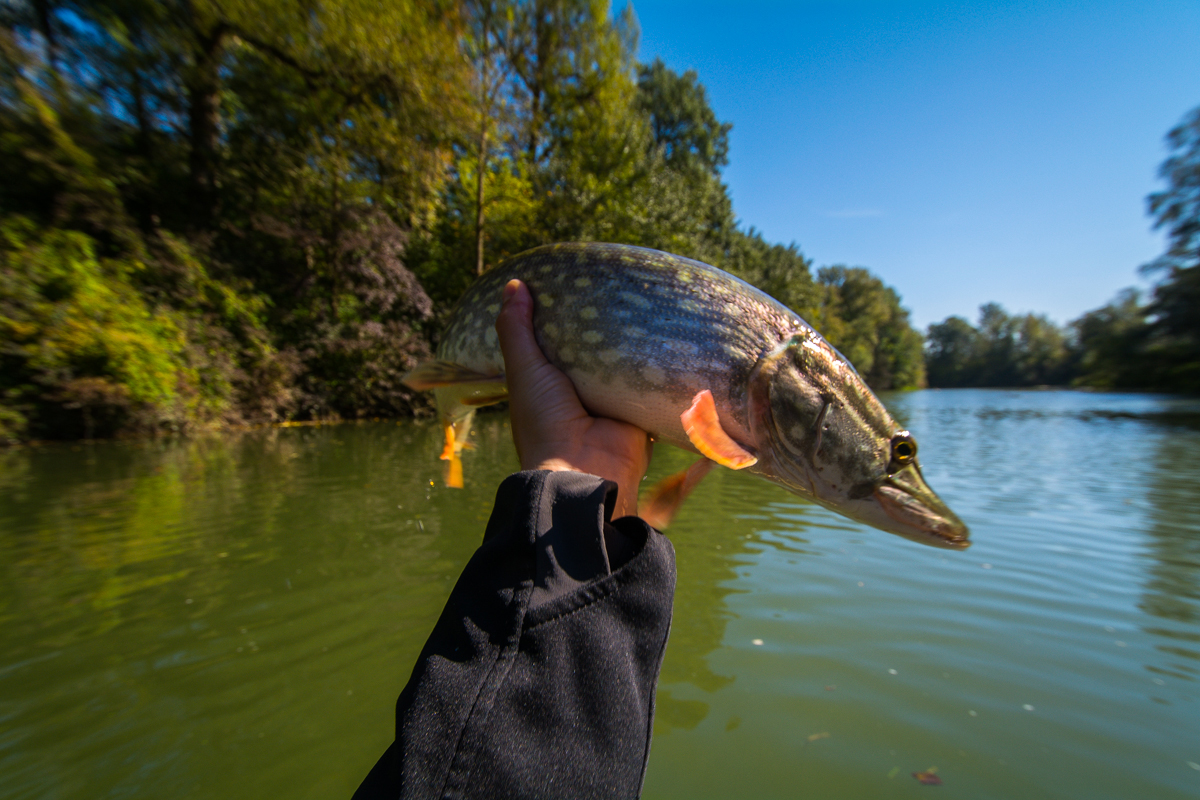 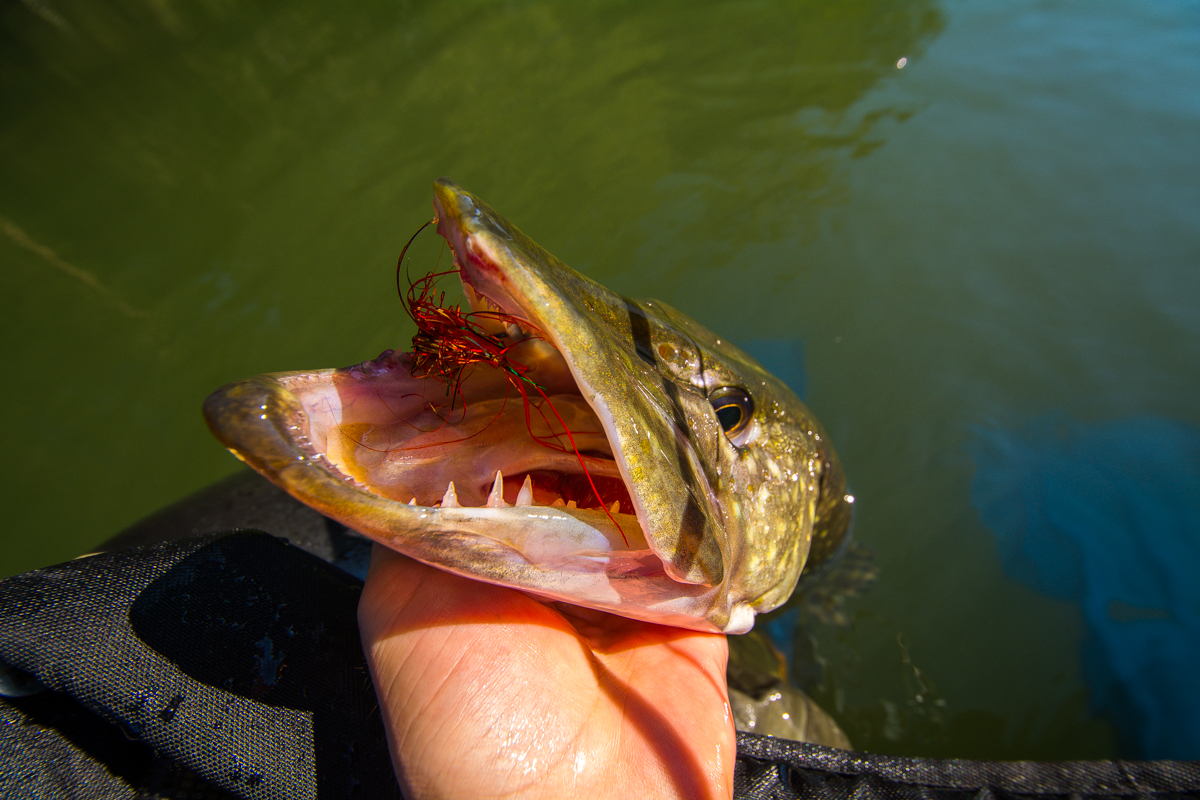 With the progressing day the pikes lost more and more interest. I received a couple of hits on the fly but I wasn’t able to set the hook properly. Sometimes even a second time.

The booby prize of the afternoon was a small perch that grabbed a fly bigger than himself. Incredible greedy they are. 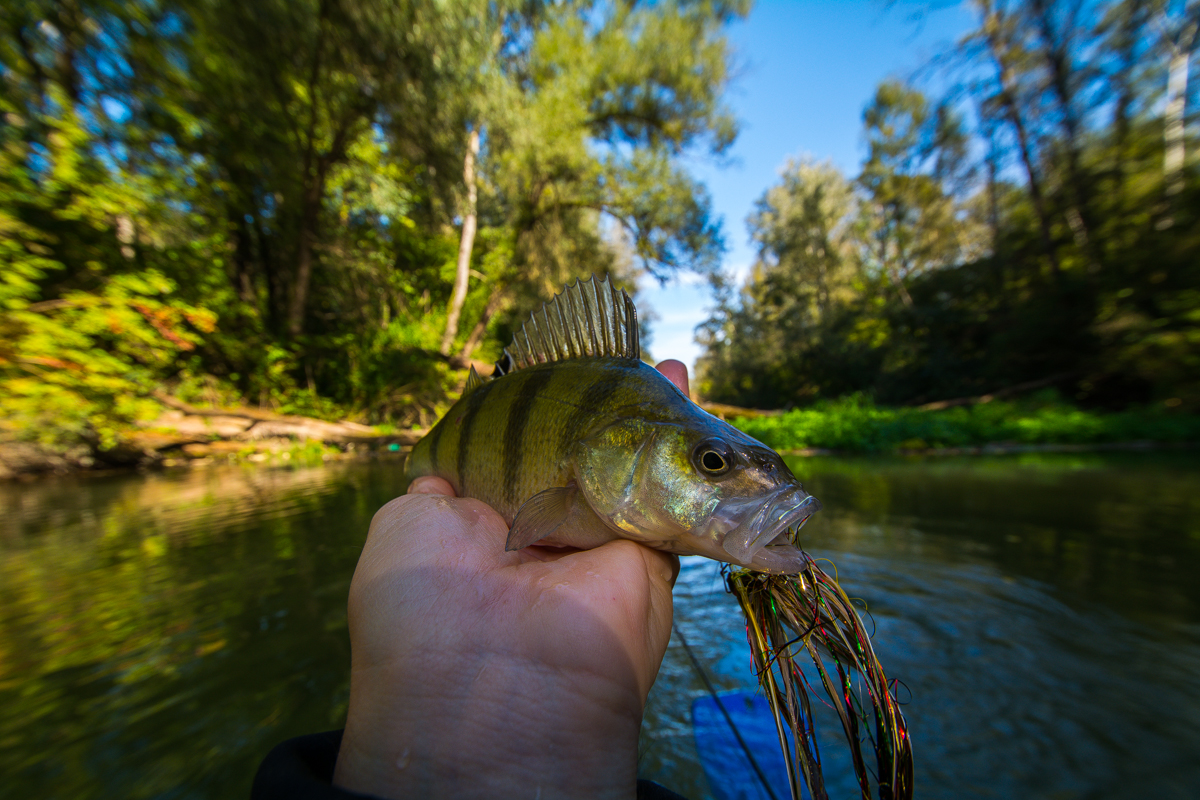 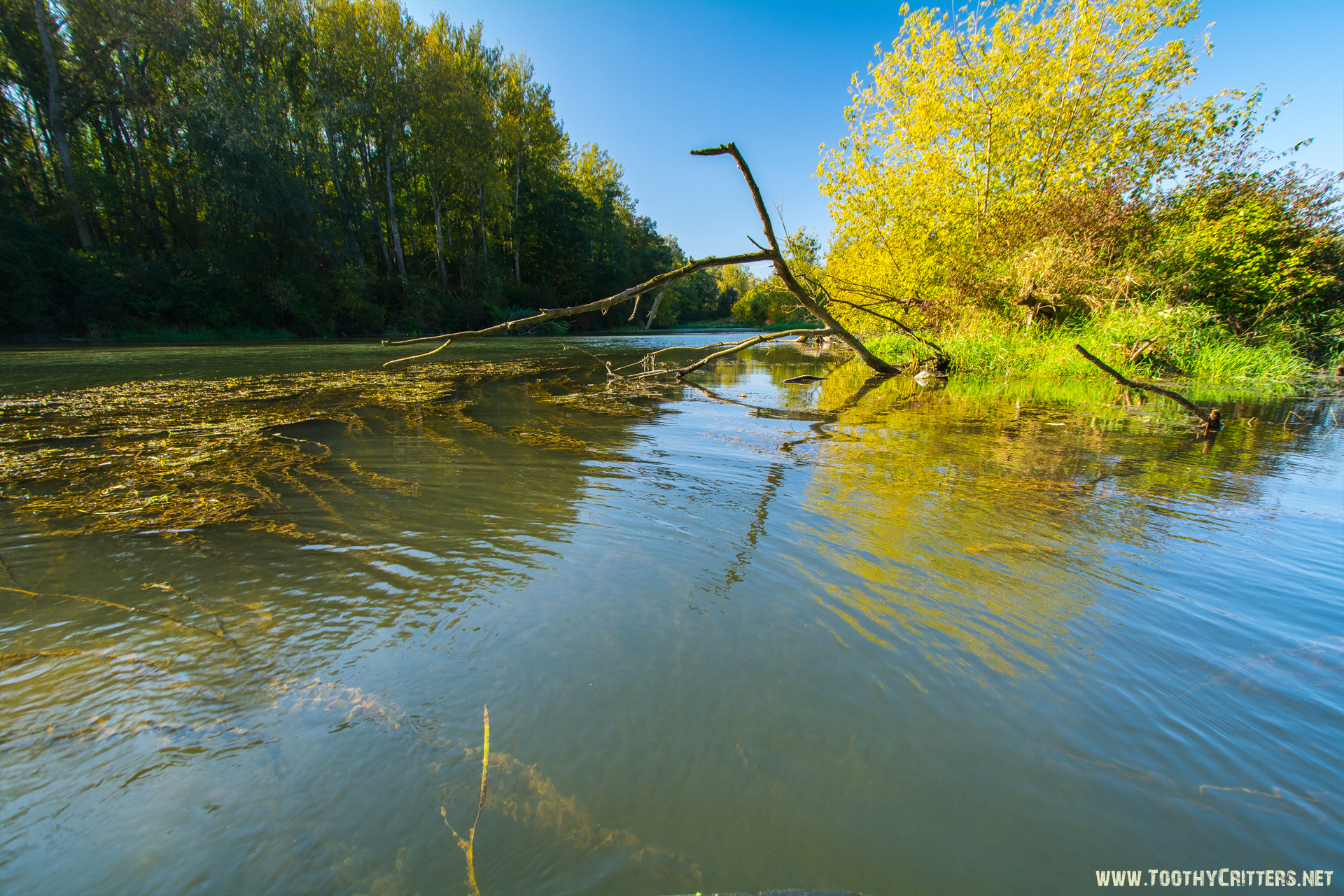 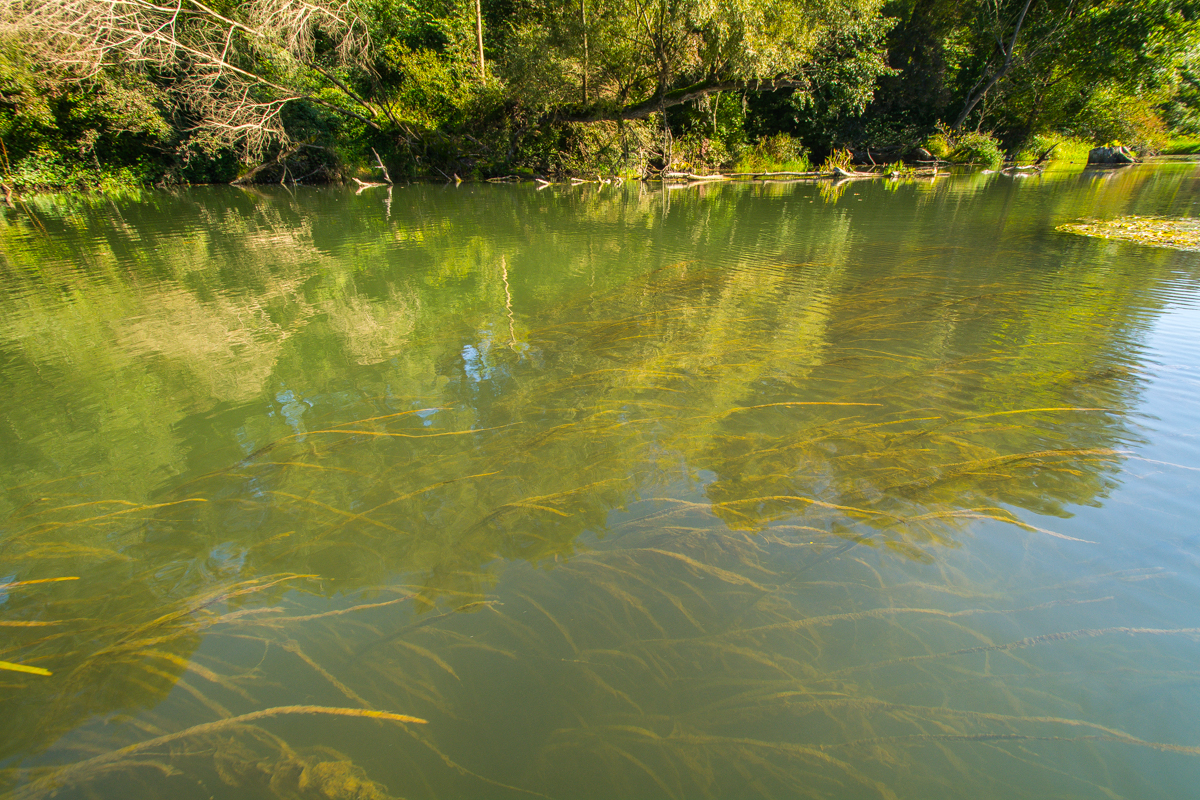