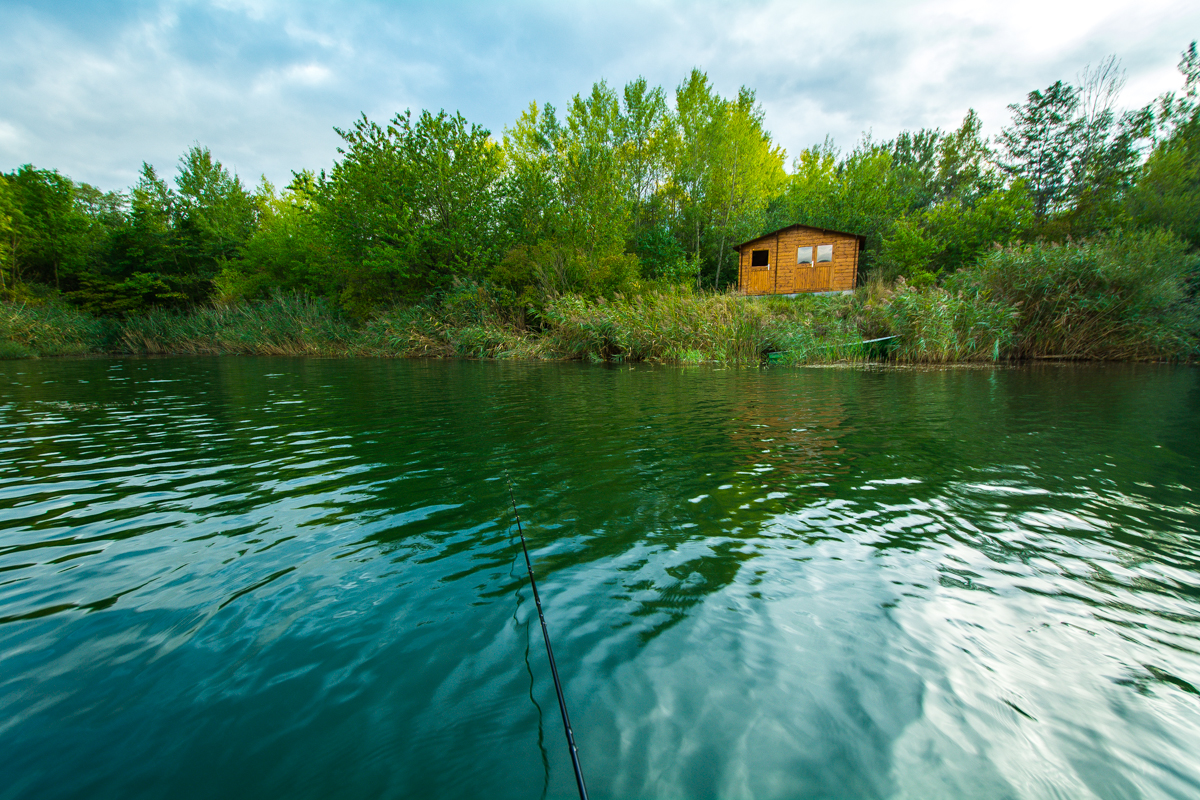 Inspired from the last visit I really like that lake and the fishing there so I instantly bought me a permanent license for the fishing there. Not the cheapest bought I have ever done but its worth. There is a realistic chance to hook a nice one. The nice one which is this year already overdue.

TGIF… Thanks god its Friday.. Friday afternoon, work is past and I was fishing. Not long after finishing the first pike had his mercy with me. A good sized pike took a green fly from one my new ones. The ice is broken!. That one was followed by another same sized fish I lost after the take. 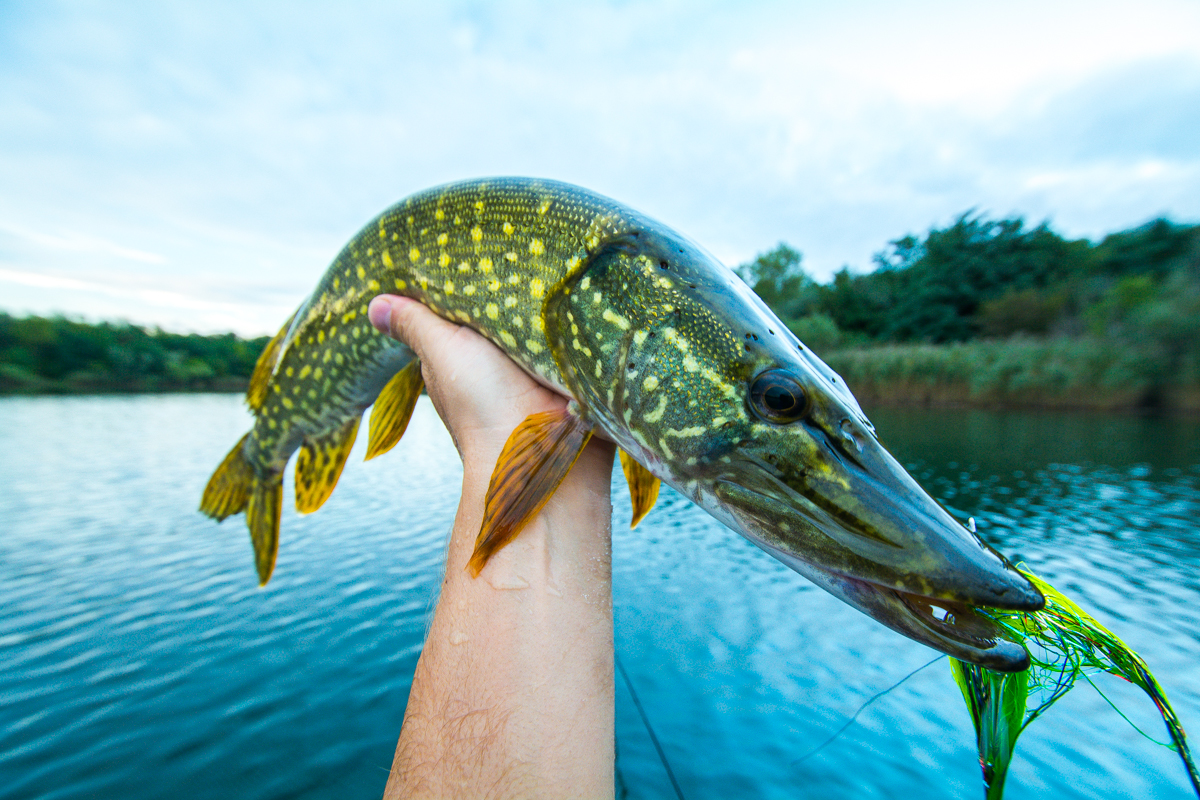 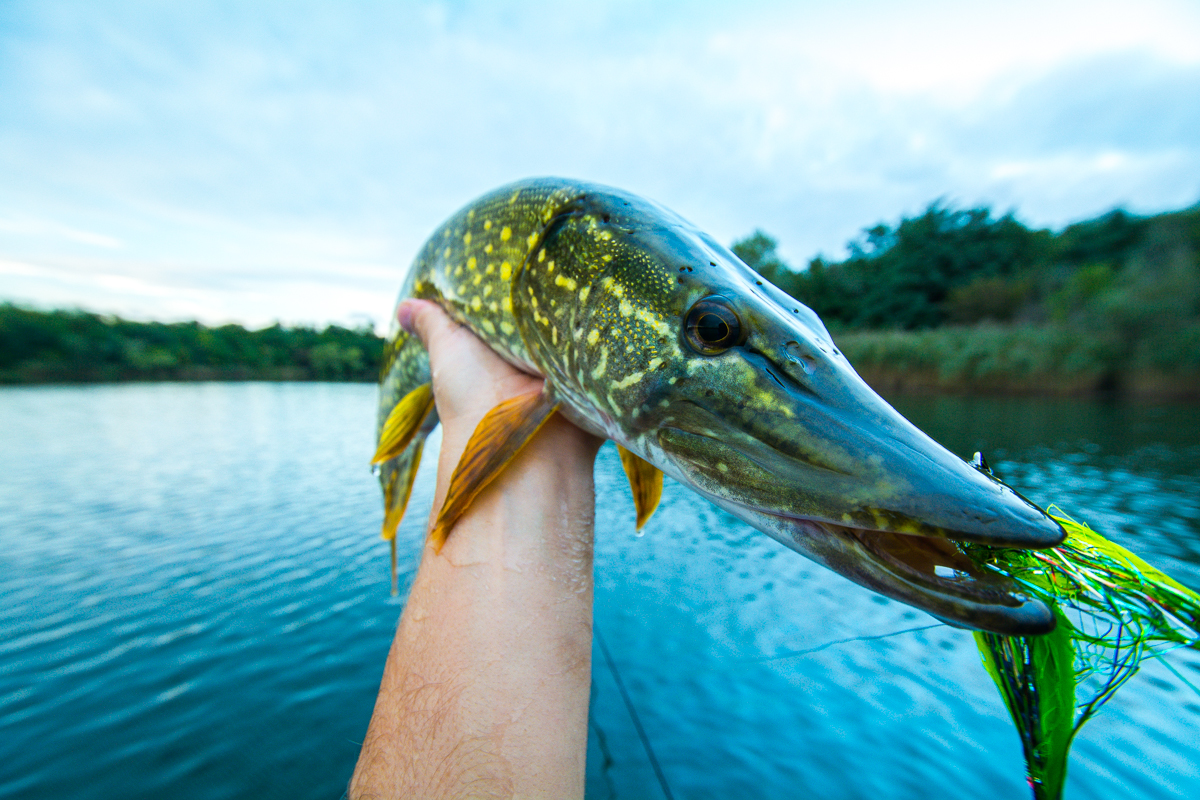 The dawn broke and I had a very good strike very close to the boat. That fish put all his weight and strength into the battle. But not for long, 3 seconds later the tension slacked of. F…. That was for sure a better size fish. The second fish for that day I lost. Not good ratio.

But at the end the ratio was positive, breaking dawn and the fish were in feeding mood. A few casts later I hooked up two more nice pikes. Good hint from me. If you fish into the dark, firstly take a headlamp with you, secondly fishing with barbless hooks makes it easier if you unhook a fish even if you are to stupid to bring the head lamp. ,) 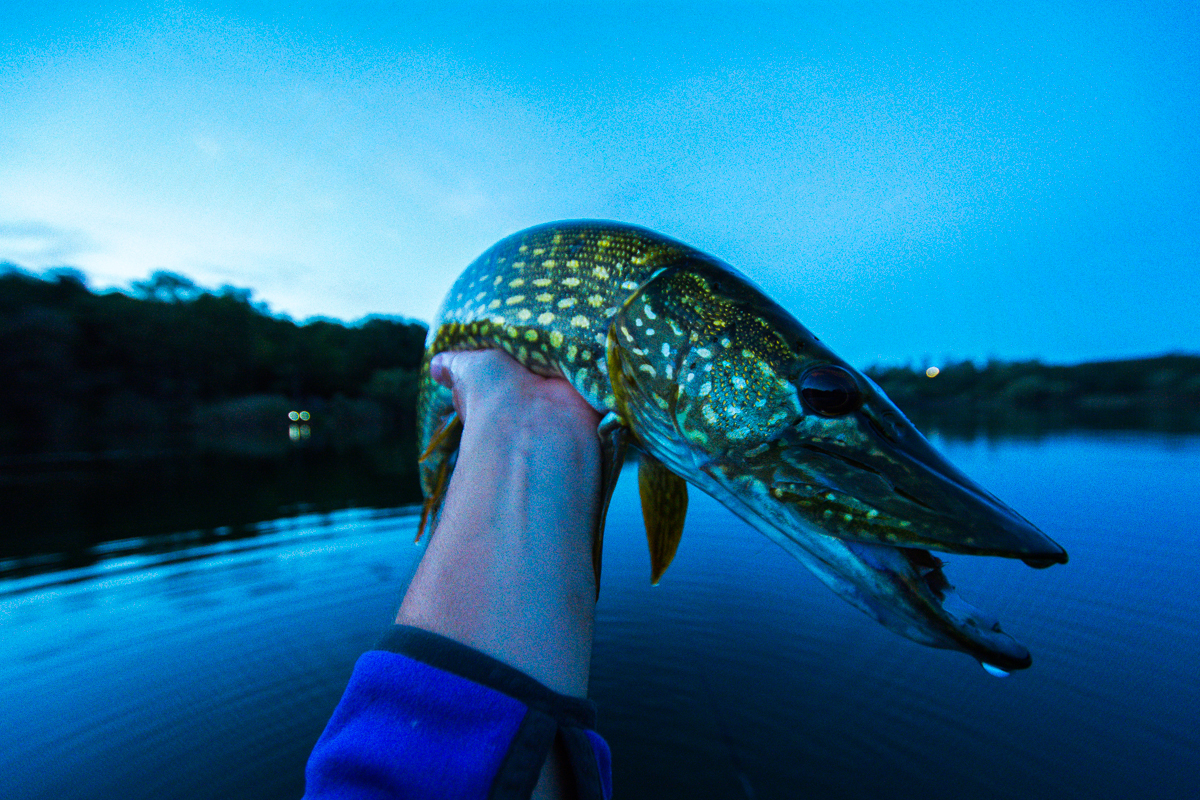 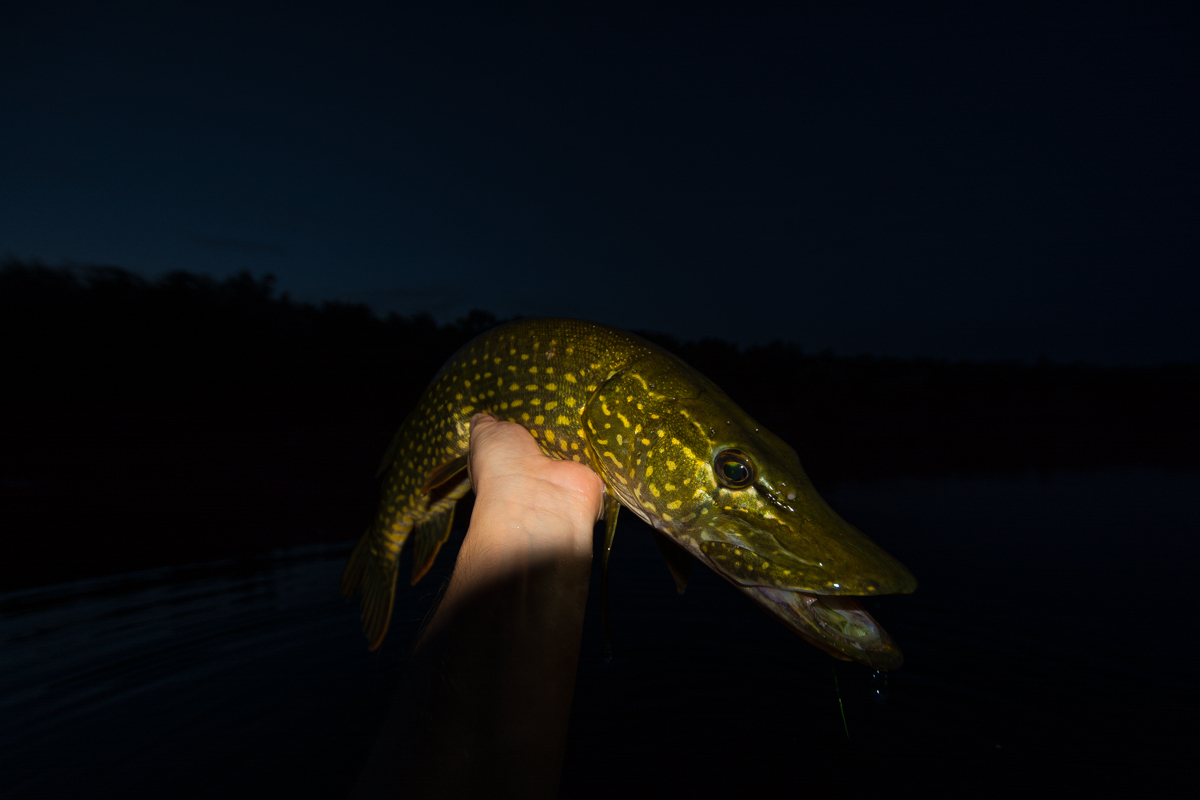