Once more I tried my luck, very early in the morning. The water, a real jewel in the middle of a metropolitan city. It offers so much to me. Recreation, Regeneration, and fun. And it holds the biggest pikes you can imagine. Pikes above the 45-50 Inch class. Every year many of those big giant pikes are caught. 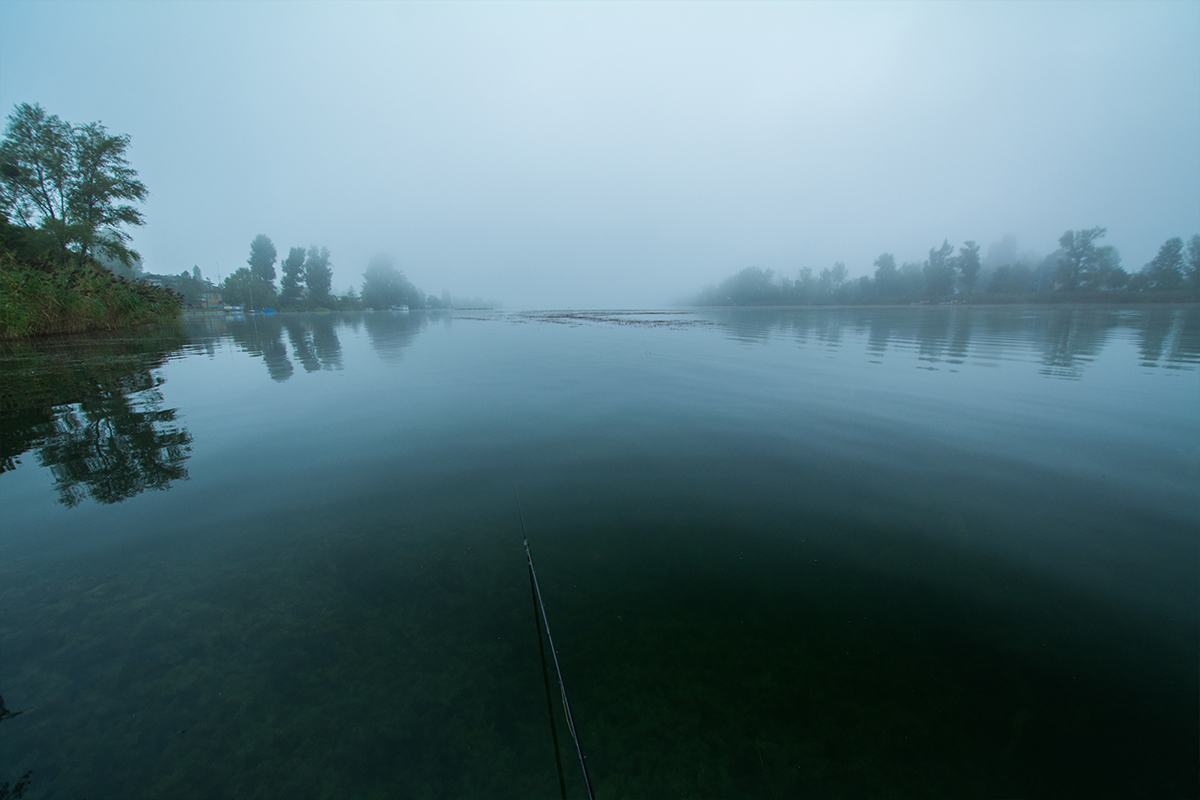 And I’m after this giants. Still didn’t had the luck of hooking one of this pikes. In spring I had a take where I’m sure that it was a very descent pike but I was not able to set the hook properly and the pike escaped. This autumn and also this winter I’m sure that I will catch a lot of descent pikes. My luck will change. 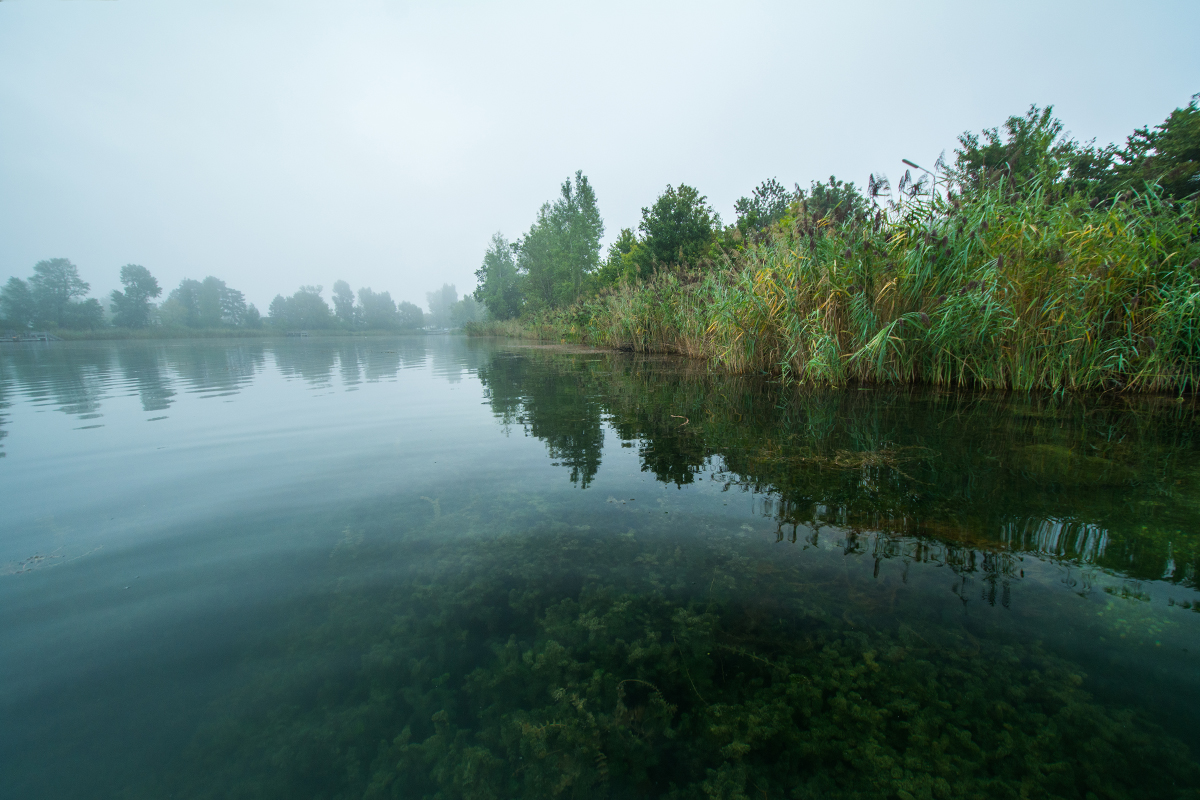 Thanks to the foggy weather there was almost no traffic on the water. In summer a lot of rowing boats are on the way which are a pain in the ass for the fishery. The fishing? Currently it is still Baby time. So also today. I was struggling through a hand full of baby pikes before I ended with a better one. The small ones always hit the fly with really bad intention. The bigger one today just nibbled on the fly, almost not noticeable. Thanks to my razor sharp hook I used. The hook set even without a hard line strike. 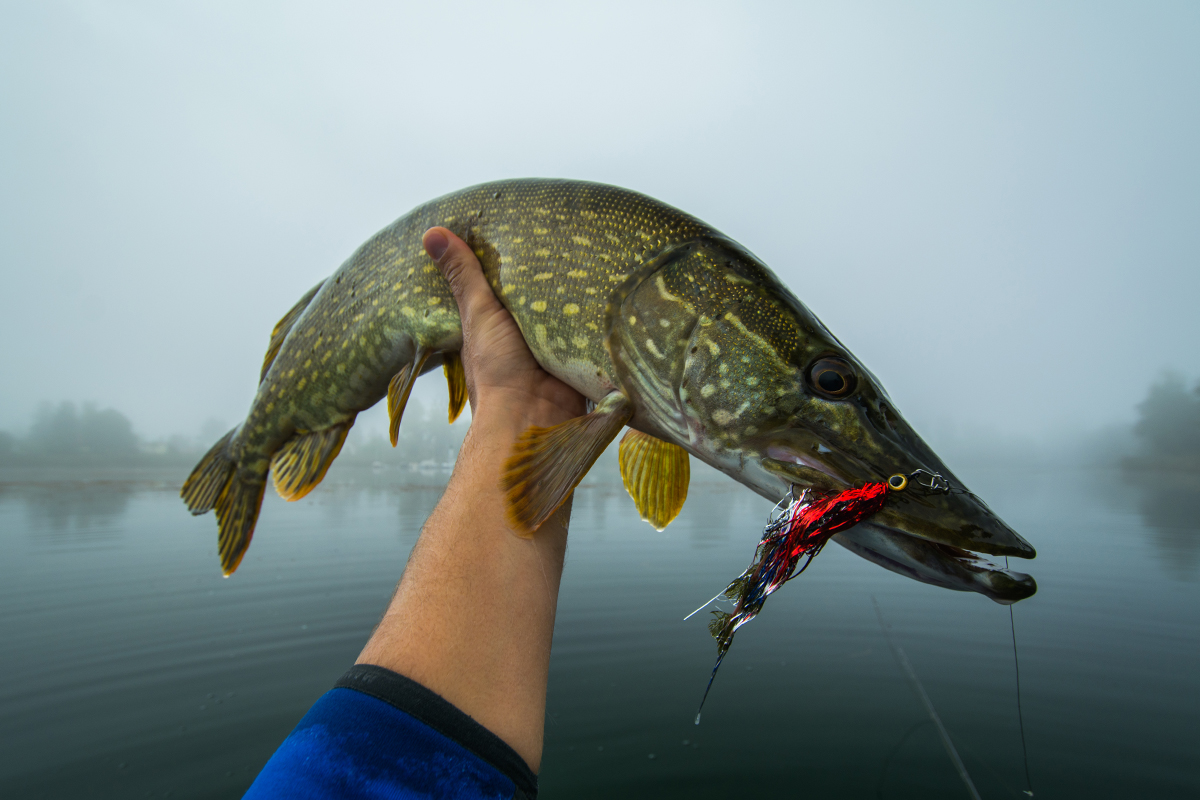 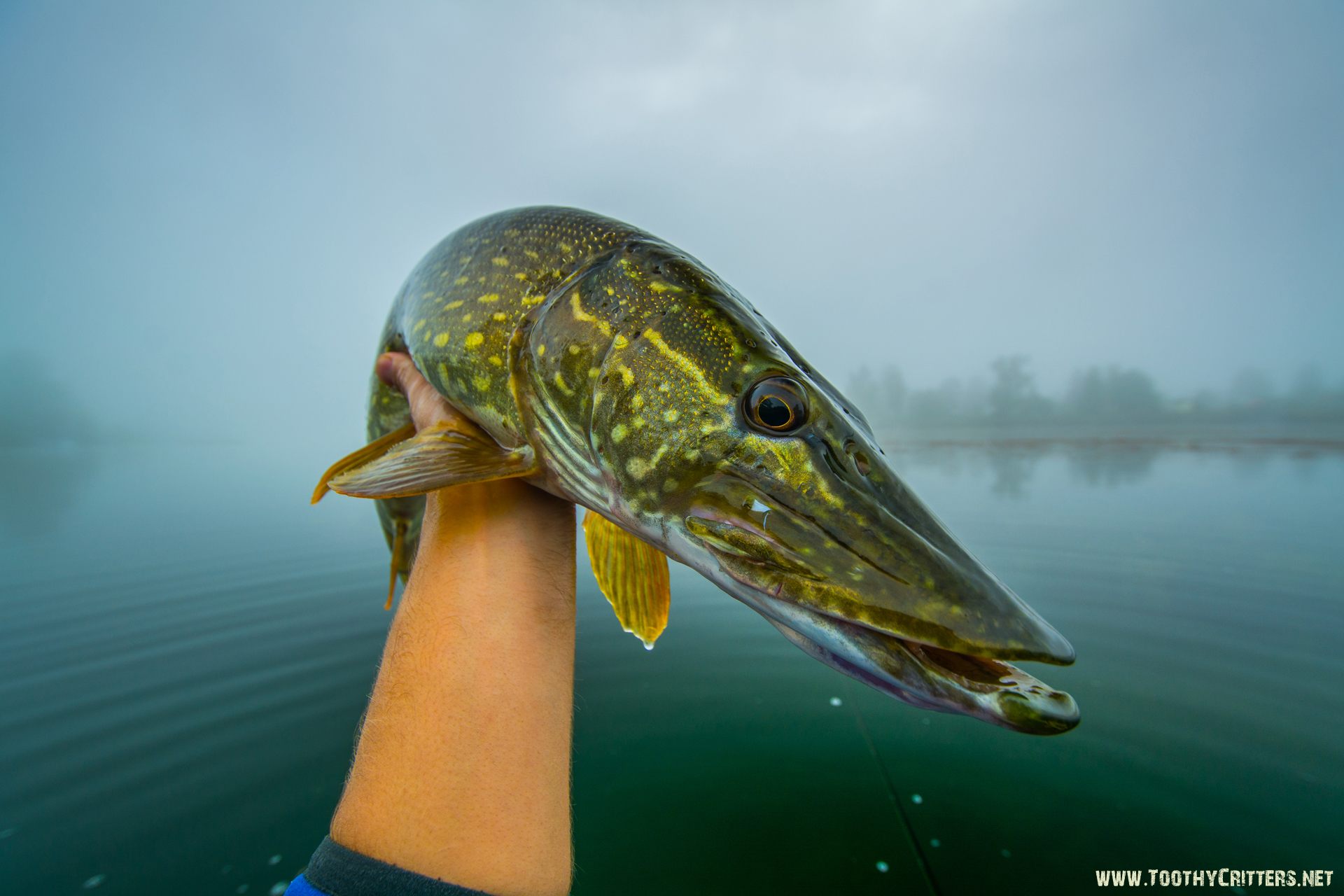 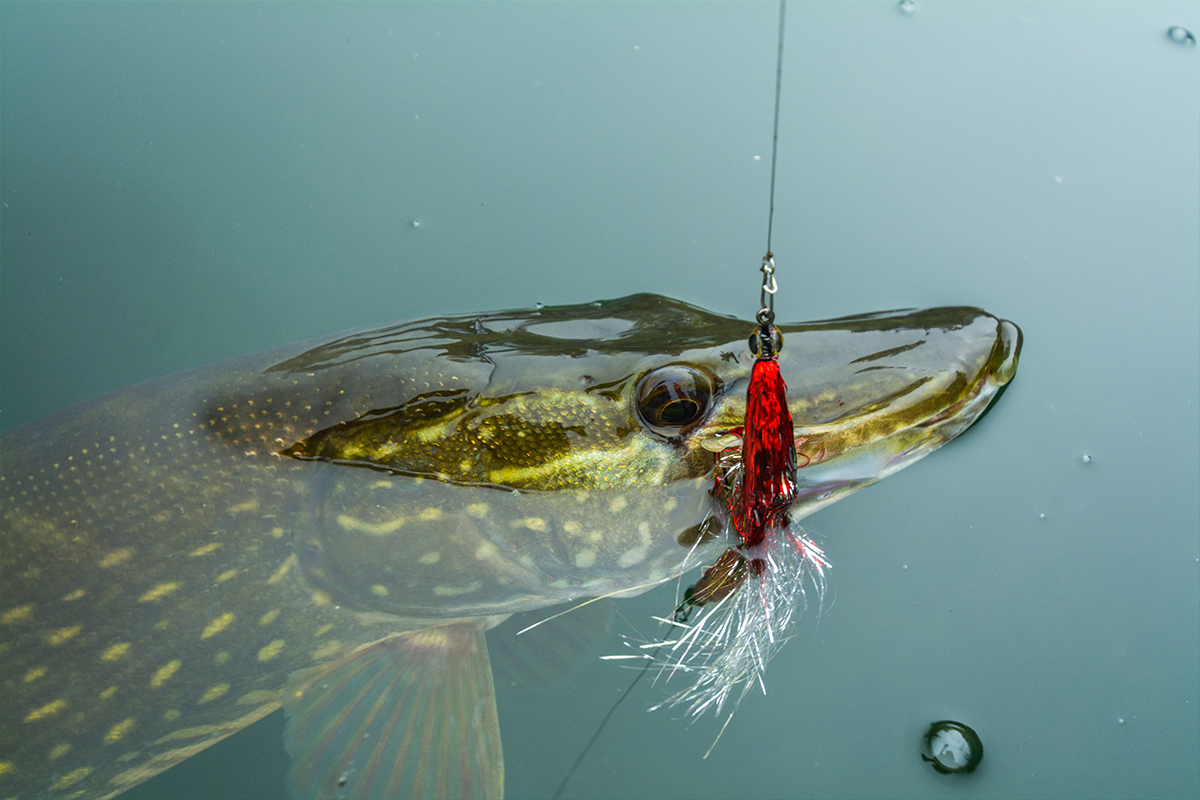 With this fish the big pike season started.