Since long time I made it yesterday to the water for some pike fishing. Although I blogged the last couple of months about dreamy saltwater fishery, I still love my pikes. It is a different fishery but still fascinating. I didn’t had time yesterday a lot. Just made it for 2 hours to the water to a lake directly in the city, shutting down from stressful working day.

It was muggy and the days before were not very pretty, totally rainy. I didn’t had a lot of expectations, especially not when I saw that the weed grow extraordinary high. There was patches in the water where you could have dumped a kid and it wouldn’t sink. But I was already there, suited with my wading cloths and the belly boat.

First cast and ….. BANG …… On my absolutely first cast a pike hit for my silver/red glitter streamer. Really on the first cast. I never had this in my life before. I mean there are for sure regions where this is not so special but with our density of pikes here in Austria this is very special. Its like a “hole in one” when playing golf. Will my luck come back? From all the bad fishing days I had this summer, will this session bring me some pikes I missed in spring? 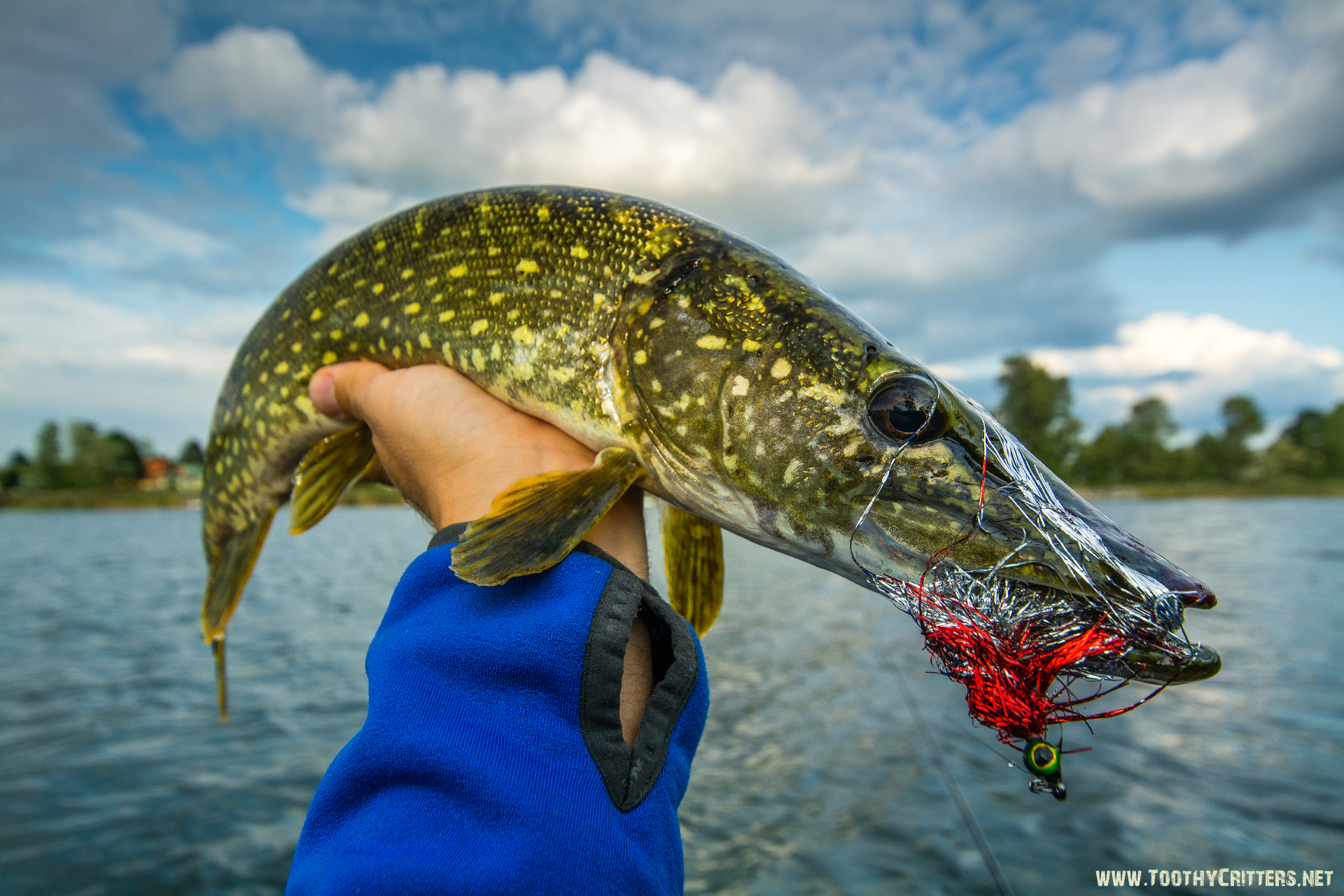 On the fifth cast there was again a pike on my fly. OK they are getting smaller but better than nothing. Again on the silver/red glitter streamer. The classic pike lure colors. And all good things are three Another 10-15 casts later there was again a baby pike on my fly. That’s like a small drop of water in the hot burning desert. If you are there you would also prefer a glass of water but if you are there, thirsty like hell, and get only a drop of water you are also happy. But I decided for me to leave the kindergarten behind me and head for the deeper water in the hope that the bigger ones are also in feeding mood. Long story short, they weren’t. I don’t know why.

On the way back to in the shallower areas I made a couple of casts, just in case something is hungry. And I had two more take, one was actually really descent, that could have been a bigger one and the other one I have seen not even bigger than the fly. But that’s also good. With all that small pikes I’m very confident that there is a new generation of pikes coming hungry for my flies. If the people start thinking economical and not killing each and every fish we might head for better times. Hopefully. 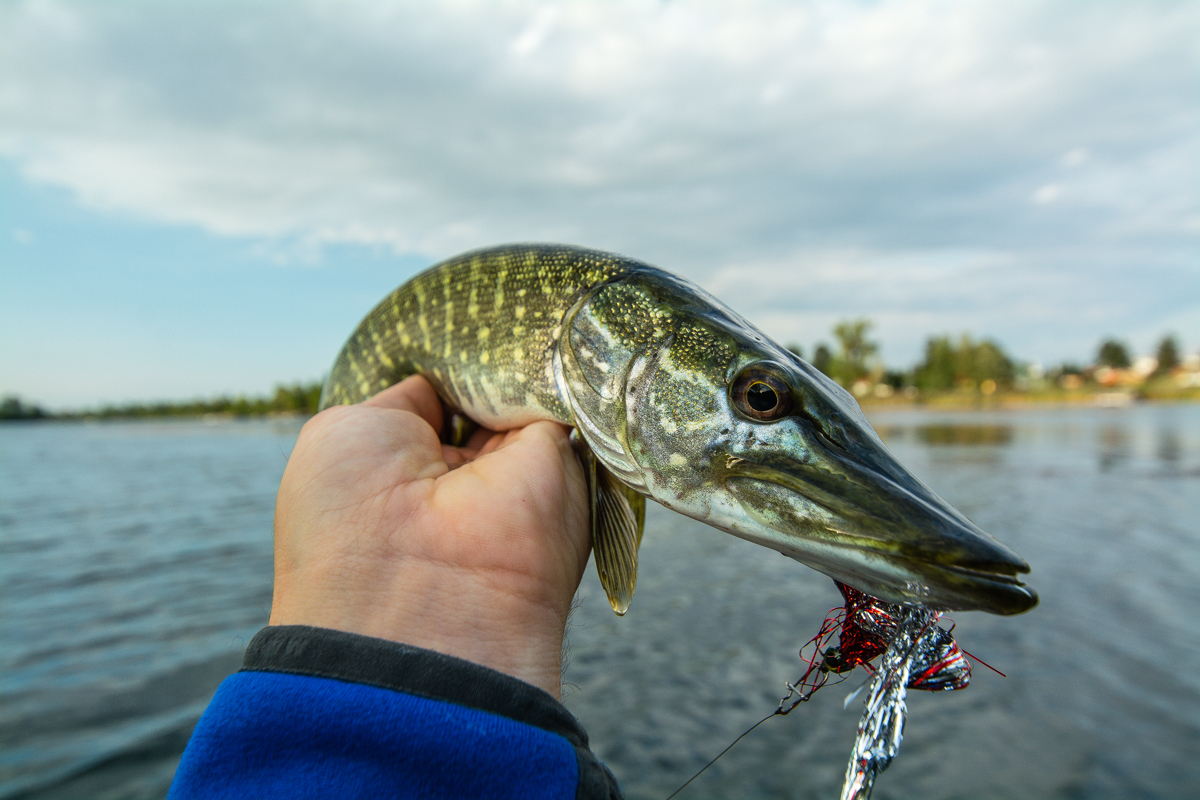 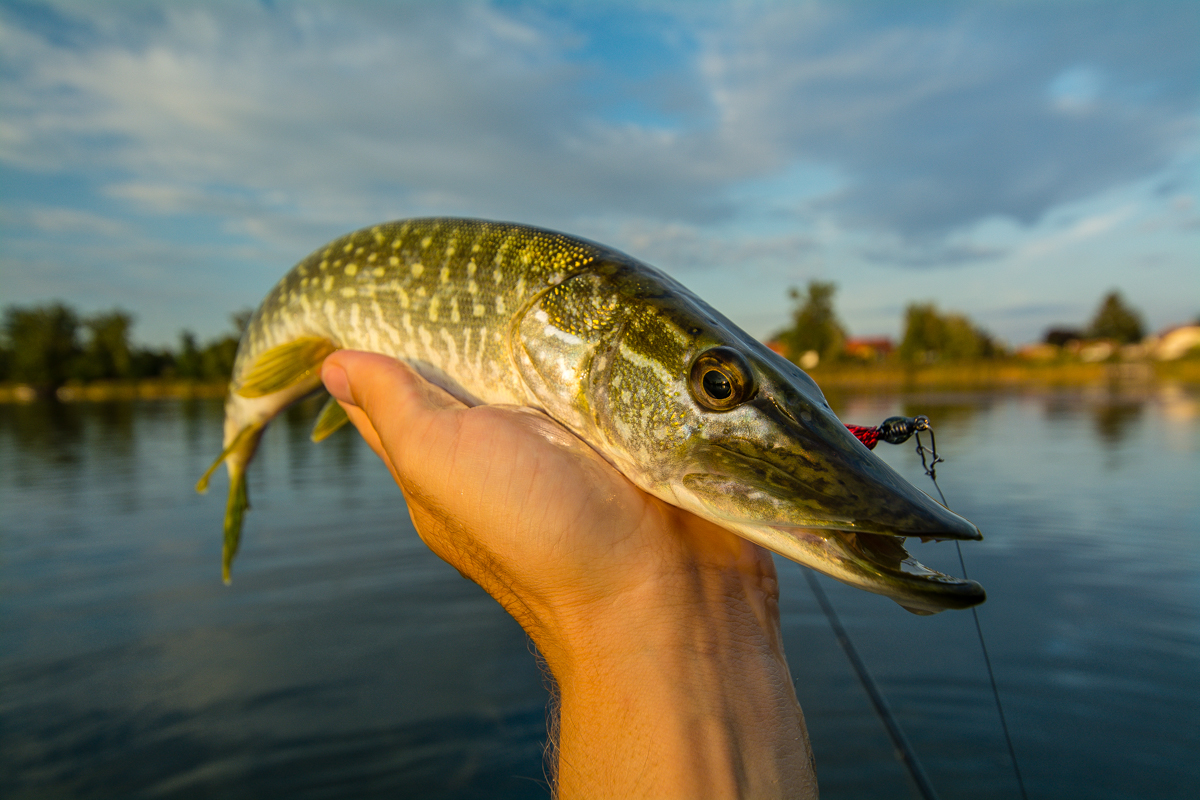