Blue Water Fishing
There is another very interesting kind of fishing you can do at Aitutaki. Far aside of the blue lagoon, outside of the reef Aitutaki offers a paradise for blue water fishery for a big variety of fish. If you want to fish for yellowfin tuna, no problem. Fishing for Wahoo, Barracuda or GT, No problem. Even Marlin or Sailfish shouldn’t be a problem. Caught fish are regularly reported.

Since a few weeks, Itu does have a new, big boat. For sure a at least 30feet aluminium boat, fully capable to stand even the toughest sea outside the reef. That boat is fully equipped with everything the modern sport fisherman needs. No matter if you want to go for trawling, fishing with life bait or even fly fishing. Itu and his guides can handle all techniques. But what makes Aitutaki so special for this kind of fishing. They do have 5 FADs so called Fish Aggregation Devices. That’s floating objects drifting in the water anchored so that they keep their position. This FADs attracts small bait fish, and circling around bigger fish become attracted, and around them even more bigger fish, and so on till you reach the end of the food chain. That’s the fish we are after. Concrete for the fly fisherman that’s Mahi Mahi, Wahoo, Barracuda and Yellowfin tuna. Of course some bill fish can be caught also, but that’s more luck I would say. 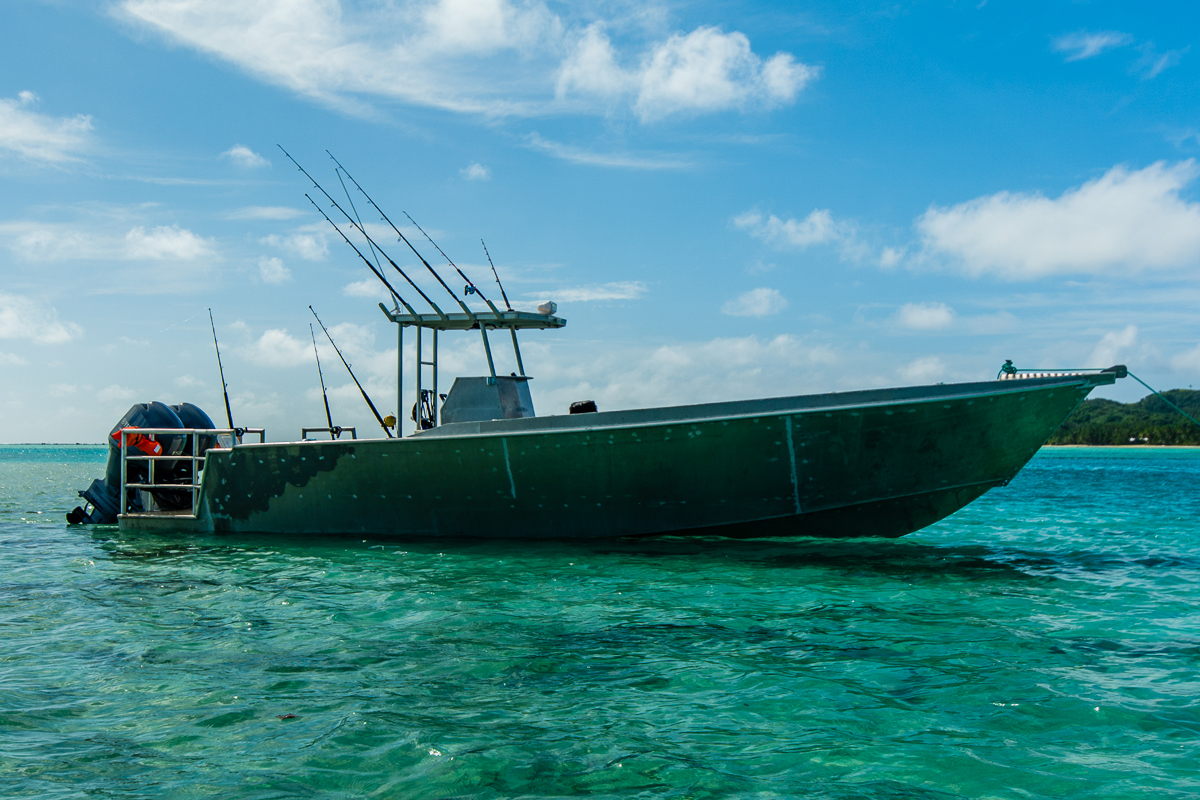 The fishery can be very tricky, for example Itu drops banana leaves around the FADS simulating obstacles that can attract fish, similar to the FADs. Also with chumming fish can be teased. With all that methods its just a matter of time till some fish gather around the boat. Also this can happen in steps. Firstly some smaller fish will appear, later bigger ones and so on. To fish for these fish you need strong gear. Especially you never know what appears. Surprises can always happen. What would you do if a 1,5 meter Mahi Mahi or a 100 pound yellowfin tuna appears. Yellow fin tuna, compared to them a GT is a child birthday. The completely rip you off instantly if you are not prepared for them. At least you would need a 12 weight rod, better would be 14 weight. A reel with many hundred meters of strong gel spun backing wouldn’t be wrong and of course each pound of drag your reel offers would be a high benefit. If you think your reel is strong, if you hook up such a beast, you will wish you would have bought the next bigger size. And I almost forgot, it also wouldn’t be bad if you take a tooth proof leader with you. Wahoos and Barracudas do have very mean teeth that cuts a 100lbs leader like a hot knife the butter cuts. 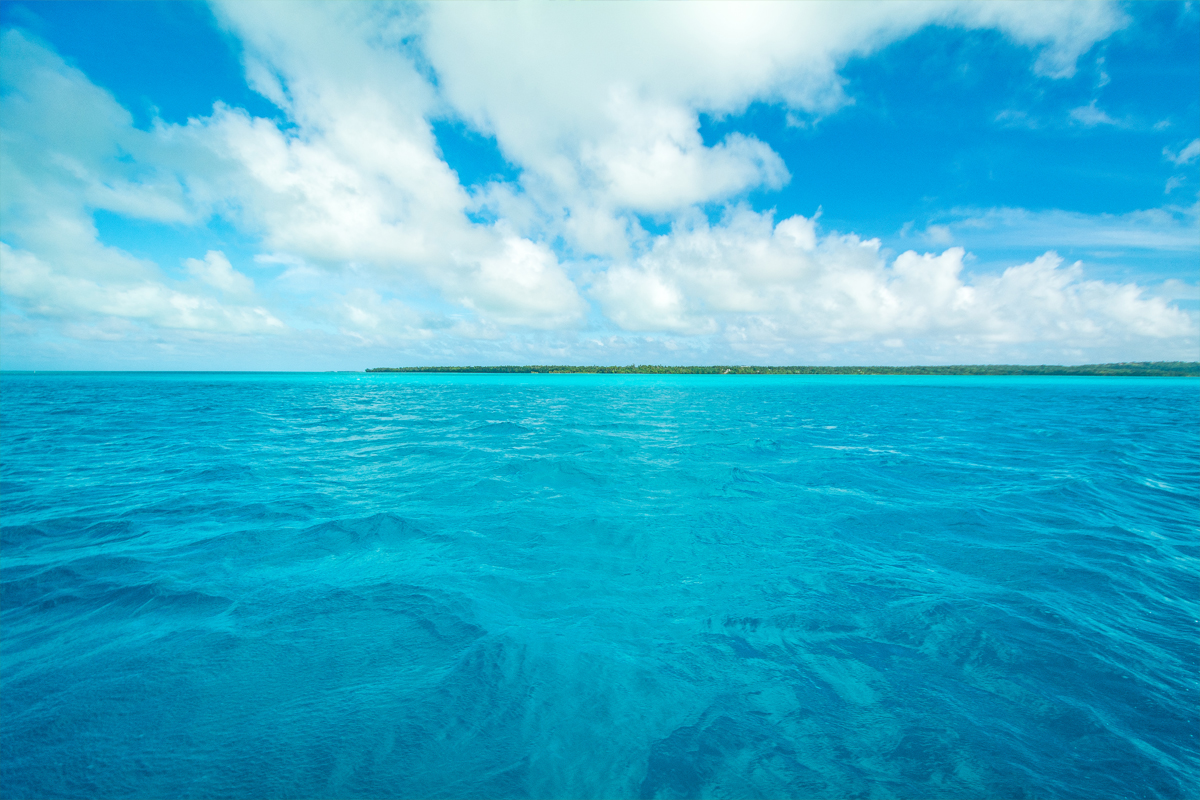 Giant Trevallies can be also targeted by fishing the reef from the outer side of it. Drifting along the reef line and casting into the cast. Some say that you can see the fish inside the waves like an aquarium. In some times of the year this is the best choice to get a big GT at the end of your line, with the possibility of many other reef predators.

For the flies you can orient similar to the flies you need for GTs inside the lagoon. Of course you need ultra strong hooks. It wouldn’t be wrong if you do have some heavier flies that go deep very quickly. Some fish will appear in deeper water, some will hunt in the upper water column. The same applies also for lines, be prepared with a floating or intermediate line and with a heavy sinking line.

How successful the blue water fishery was for me you will see in my next chapter. Did I caught my first Tuna or Mahi Mahi. Stay tuned. 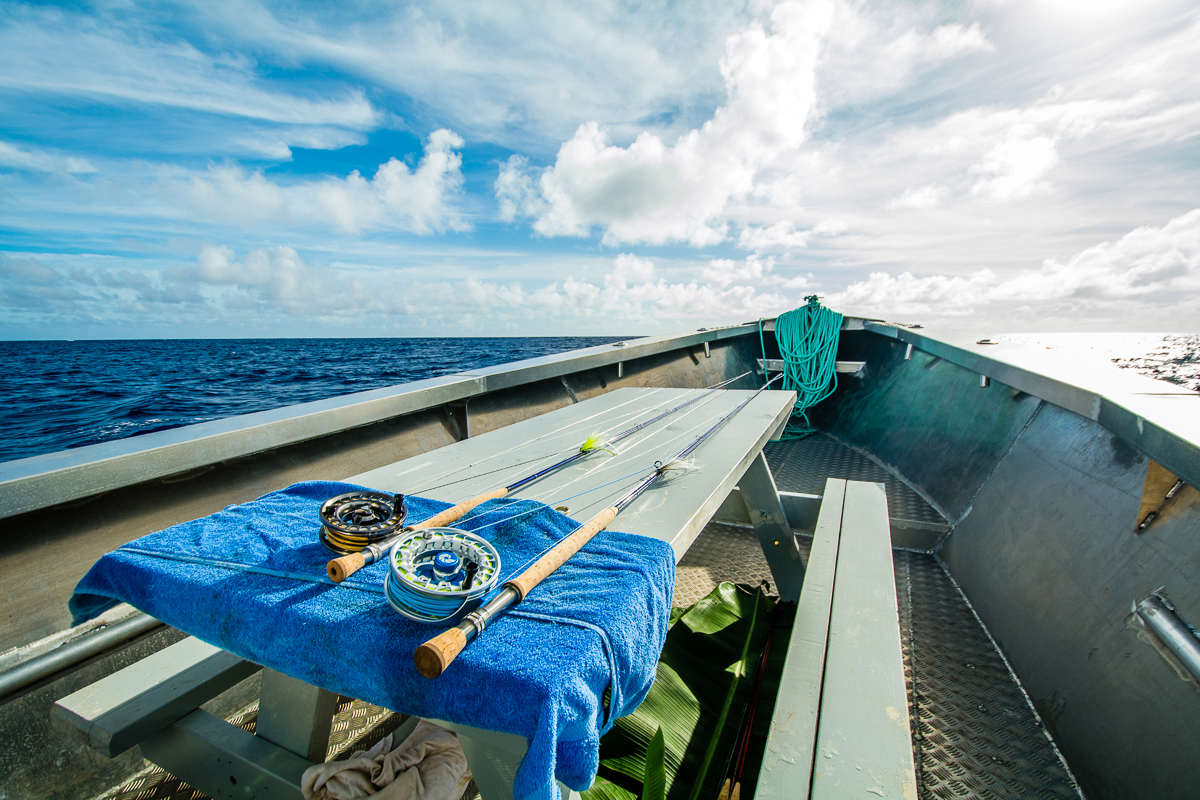