The ultimate gangster of the flats. I was dreaming of GTs since I saw a guy fighting one on the fly rod at Youtube. They grow up to 200 lbs and 150 cm of length. Fighting one is like you hook a truck at full speed. They can make mince meat out of a 12 weight rod with within seconds if the angler is not prepared. There is no room for mistakes when fishing for GTs. And most of all they are very clever. They really know their hunting ground and use every obstacle to fool you. If there is a coral in their way they will use it to get rid of the fly line and at last the hook. Hooking a big one, fighting and land him, then you can say you really reached the peak of what is possible with the fly rod. There is only a handful of fish that can top a Giant Trevally. 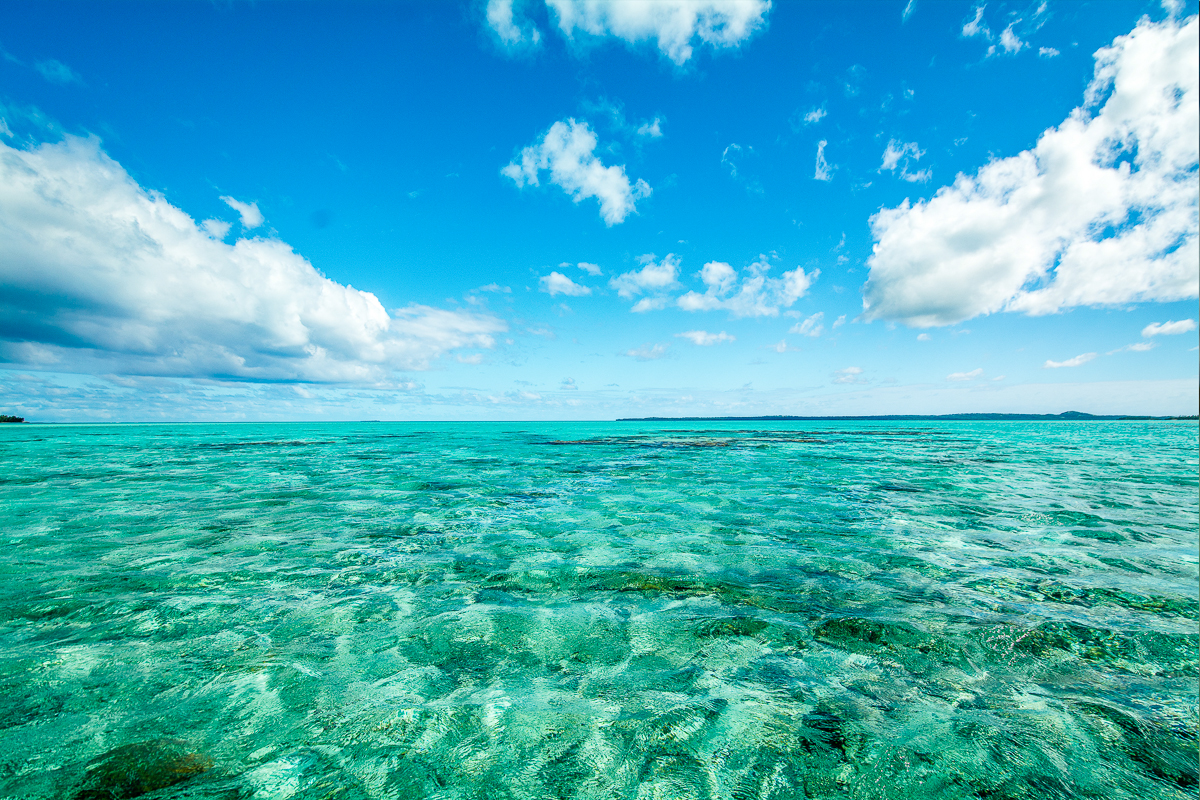 GT @ Aitutaki
Aitutaki is not the easiest location for chasing GTs unless you want to chase them with the fly rod. Don’t misunderstand me, Aitutaki has plenty of GTs but chasing them on the fly rod need a bit of preparation and the correct time. The main count of GTs do not reside inside the lagoon of Aitutaki during the year. They are on the outer side of the reef for the majority of time. There are some that reside inside but these resistant ones need to be found. Itu and his brothers know about them and fishing together with them, there is a reliable chance to cast at them. If you are also happy to catch them with the spinning rod your chance to get one hocked is much higher. First of all you can cast deep into the reef, no matter what side you are or in what direction the wind blows and secondly you can do active blind casting for them before you suffer from a tennis elbow. Believe me, a 12 weight fly rod with a 550 grain shooting head and a 10 inch fly on a 130 lb leader is definitely not a children’s birthday party.

OK, how was the fishing for GTs. Pretty cool!!! Itu was very committed and spared not efforts to make my dream come true. The fishing was always together with a second guide on board. From the boat the chase was on to cover as much area as possible during the day. To find them we drifted as deep as possible into the reef from the lagoon side. This was easier with high tide due to the corals but more effective at low tide. Spotting the fish was easier then. The second guide was needed to hold the boat in position between the corals. It needed to be said that Itu and the other guides take care of their environment and of course also the boat. And having 4 eyes looking for GTs wasn’t bad, I have to say. 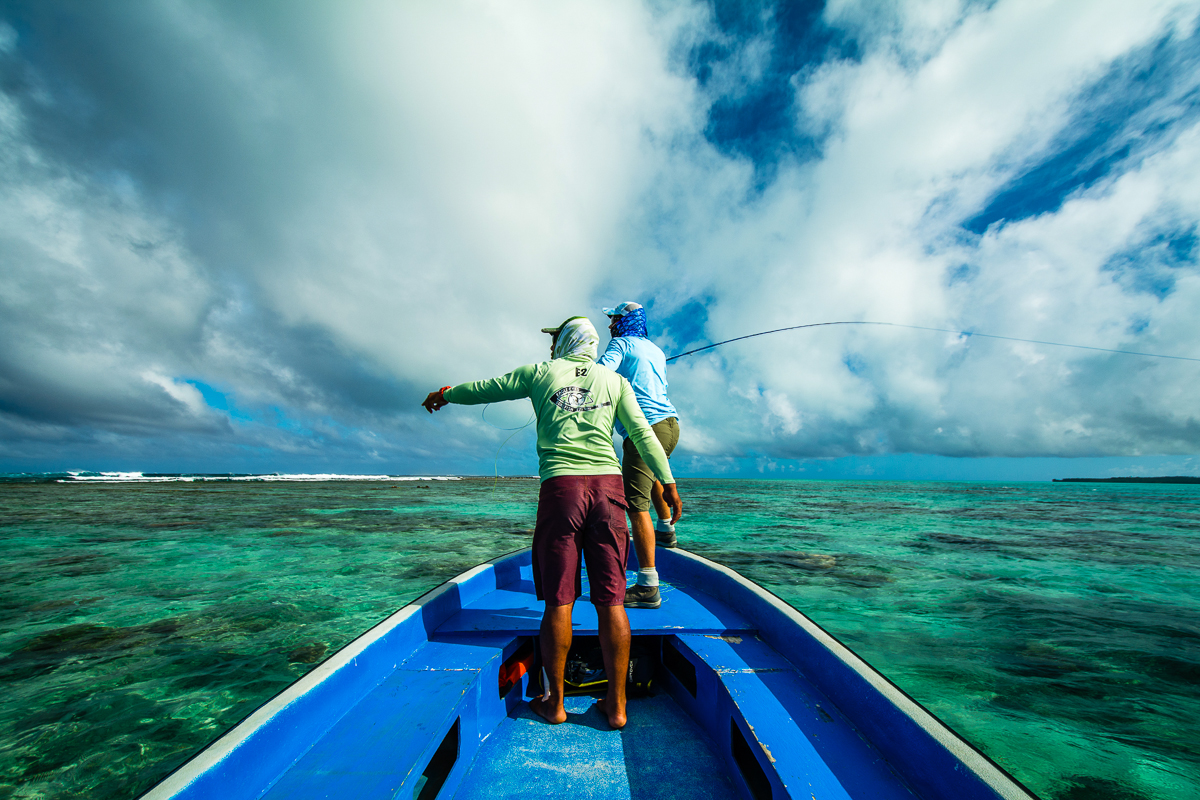 Spotting fish was similar to bonefish with one exception that the target was much bigger. The interesting thing about them was that they don’t move much, at least the bigger once. Many of them look like a coral, dark or light. But once spotted your heart starts beating and you really can feel the adrenaline in your blood vessel. I mean spotting a bonefish and you get active and keen but a GT and you really run on adrenaline. Now you shouldn’t make mistakes. Take a breath and cast. Against my imagination, GTs are very spooky. Just by looking Youtube I thought they hunt everything down what comes in their vision. No its definitely not like that. Making a bad cast and the fish is gone. Moving the fly to fast and the fish spooks. Sometimes the go for the fly with full speed and turns away just a few inches before the fly, swims a few meters a way before they go for the fly again and turns away again. You die each time a GT is doing that. The best chance to catch one is when they hunt together with the bluefin trevallies. Then there is something like a competition in the pack and they don’t look long and go for the fly. Also they are very easy to spot. Usually you see nervous water, the blue fins above the water line, or jumping baitfish next to them.

Once hooked you have to fight a GT like you have only the fly line on the reel. The more line they take, the higher the chance that they cut you off on a coral. And there are a lot of corals, especially at low tide you have every meter one. So get them on the reel and tighten the drag to the max. If necessary put extra pressure on the fish by extending the drag by your hand on the reel. Try to win as much line as possible. The extremely durable 130 lbs fluoro carbon can stand an obstacle but not for long and the fly line anyway not.

So where are they? Of course at the reef. Some inside the reef, the majority outside the reef. But there is a time, that I mentioned already, in chapter 5 “Bonefish”, January till February where a lot of baitfish come inside the lagoon and the GTs come in good counts to feed on them. Then, so Itu, you have a very good chance to hook also the many and big GTs inside the lagoon. That’s the time I will come back and see. 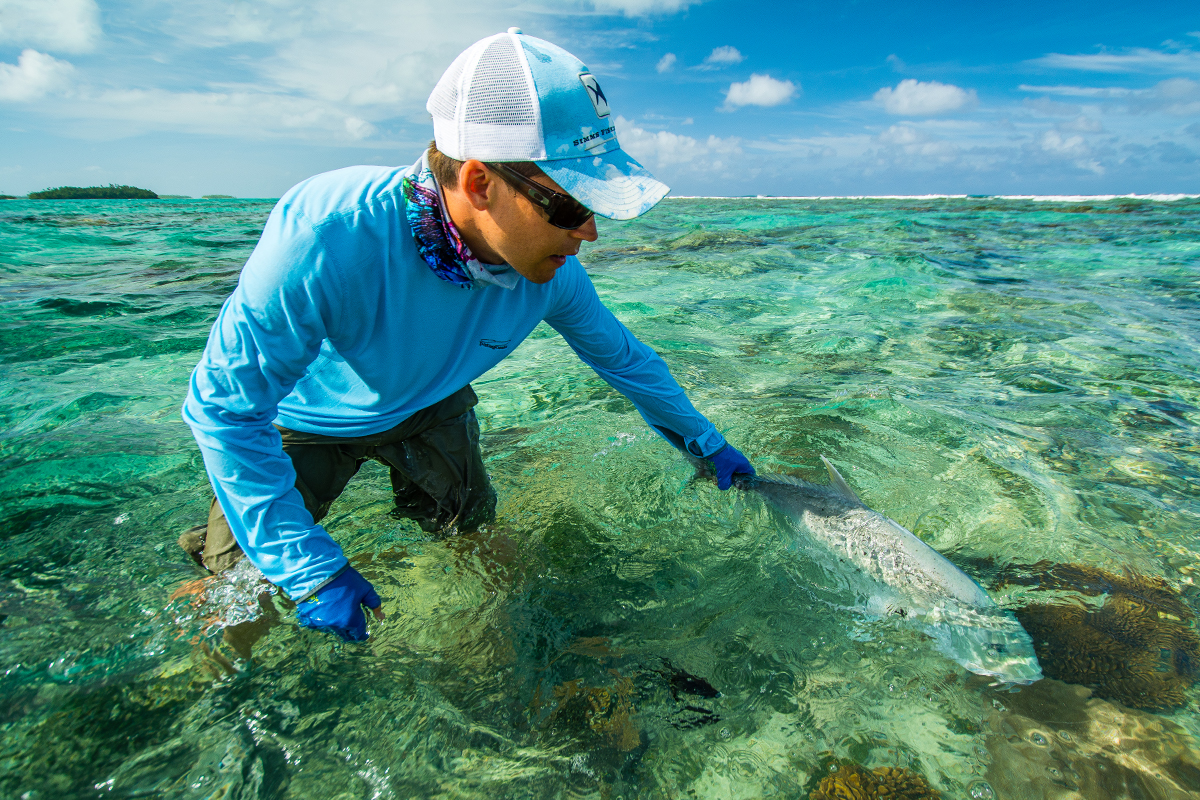 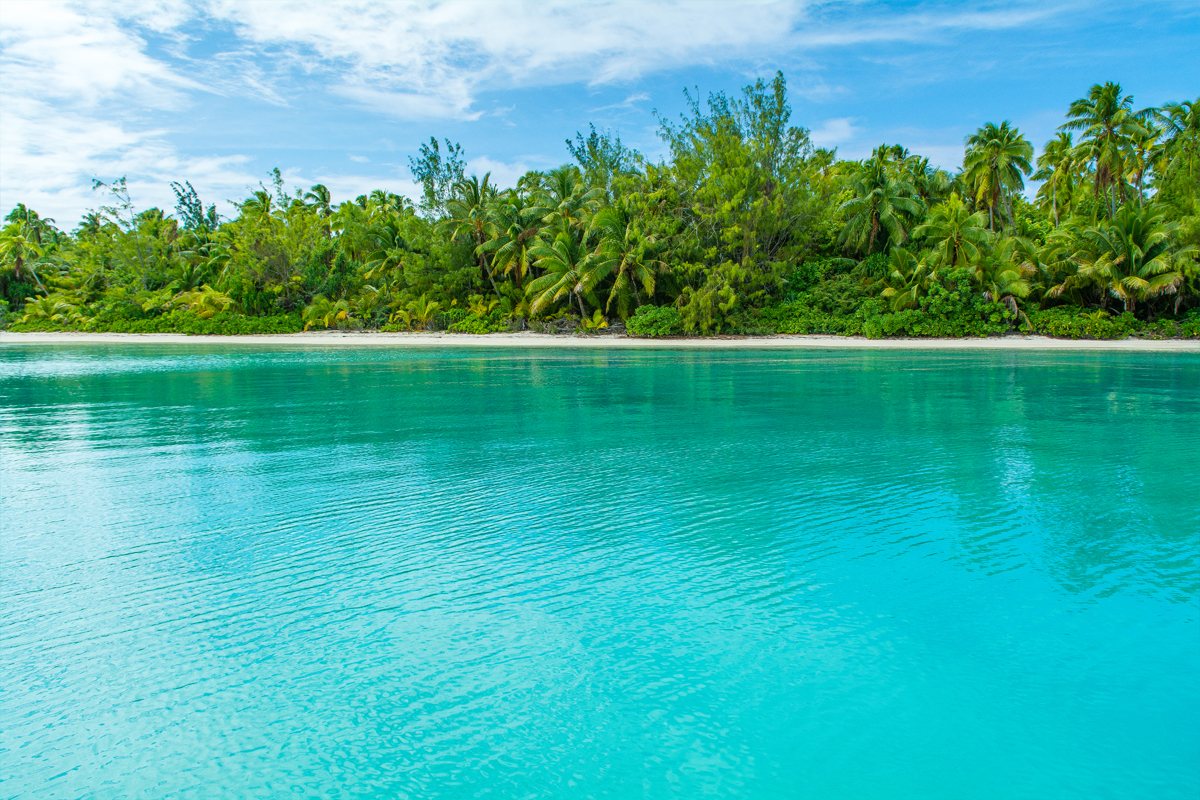