Today I want to tell you about big pikes, really big pikes. Since I began fly fishing for pikes I was dreaming about the big ones. The internet is full of happy fisherman with big fish smiling in the camera. All this motivates the ones sitting behind the screens. The tales from the old generation fisherman about descent pikes been fished centuries ago doesn’t make it better. Wouldn’t they have killed all them in the past there would not be only dreaming but also a serious fishing for them.

My first year pike fly fishing was very poor. I think I went out for 30-40 times and had only a hand full of small pikes. Nothing really you could call successful pike fishing. When the flies are not much smaller than the pikes this is a signal to rethink the strategy. So I made for me the decision to learn from the best and fish with the best. Since long time i was observing the blog from Simon Graham and his fishery in the Baltic sea up in the north. I instantly contacted Simon and made the deal for a guided week.

I myself expected to learn as much as possible from the master of pike fly fishing. No that’s not the full truth. There was something I mentioned before, yes the dreaming of the big pike. And I had a lot of dreams about that fish that changes a fishing trip to a unforgettable one.

So I was fishing with Simon, day two, and the fishery was really awesome. Such a marvellous landscape I haven’t seen till then and full of big pikes. For each cast I was hoping that that’s the cast for the big one. And then there was the moment I was hoping for. It was a long cast into a reedy bay. The fly hit the water and bang.. Fish on.. And the fish showed from the first moment that it was a real monster fish. Minutes later we had it at the boat and all expectations became true. It was truly the fish was dreaming off. Simon was as stoked as me. Even if this would have been the only fish for that trip, the trip would have been a success. 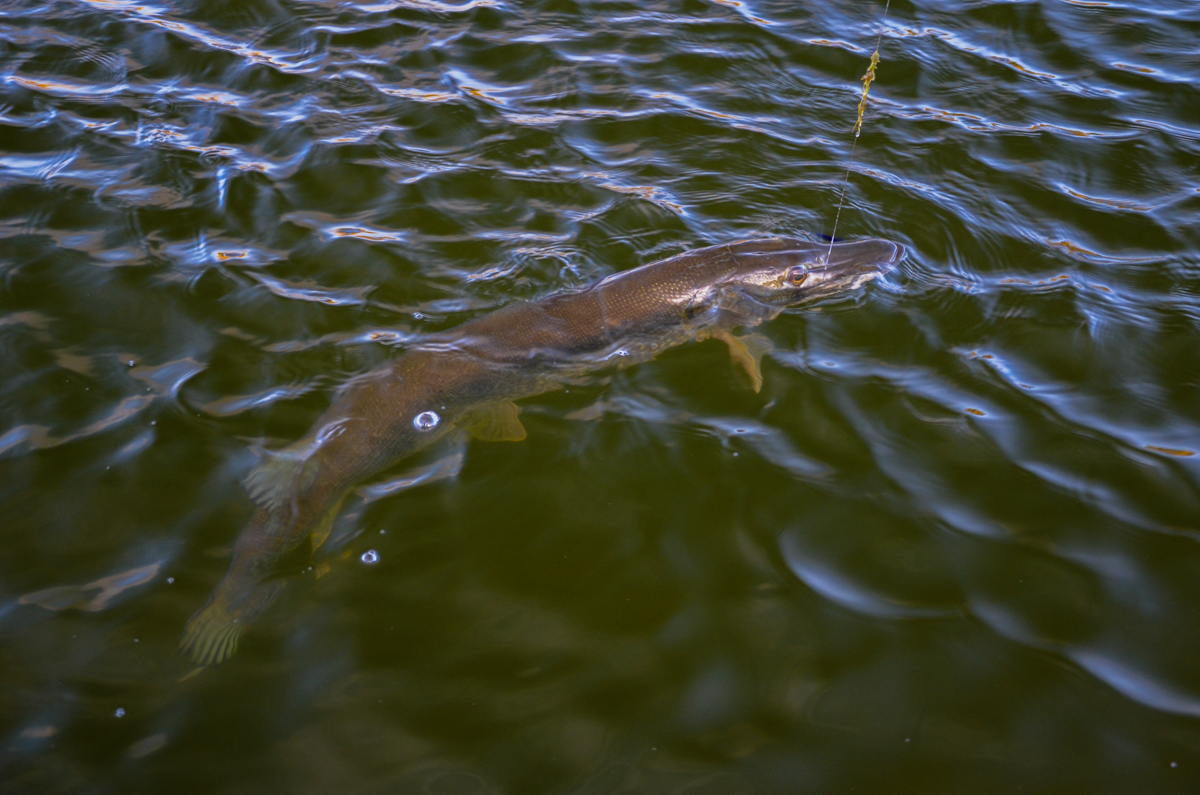 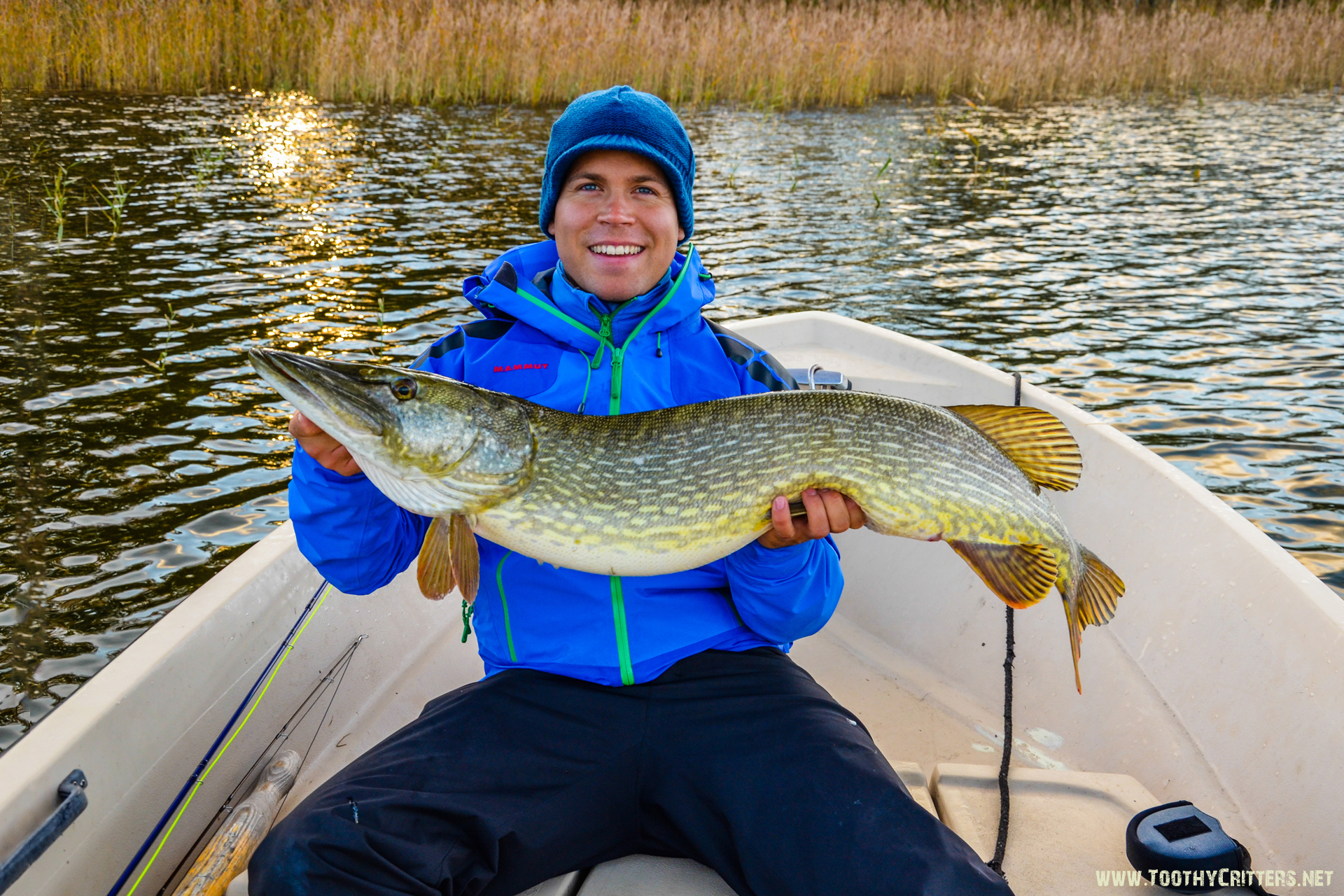 One day later I hooked up another nice 98cm pike.

A year later, a lot of experiences richer, I went for northern Germany to get my, lets say, yearly big one. Northern Germany, the island Rügen, is very famous for its big pikes. And it was clear that I didn’t went there for catching small pikes :). The strategy there was also clear and same as the year before. I got in contact with Bernd Ziesche, a fly fishing guide and a very experienced fly caster and instructor. The wade fishery for pikes was a completely new experience for me and my mates.

If you would have asked me if I’m ready for that fishery I would have answered no not really. I was still a bit sick and the fishery was very uncommon for me. I even had a bit troubles with the casting, up to the belly in the water, first time fishing with a striping basket. The line tangling around me. I had more line around my feet then in the striping basket. Fully not concentrated I was fishing, in my thoughts already at a nice dinner. Will my expectations become true? :) Yes they became true. I became a hard strike, a fish took my fly a few meters in front of me. A nice fight began. Minutes later I clasped with my hands the tail of that bike, slide my fingers under his jaws and landed it. That feeling holding that pike I will not forget so soon. Instantly my sickness was gone and I had full confidence in the fishery there. 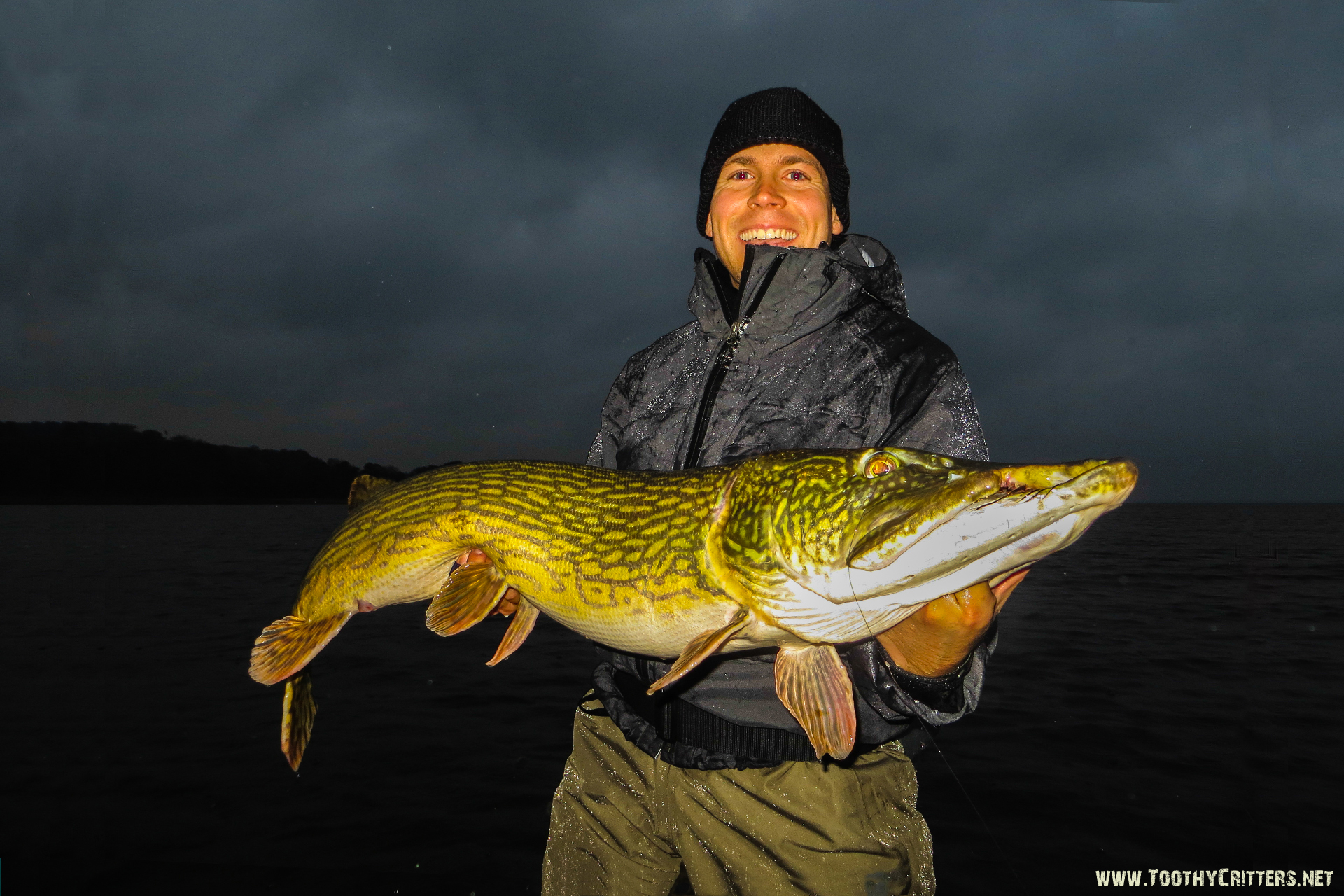 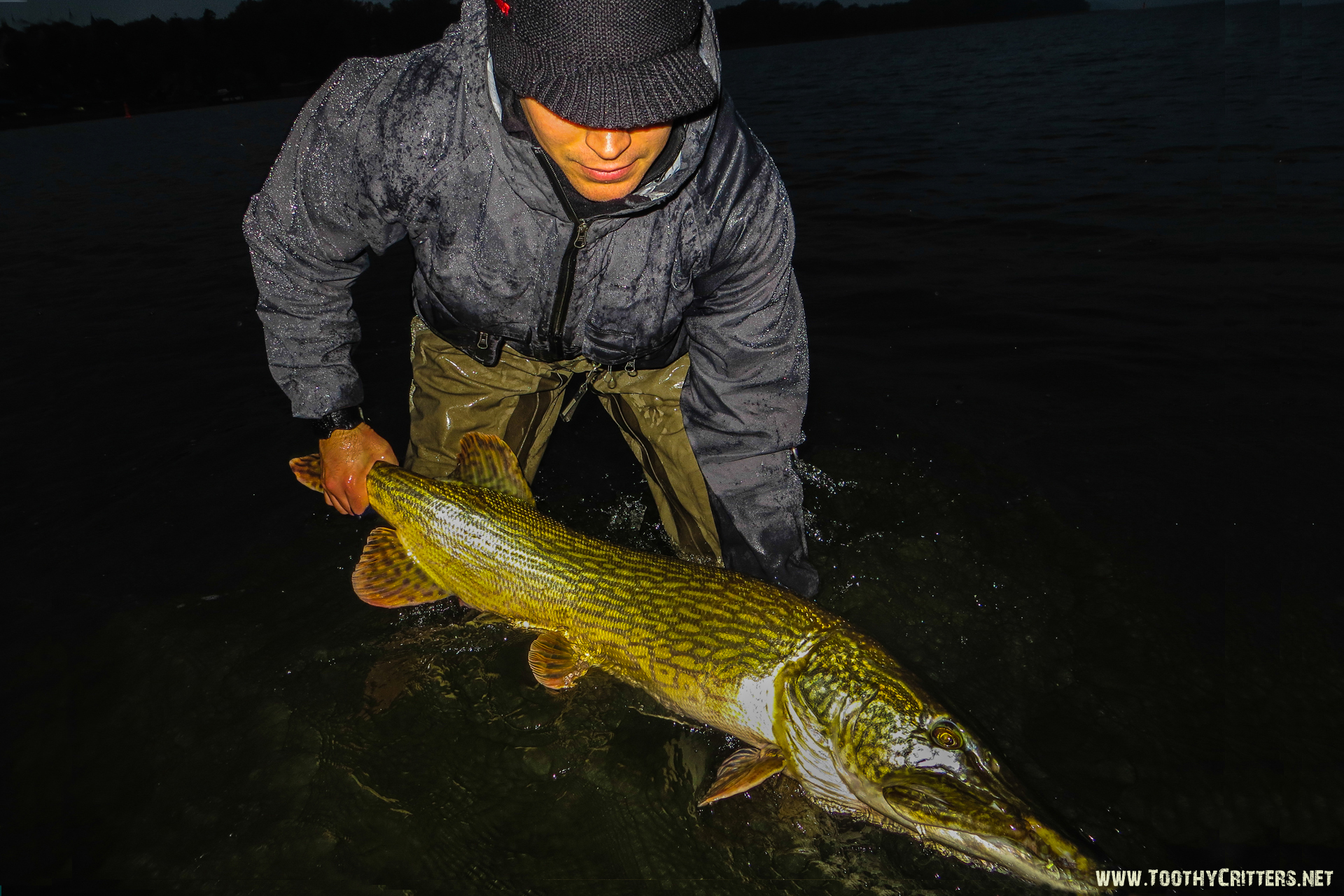 One thought on “Pikes of a lifetime”