This is the second part of a fly fishing trilogy. Again out with a friend for pike fly fishing. And it is getting harder and harder. The water is not very big and since it is pretty new to many fisherman all head for the same, PIKE. The spinning fisherman got already frustrated, somehow the pikes got used to their baits. Anyhow spinning lures, especially those from the old generation fisherman, are not that good. Usually its either a Meps blinker or some kind of rubber fish with a 50 grams lead. You can imagine in a habitat with a lot of dead trees those guys have to lure ultra fast not to snag a tree or something else sunken. But the pikes love it in winter much slower than usually, therefore they don’t catch that much, only suicide pikes.

Also for us it became harder. The usually working glitter, flashy flies seemed to became also very well known to the pikes. 3 weeks before they headed directly for the fly, smashing them, they tend more and more to just follow them to see what it is. In that murky water, even with polarized glasses you see them regularly in the last moment when they are directly at the belly boat. And they don’t spook. They swim directly at the boat around you. Of course they never took the fly.

Petrus was with me, so that day i had luck with a nice 81cm snoek, they dutch call it like that. 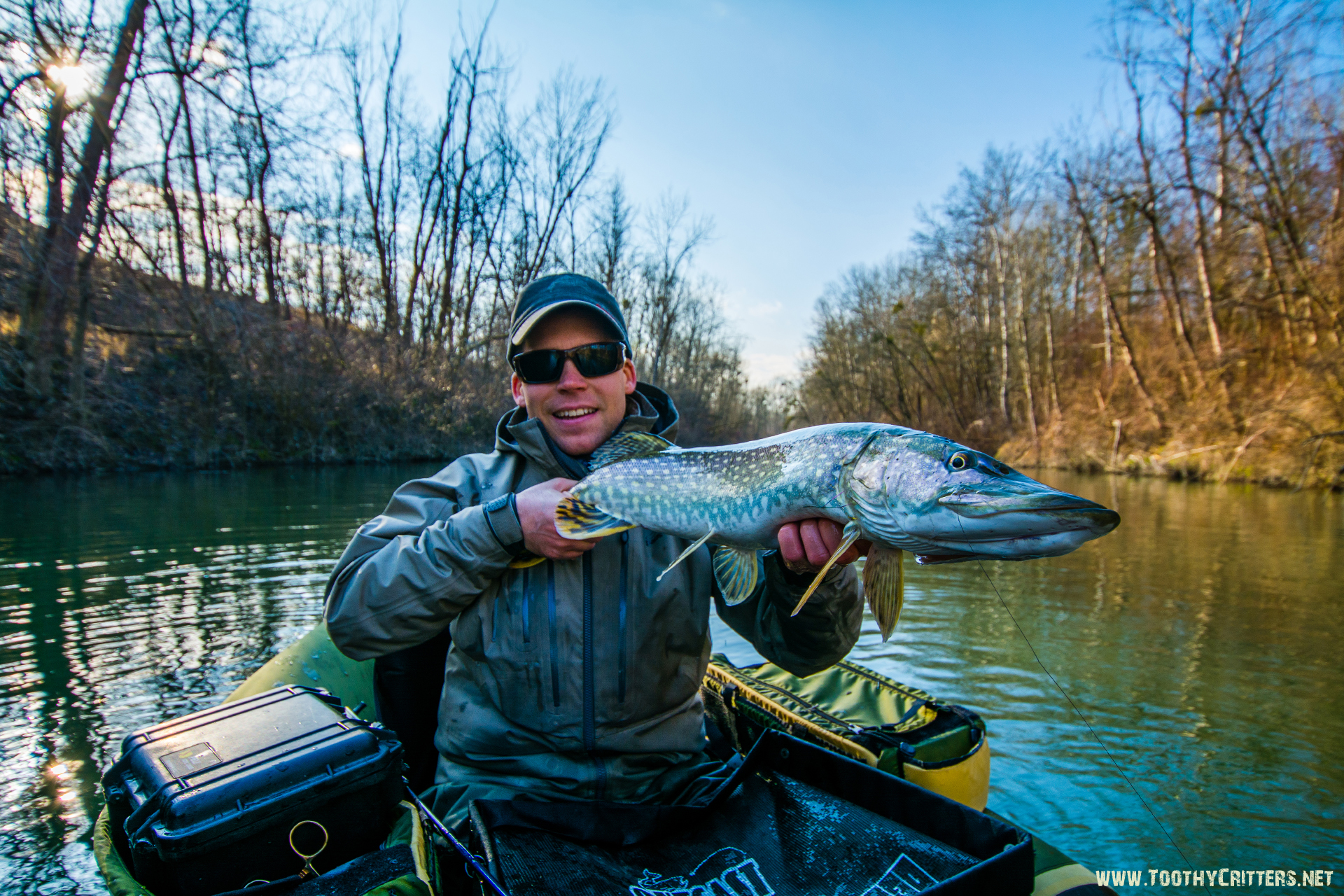 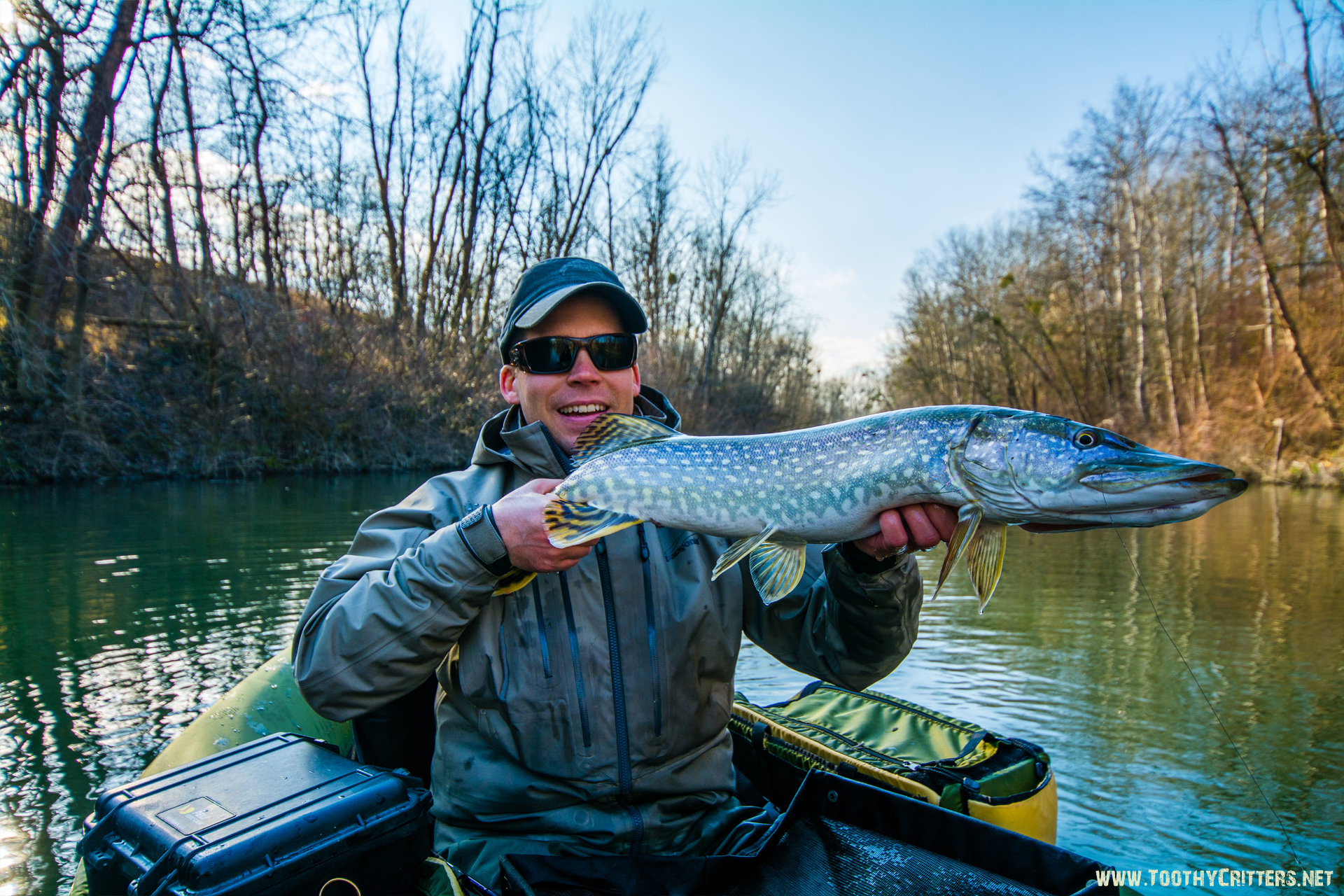