Recently Stefan, a good friend of mine and also one of my pike on the fly fellows had a fish of his lifetime at the other end of the line. As my addiction are the pikes, his is the Huchen or Danube salmon (Hucho Hucho). He had already some of this bigger trouts last year but all from the smaller category. So a decent fish was still missing.

So as the best time for big huchen is the dawn and night it is essential for the experienced huchen fisherman to stay until all other fisherman are in hands of fisherman’s wife’s :) or reside at a cool beer in the pub and telling stories about the fish that got away.
Not Stefan that day, he stayed and was rewarded with a very descent huchen that took his fly after a few casts on a very promising spot that offered already in the past nice fish. From the take itself it was clear that this is not a baby fish. 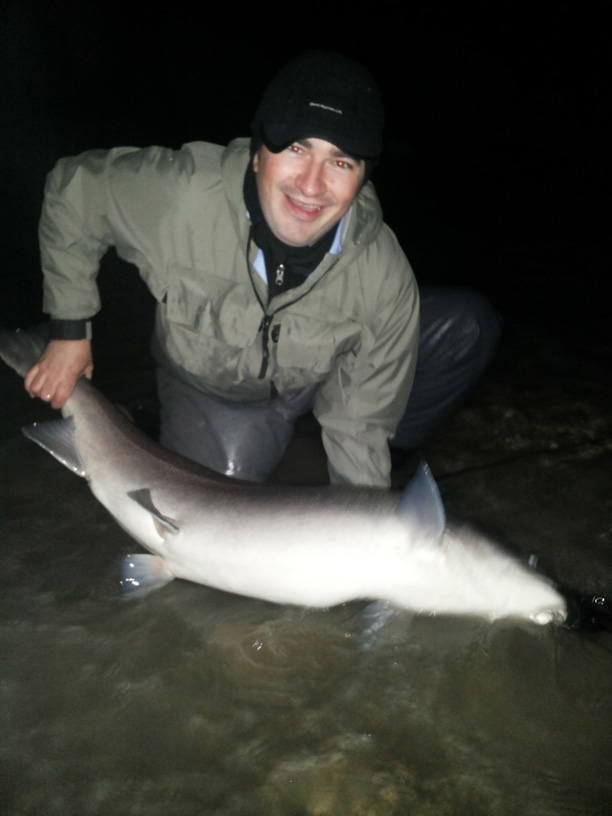 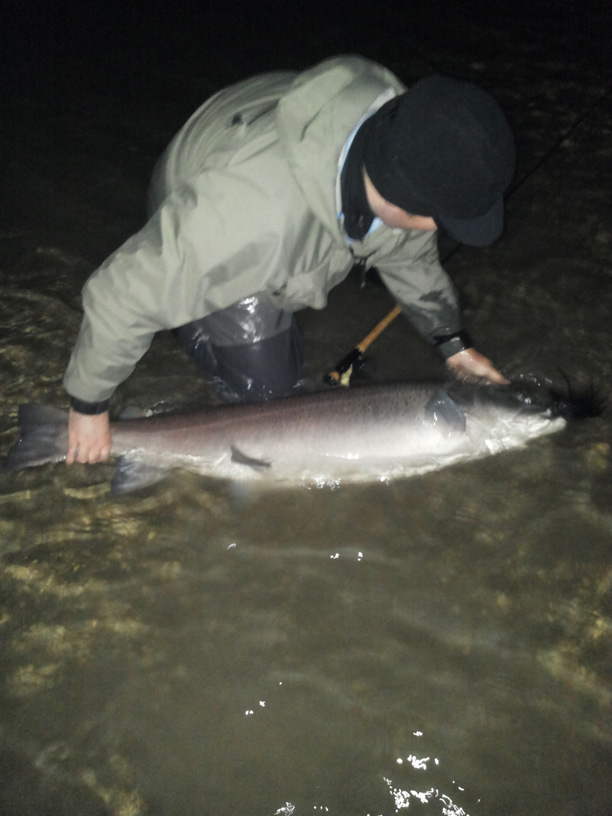 And the best on the hunt for huchen is. You never know. Also the pike is a always welcome reward at the hunt for the huchen.