This is a trilogy about some pikes i had end of January a few days before the closed season started. Day 1, Saturday i went out with 2 friends for fishing. It was a nice, warm day and the sun was shining. The mood was excellent that day and we had our joy. The water district was a little bit to small for us three. One was fishing the left side, one the right side and the third tried to be better than the two ones that fished the area before. That’s suboptimal but with good friends, rotating to be the third and some fun, there are much worse things to be faced with.

And the pikes were gracious. That means we had some strikes, but that day not every pike stuck to the flies. At that day nobody went home without fishy smelly fingers. First we had a small pretzel stick “Salzstangl”. :) That’s an Austrian, long shaped bun with salt. Pikes in that size get that name because they look similar. Sometimes I really wonder how that small pikes can open their mouth as much that the can inhale a 20cm fly.

The second one must have been his grand mother. We have seen the attack and it was for sure a 85-90cm pike, the minimum, if not even bigger. But the hook didn’t stuck in the mouth. Bad luck. That would have been a nice pike. In that part of the district there is a slow current that was taking us further down.

We came to a spot where a high voltage power line crossed the water. Some say that this attracts the fish. I couldn’t believe and I honestly still don’t do but we had immediately a strike on that spot, exactly straight under the power lines. Not a huge fish but good and healthy pike. One more fish we lost. 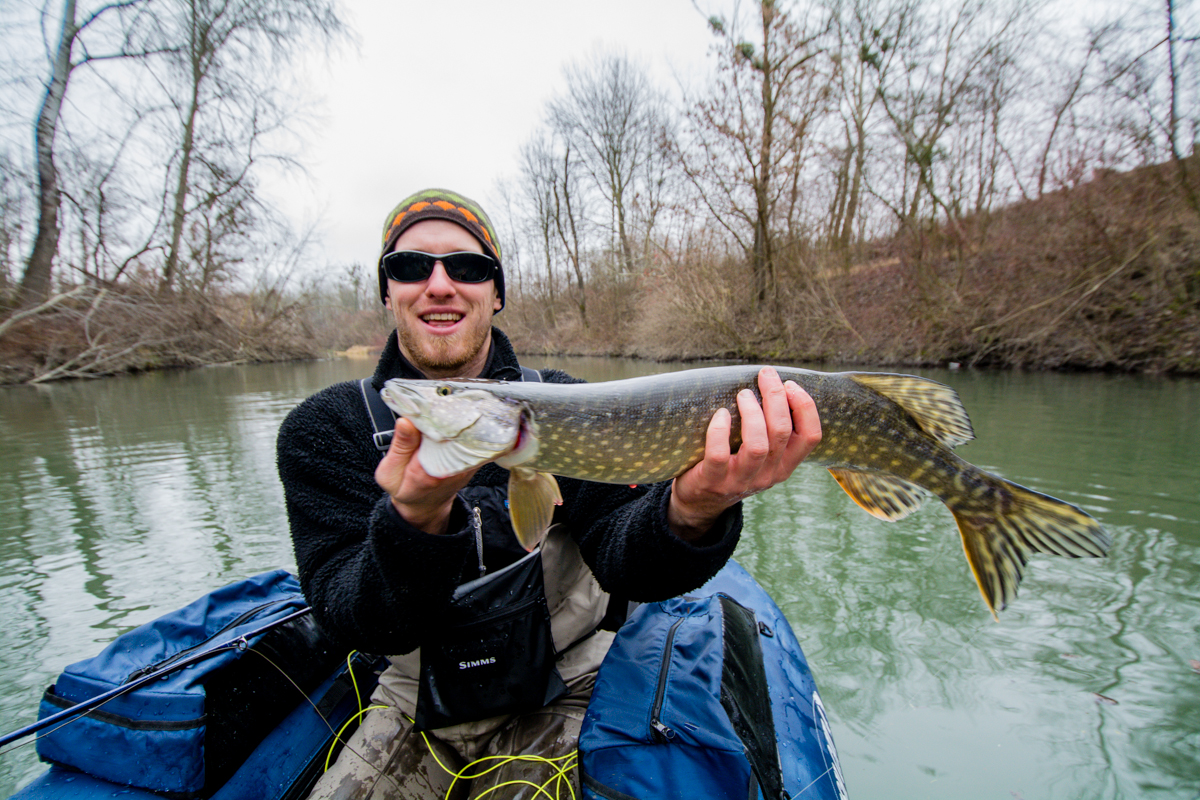 Me had till there no fish contact. It seemed to be a fishless day for me… But I already said, everyone of us got his pike. So also me! I had my pike 50 meters further down the water next to a beavers lodge. I haven’t see the take but it was a great one. In a pause between the strikes I felt pull on the line. The fight was short but intense. 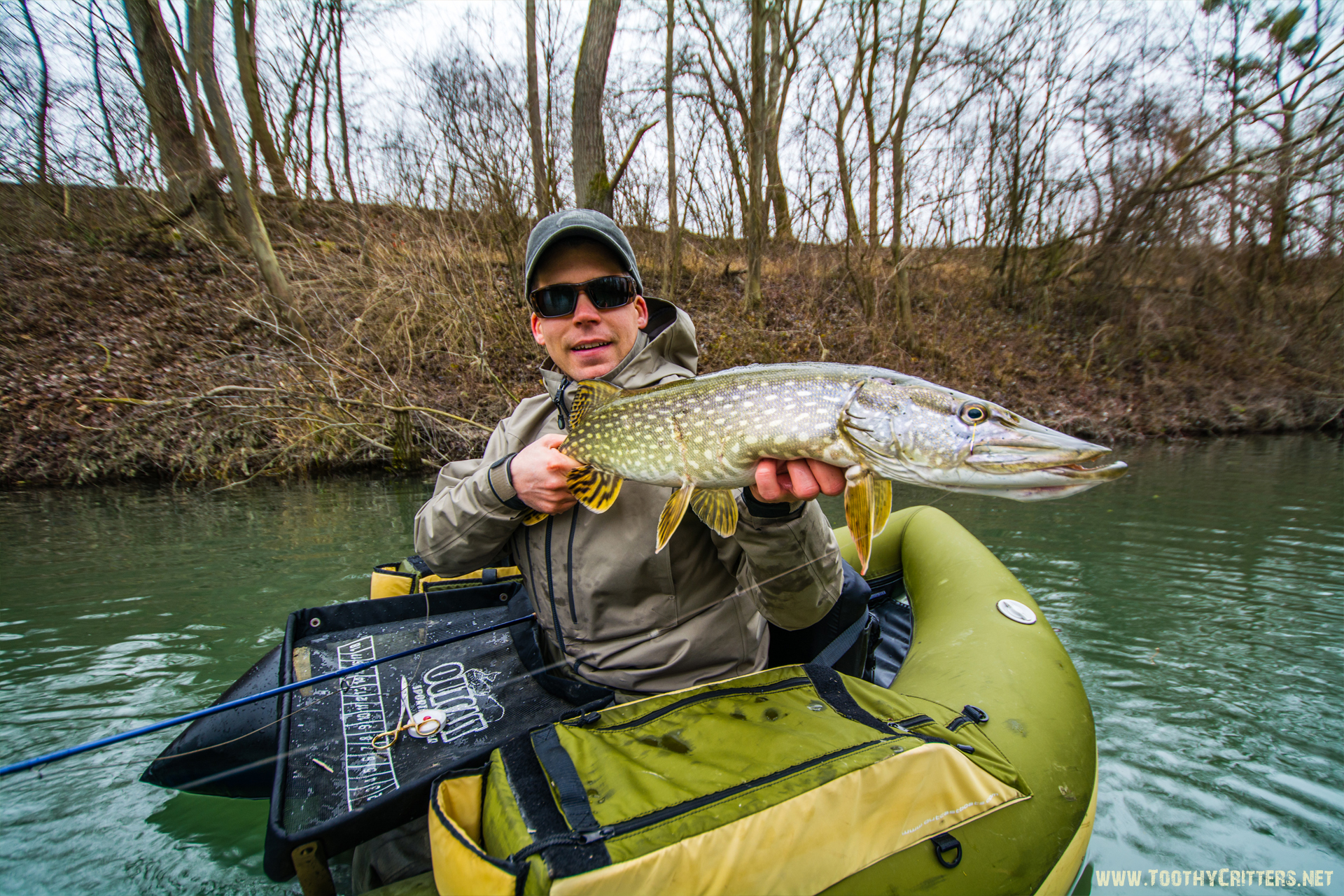 With that last pike we closed our fishing and went over to absolute stupidity. A few meters further down the current turns from slow to fast. The child inside us awoke and we head for the fast current with our belly boats. That was great fun, although it is by far not without danger. Steering and keep control with a belly boat in strong current is not easy. Especially in bends with drooping branches.
But nothing happened and we had for the next 2 kilo meters excellent fun. Much more than we had later carrying the belly boats upstream to our cars. damned :)