Austria is deep frozen! Snowzilla has reached the land of the alps. Fishing is entirely impossible. A land deep frozen. 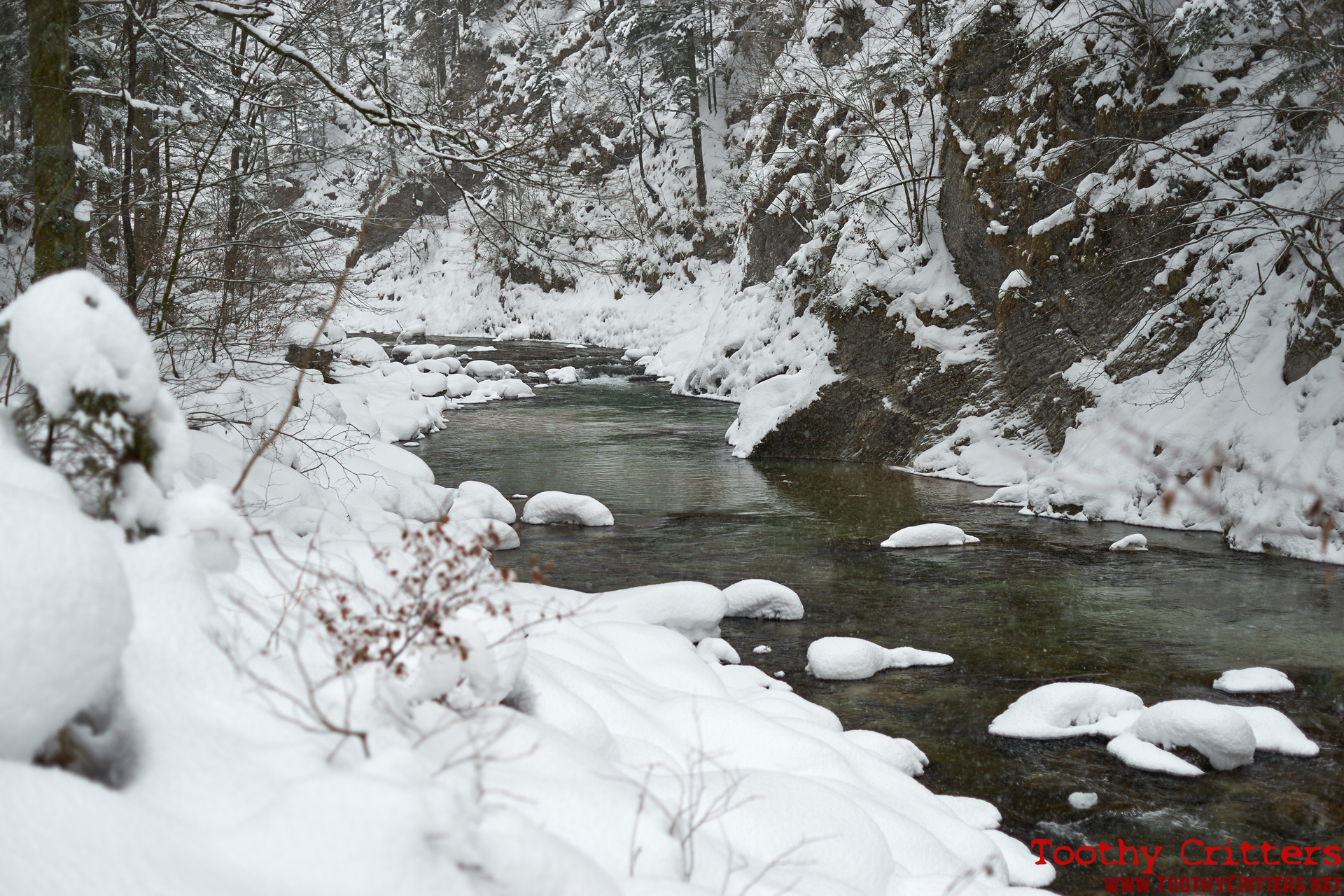 And what did I do? I went out to check out my number one trout stream under this extreme situation. Of course not with a fishing rod but instead with my new camera system. You know, photography is my second addiction

Maybe calling it snowzilla is maybe a bit too extreme but we had pretty much snowfall the last days. And the fishing prohibition seems to be fruitful. I have seen a lot of fish standing in the gin clear water. Ice floes were floating downstream resulting from small avalanches going down the steep gorge into the water. The temperature reached solid -10 degrees. A pretty extreme situation. I wish I were able to fish under this conditions. 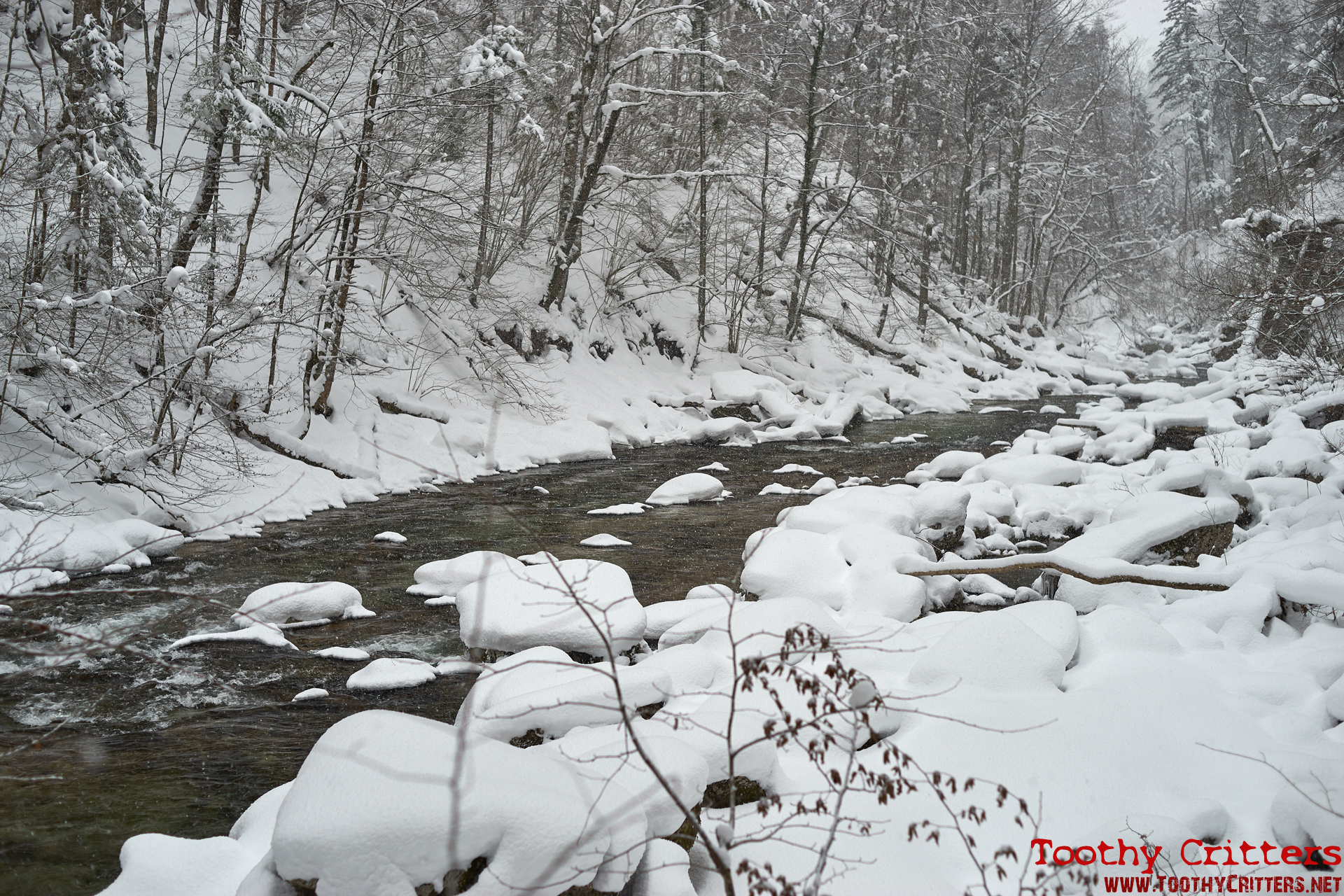 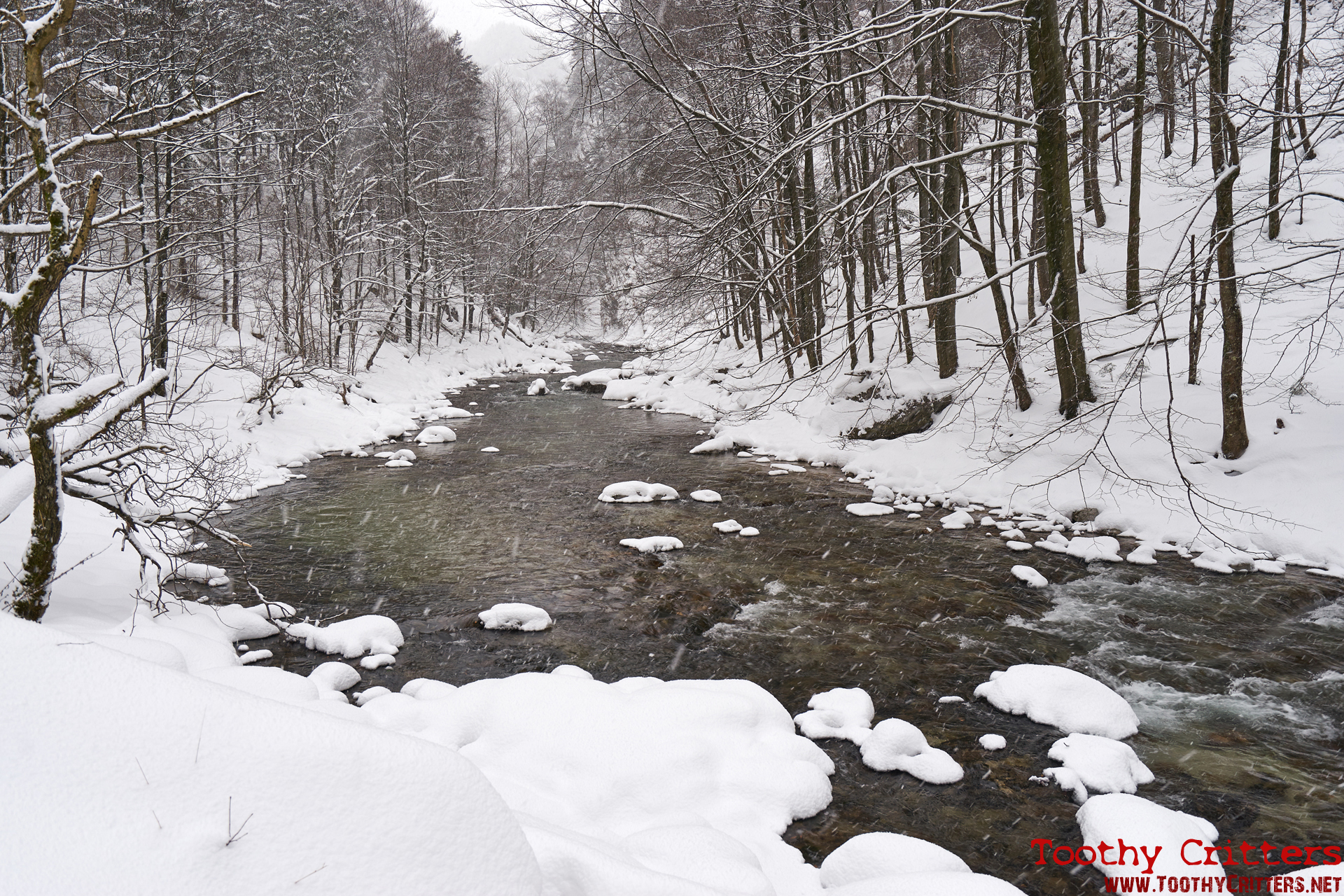 I tried to reach the waterfall further inside the gorge. I wanted to shoot some long exposure photos under this conditions but I had to tribute to the heavy snowfall and the continuous down going avalanches. The were not huge and dangerous but big enough to make a pass through the gorge impossible without tools. On some places the track was buried under more than a meter of snow. 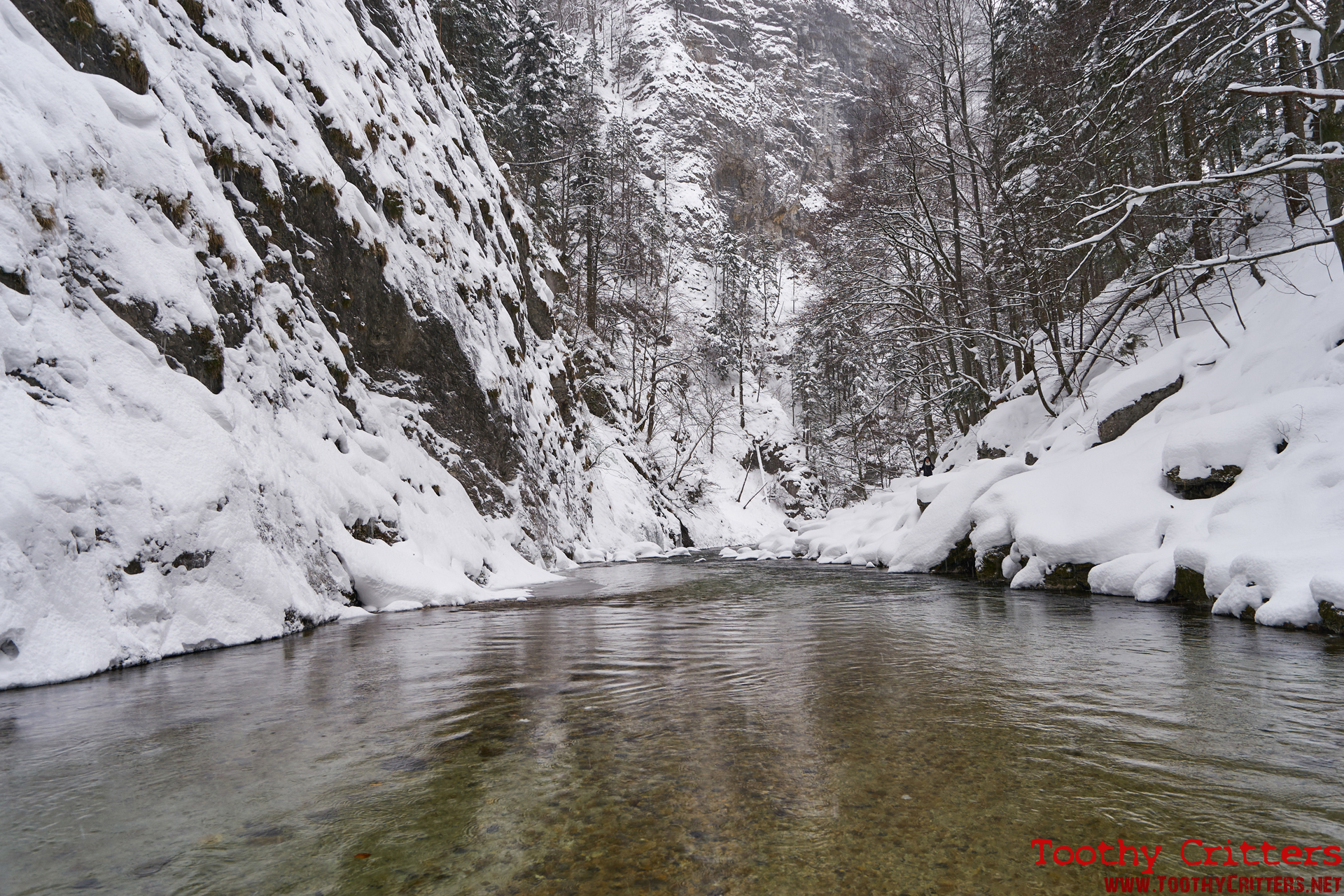 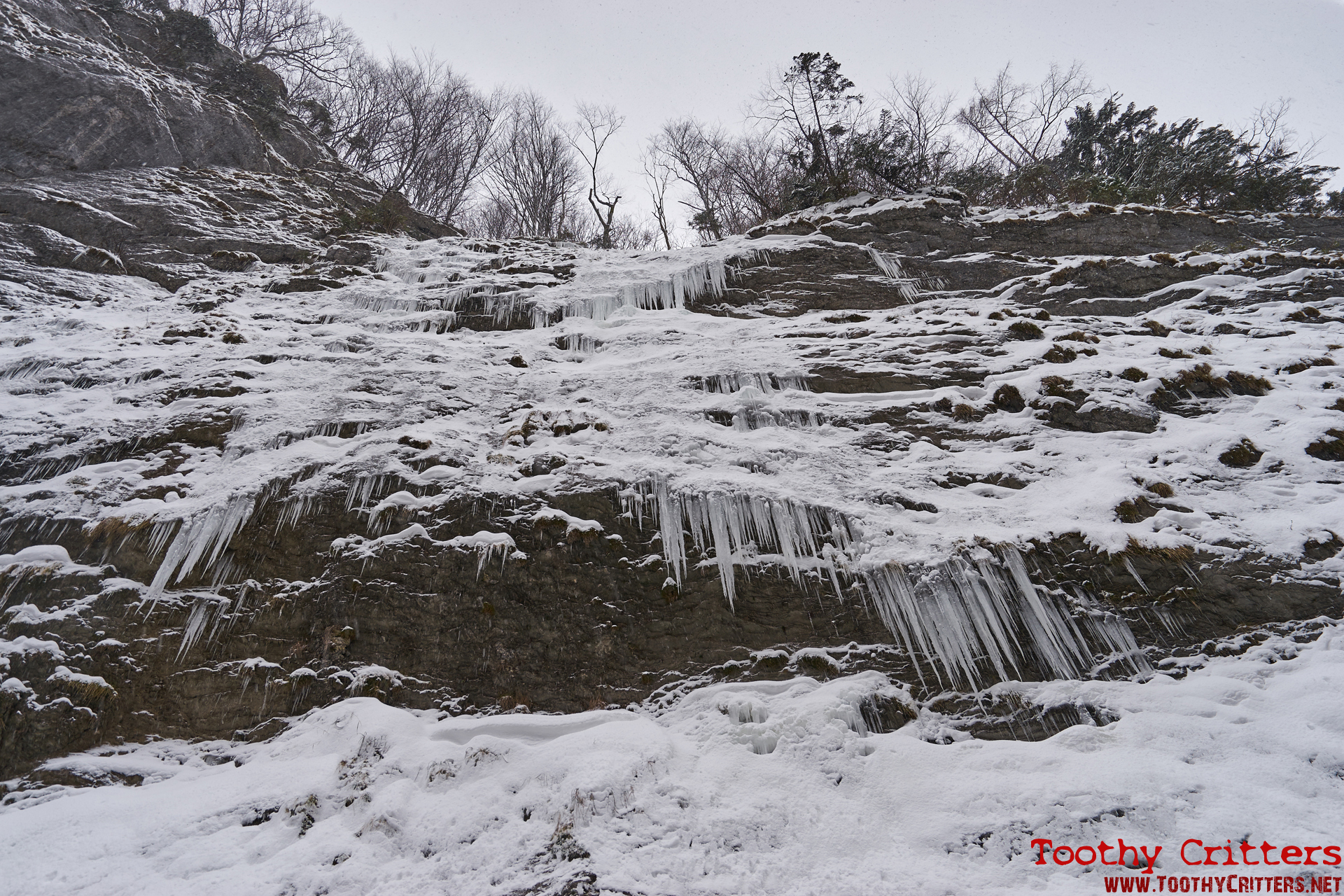 This was much more work than I thought! I was all sweaty. I gave up and returned to my warm home.
I can’t wait until spring comes there. 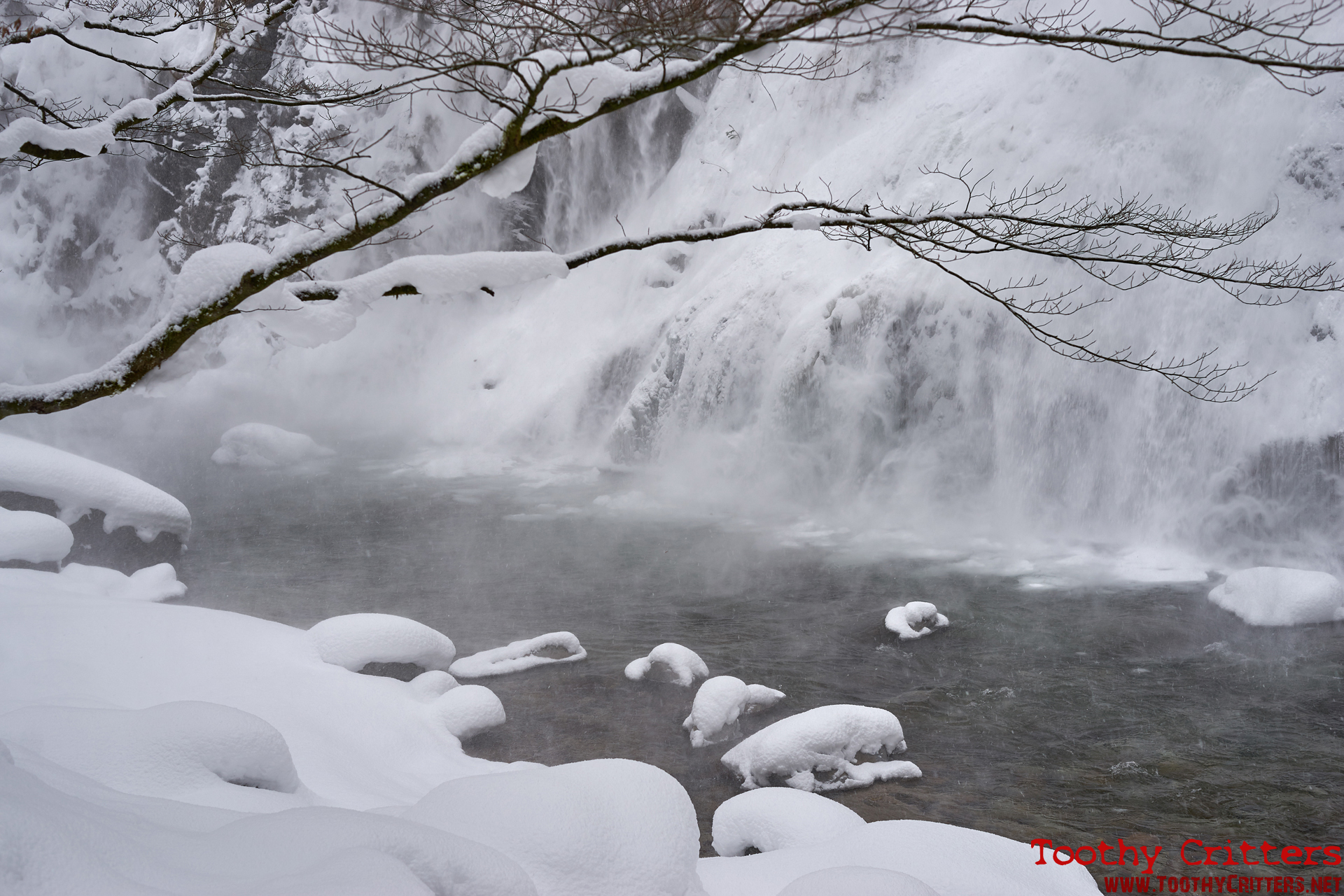 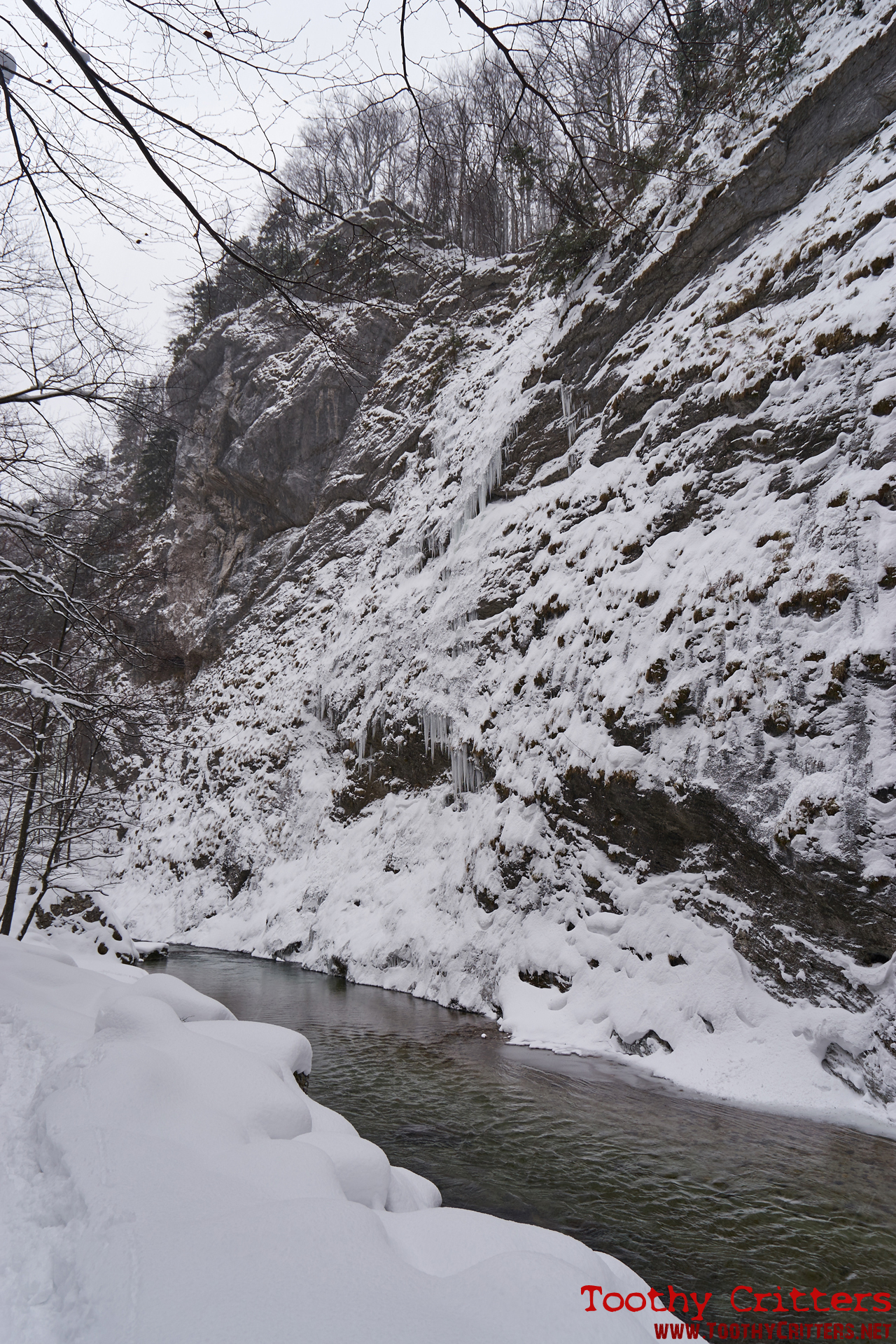