Cpt. Quint quoted “Some you lose and some you get”. But what if all got away?.

I heard about triggers already some time in the past and I have seen a lot of videos catching them but they always looked to my like a little funny aquarium fish. I was wrong and I learned that they are entirely different. It was my first day fishing for permit and I was on the flat together with Matthias, a Argentinian client, and Javier our Guide. I was invited to this fishing day by Matthias who wanted to introduce me to the famous permit fishing. We saw permit and we had also some casts at them. Nothing special except a big black shadow that appeared somewhere in our range. It was Matthias’s turn and he made a perfect cast at this dark gray thing that took his fly immediately. The first shocker was that this was a pretty outstanding big fish. The further shocker was that this fish really pulled on. An incredible strong game fish not willing to give up quickly. I have to admit that I was jealous and I wished I would have been into the fight. 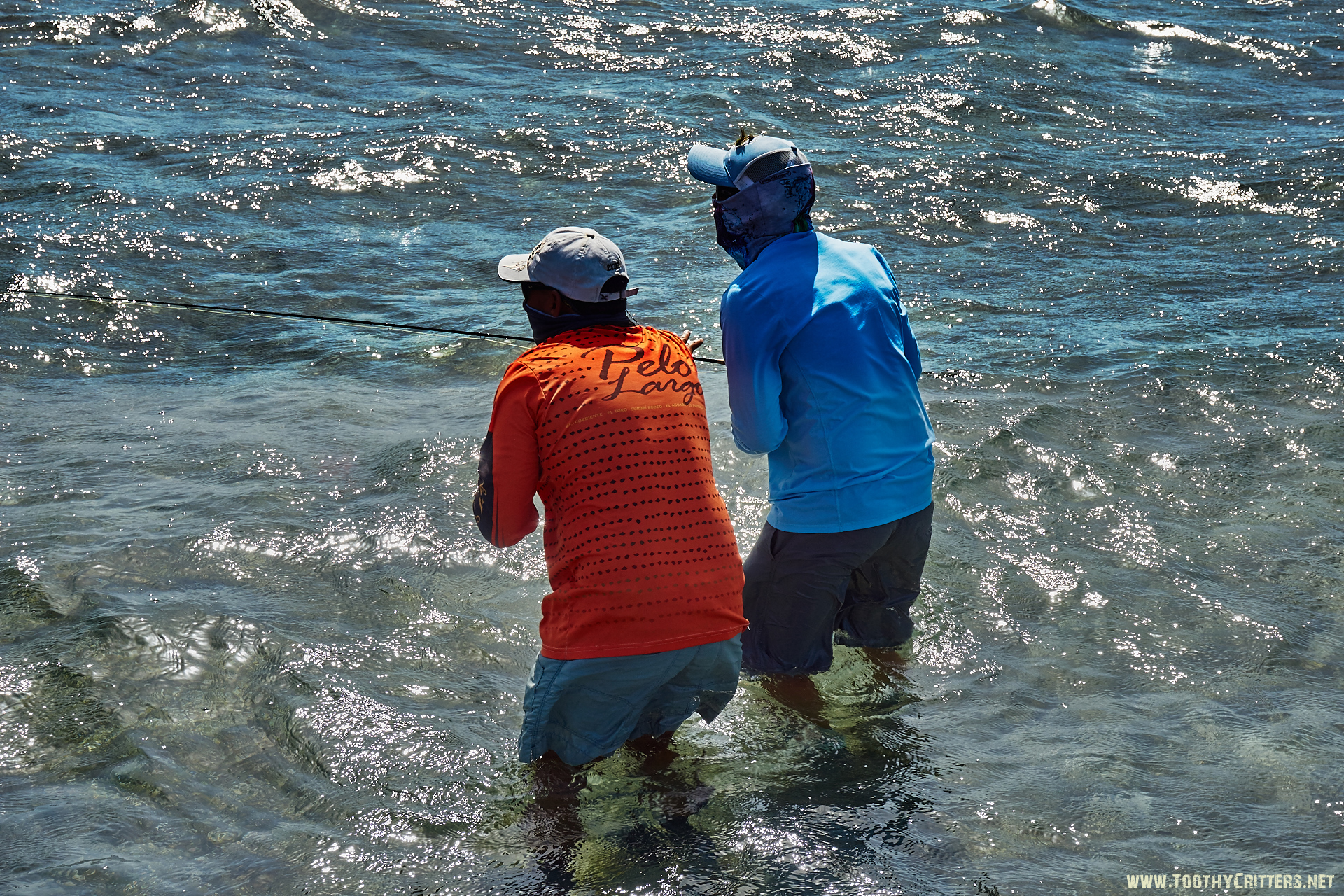 From that moment it was clear that I want to catch a triggerfish. Triggers are not the typical encounters on Los Roques. You can find them on some special flats, typically coral flats with hard bottom. They are hard to catch especially because they are ultra spooky. A little too much noise, they immediately spook. The best chance you have if you present the fly directly on the head when they are tailing. Or predict their feeding route and drop the fly some feet ahead.

My first chance. Actually we were on the way to a shark spot when we saw the big black tail on a flat. It was obvious what it was. We somehow managed to get close to the fish. I missed with my first cast the fish by for sure four feet and in addition the current of the tide dragged the fly away. But suddenly this big black shadow moved on my fly and took it without hesitation. The hell broke loose. The fish pulled on like no other fish did before. Not as fast as a bonefish but with much more torque. In addition the slack line shoot around me like spaghetti and hooked up onto a fly on my cap. I managed to free myself and started to chase the fish since he tried to reach the next available coral field. I should have known better. This a totally wrong decision. I should have tightened the drag and hope that the leader doesn’t break. In my panic I gave the fish the freedom to run away directly into the corals. He managed to swim into a big coral where it was impossible to get him out. Believe me, we tried everything to get the fish out. I so desperately wanted this fish. In the end I cut off the line and freed the fish. It’s so hard to loose a fish like this. 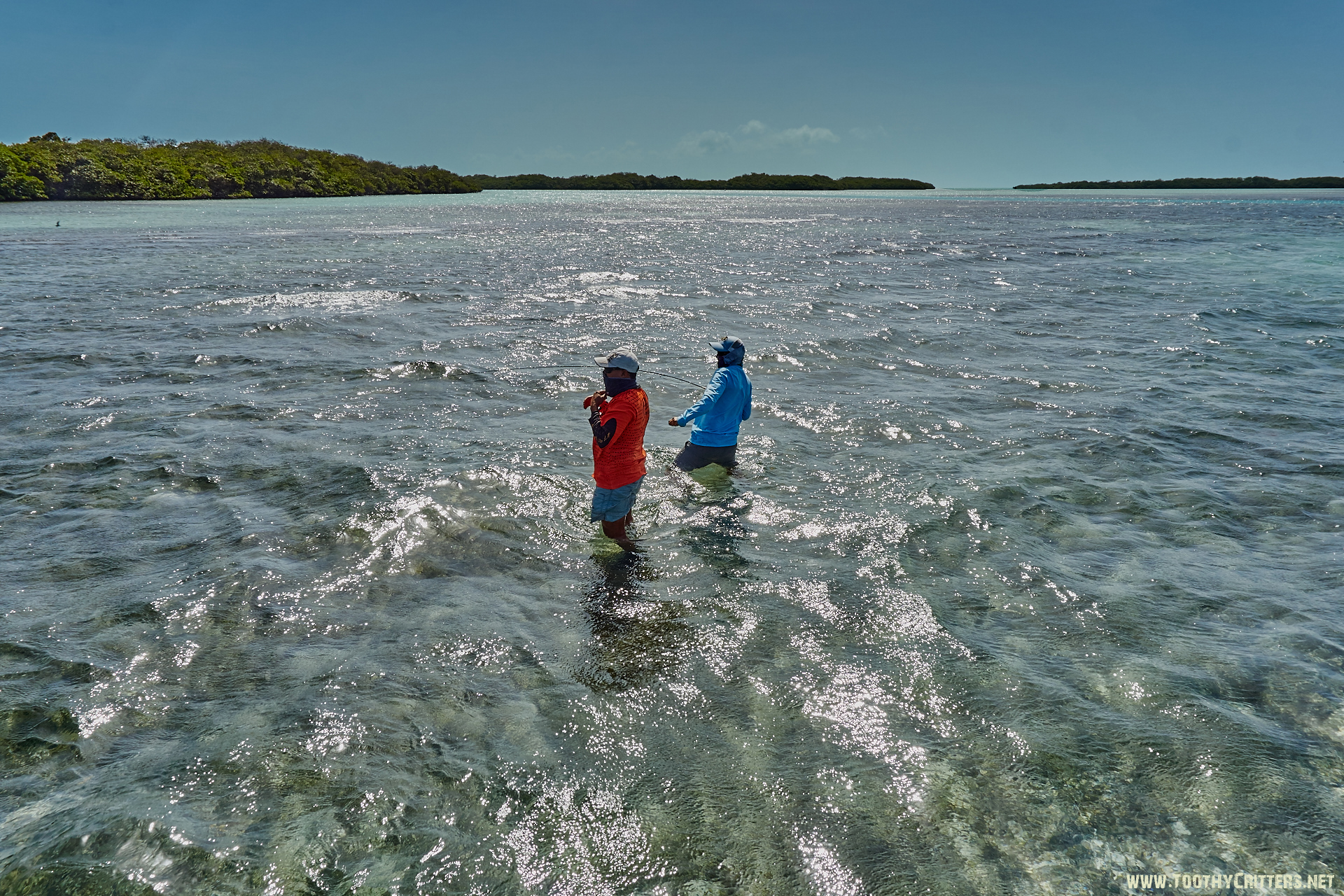 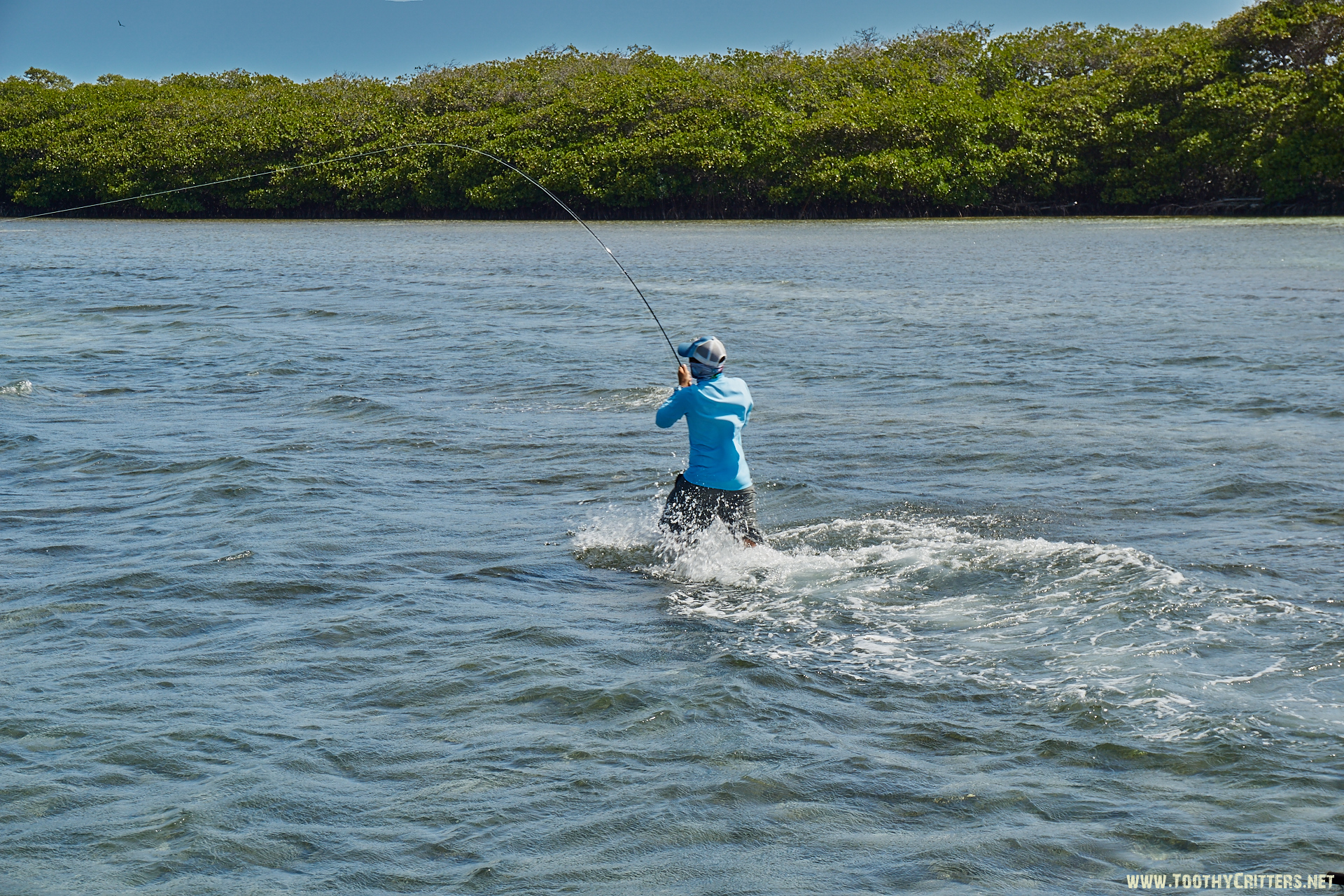 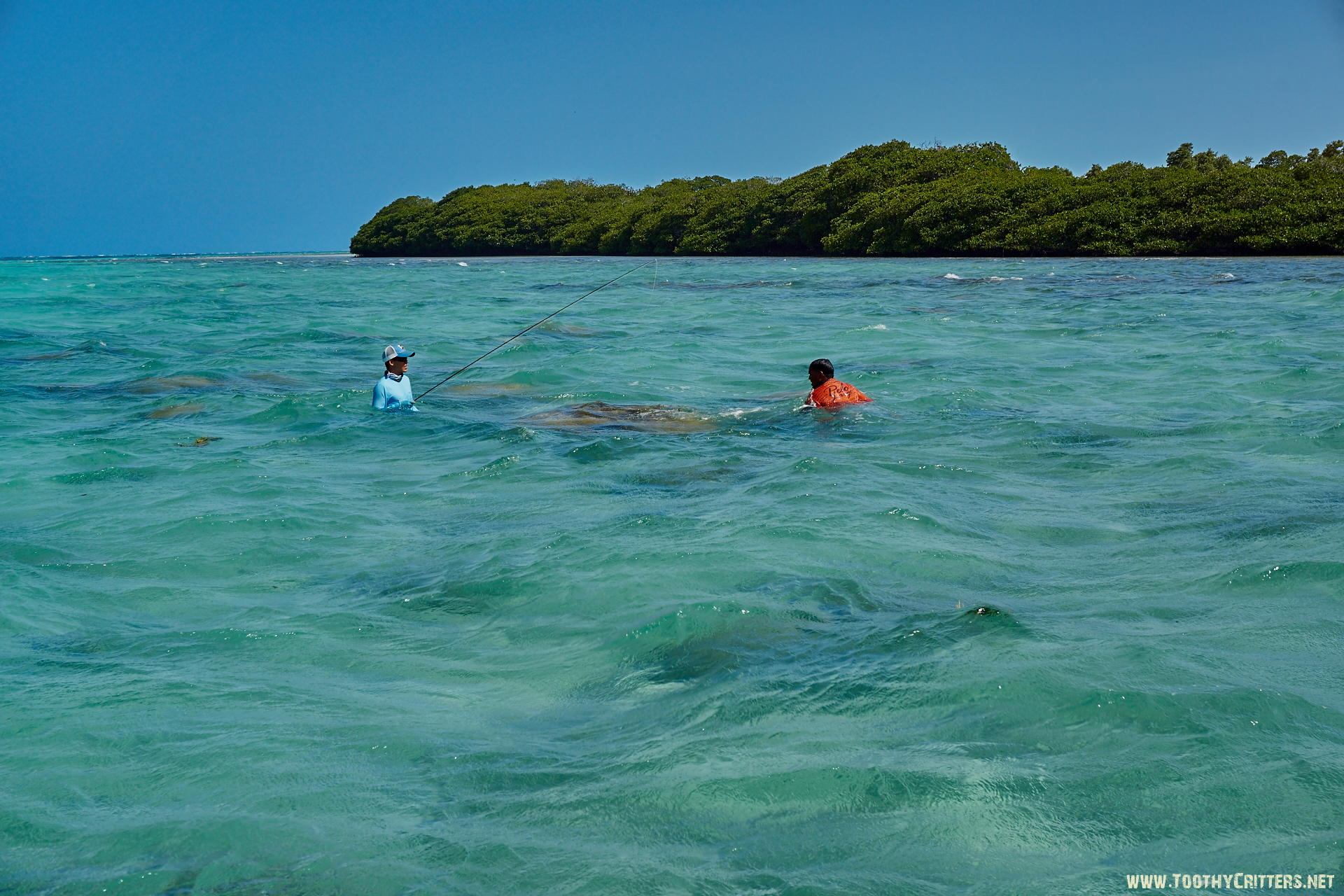 The disaster continues.Now more then ever exercised this fish fascination to me. I was infected by a virus. The next days we always looked for this typically black shadow in the flats but but haven’t seen any, until the last day. On this day we went to a place that is known for its coral flats and also for triggerfish there. Yes there were some trigger fish. All same big size. And it happened what I was hoping for. I hooked up to a fish, again somewhere in the coral field. I pulled on like I never did before. One second, two seconds, three seconds, four seconds, five s… GONE. End result was the the hook straightened. I always think about the quote from Quint in Jaws 1 “Some you lose and some you get”. And I wasn’t even ready for the continuing fishing, the next trigger fish came by. And also this one took the fly. Usually it is really hard to get them on the fly. I made a hard line strike but the hook didn’t set.

As this wouldn’t be enough I lost also a third fish on that day. The hook set but with his teeth he cut the leader. On a spot without any corals, a shallow hard bottom flat. A spot where I would have an easy fight without any danger to loose the fish. In fact this was my last chance to hook a fish. Last day, last chance. I have to keep on dreaming. 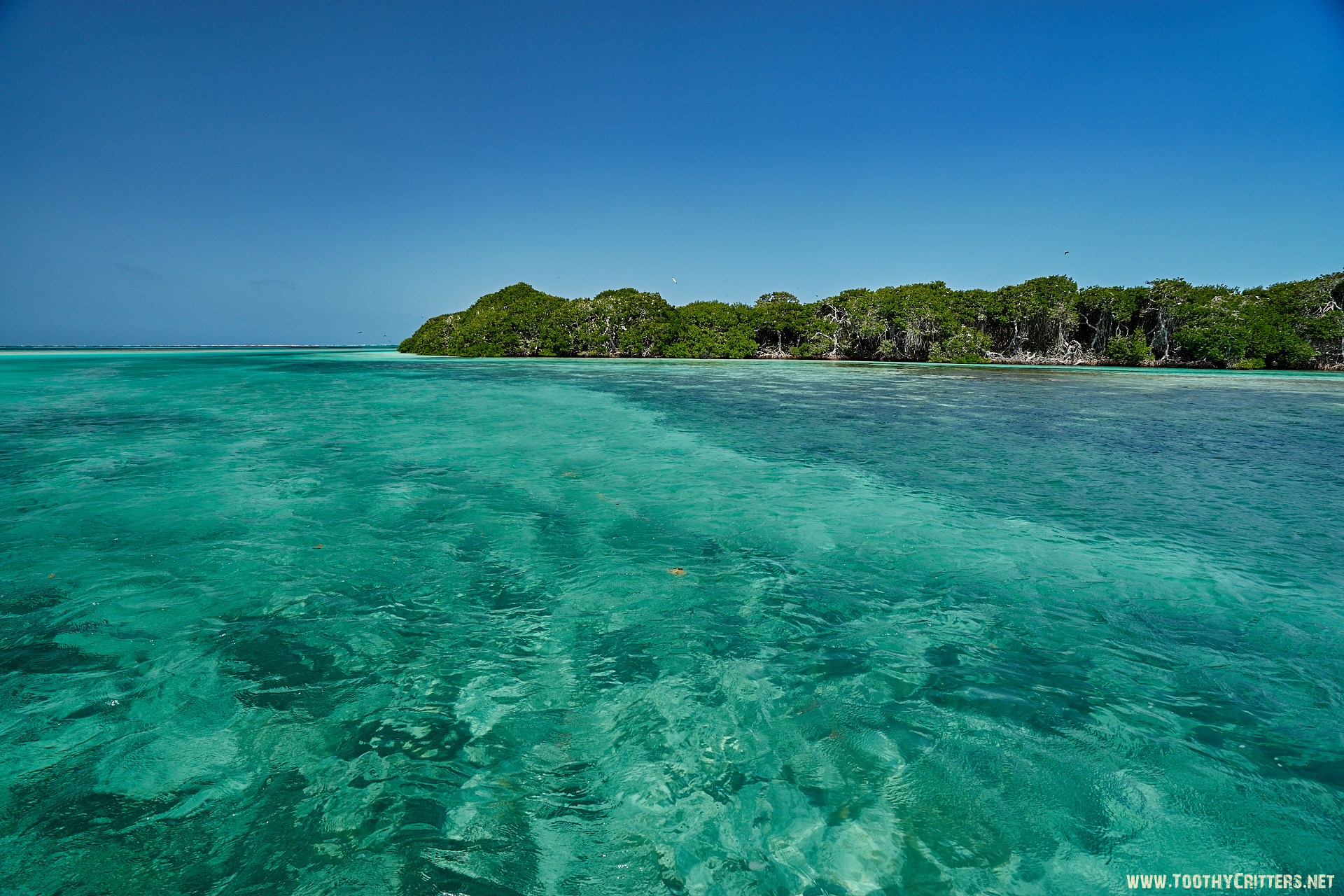 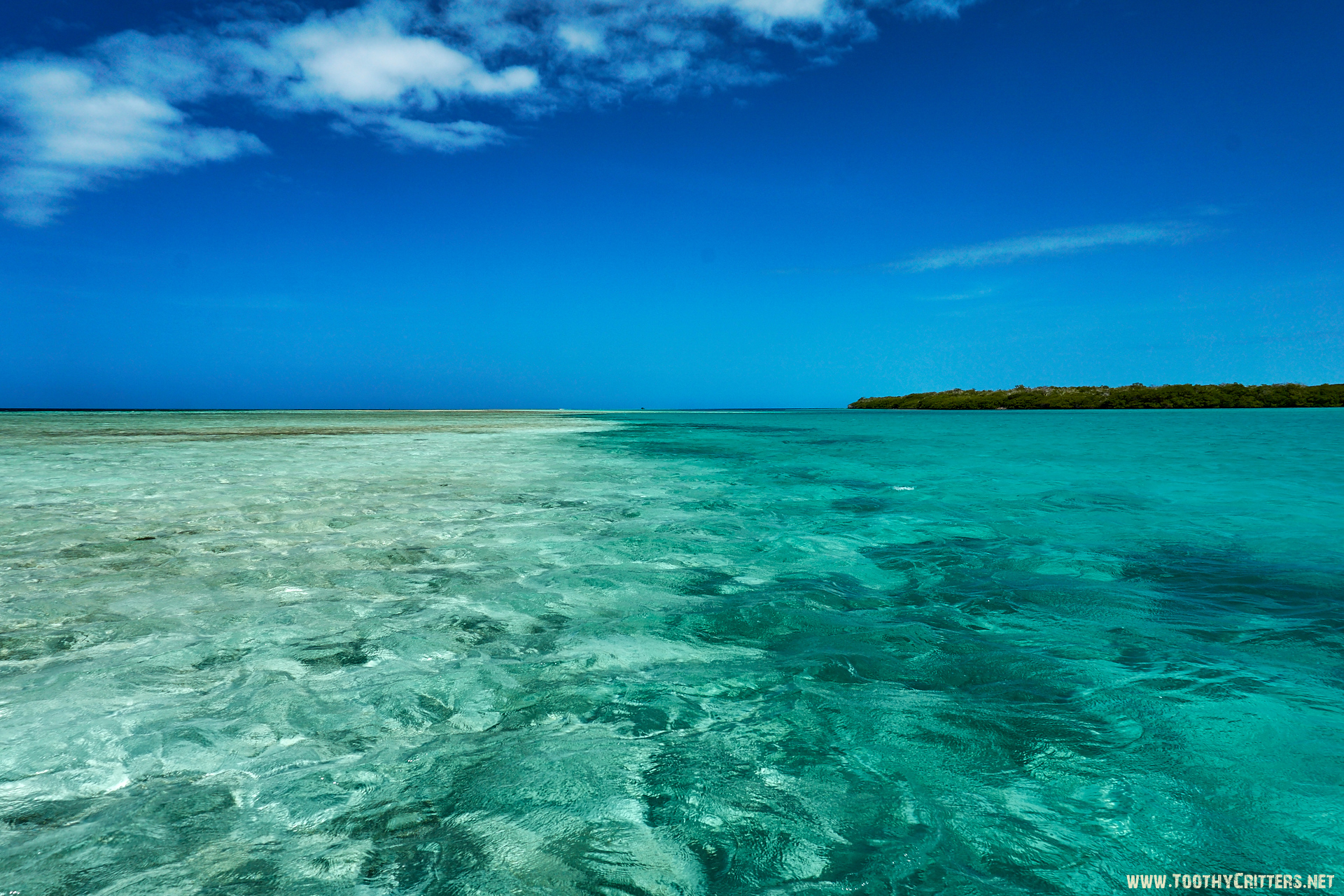