All I wanted was to catch a big tarpon. In fact the tarpons were it why I came to Los Roques. Not quite but almost 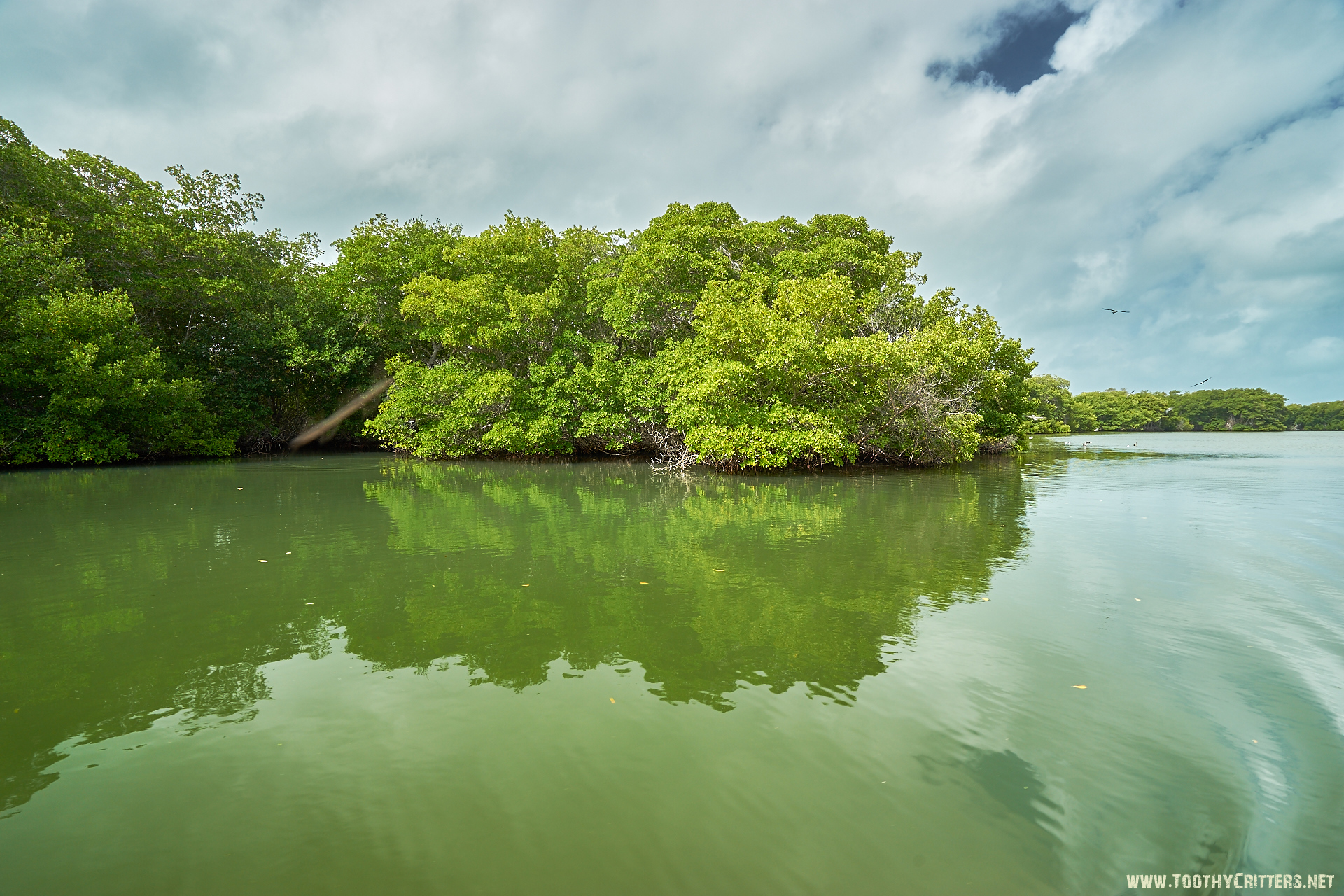 I knew that it’s going to be hard, but not even close. I made a lot of research about the prime tarpon season and somehow I didn’t receive a a clear recommendation. When I was on Cuba May to June was a very good month for tarpon and its both in the Caribbean sea so I was hoping for the best. My hopes was quickly destroyed. It wasn’t the time for tarpons at all. Autumn is a much better period when the big swarms of baitfish come into the lagoon.

Well when the big ones doesn’t want then maybe the baby poons. Again on Cuba I learnt when people talk about baby poons those babies can be already quite large. Never give up. A good guide is also trying in a poor situation, to make the unexpected happen. Let’s say we at least tried it. Our first attempt led us into a muddy mangrove lagoon that look promising. It smelled literally after tarpons. But what happened next I would have not expected in my wildest dreams. Felipe drove the boat into a small gap in the mangroves, just wide enough that the boat fitted into. I was really confused. Even if fish were here, how should I be able to cast at them?. And then? We jumped into the water and walked over to a small glade big enough to make super small false casts and maybe 10 meters in front of me. 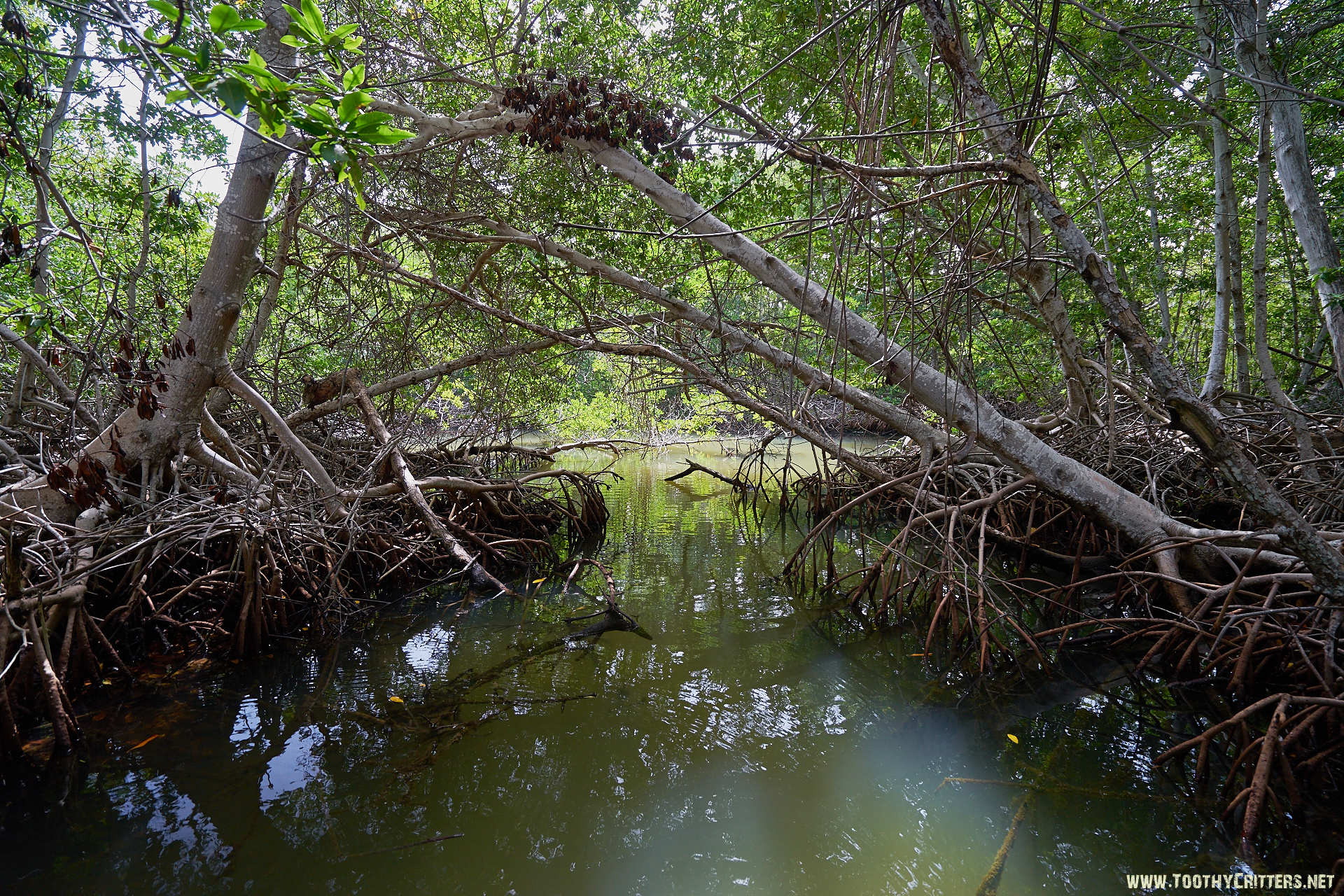 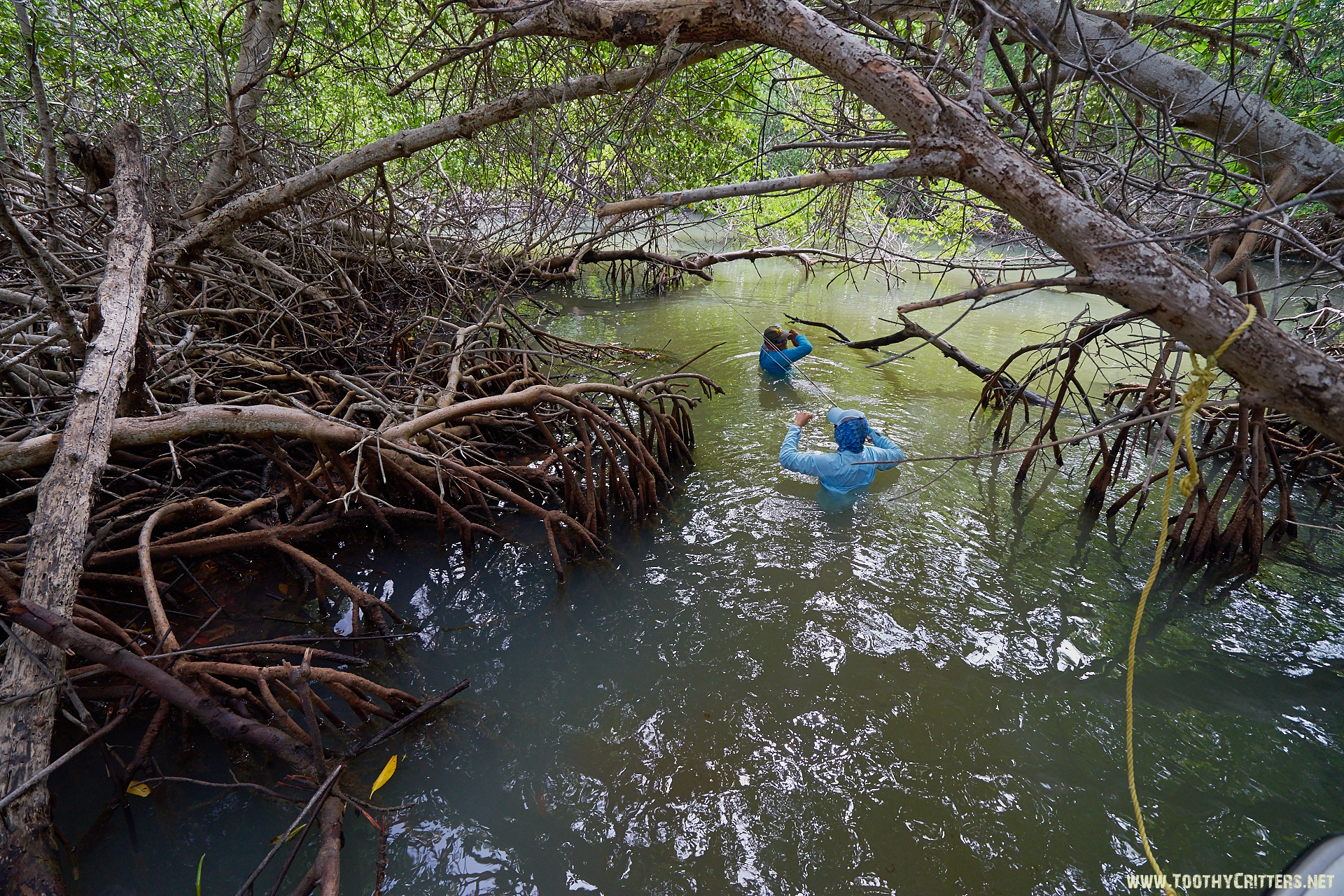 I’m not scared of something new and deep water wading is not new to me but how knows what’s else in the water? Felipe shrugged his shoulders like all this doesn’t matter. Indeed all my worries past when I saw a school of tarpon rolling just a few meters in front of me. Ten maybe fifteen tarpon from a few pounds to something much bigger. That looked like too easy to be true. Yes………….. But nothing happened…… for a long time. We tried a lot of flies but nothing worked at first. After a good hour or even more, I started to freeze. Up to my neck in tropical water and now freezing. What a joke. No really even if the water is 27 degrees its a 10 degrees below normal body temperature. And with just a few arm movements I haven’t done anything. So it weren’t super funny. Last but not least a small micro poon took pity on me and bit on a black death fly. A small poon is better than nothing. 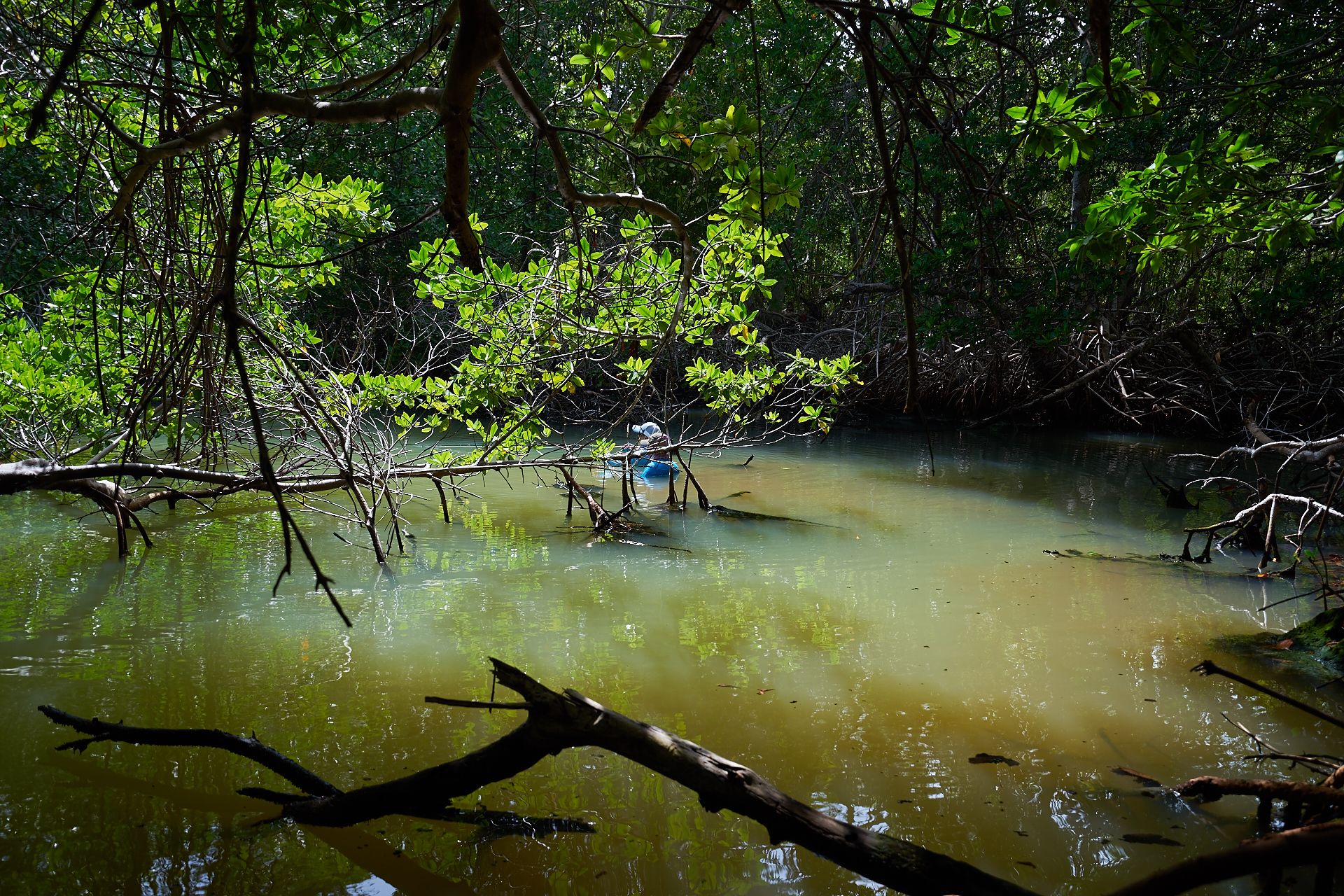 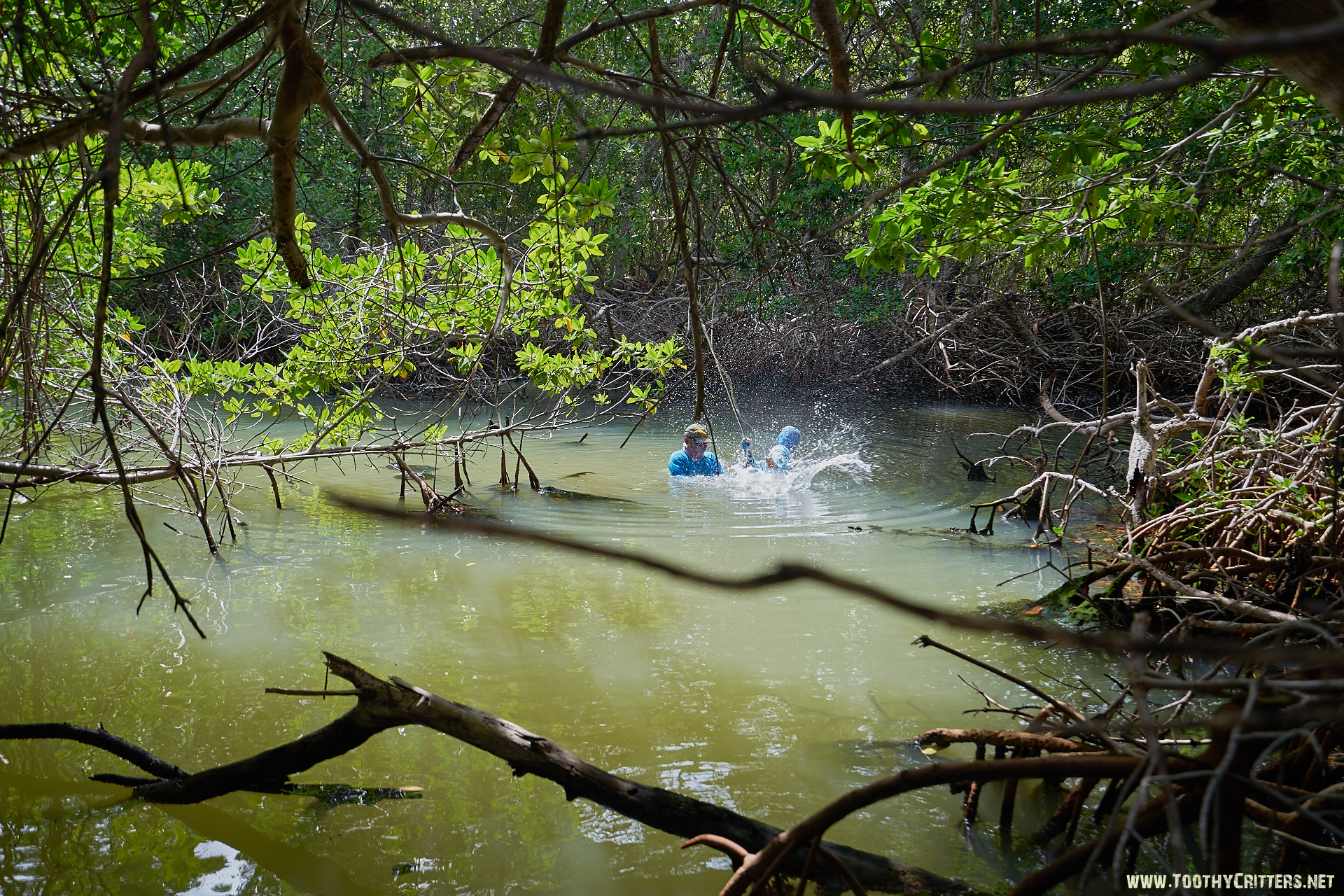 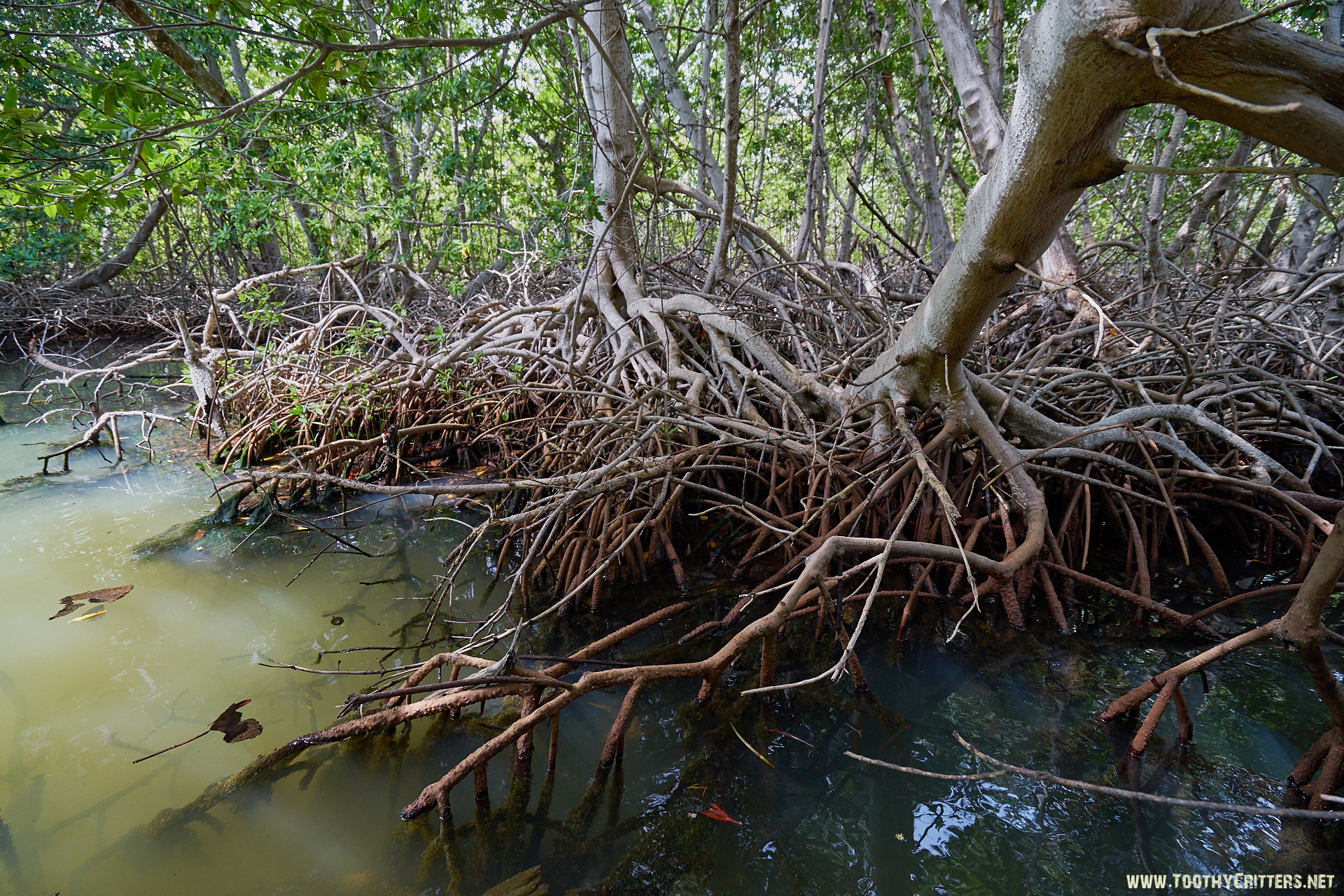 A few days later we tried once more fishing for tarpon, again in the same lagoon but this time at the entrance of the lagoon where we have seen some tarpons rolling. Again a mixed sized tarpon school. And again we fished through my entire fly box with the hope that somehow the magic of catching tarpon is with the correct fly. Black, Purple, Yellow, Orange, Olive and even the inglorious gummy minnows didn’t work. Two hours and nothing happened. On my last cast I got a bite. When tarpon bites it is always like hooking a train. The joy of that fish didn’t last long. I had him already on leader length when he made one more flight and with a jump he waved good bye. What a shitty little bastard. This was not even a super small tarpon. 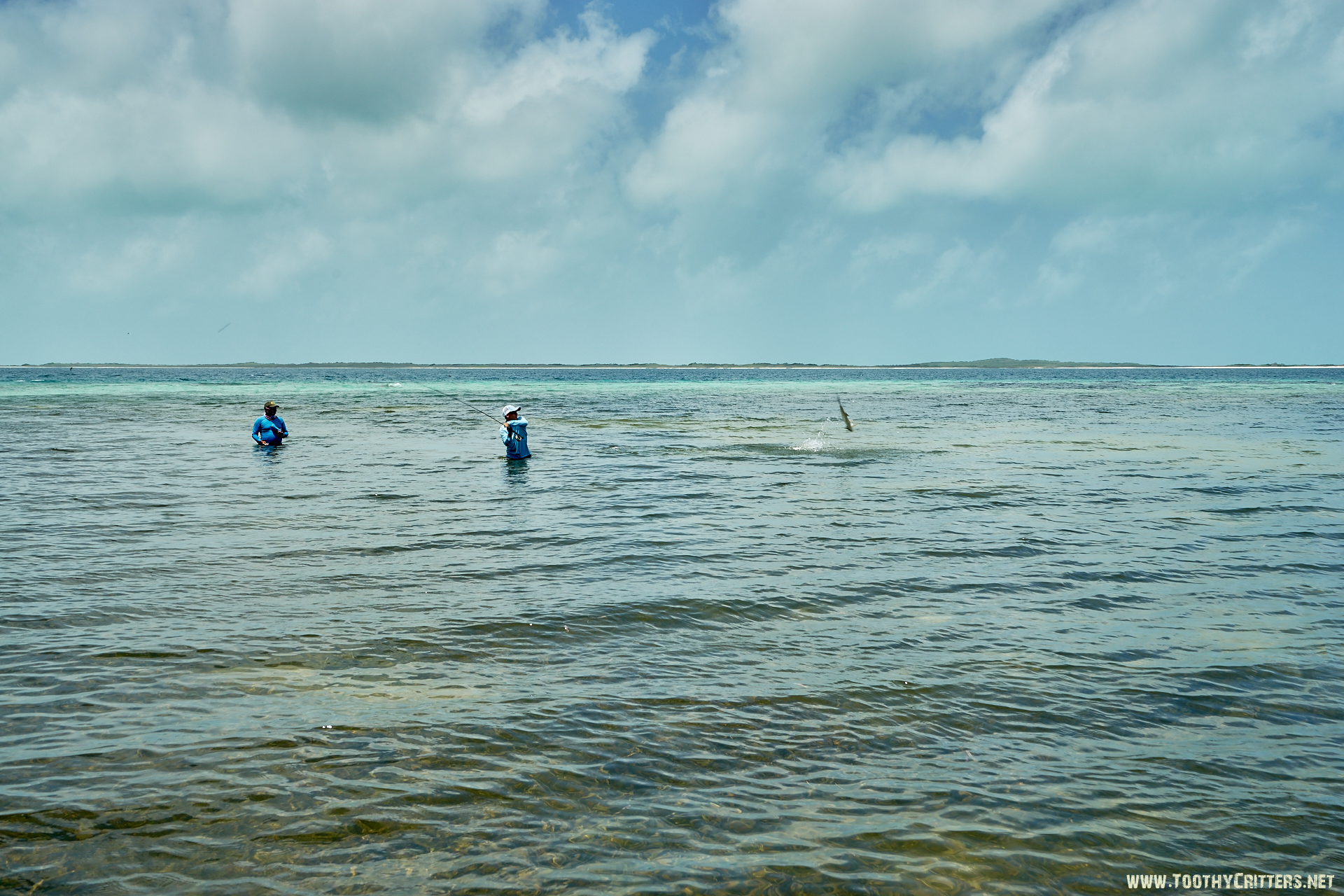 I’m sorry but in the end this was it with tarpon fishing. I can report anything else in regard to the tarpons although we tried several times more. It was entirely not the correct time. And believe me we looked behind every bush, fished in every lagoon and tried every trick available. These bloody tarpons weren’t on my side. 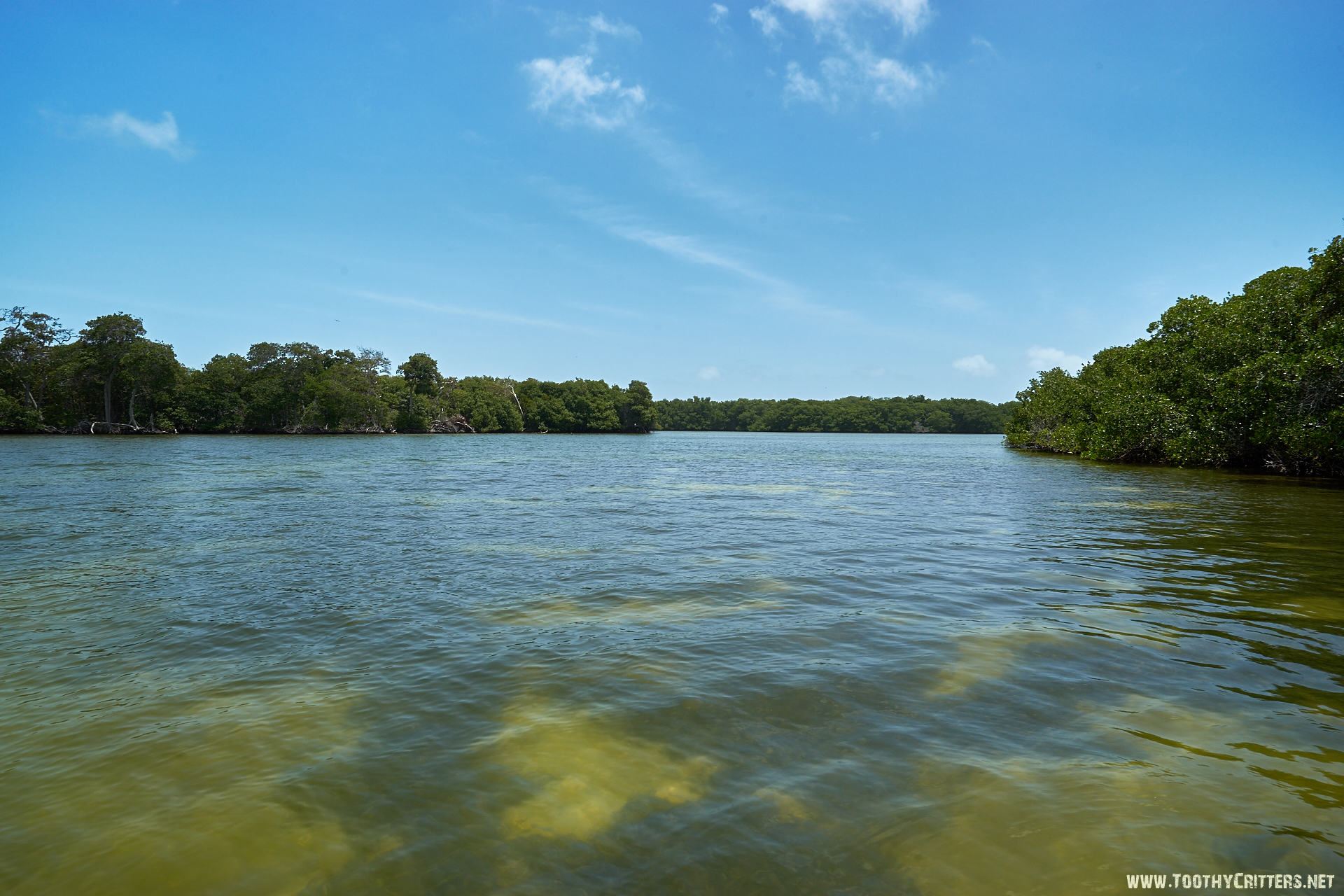 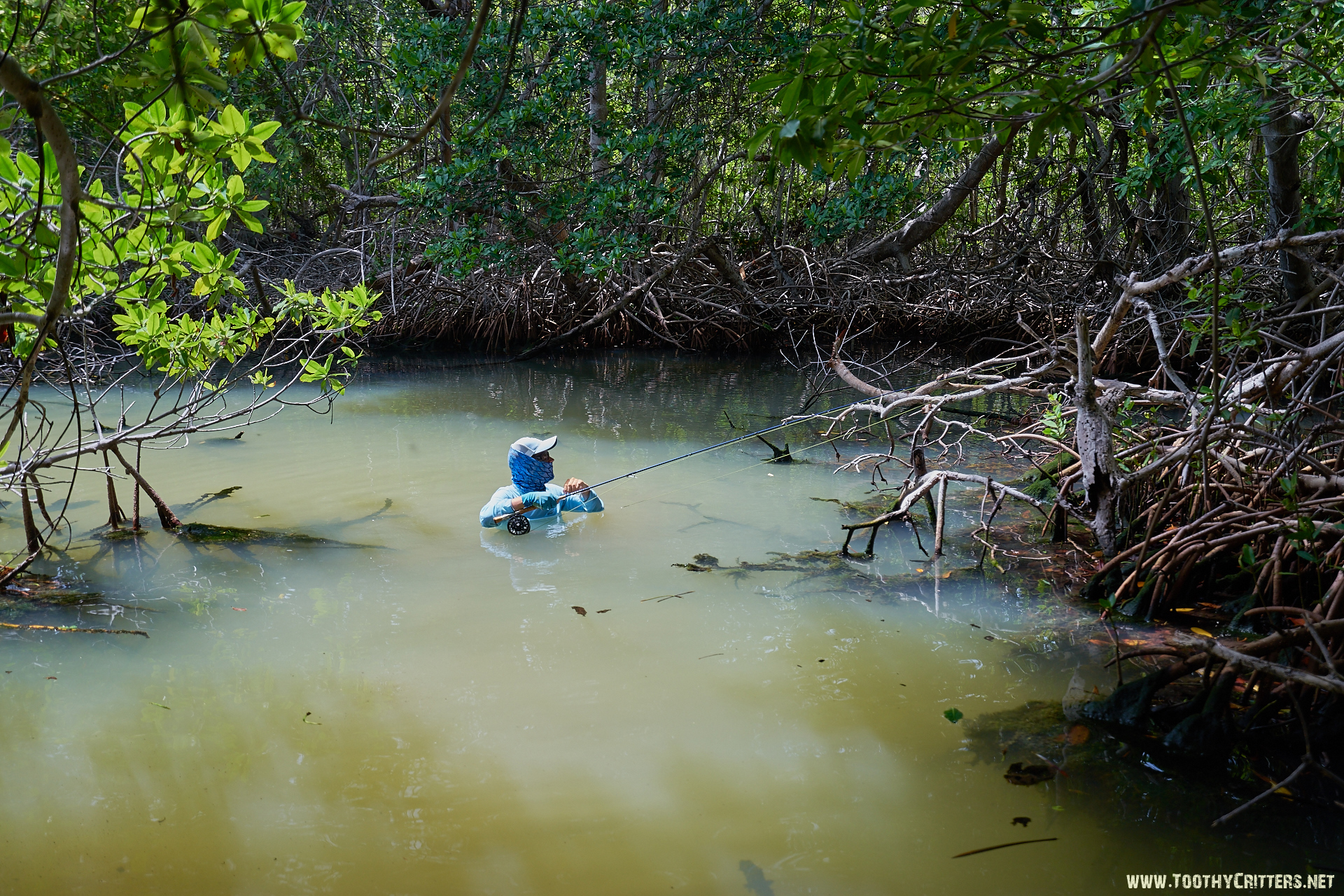 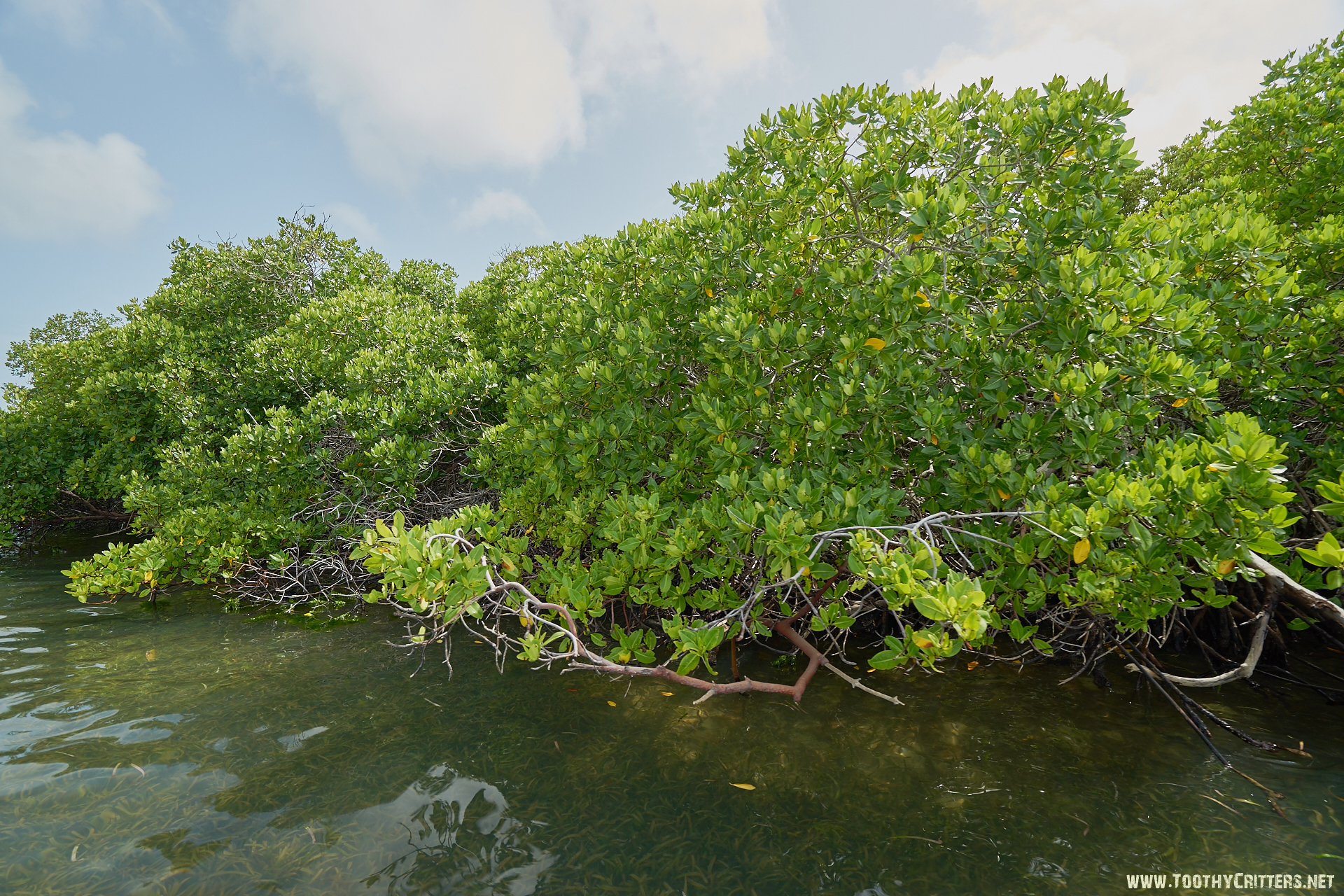 Next Chapter: Do’s and Don’ts