Bonefish I guess it is one of the few fish out there that make you addicted with just one fish caught. That fish is everything else than boring. If you are reading this, so I suspect you are a fisherman, and you haven’t caught one already you should threw away all your unnecessary tackle an go bonefish fishing. This is the experience every fly fisherman has to experience. 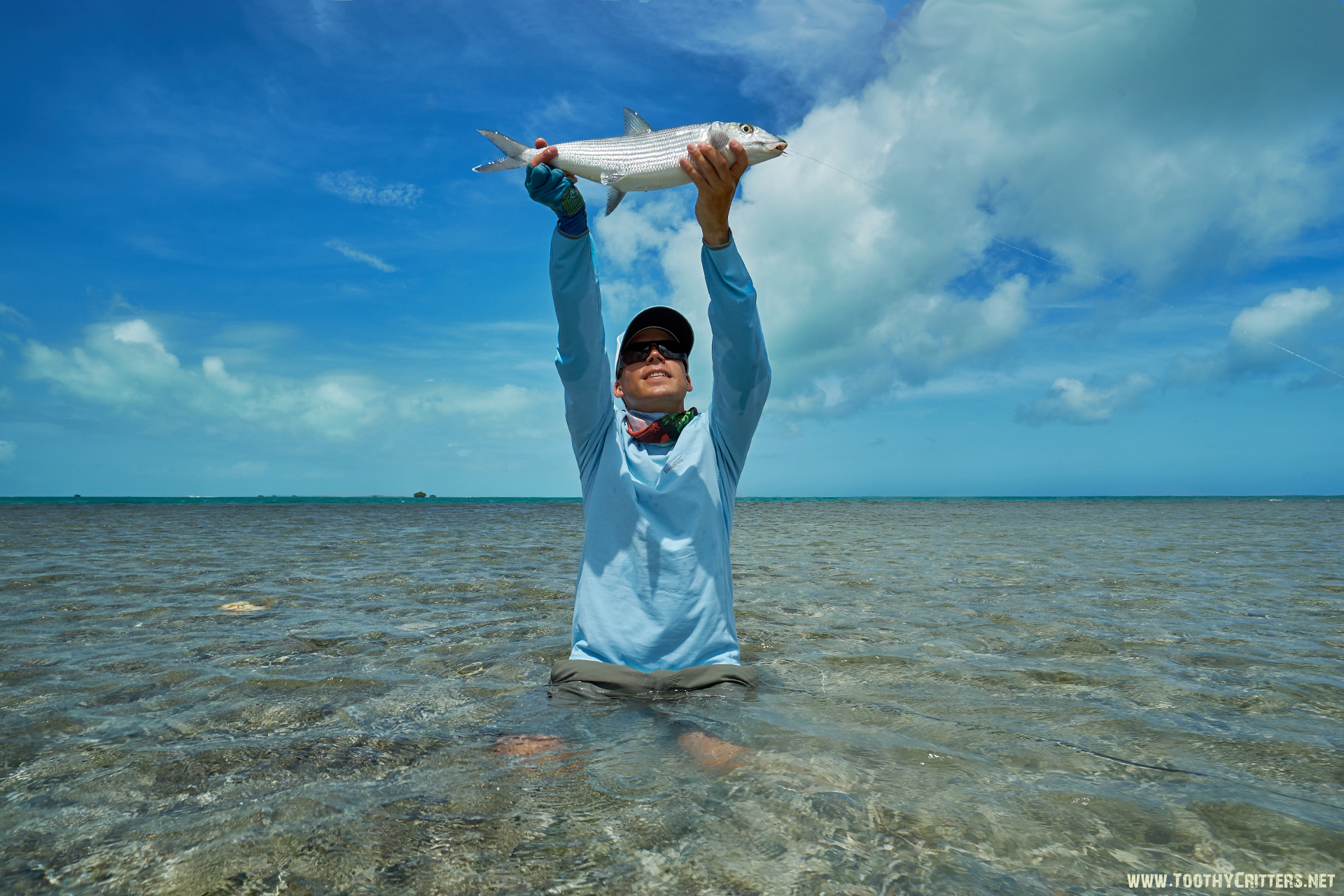 Bonefish on the fly rod is the pure essence of fly fishing in a picturesque environment. I’m a little bit missing the words to describe it because it is a remarkable interesting fishery. Believe me, I go fishing a lot and I really know what I’m doing out there but fly fishing for bonefish is different, in many aspects. I really love it because it is using its magic from many sources. It is the a kind of fishery where you have to be precise and delicate to outfox a very strong fish. Rod, Reel, Line and Tippet is all designed for maximum delicacy, like also the dry fly fishing for a rising trout. You need to be concentrated, all day long. There are no hot spots. You can encounter a bonefish everywhere on the flat. Can you see them, the silver ghosts? If you are good, maybe. If you can you anyway don’t need to read further, you know already what I mean. When I’m on the flat fishing for bonefish there is nothing else than me and the flat. There is no place for day dreaming. And last but not least I really like the flies. Many of them imitate something that is really on the menu for them. This is really refreshing for my because I’m usually cast exotic glittery flies that have nothing in common with the natural food.

This is also the reason why I never would be happy going to Los Roques else than in the summer months where the water levels are low. You don’t have a excellent bonefish fishery as per my definition. I would missing something casting a gummy minnows for them, although very successful method. There’s more of the journey is the reward. Although I also tested some of my small minnow patterns in the classical streamer style and that worked too so If you like a more rewarding fishing also in the winter months you will find it too. 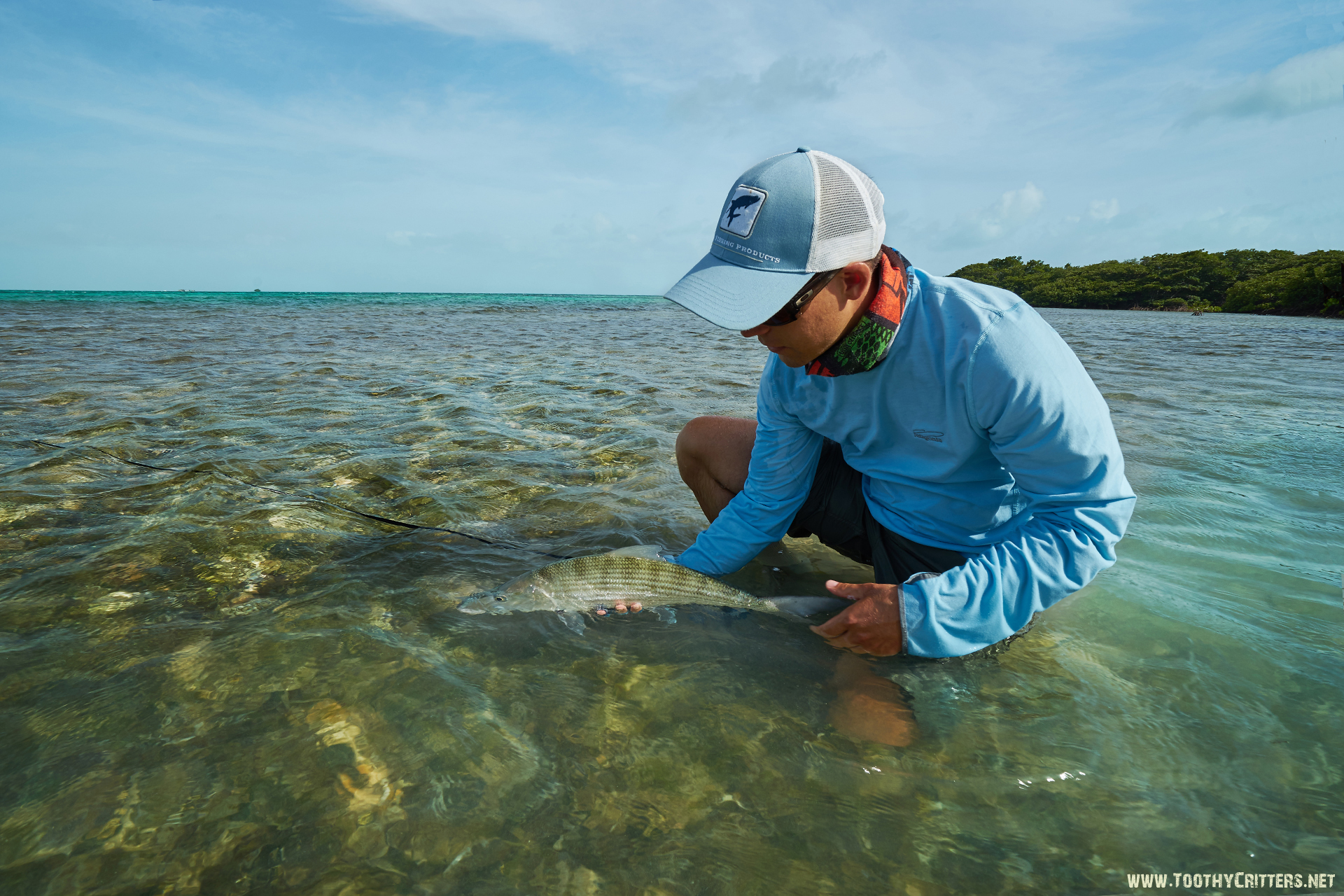 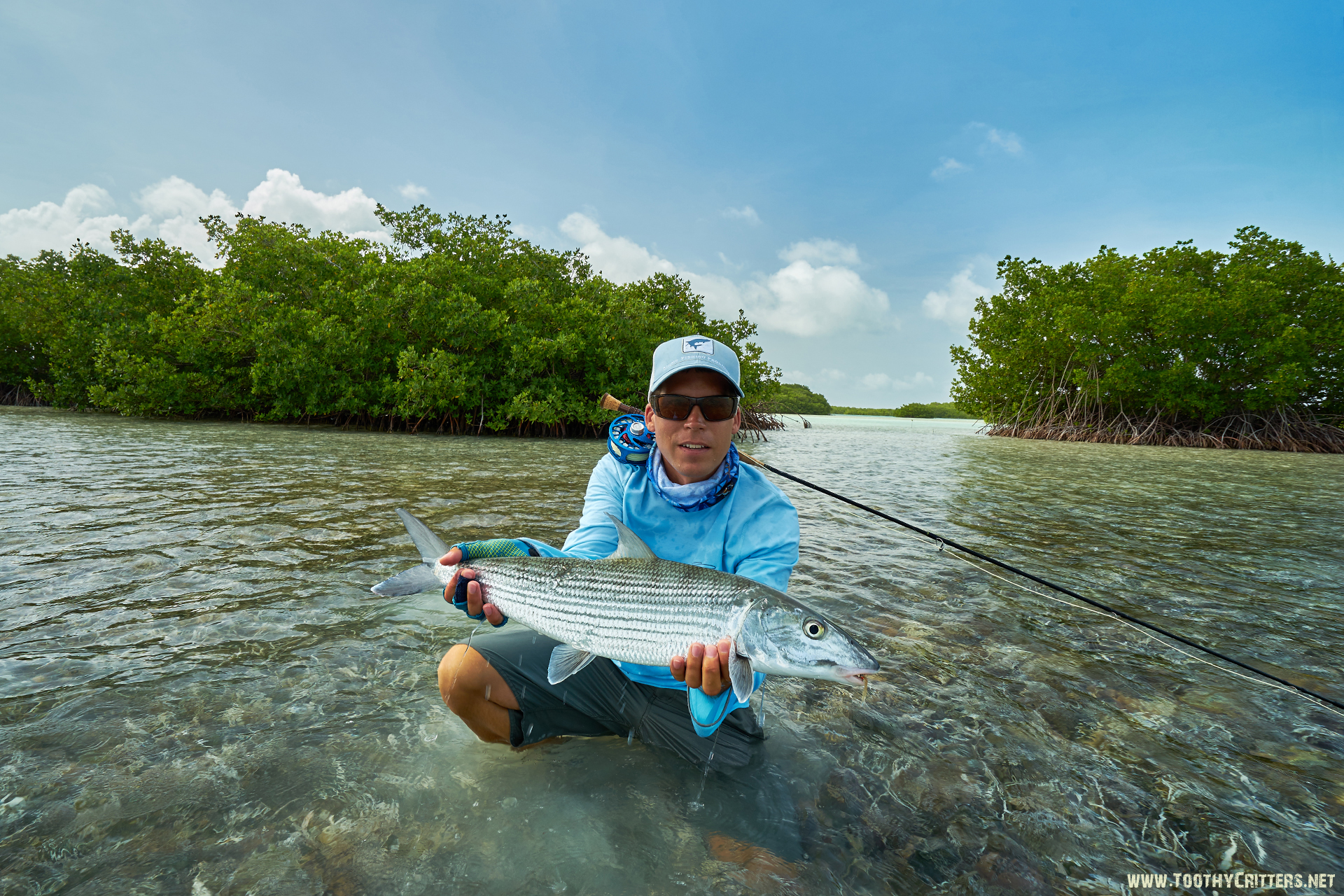 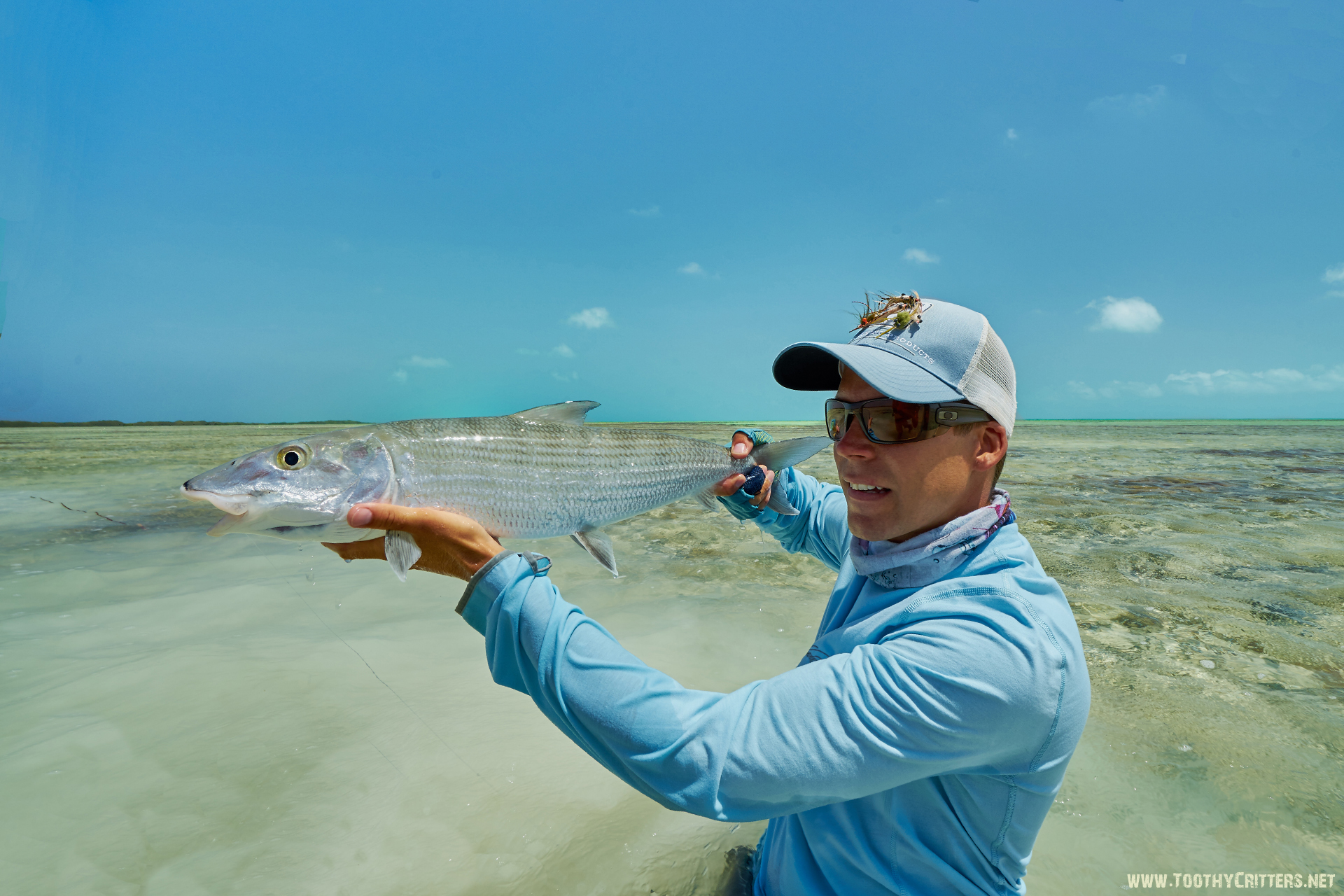 The minnows are also the reason why there are so many bones in good sizes. They have enough to feed on and to grow up fast and strong. The funny thing is that there are sometimes too many bones. It complicates some situations especially on some pancake flats. Especially in the afternoon hundreds of bones shoal on the flats. Schools of fish from the front, from the sides and for often also from the rear. In the ankle deep water you are just a few seconds away from spooking the entire flat. You sometimes don’t recognize all the other fish out of your sight but you will hear it when a school of hundred fish spook “splash”.. and a second later the next school “splash”.. “splash”.. Then you are alone on a big flat. 10 minutes later the fish are back, just to spook another time. 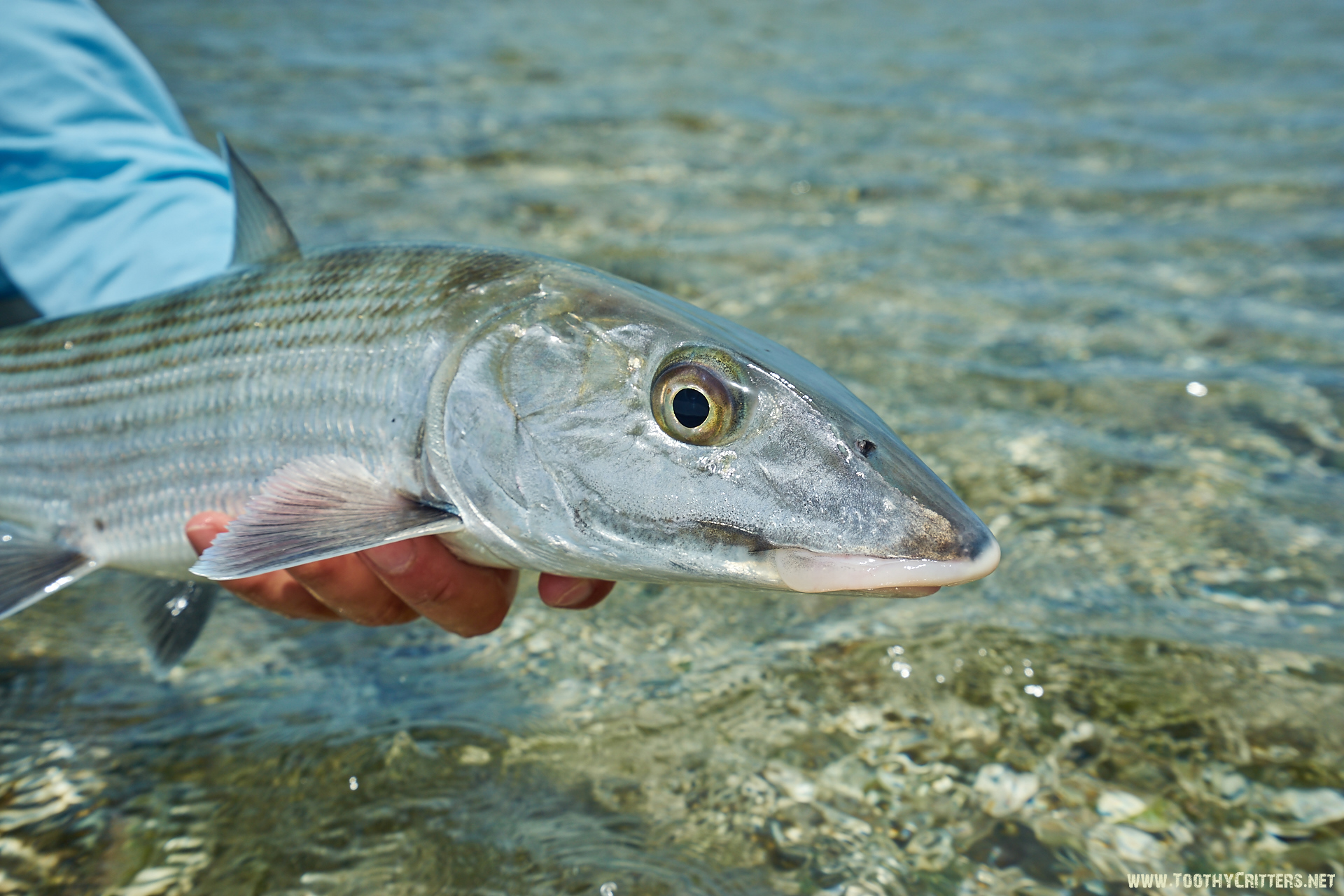 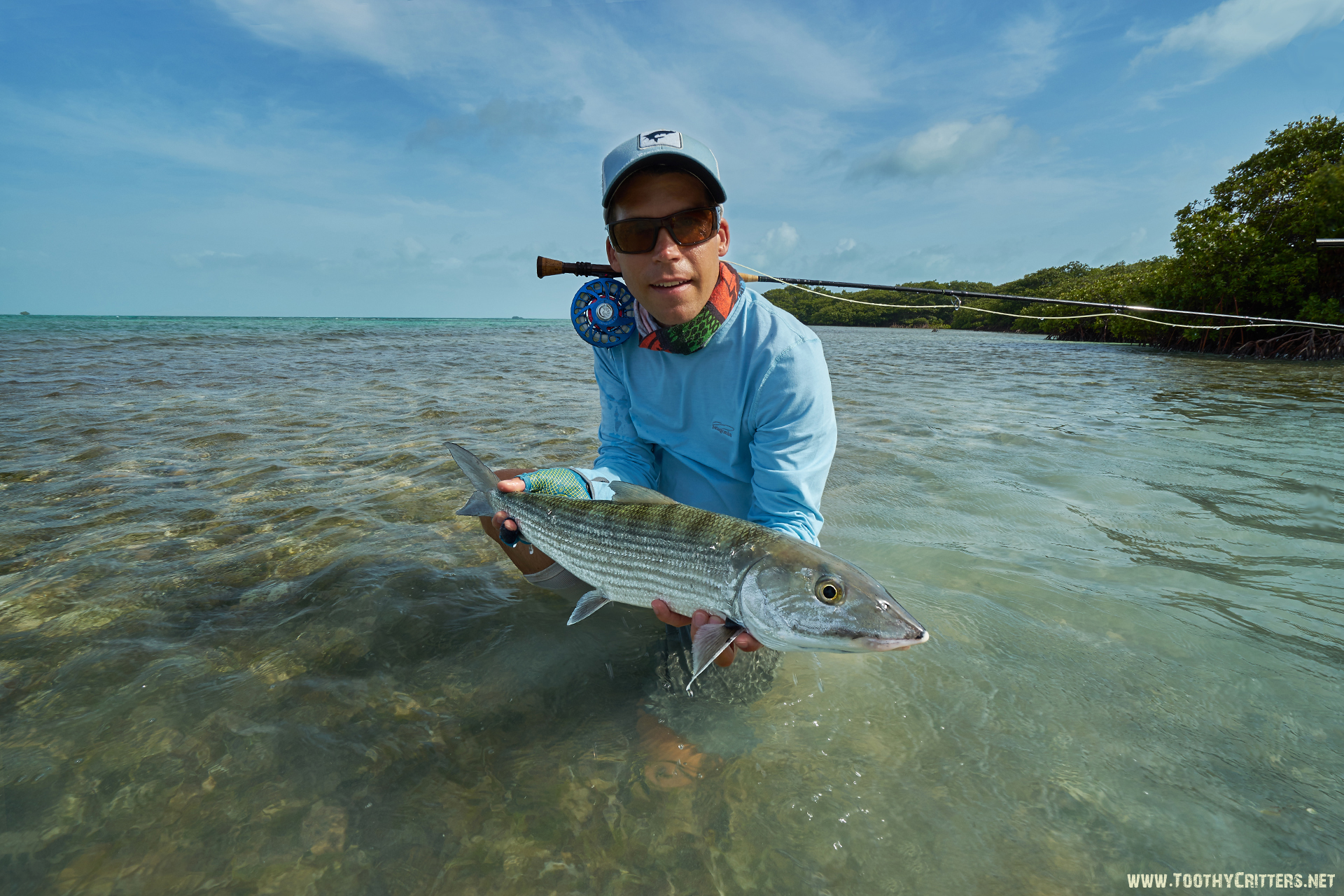 Carry always a streamer rod with you There is one thing I found out very quickly. Always have your streamer rod with you when fish for bone fish on Los Roques. You encounter a lot of predators too on the same flats where the bones are. Barracudas and especially sharks are very common and they sometimes try to get your bonefish you are fighting. Pretty impressive if a 5-6 feet long shark attacks a bonefish that is around your feet. No, running over the water is not possible then. We tried!!! This is maybe an extreme example but more realistic are smaller sharks up to 4 feet or small to medium size barracudas that either wait for careless fish or get attracted by the sound of a fighting bonefish. More about the funny sharks a little bit later. 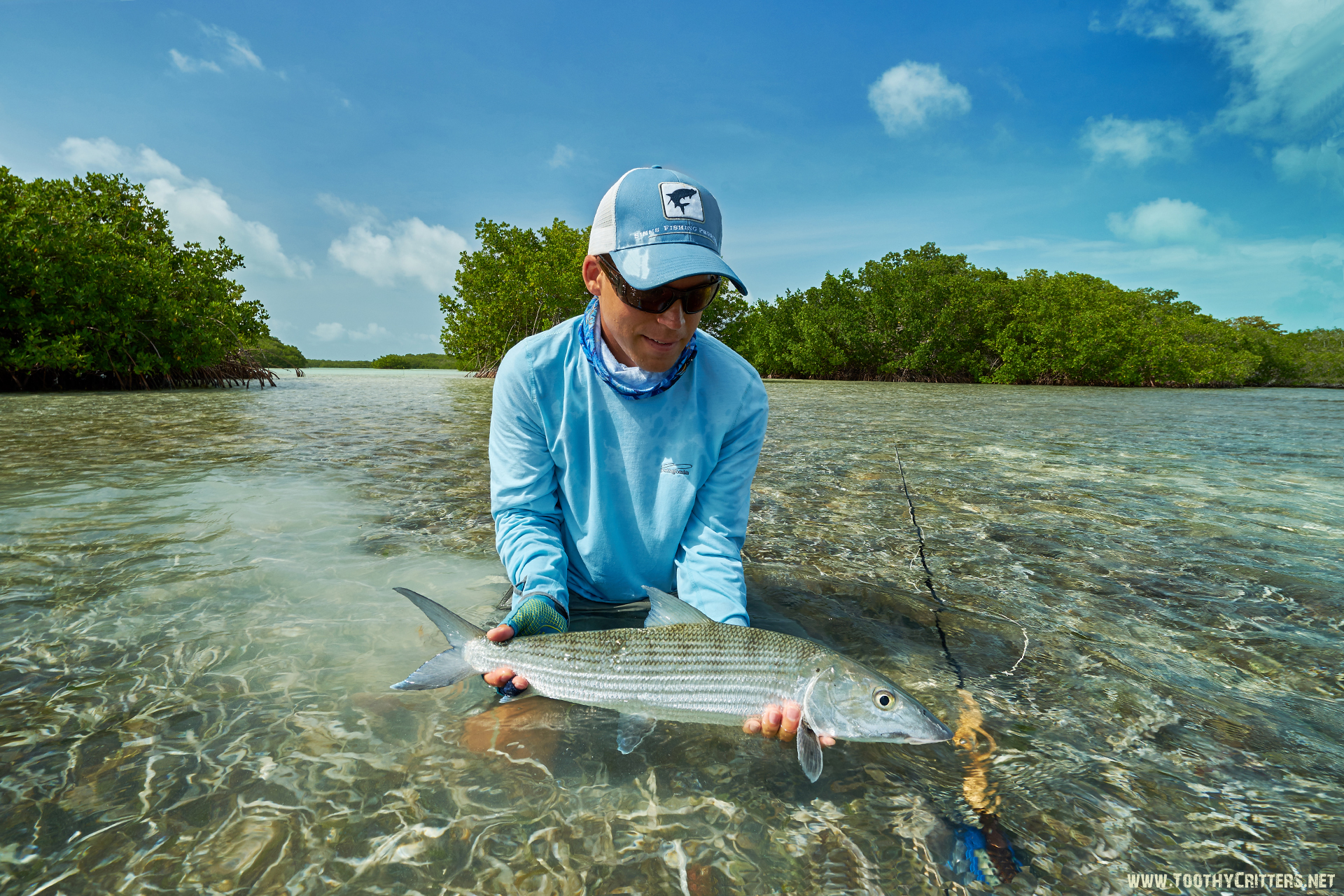 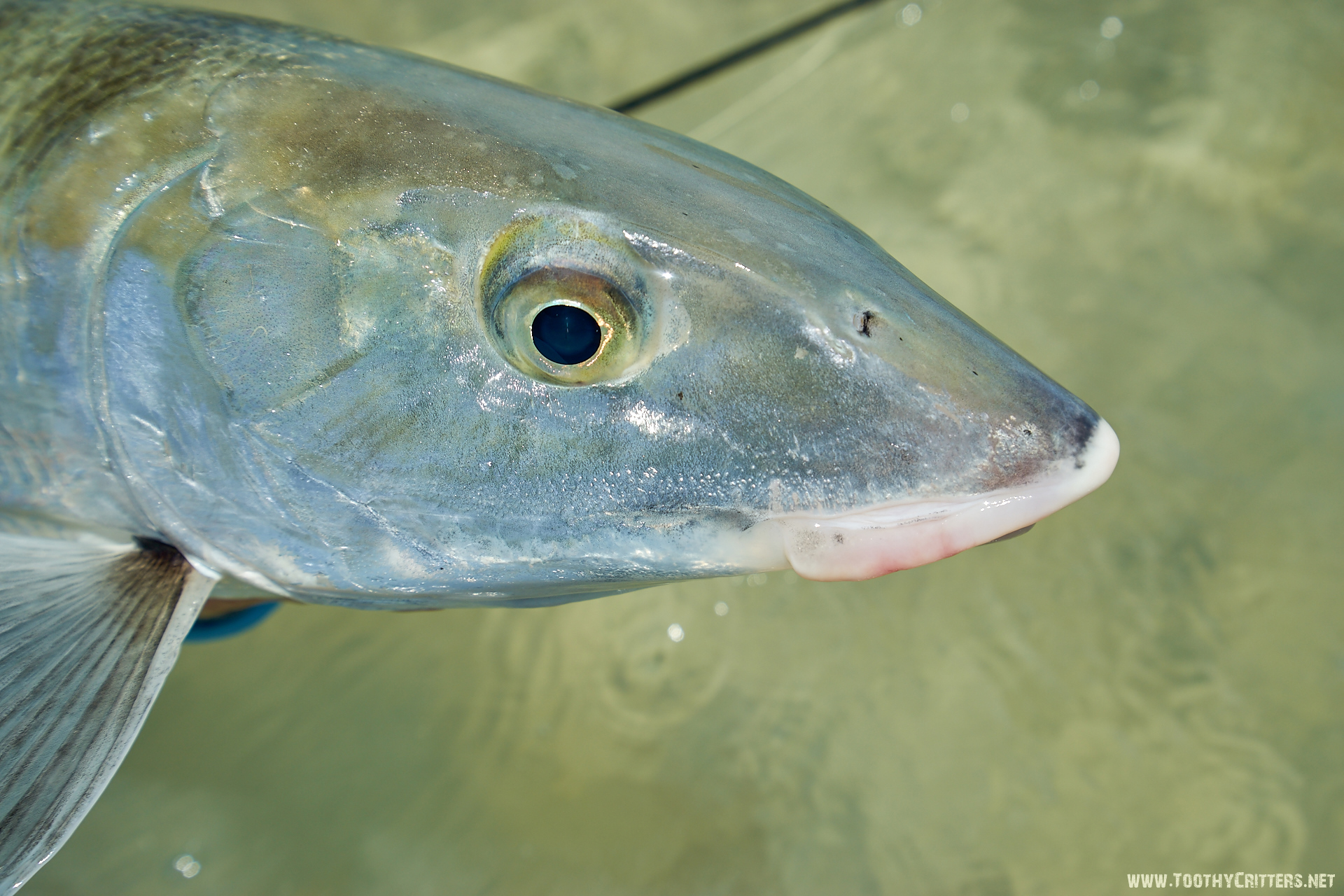 Beside all possibilities of DIY fishing I really recommend you a guide. You will have much more chances and in a much more picturesque environment. And it is really worth it. Compare the price of Los Roques with other destinations and you will agree with me. If you are not much experienced with spotting bones you will spook a lot of fish. It is easy to spot a fish on a distance of 5 yards but much likely you will spook it. It is all a brain issue. The fish are there and also visible up to a certain extend. In 9 out of 10 cases your brain can’t handle the information properly and you think there isn’t anything. After a few days you will learn to spot the bones on longer ranges. Still the guide will bring you to locations where you wouldn’t be able to go on your own. 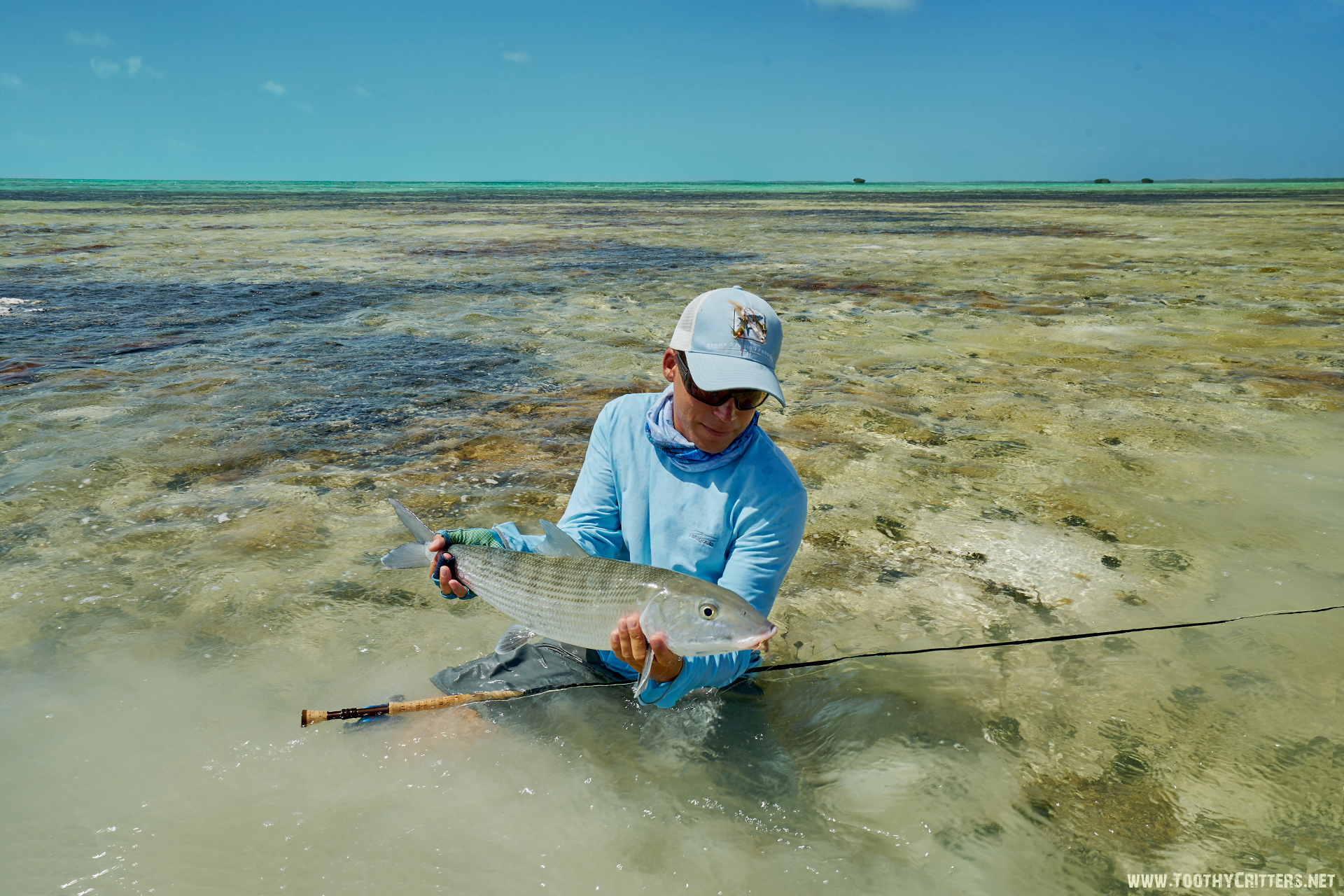 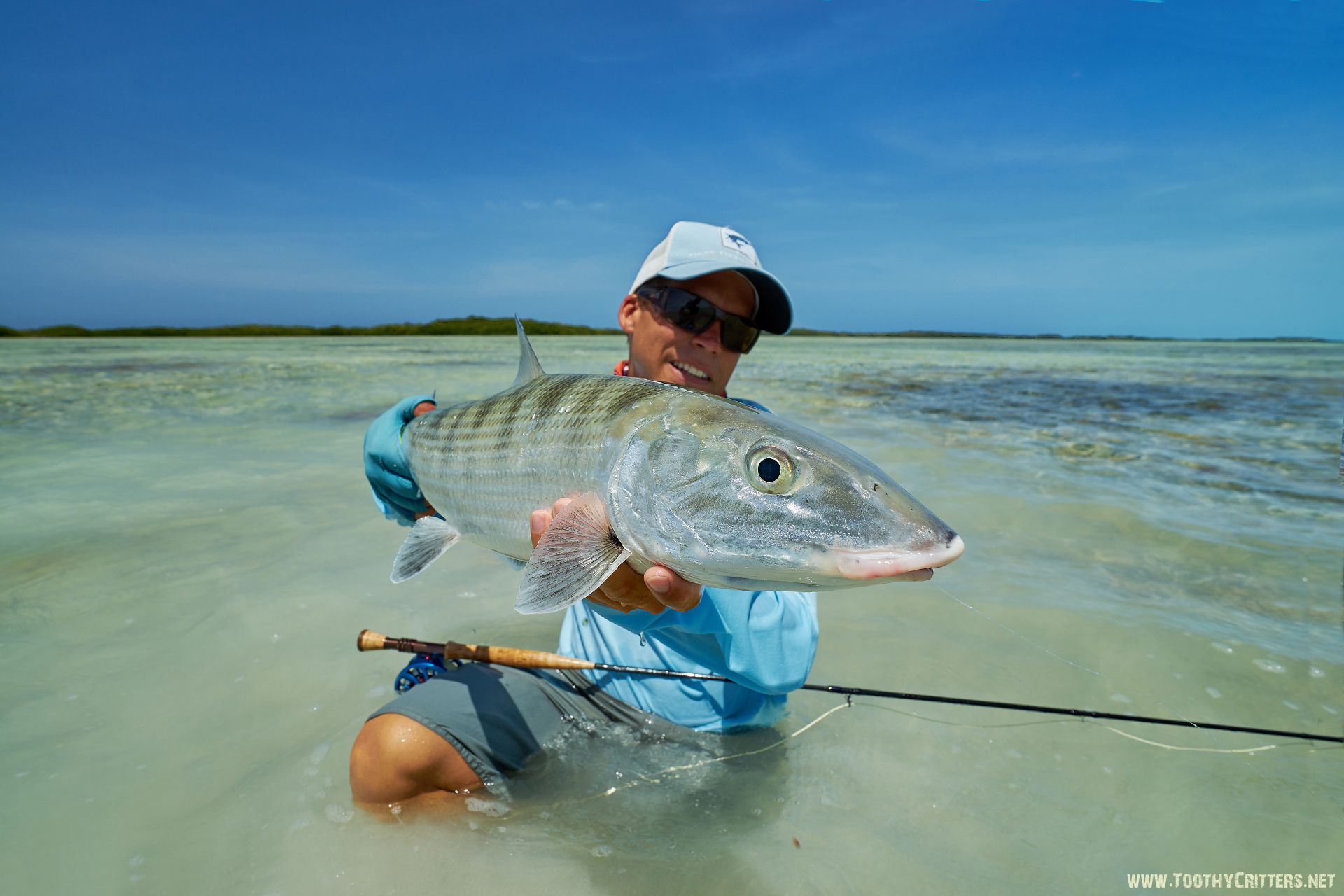 I fished a lot for bonefish. My first guide Felipe was a good companion for bonefish. Yes, “A good one” fits perfectly. Lets say he knows the archipelago like the pockets of his shorts. We visited flats that were good and flats that were outstanding. The diversity of flats, as I already stated, was eminent and enjoyed them all. With the pancake flats I had the biggest problems because of two things. Firstly there were by far the most fish and I had many times, and especially in the afternoon when the sun was low, troubles to see the very first fish. I always made my casts somewhere I thought the fly should be but it hit always a fish on the head of the school. Second my flies, although very light were sometimes still too heavy. Result was that the fly stuck on the bottom and the fish weren’t able to find it.

In general bonefish fishing was very very easy. We immediately identified working flies and we improved them even further. In the end I had 3 outstanding good working flies that worked on all kind of terrain such aus the pancake, turtle grass, muddy and sand beach flats. The bones coudln’t resist them. In fact when the fly was one or two meters in front of the a bone there was a 90% chance that the fly was eaten. More in an bonus chapter for fly recommendations. 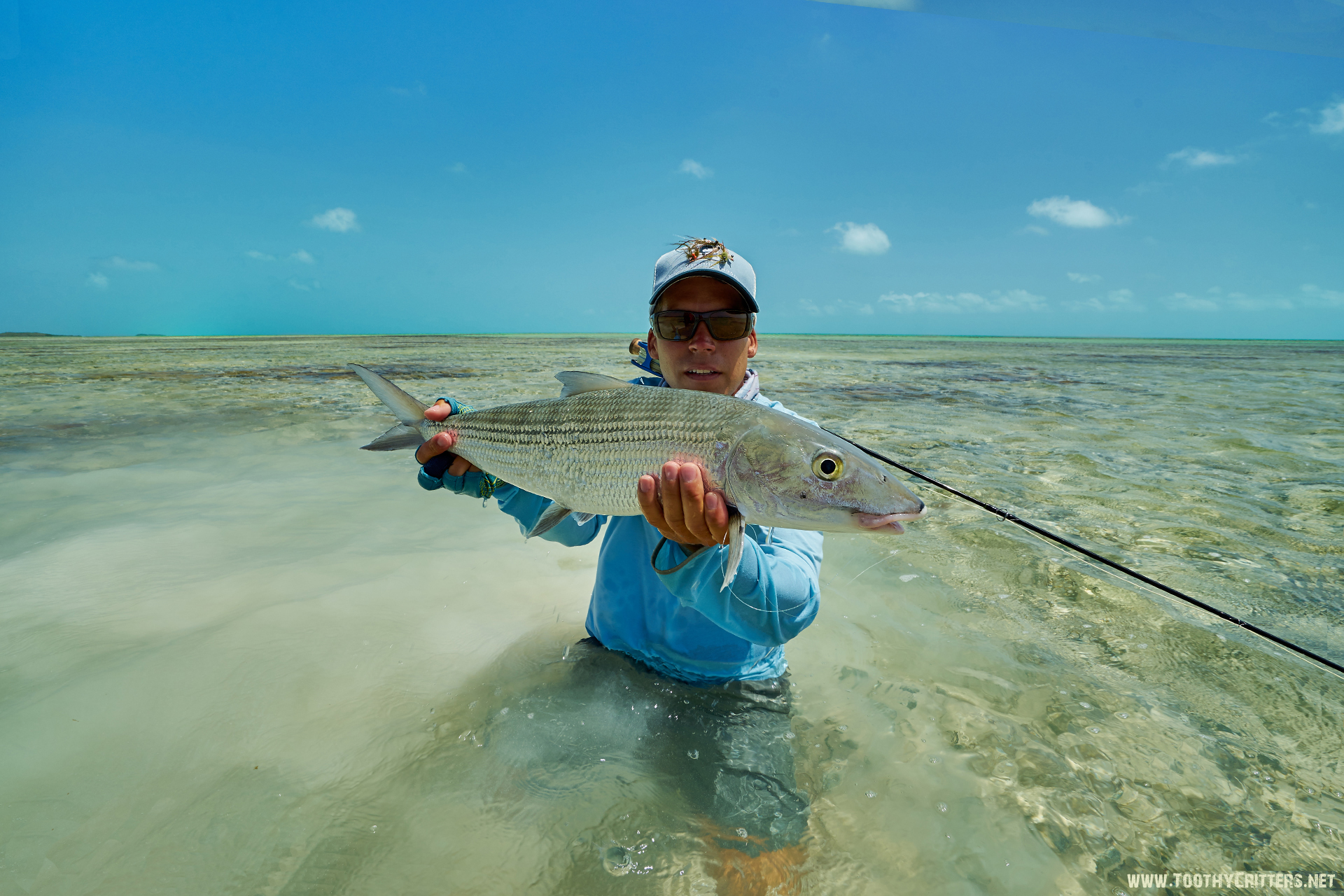 With Felipe we fished several hours deliberately only for bonefish with the target to come from big bones to bigger bones. The gamble paid off and we increased centimeter by centimeter up to a roughly 9 pound whopper. They weren’t as big as my Aitutaki bones from last year but at least as strong, and some of them were actually really fat. Later with Javier the bonefish was more like a bycatch when chasing permit, trigger fish or lemon sharks. Of course we didn’t caught as many but still we had an excellent fishery for them. There was a flat on the south eastern reef around Rancho Ingles that was so versatile that we saw and also caught on day bones, sharks, jacks and permits. A stunning flat that is always good for a surprise. In the end I broke through the barrier of a hundred of bonefish on the entire trip. Keeping in mind that we roughly spent half of the time fishing for bonefish you can imagine the quality of fishing.

Enough said.. Just see some photos and get inspired.. 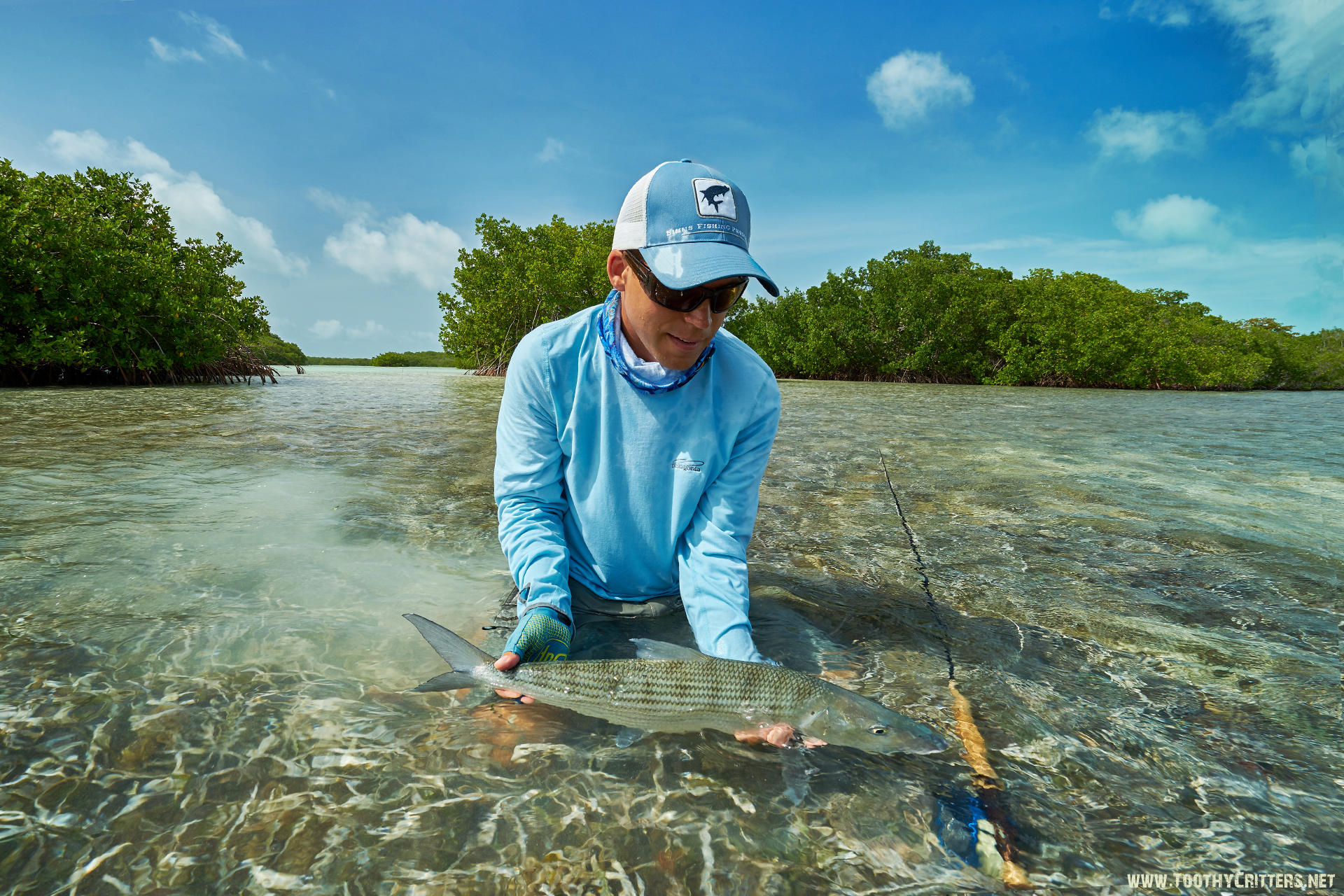 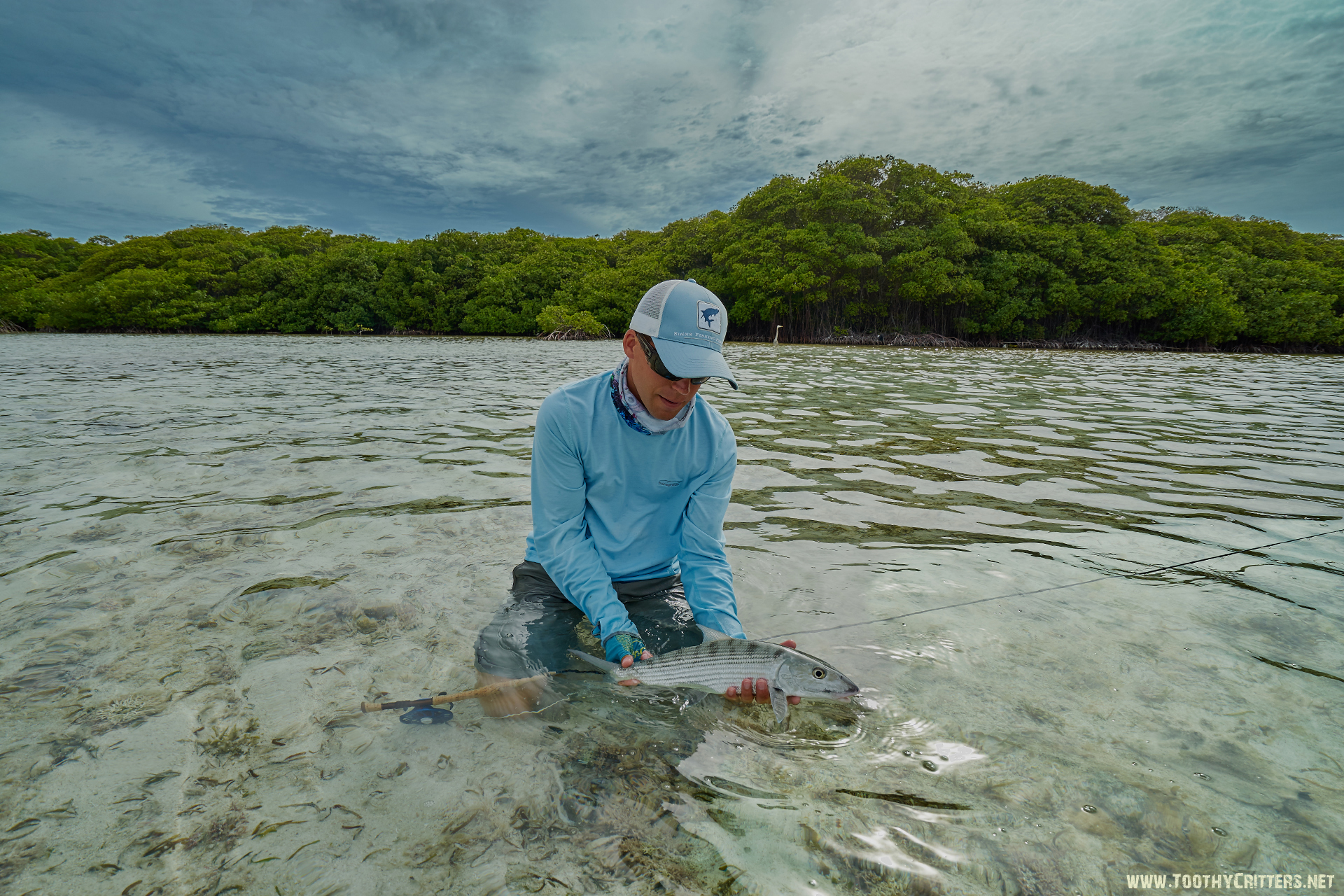 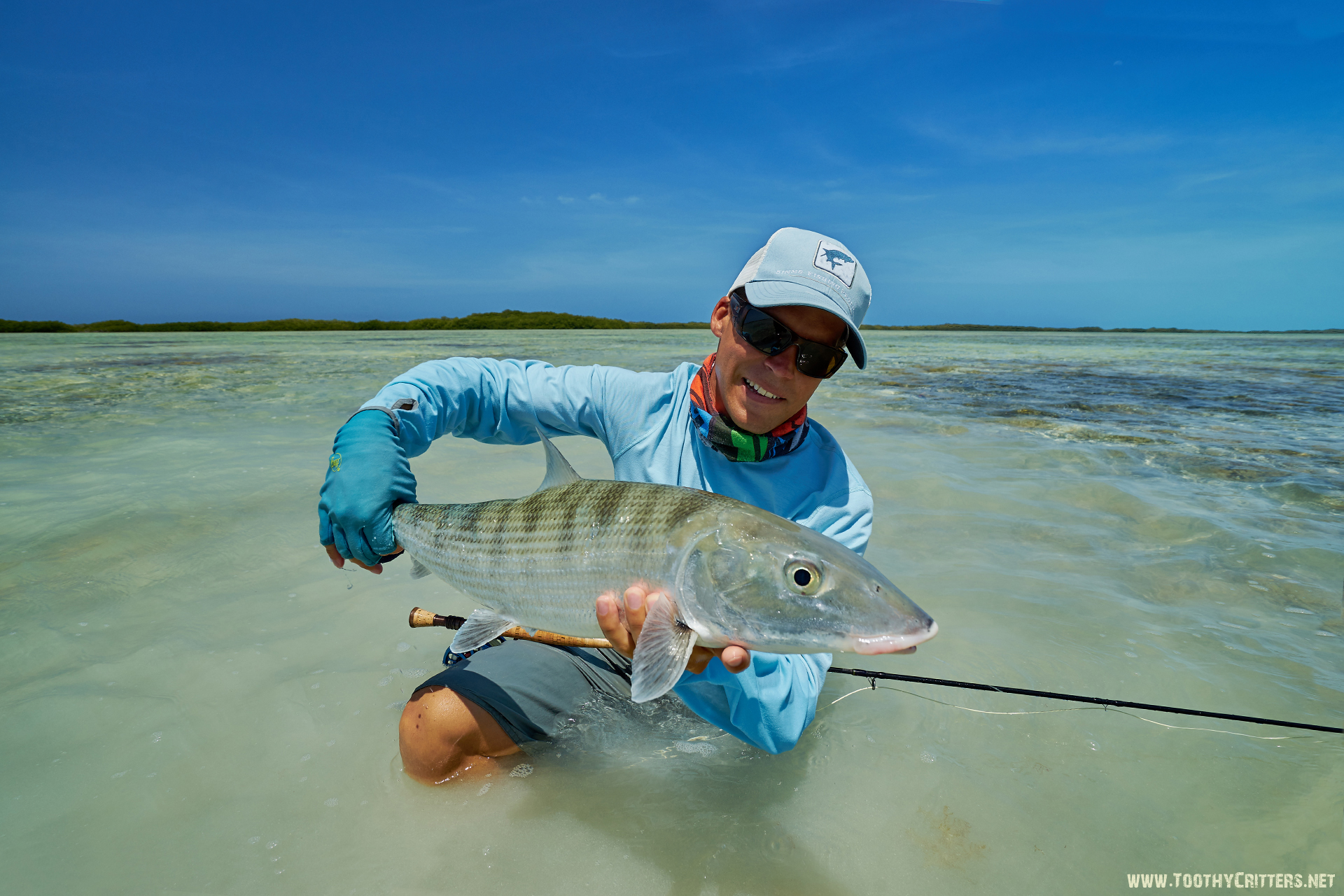 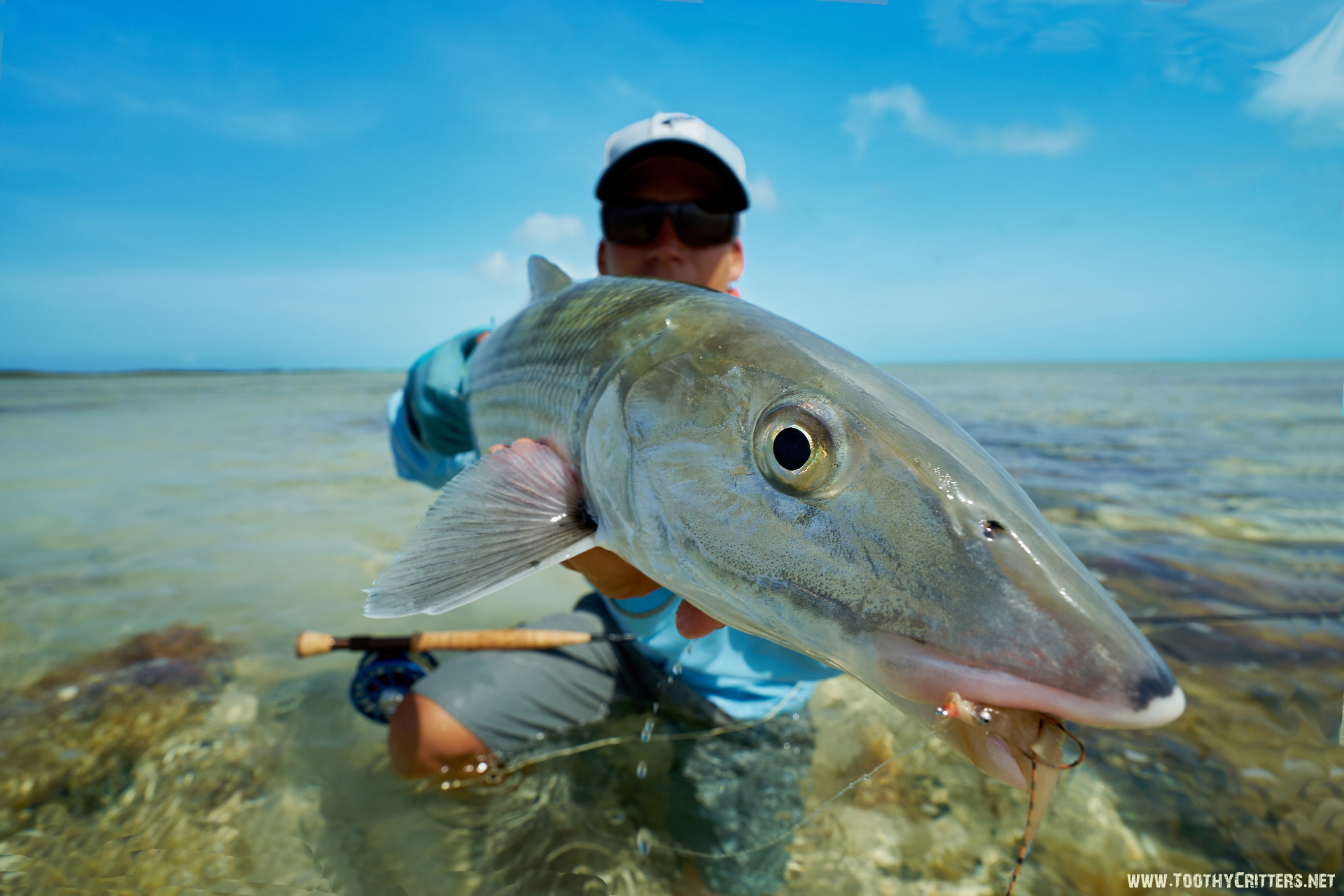 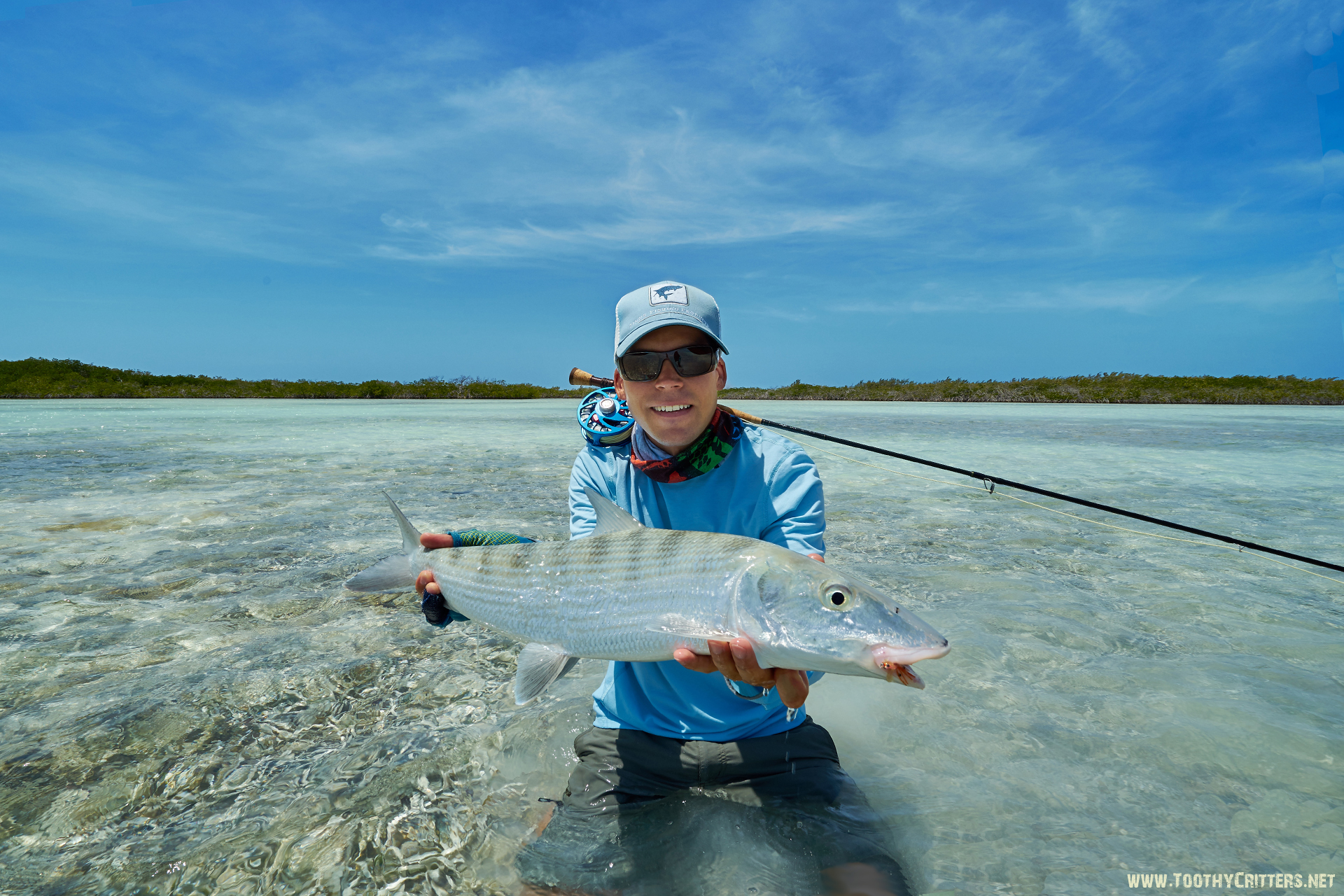 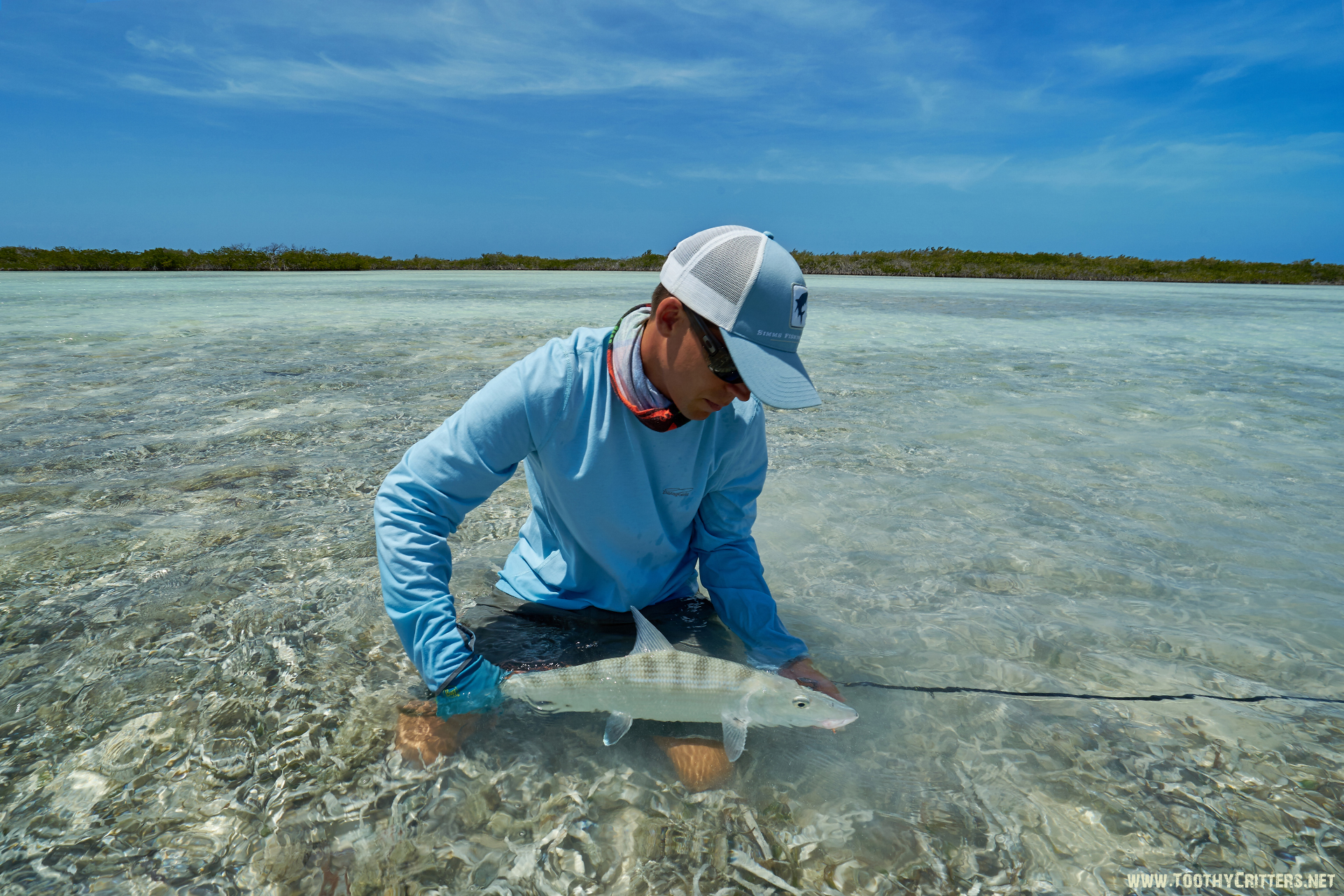