It started with an idea. Everything I wanted was to have a inexpensive vacation in combination with a superfine saltwater fishing. Bonefish, Tarpon, Permit and as extras the sharks didn’t let me sleep for long time. After Aitutaki the bar was set very high. In the end it came all better than I ever dreamt. 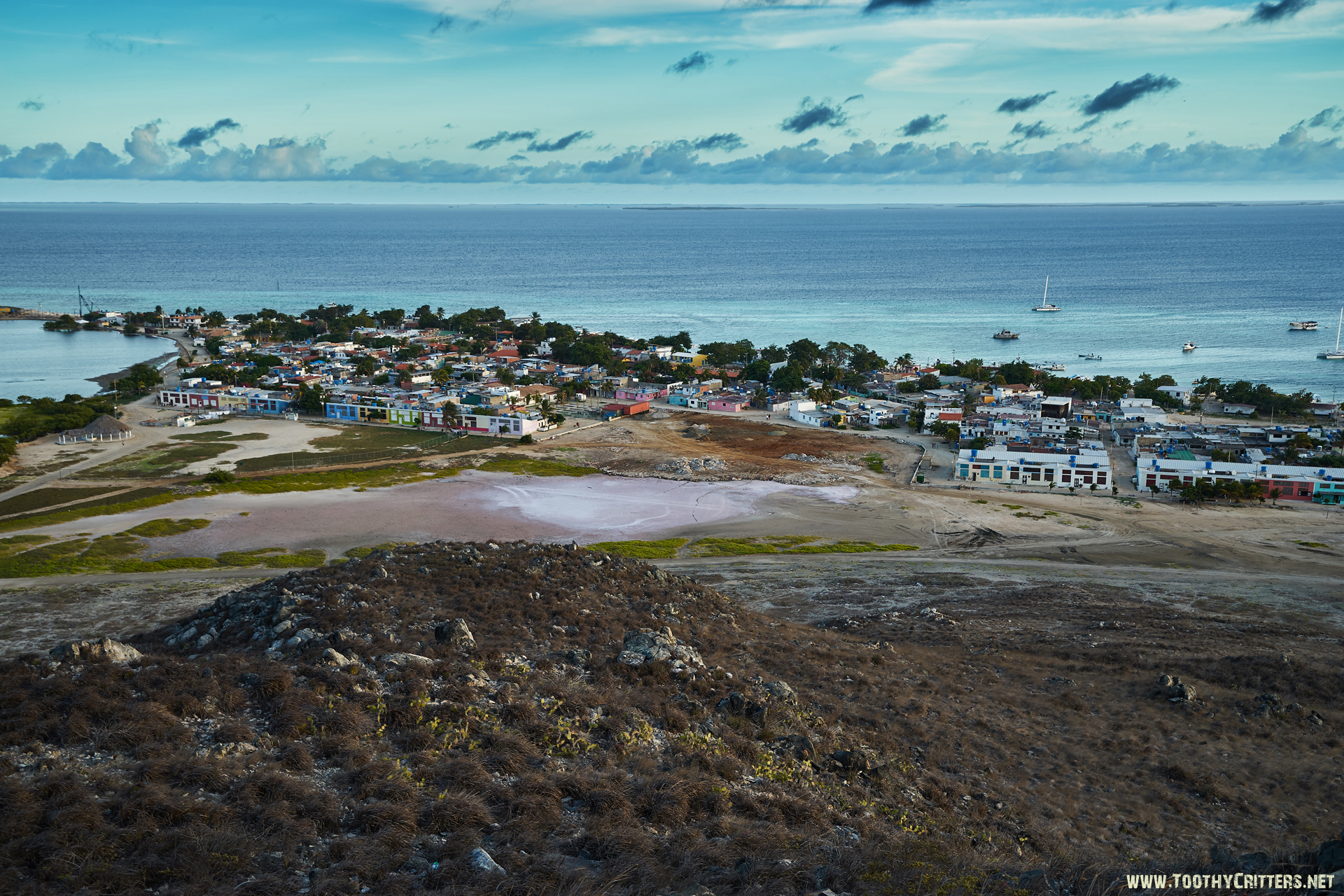 Los Roques wasn’t very new to me. When I started fly fishing several years before I read a lot about it in several internet forums that it is the ultimate DIY fly fishing destinations. The conclusion of the audience was common unanimous. Cool fishing, Inexpensive, easy to access and possibilities for DIY fishing. But there was also a major drawback. Everybody who visited Los Roques stated that all fish, mainly Bonefish, were super hard to catch because of overfishing. I never thought that I ever will go there because of this drawback. Why should I go there if it so overrun by fishermen?

For long time this dominated my picture about Los Roques. Till a day in last November when a friend came back from Los Roques telling me that his trip was one of the best he has ever done. Tons of bonefish, big tarpons and possibilities for permit was his conclusion. Now the picture changed, so what about going there? We didn’t had a better idea so we gave it a chance. It was all too tempting catching a boat full of fish. But I want to be honest, I still had many many doubts. You have to understand that Venezuela is one of the most dangerous countries in the world. 24.000 murders confirmed Caracas as the most violent city in the world. Every 27 minutes somebody dies from non natural reasons. You may now understand that this wasn’t the destination I was happy to go there. That would be a clear no go if there wasn’t the picture in my head with the boat full of fish, laugh!! What a dilemma. 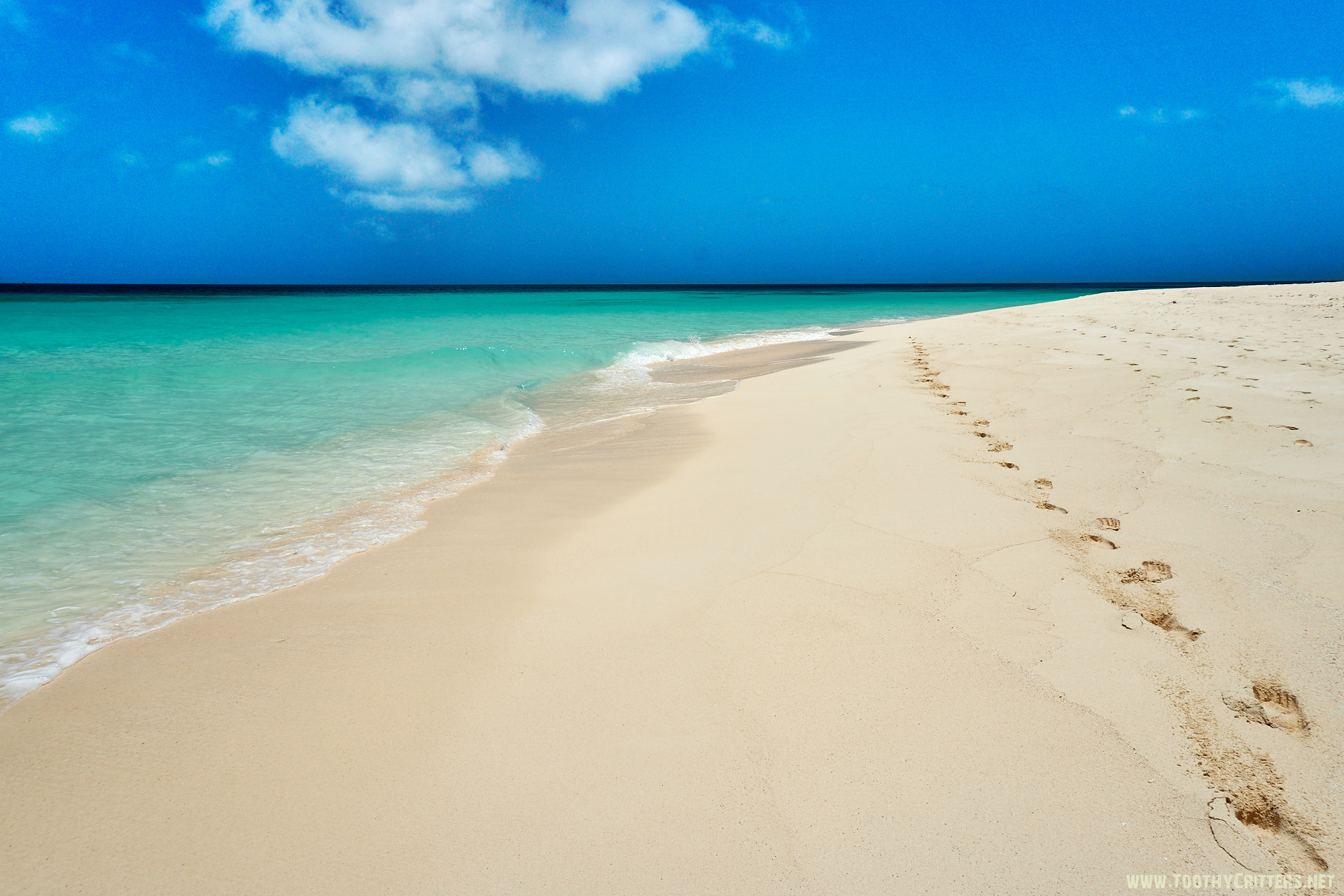 Luckily Los Roques seemed to be the island of the blessed with minimal crime and still the charm of the Caribbean. But let me tell you something about Los Roques. Located on the north of Venezuela just about 170 miles north of Caracas it is easy to access with small propeller planes. The archipelago is scarcely populated, having about 1,500 permanent inhabitants. Every year around 70.000 visitors visit Los Roques, many of them day-visitors. The major islands of the archipelago have an atoll structure, with two external barriers formed by coral communities, and an inner lagoon and sandy shallows. The park consists of 40.61 km², 1500 km² of coral reefs, 42 coral cays surrounding a shallow central lagoon of 400 km², two barrier reefs (24 km east and 32 km south) and 300 sand banks, islands and cays, ranging in size from Cayo Grande (15.1 km²) to the Gran Roque (1.7 km²). Other important islands are Francisqui, Madrisqui, Crasqui, Caranero and the picturesque island Cayo de Aqua.

All this sounds nice but no island can be as beautiful as a the sandy shallow flats with tailing bones on the horizont. So guess what’s coming next? …. Now I just tell you about the fishing there.. More chapters will follow soon.

The first surprise when exchanging money. This stack of money is equivalent to 100 USD. Crazy!!! The biggest note is a 100 Bolivars. 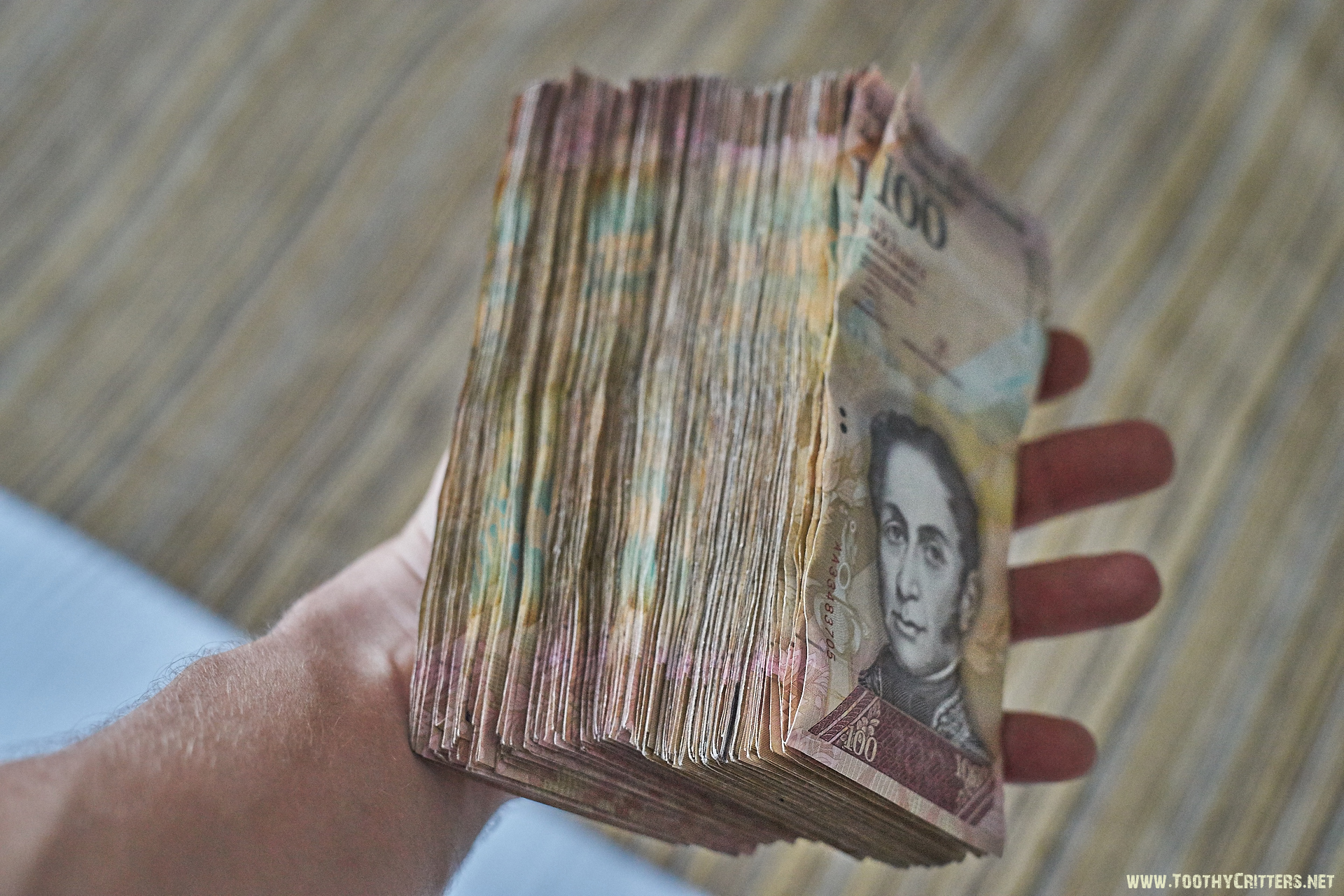 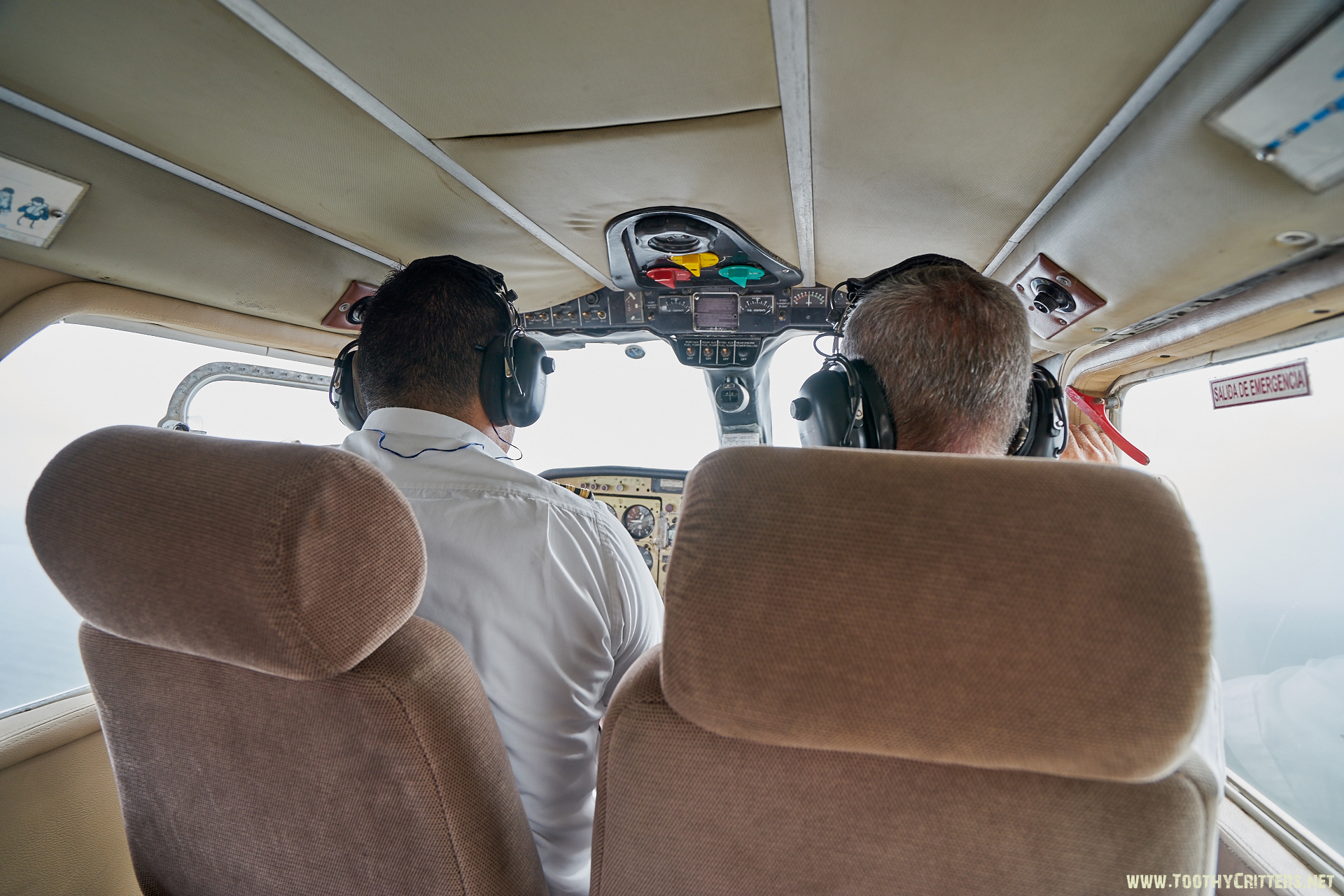 Sandy beach of Cayo the Aqua

Millions of small minnows that dominate all kind of waters. They are the reason for the superfine fishing 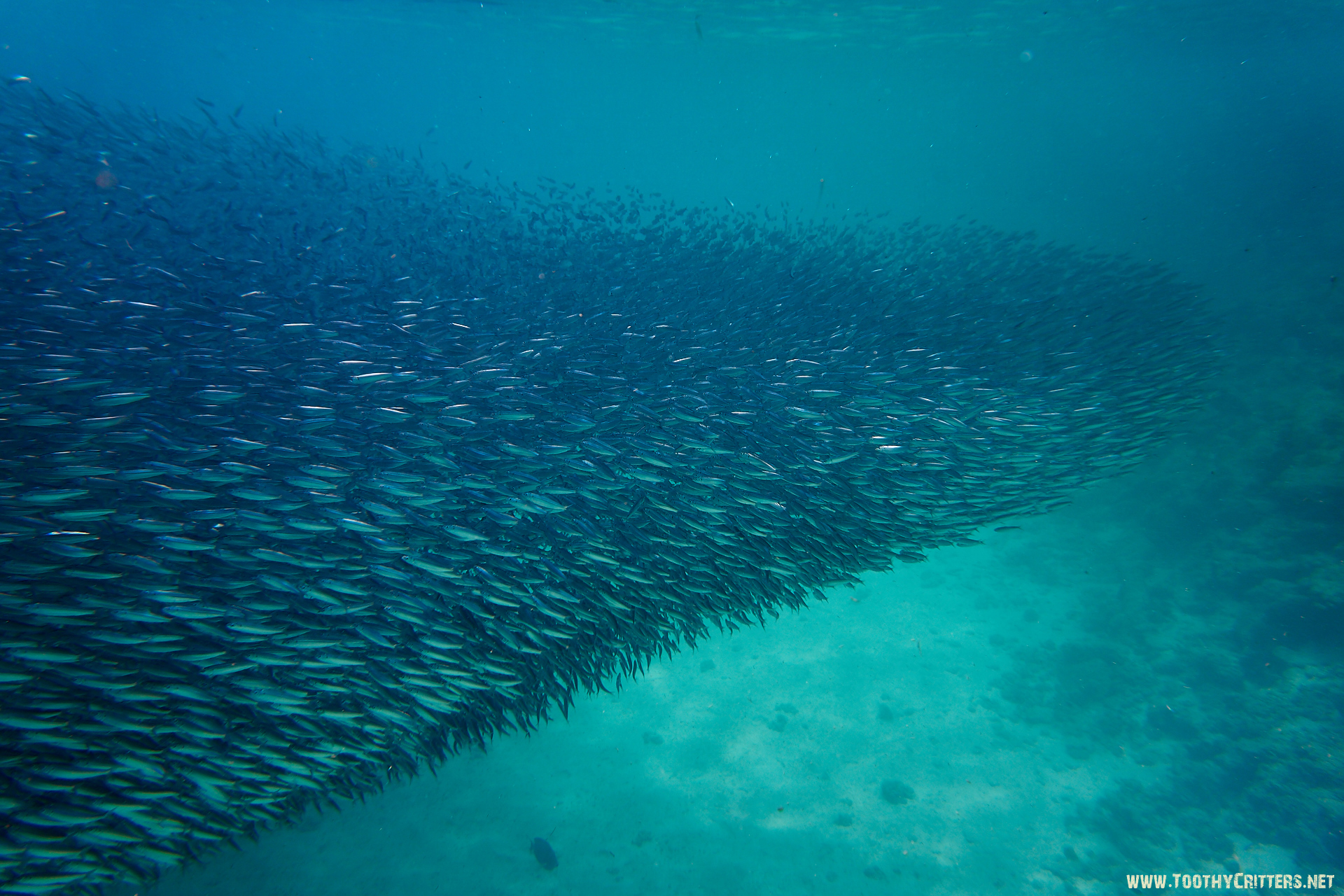 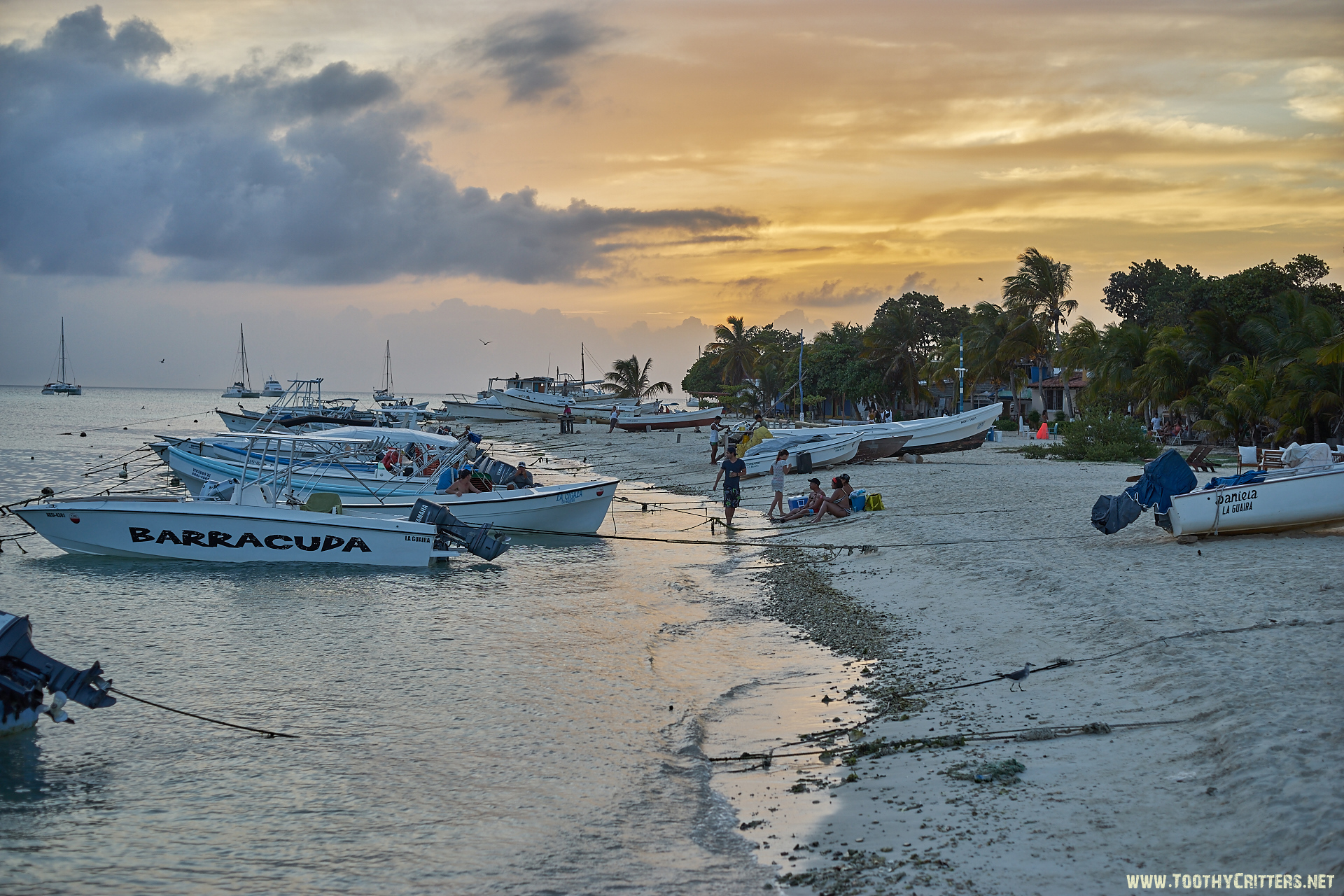 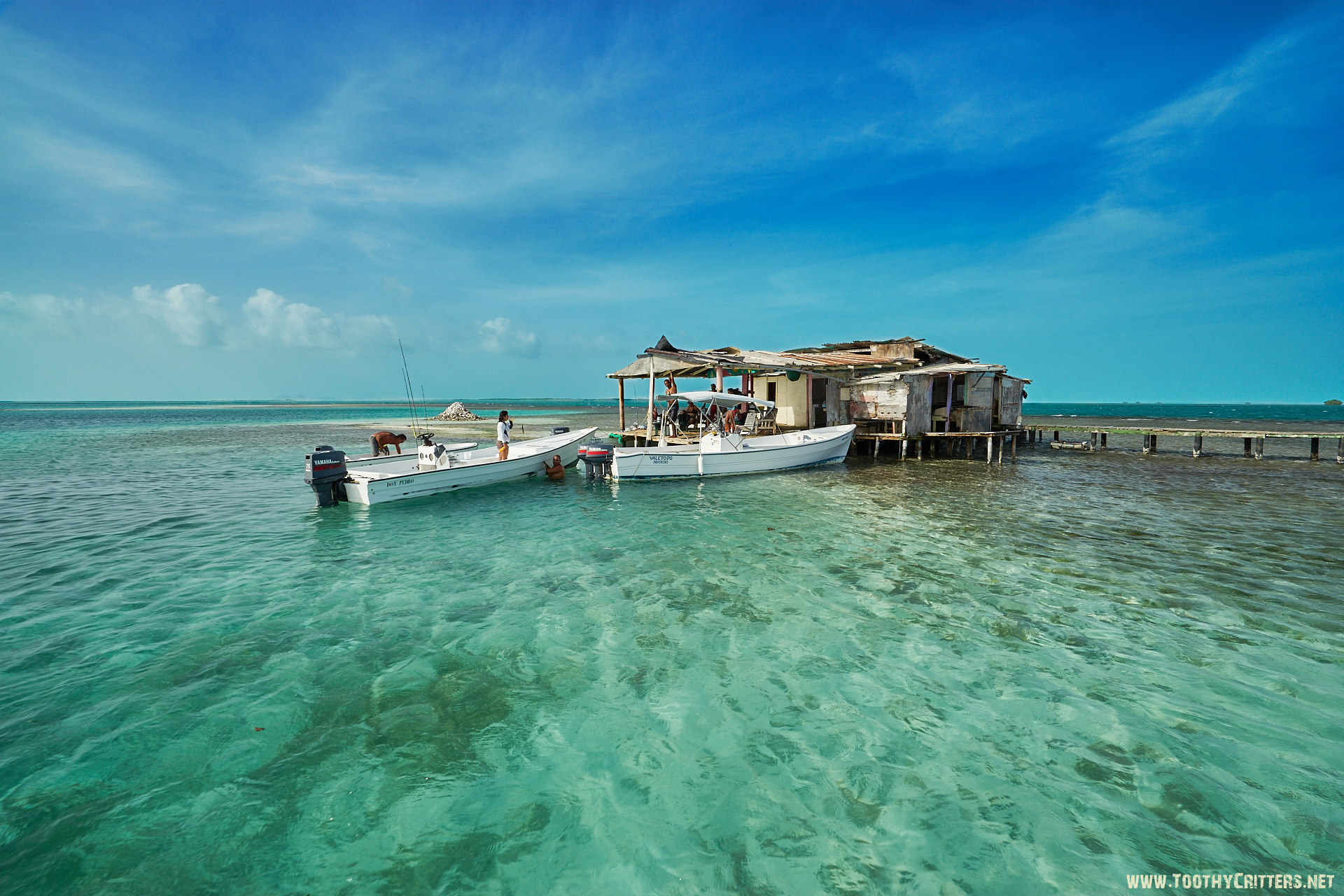 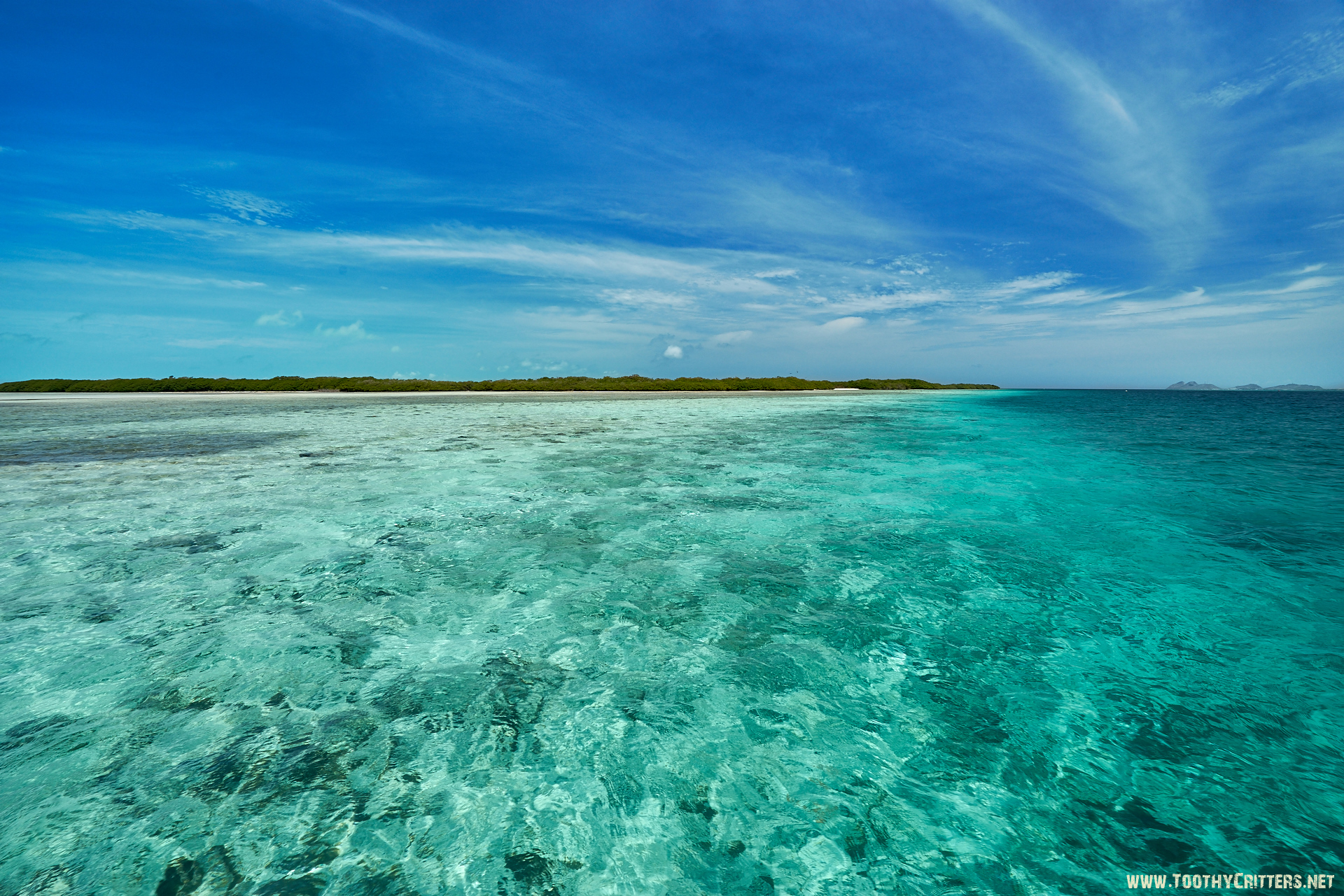 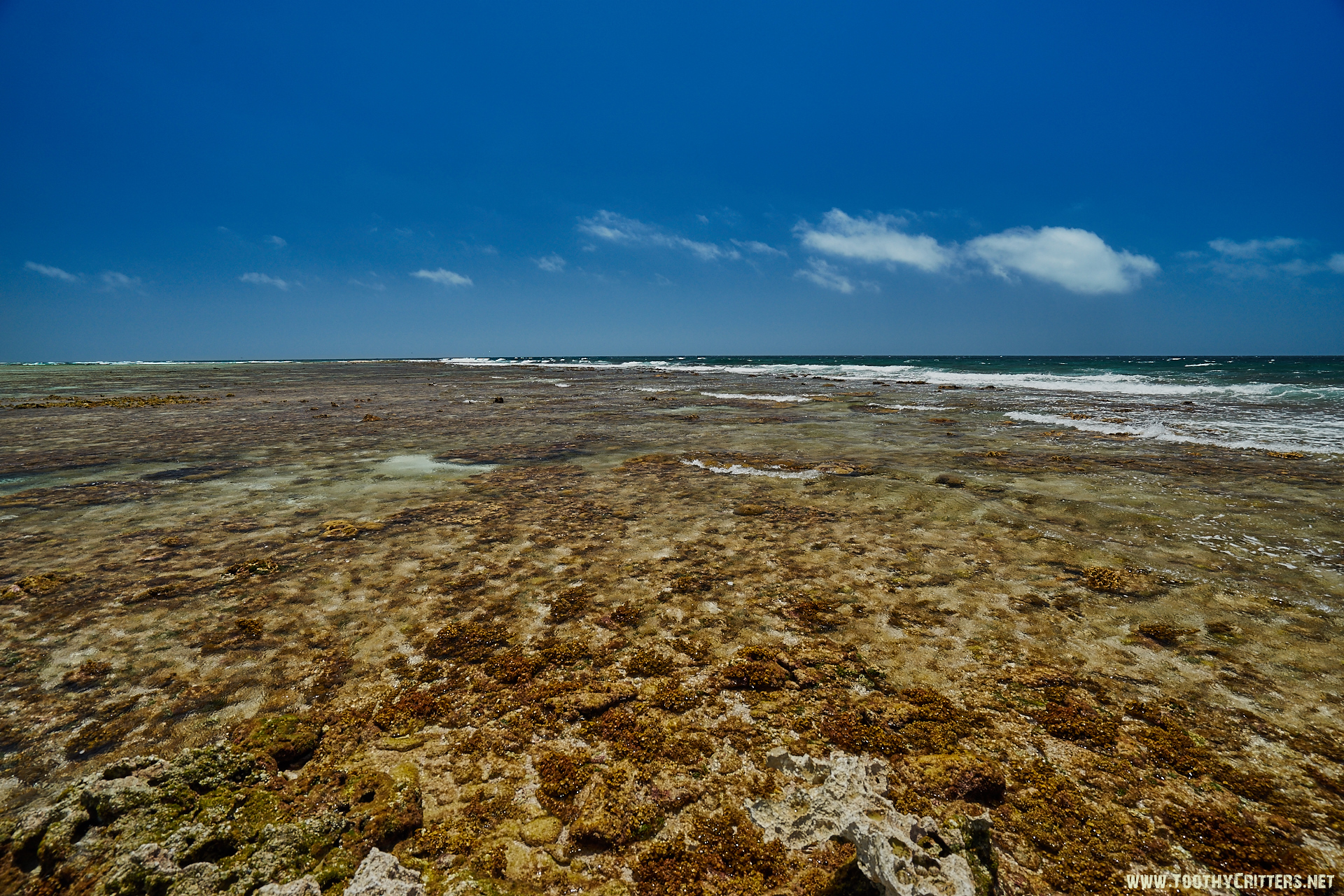 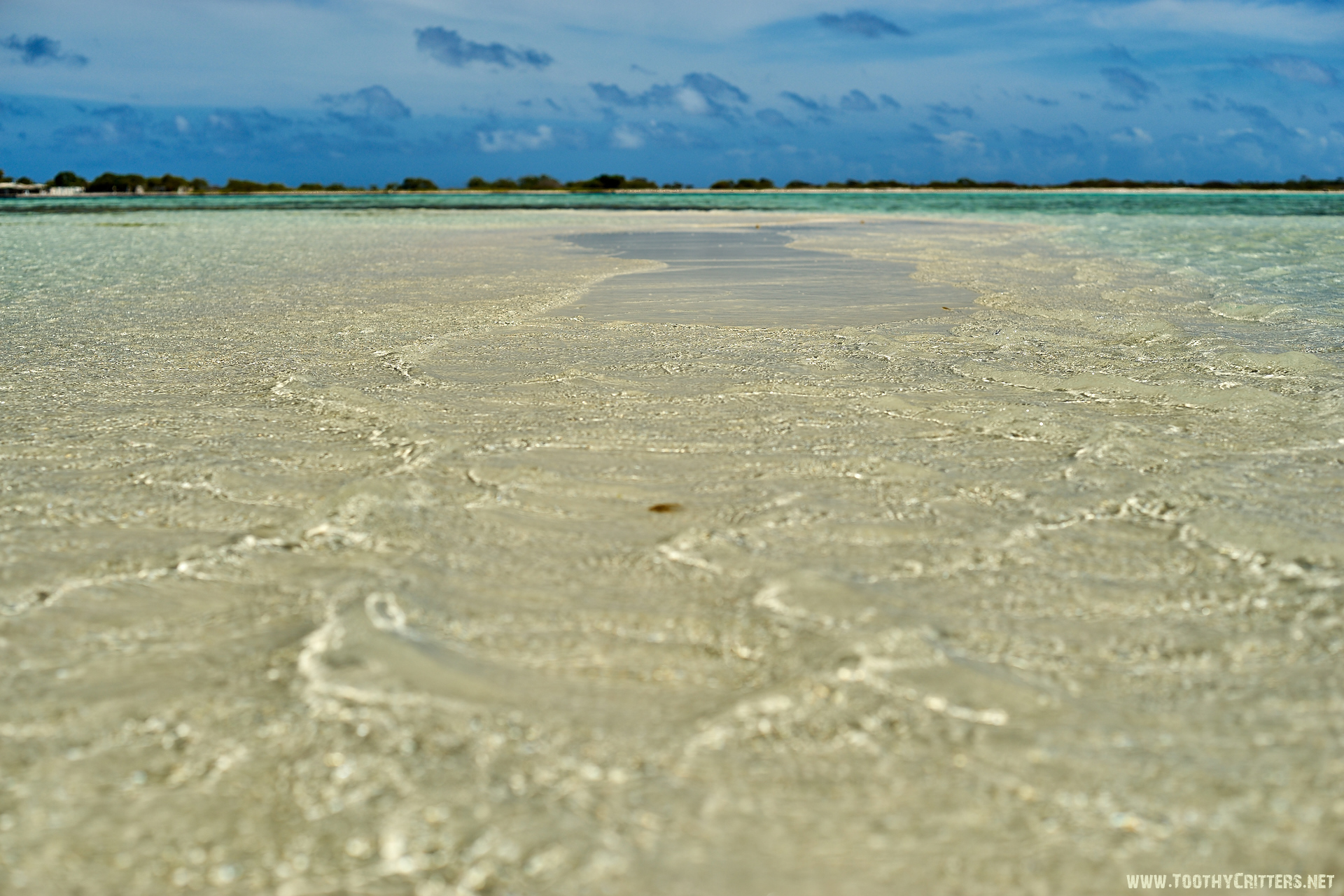