Tarpon @ Rio Hatiguanico
Tarpon fly fishing at the river Rio Hatiguanico. A bare-knuckle fight with one of the strongest fish to hunt with a fly rod. 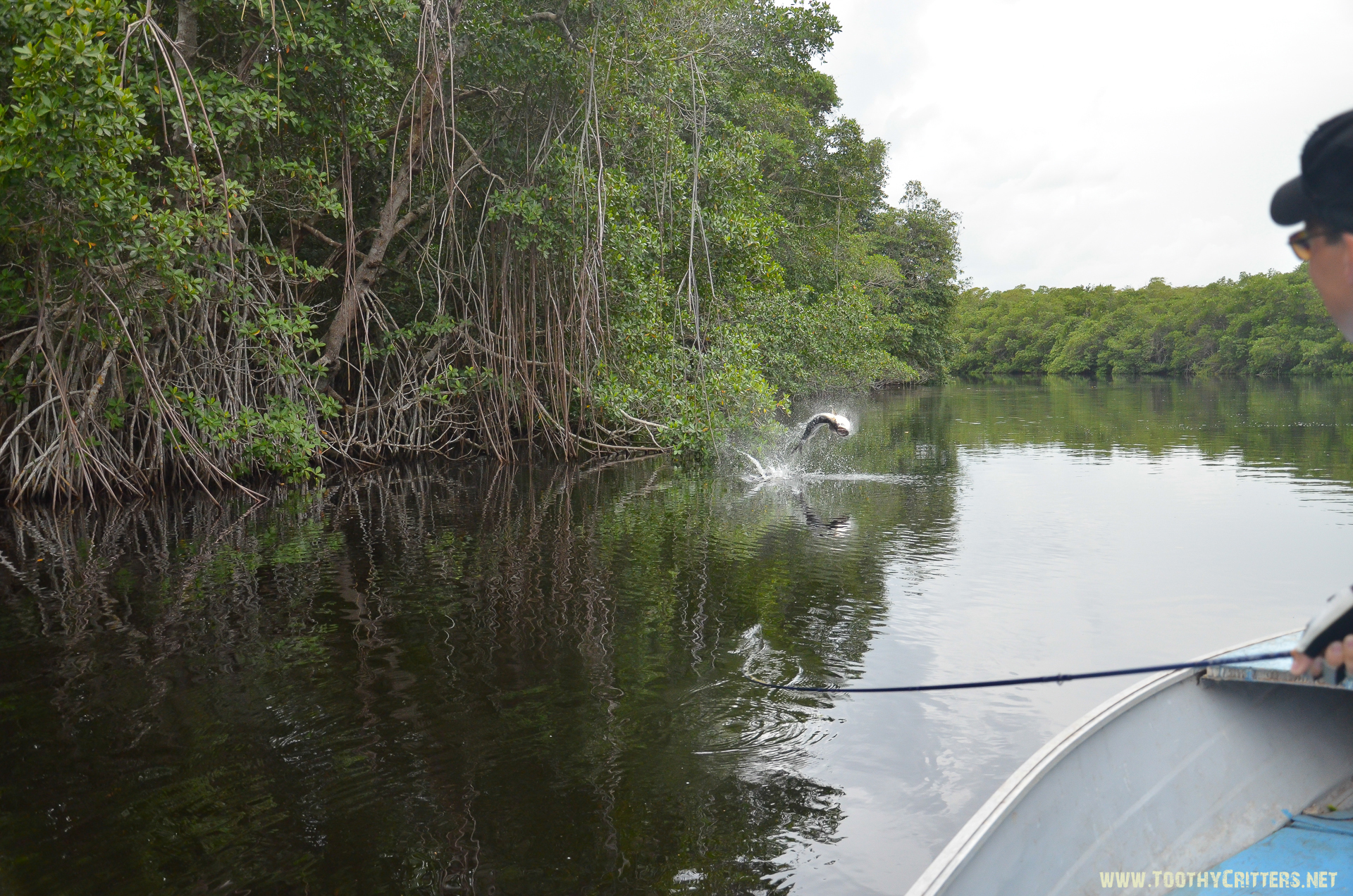 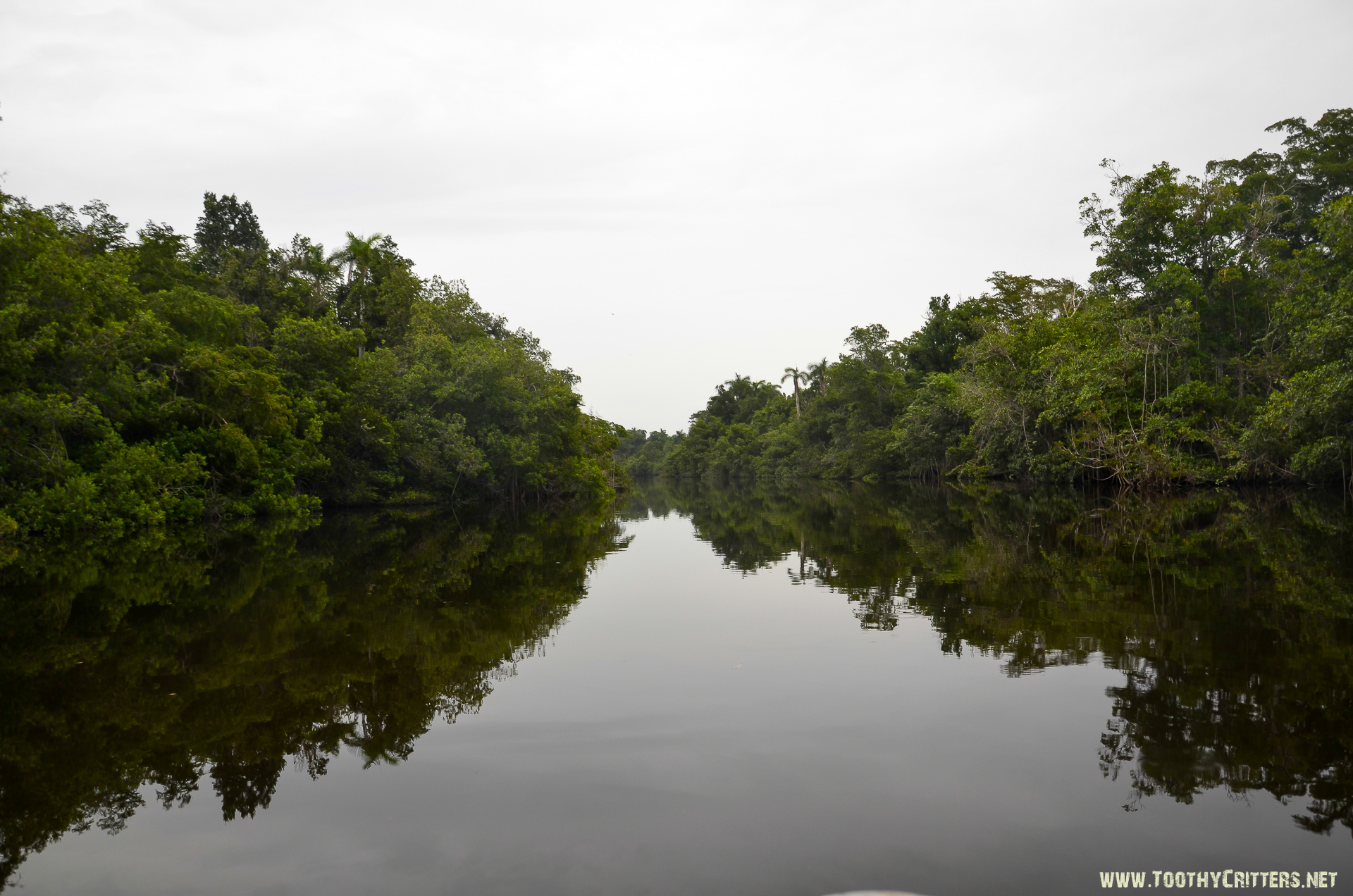 When I think back 3 years I still get goose bumps. I have seen Tarpon fly fishing on YouTube already before and I thought it will be a hard fight but what I experienced there was far beyond my imagination. I heard about baby poons and some up to 10-20 pounds. But now imagine hooked up to a grown up mid size tarpon in the 30 pound category and a maximum radius of 10 to 15 yards before you loose the fish in the mangroves. And believe me a fish that sizes takes 15 yards in a fraction of a second. What comes next is a close combat with a fish who is trying to escape in all possible directions. Left to right, forward to rearward, deep down and airborne. Tarpons are jumping like crazy once they are hooked up. Some of them start jumping even before you realized that a fish is on. 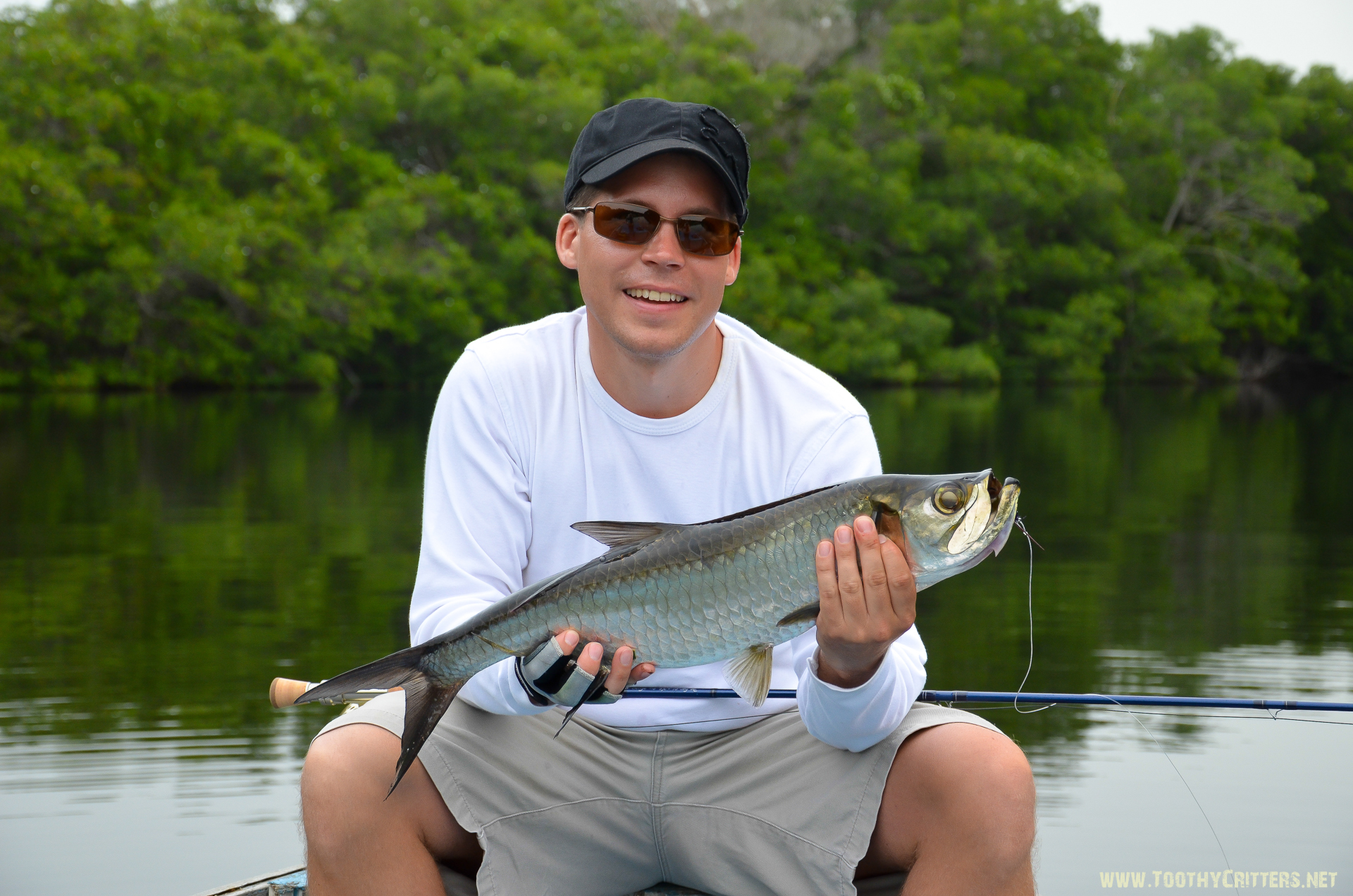 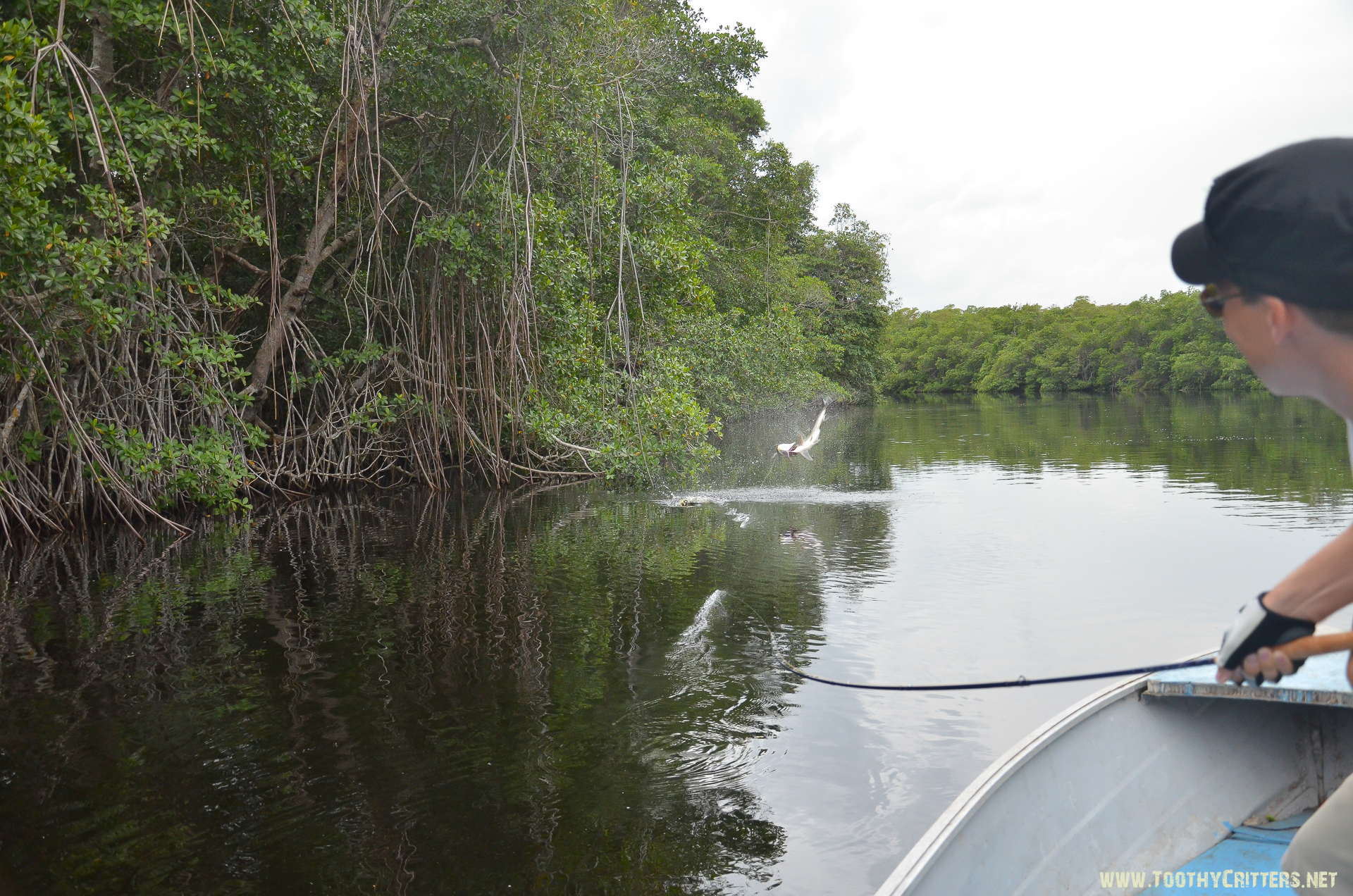 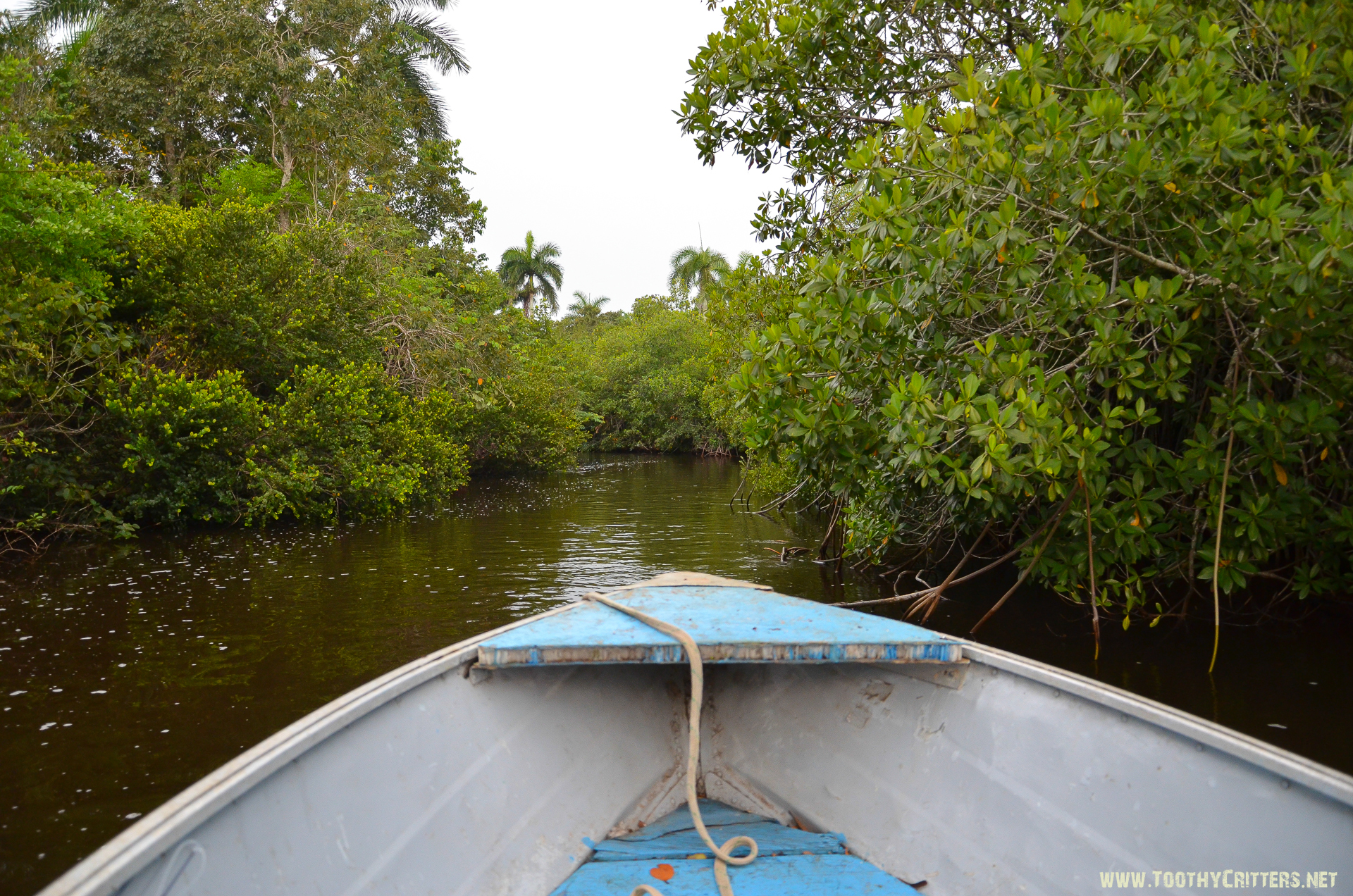 But lets come back to this fascinating river. Let me tell you some facts. It rises in Villa san pedro and it is more like a swamp than a river but officially it is a river with a slow but steady flow. The water is clear but doesn’t look like it is. The bottom is chocolate brown so it seems like the water is brown and murky but it isn’t. It is the home of many different fish. The dominating fish ins the tarpon, followed by snook, jack crevalle and some bass species. There is also another interesting specie out there. The Cuban crocodile. I haven’t seen any but I’m sure I was inspected by many hungry eyes. 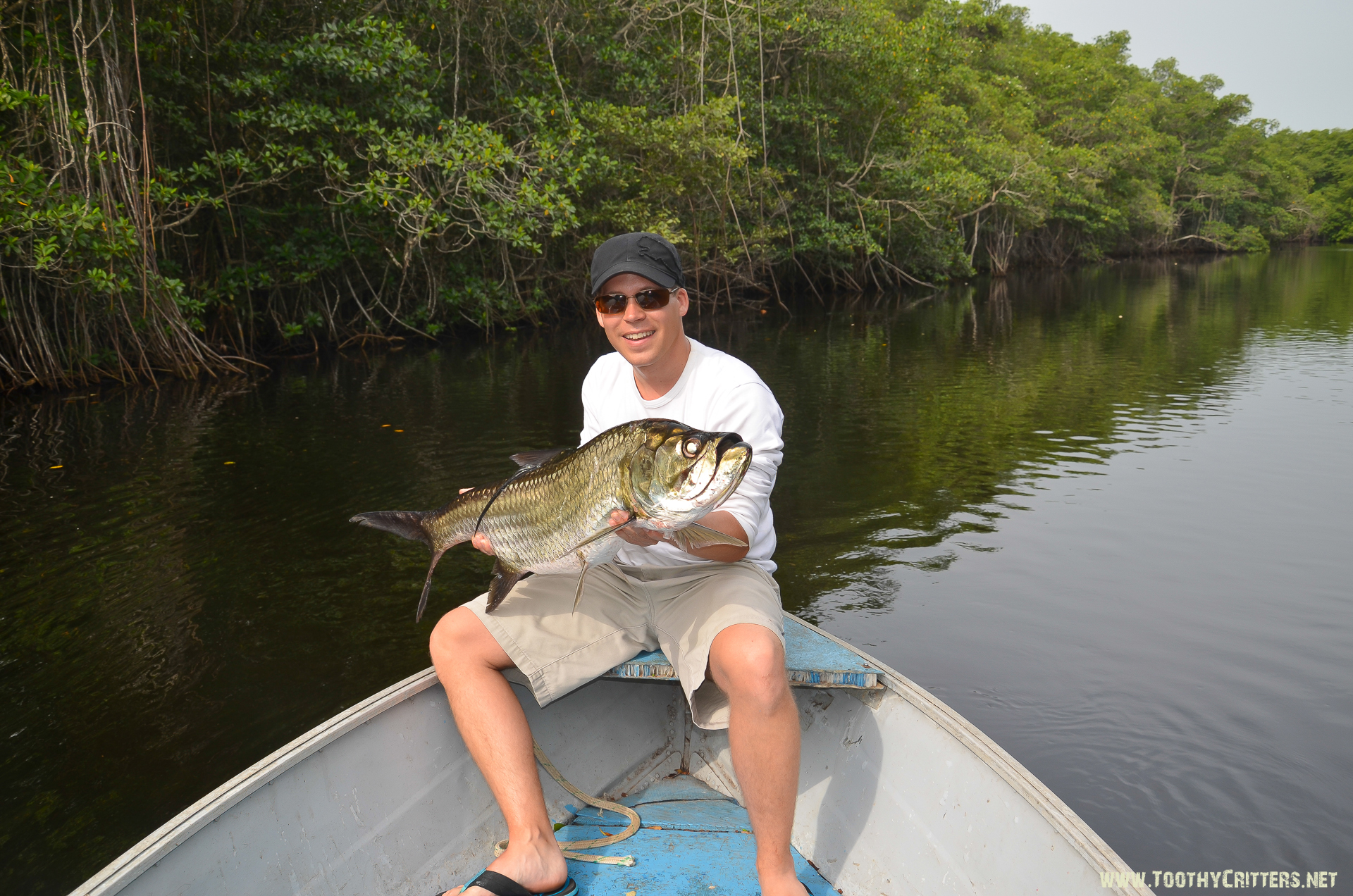 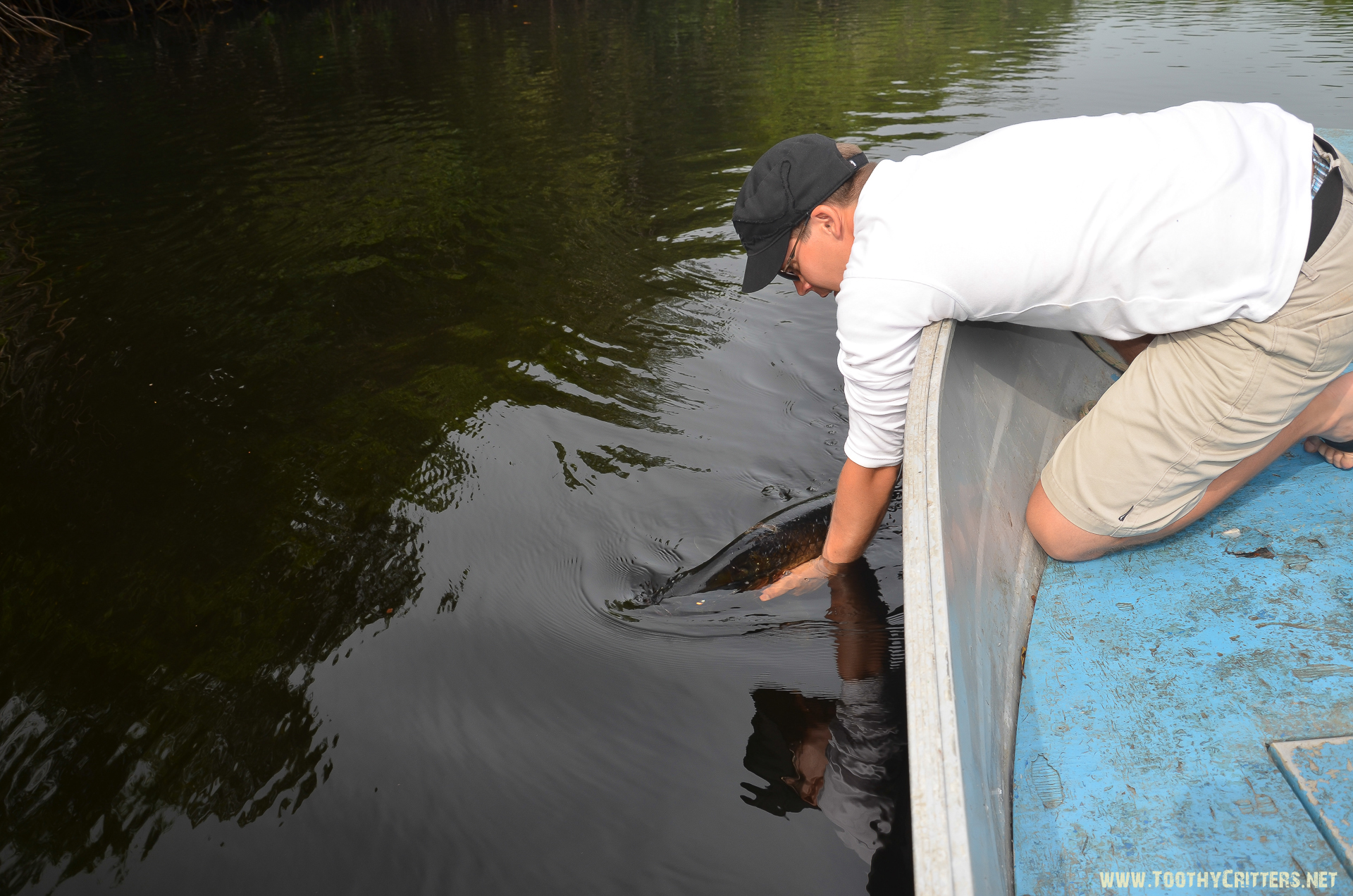 The fishing on the Rio Hatiguanico is very easy. The best tactics is to position the boat in the middle of the river and cast side by side directly towards the mangroves. The close the better. In combination with a super fast sinking line you fish always where the tarpons swim around. The close you float down the river in the direction of the sea the wider the river becomes and the bigger the poos are. For the really big ones above 50 pounds the tactic is a bit different. The river is already around 100 to 150 yards wide and the Tarpons swim around everywhere or nowhere. Its a lucky game. When you see them rolling you know that the next cast could be followed by a descent bite. 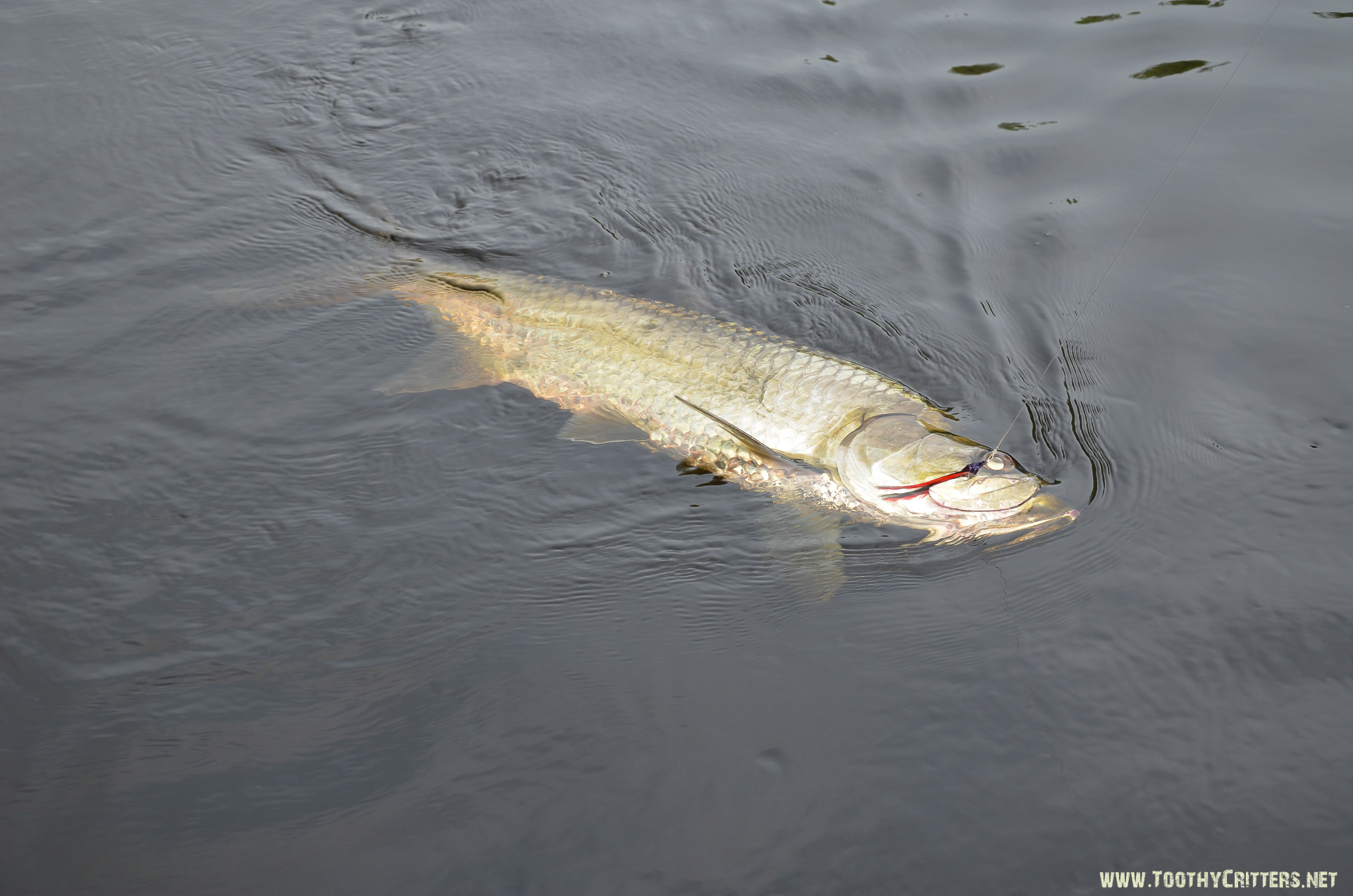 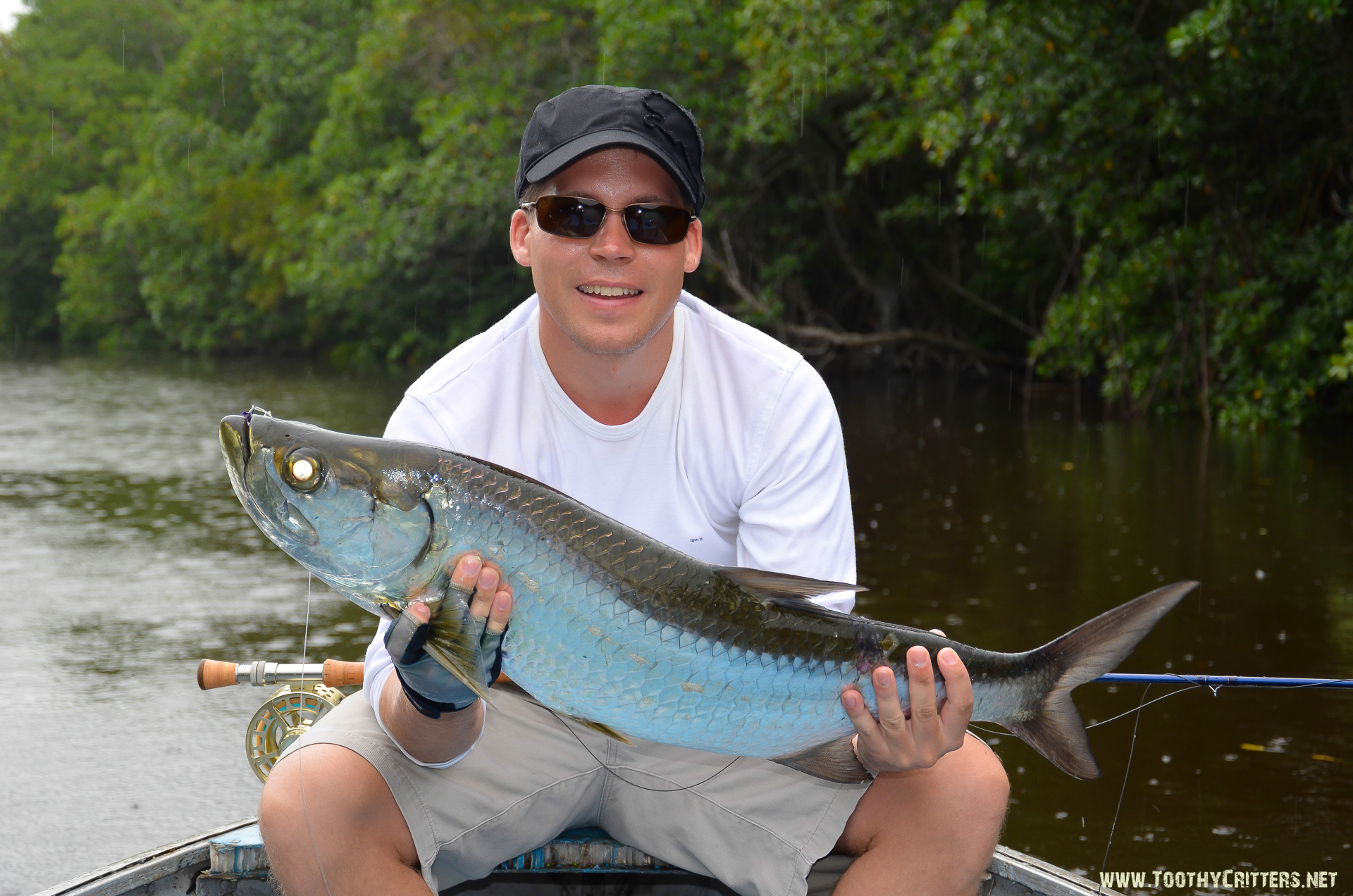 My experience in 3 days of fishing there is that even those the bigger ones are a harder challenge to make them bite, the smaller tarpons in the much more narrower river make more fun to catch and fight. The fight is much more intense and you have no time to recover until the fish is landed. And in the worst case you might also loose a fly line. The mangroves a have sharp roots that can cause serious damage to the fly line. I managed to hook 24 Tarpons in 3 days and landed around 20 of them. Some smaller ones but a good portion of fish above the 30 pound category with my biggest around 50 to 60 pound. That’s far away of being a monster but for a first tarpon fishing a pretty descent fish. 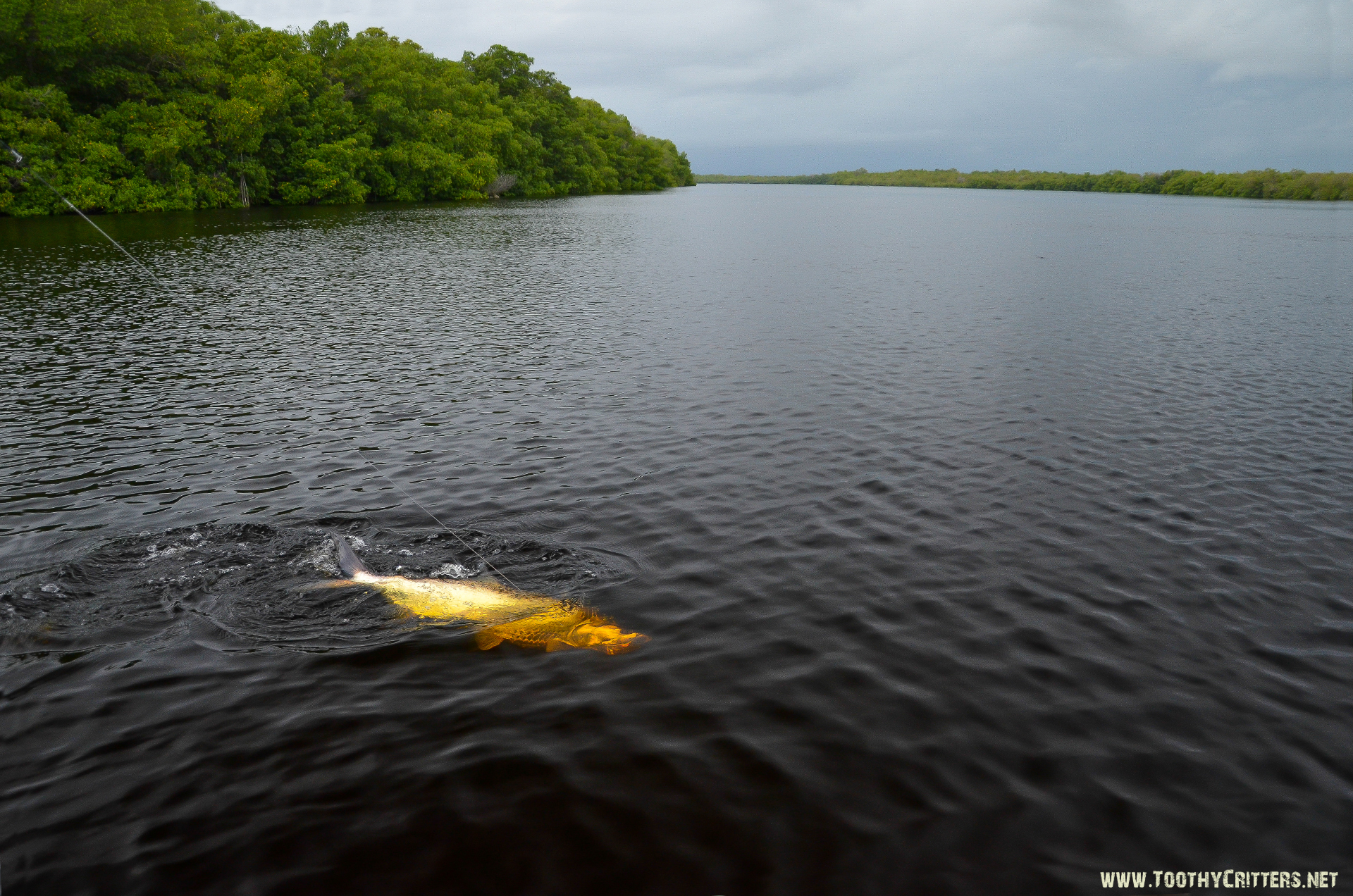 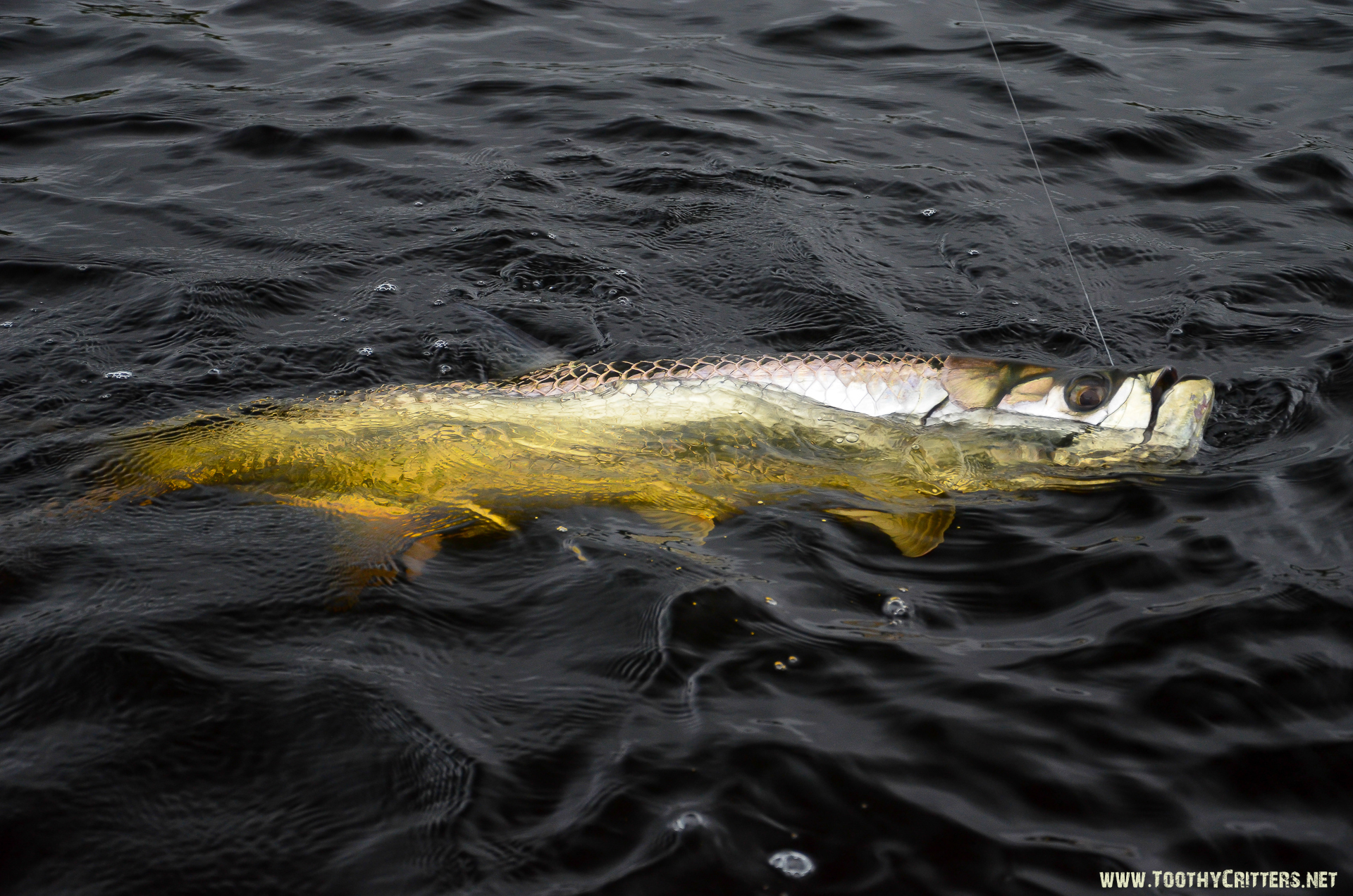 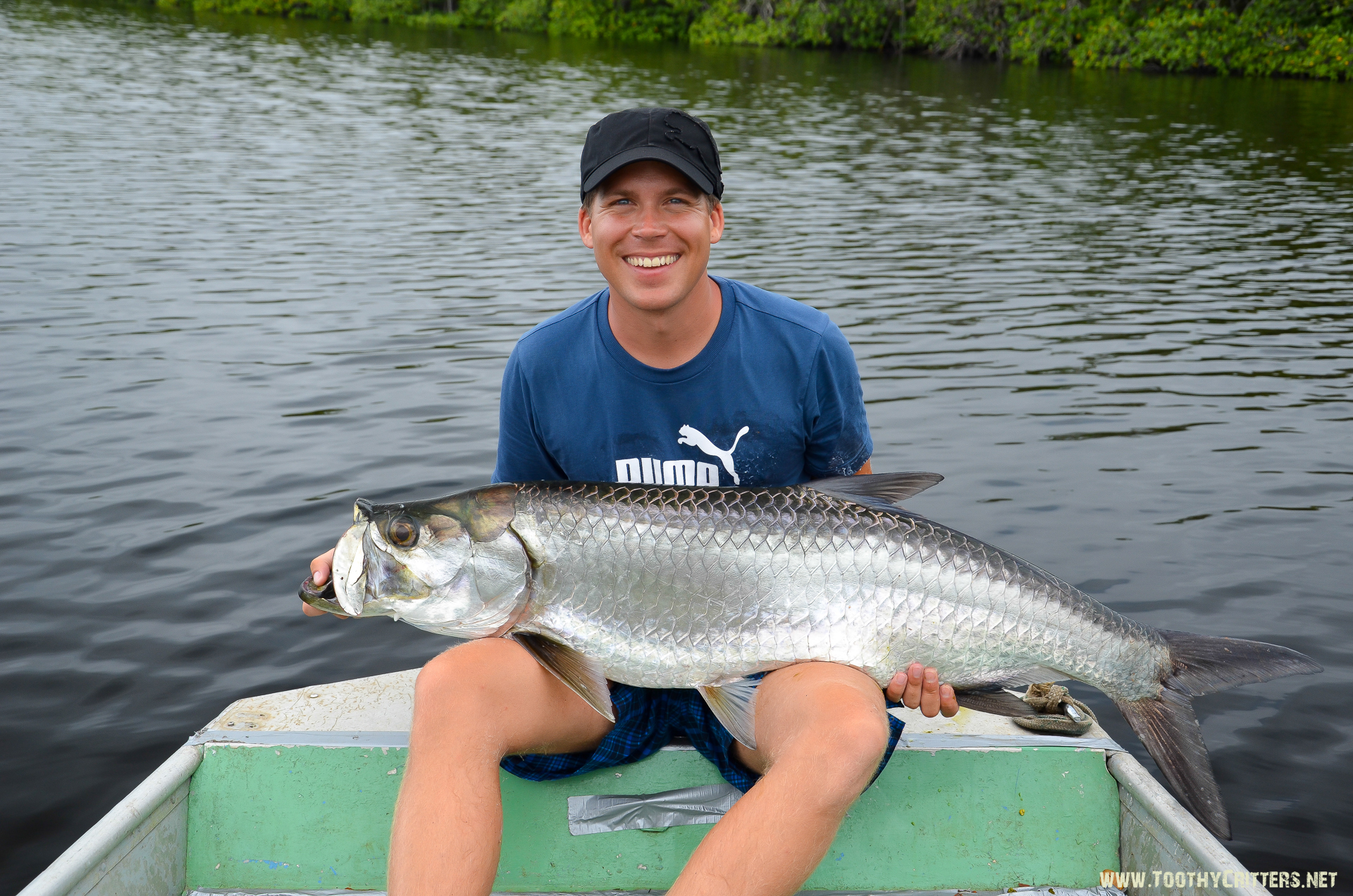 My best fly was a Black Death in blank and purple tied on a Gamakatsu SC15 3/0. An amazing hook and I’m now using it many times also for other kind of fishing. Later I will tell you more about gear and tackle.

Ah … I almost forgot to say something about my guides. I was fishing two days with Andres and one day with Felipe, the lead of all guides in Jagüey Grande. I was very much impressed about their motivation and skills to find the Tarpons. Ok the smaller ones where easy to find but the bigger ones where another league. The guiding service is operated by the government and the guides are working for it. Unless to say that in the socialistic system in Cuba there is no private sector and the guides earn only the tip. 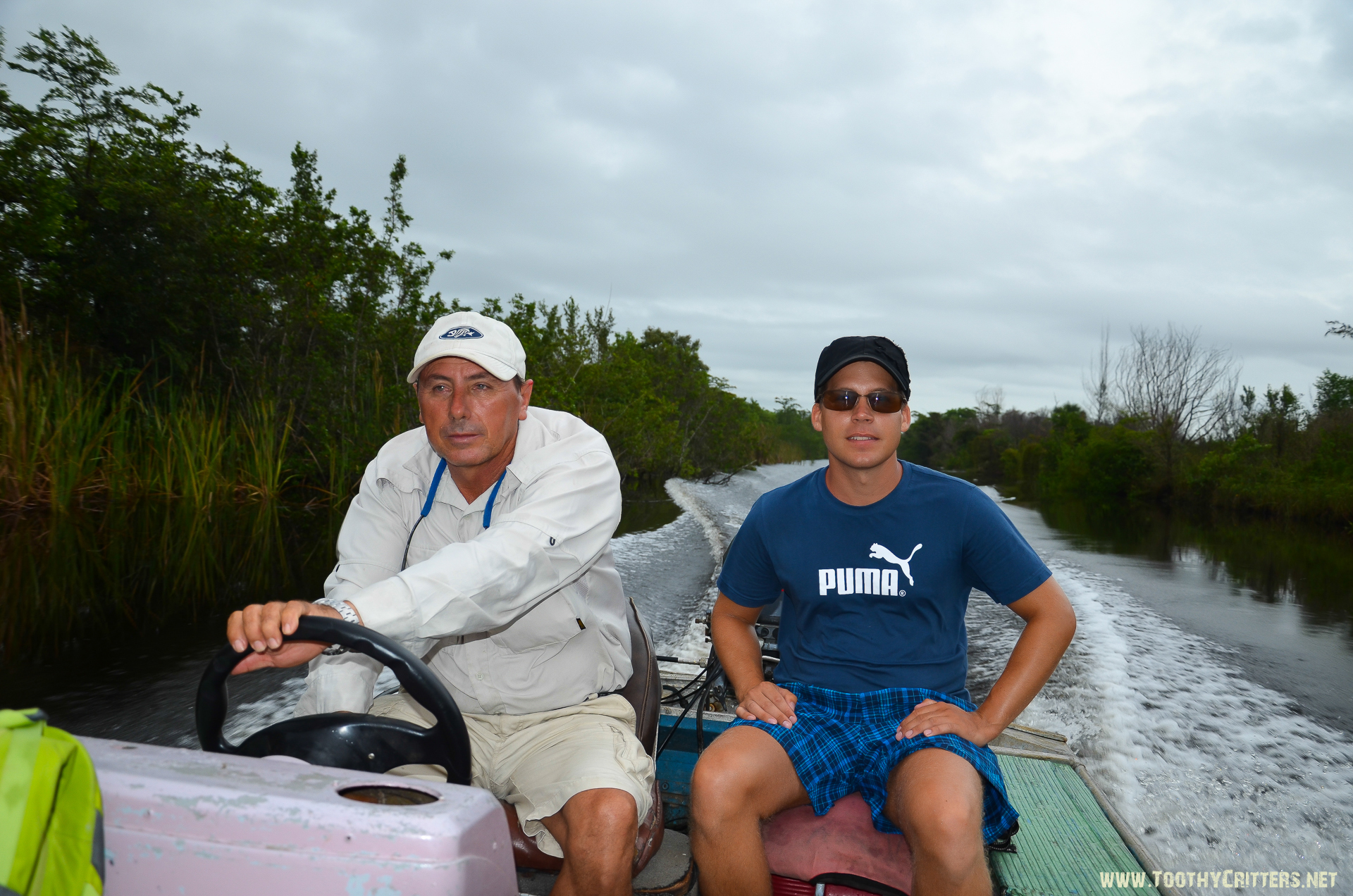 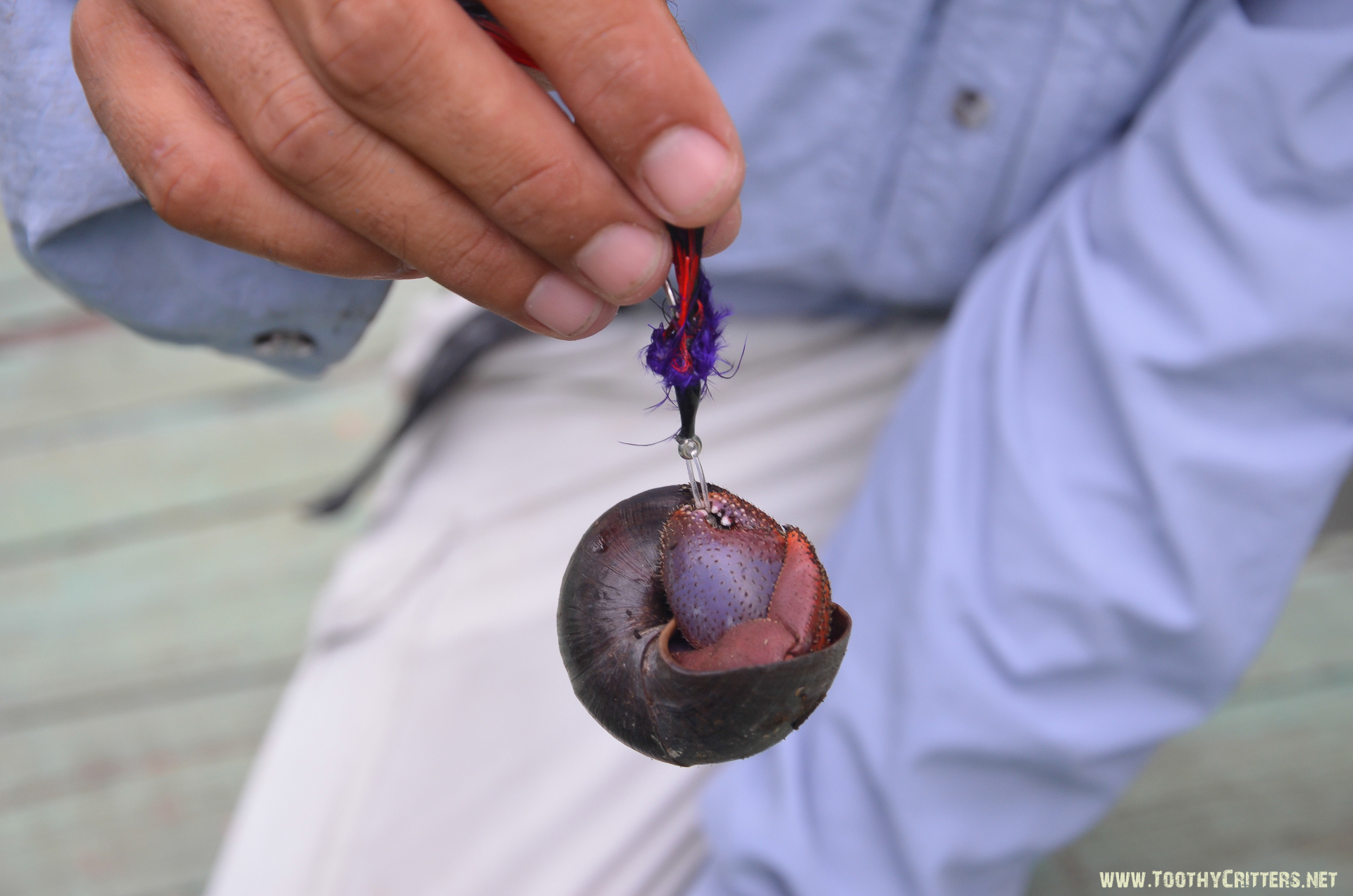 I’m now a bit speechless. All my thoughts turn around the unique memories I collected there, the Tarpons I have caught and the ones I have lost by the mistakes I have done I still regret. It were 3 wonderful days with Andres and Felipe. 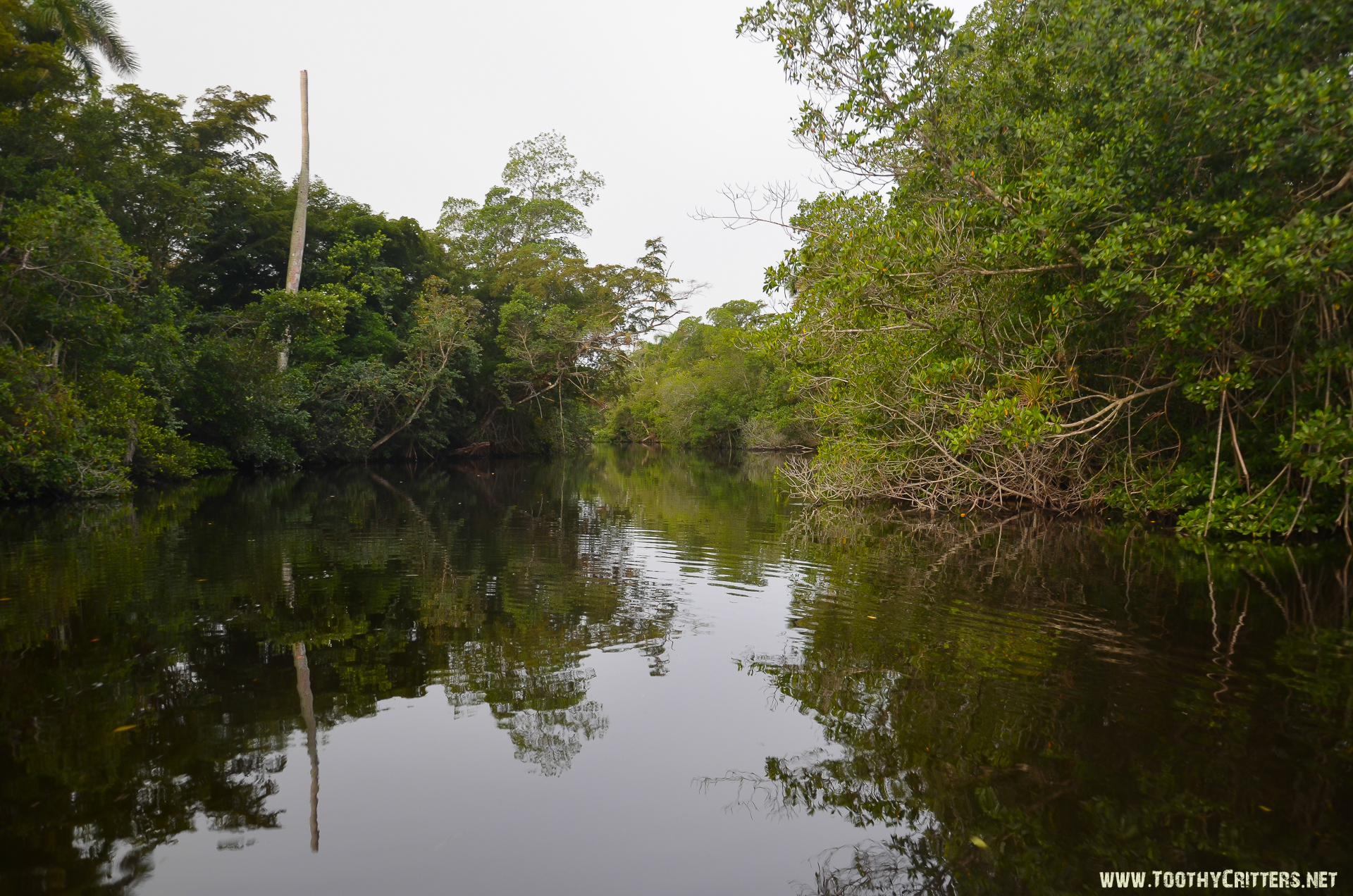 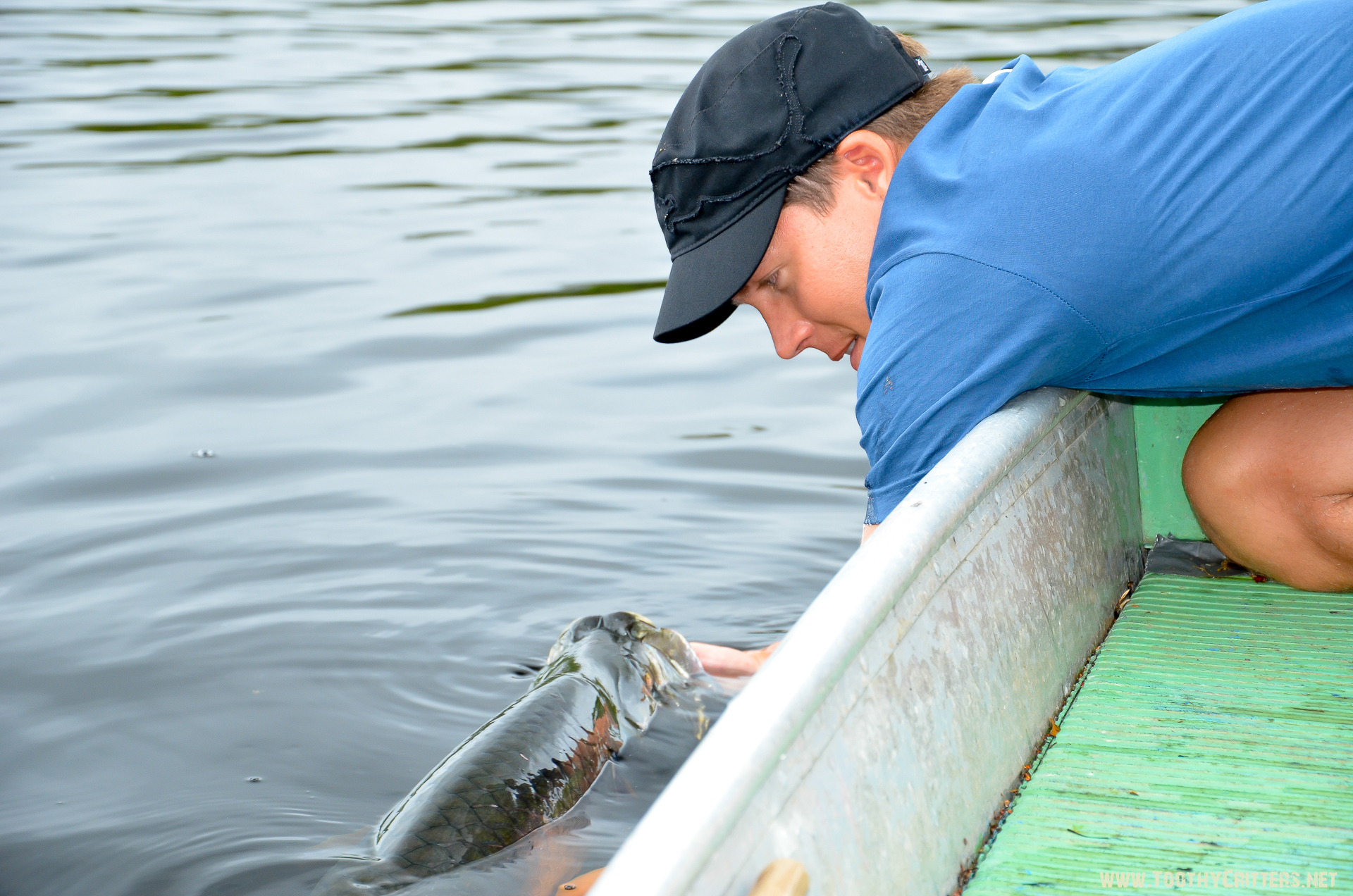 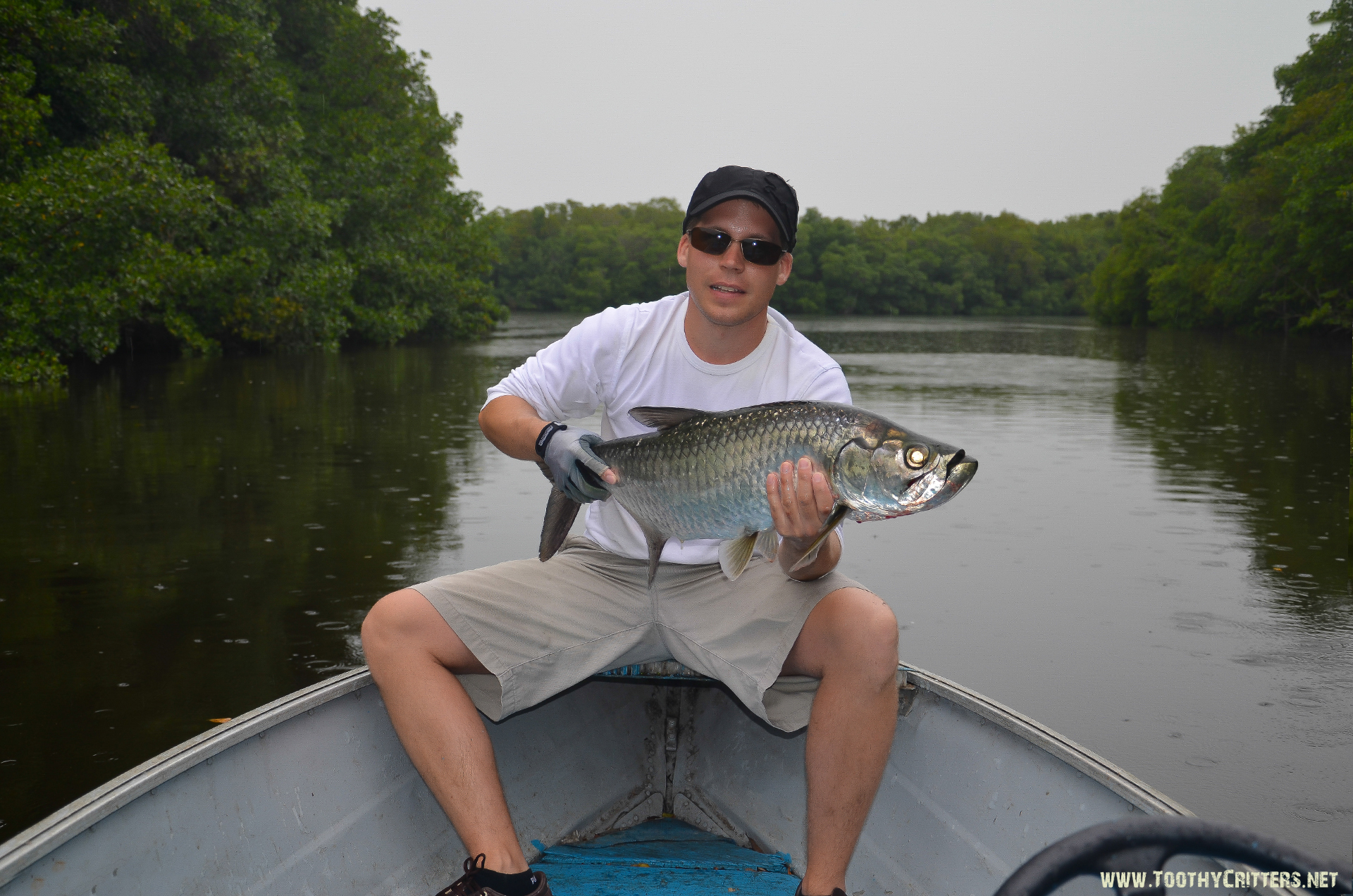 Before! just the eggs 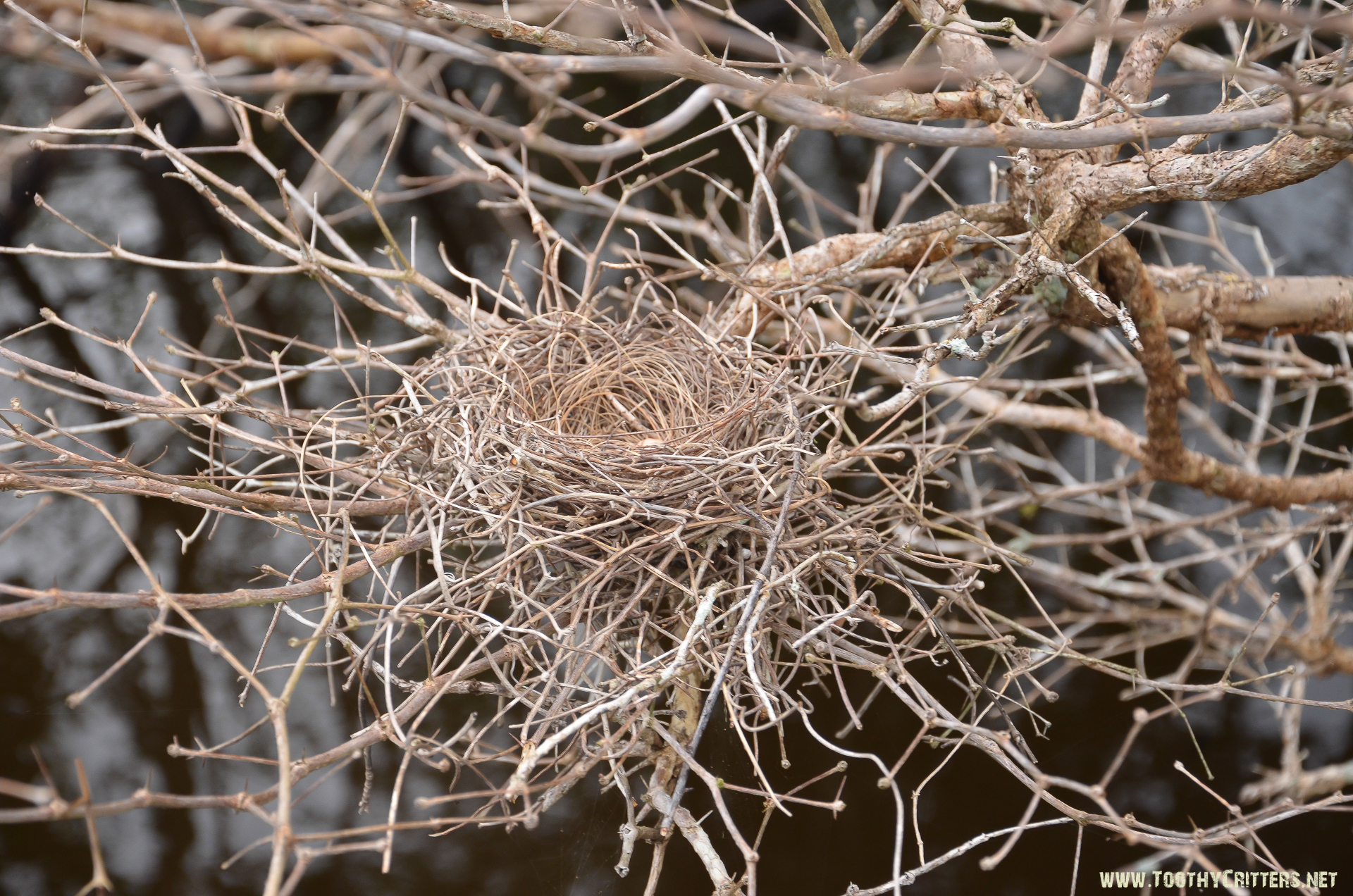 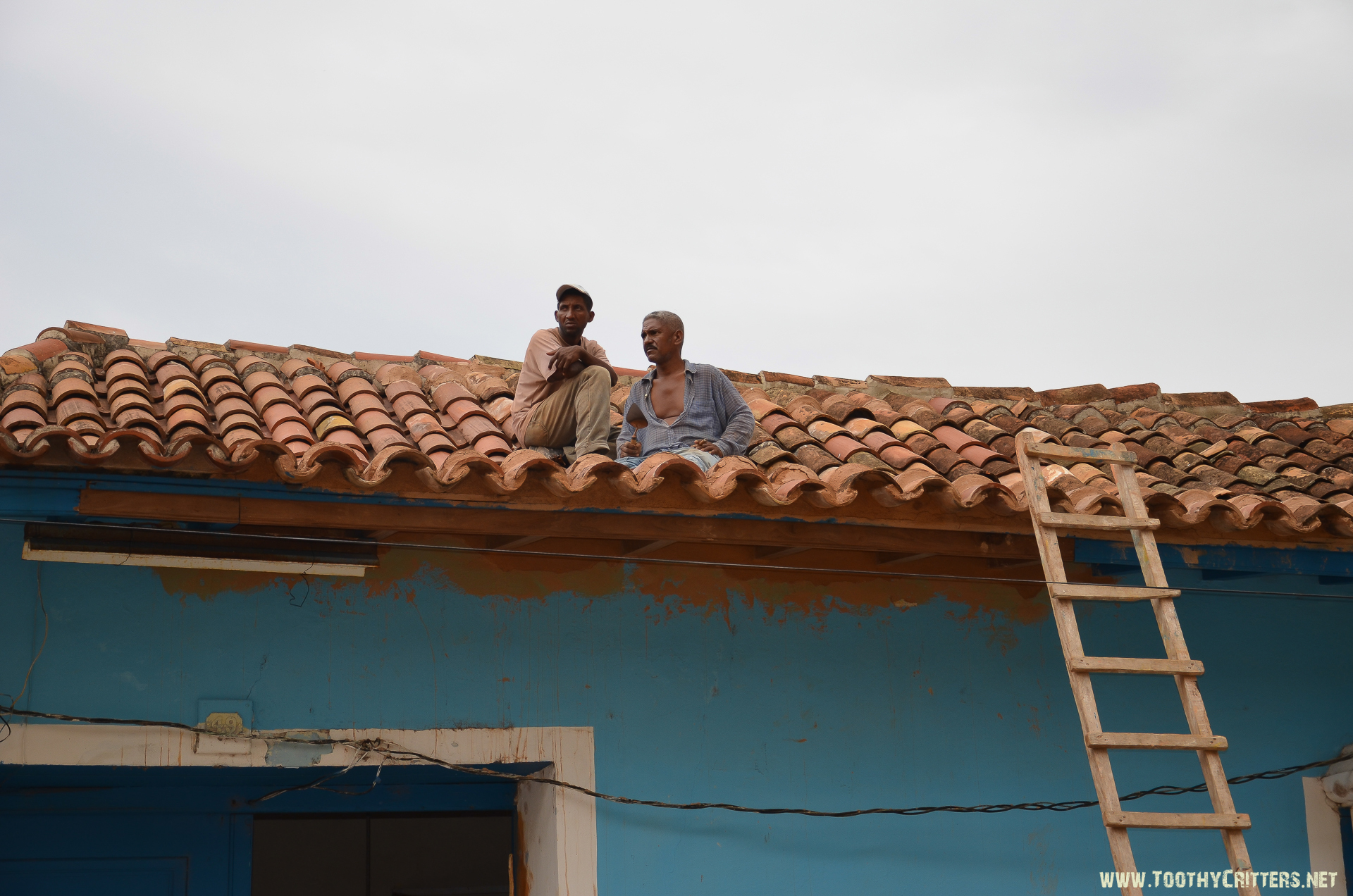 The ranger station. These guys protect the water of prohibited fishing. Its a nature reserve! 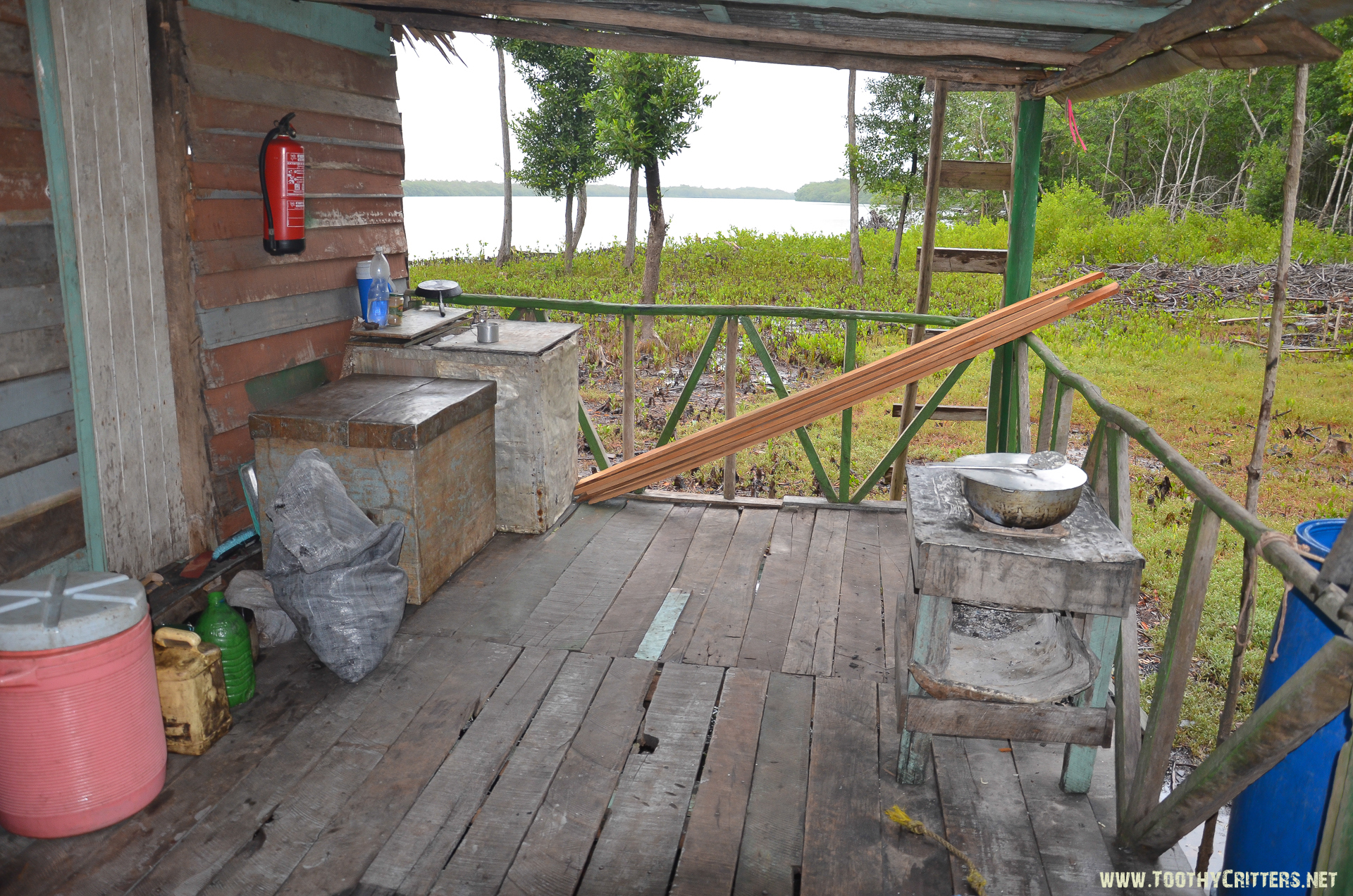 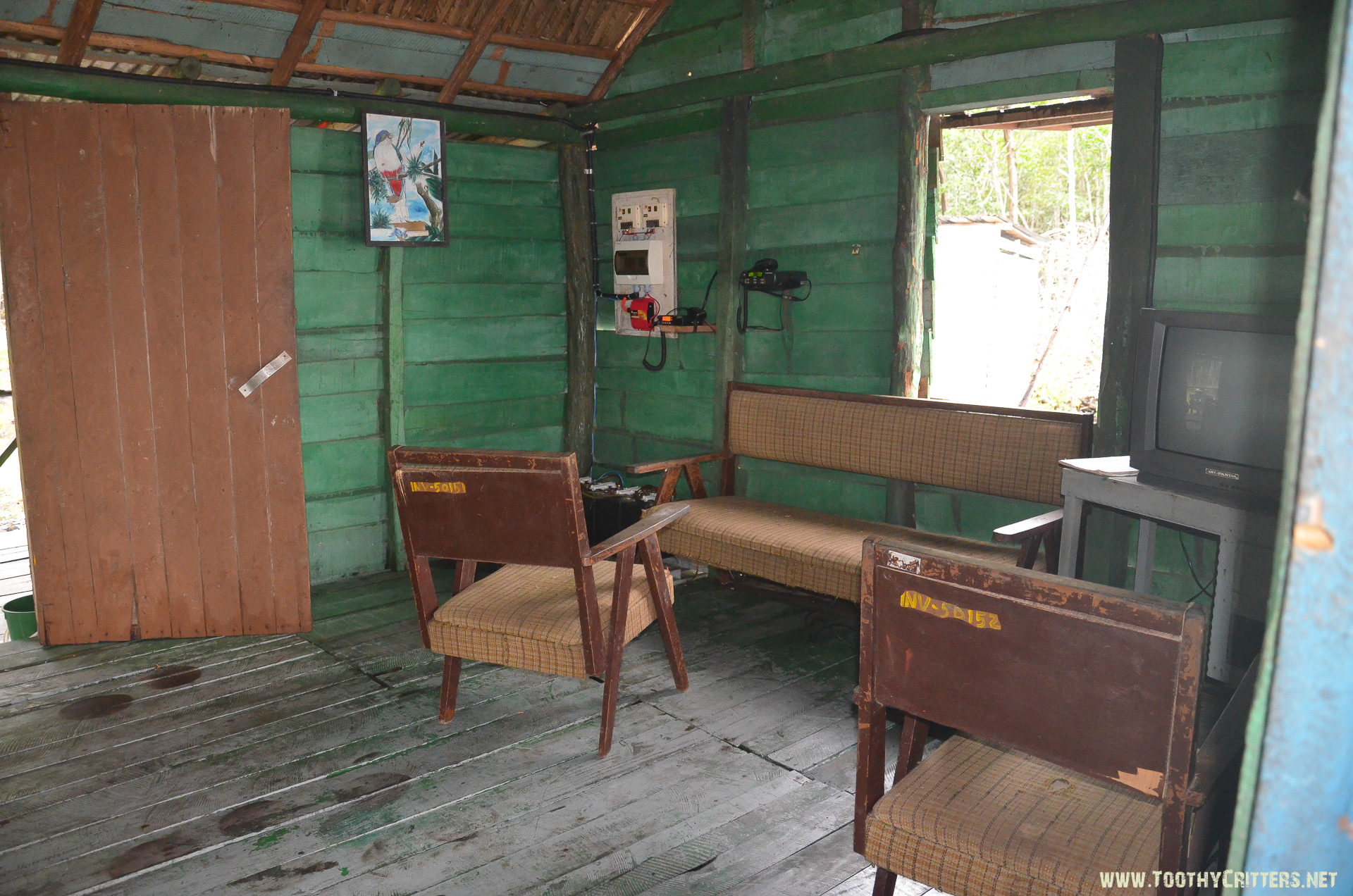