The first days in January went by in the hurry of work and even more work. A calm day out for fishing brought back the silence and concentration out in the nature, me, my fly rod and a irresistible fly.

Last week after some stressful days in the company I decided to go fishing although the conditions weren’t as good as I wanted. Since Christmas, the weather is a mixture of super cold and super warm days, from sunny to rainy back to snowy days. The water levels in the rivers and streams increased and most of them transported murky water down. Not the best conditions for fly fishing. Nevertheless after two weeks of absence from the fly rod I started into a fishing day with good hopes.

I decided to give an old spot a change, I have fished already this summer. A spot that is rarely fished by others but also a spot that I thought it won’t be good for a big surprise. Good that fly fishing is always good for a surprise. The idea was to fish deeper spots in the hope that the fish would concentrate there in the winter season. Tja, knowing where the deep spots are would have been an advantage. Nevertheless the entire spot is not very big so my hope was to somehow fish it not knowing were exactly it was.

It was my third or fourth cast, the fly was not even sunken very deep, when something took my fly. I was fishing with the RIO Versitip and the Sink 8 tip to go down very fast. I know that I thought, could it be that easy? Yes I hooked up something. Cool! Nothing seriously big but that’s just negligibilities. At first in the murky water I thought it was the usual suspect but once I fought the fish closer I saw that I hooked up a pike perch and not a bad one. Incredible. On a glitter pike fly, for sure 9-10 inches long. I really didn’t expect that. 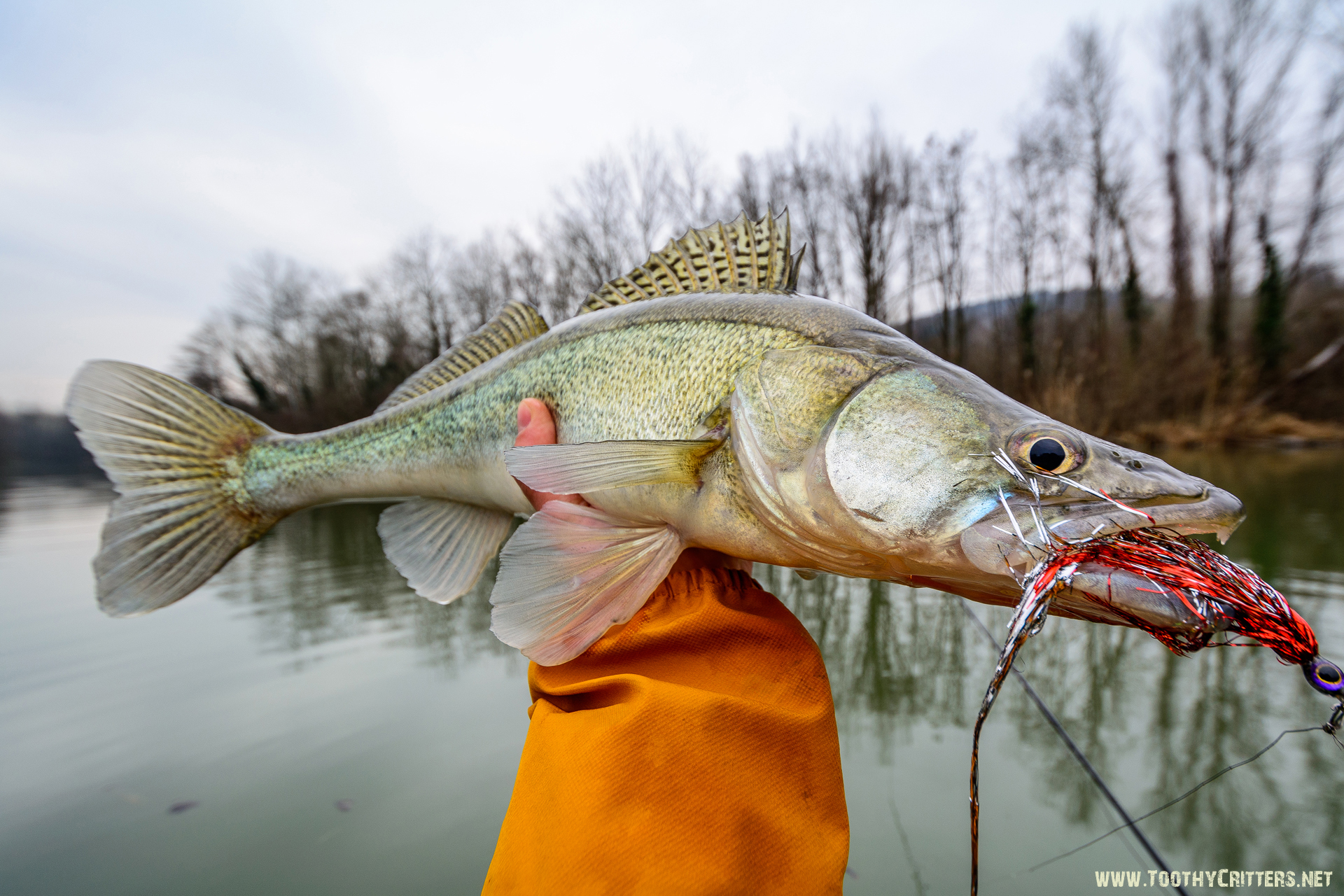 Then I saw them hunting on the surface. Once the ice was broken I have seen a couple of predatory fish hunting on the surface. In autumn I have seen this many times when pikes were hunting but it was the very first time that I have seen pike perch hunting like pikes do. There was one scenery I will remember long for sure. Partially there was already ice on the surface, a very thin ice cover. One pike perch broke trough the ice and a handful of small baitfish got pushed by the wave onto the ice. Safe from the predator but trapped for safe death.

I continued fishing in the hope that one pike perch is not the exception for a winter fishing day. Thirty minutes later a second pike perch took my pike fly. If somebody would have told me in the morning whether it is possible to catch pike perch there, I would have answered him that this is impossible. I was not even sure that pike perch exists at that spot. Now I know it. 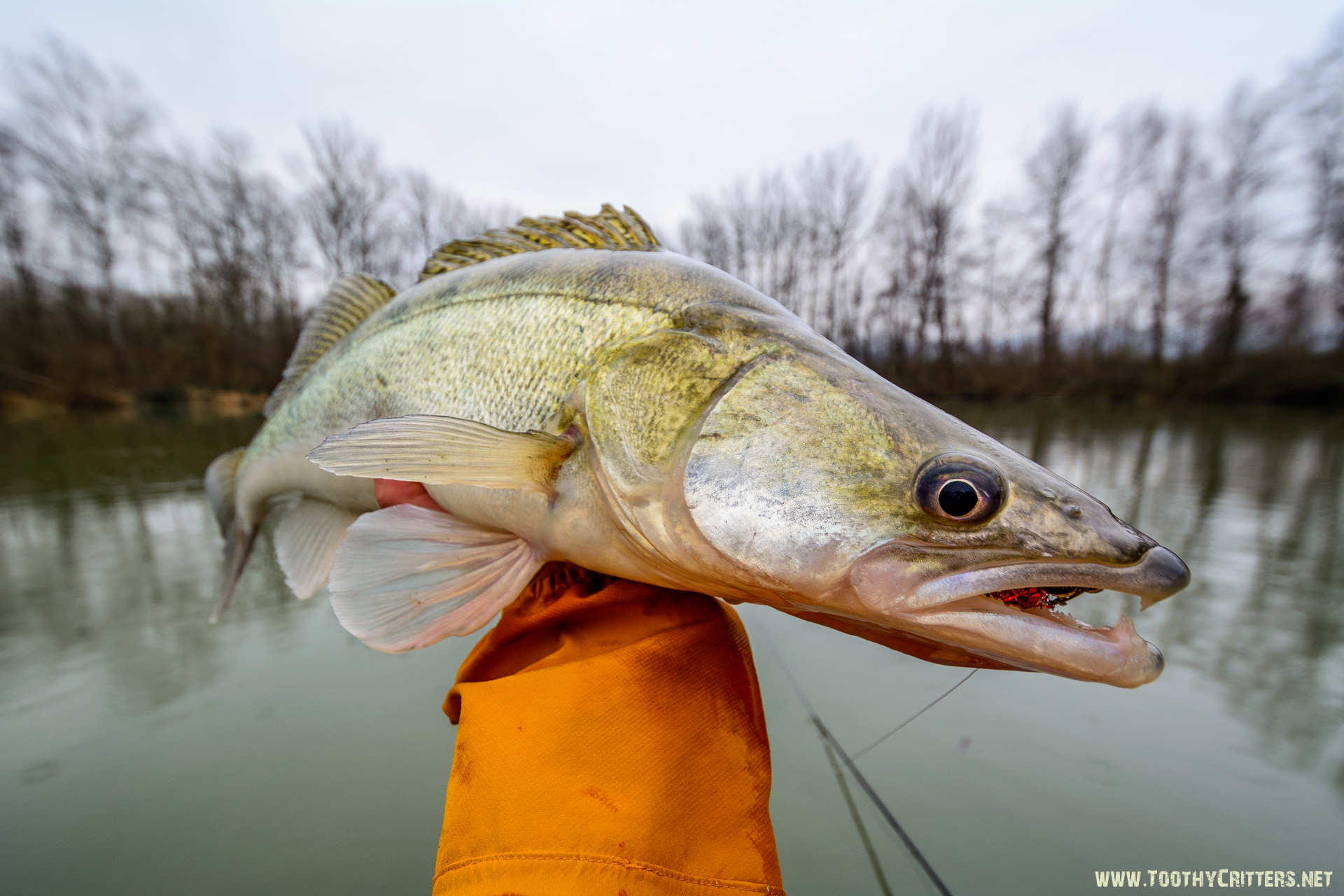 This is not the end of the story but I didn’t caught another pike perch. Although I have occasionally seen them hunting there wasn’t any activity on my fly. Since all good things come in threes there was a solid pike that made the day complete. All in all a very successful day. 17th of January and I have increased my pike perch catches by 100%. Can it be better 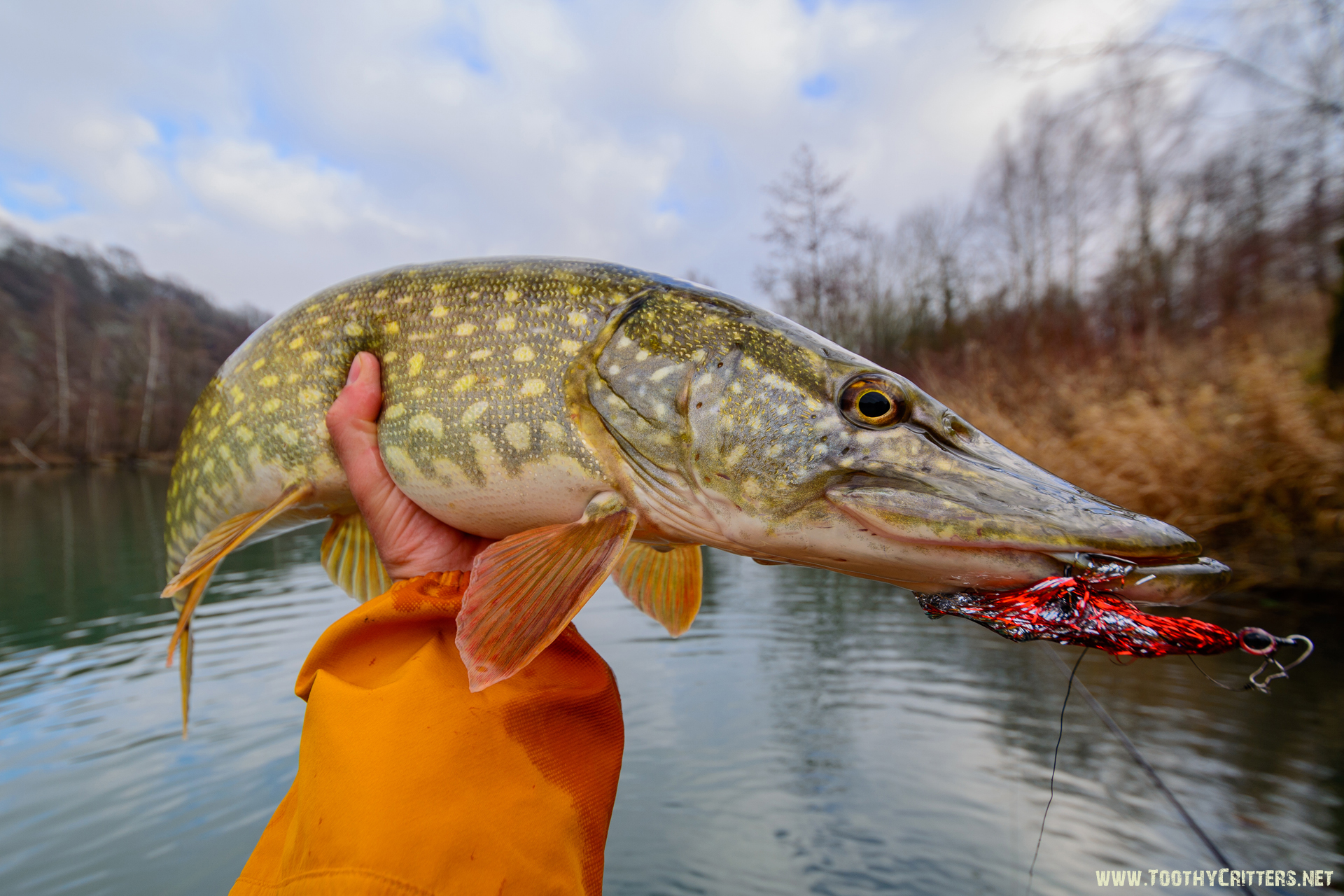 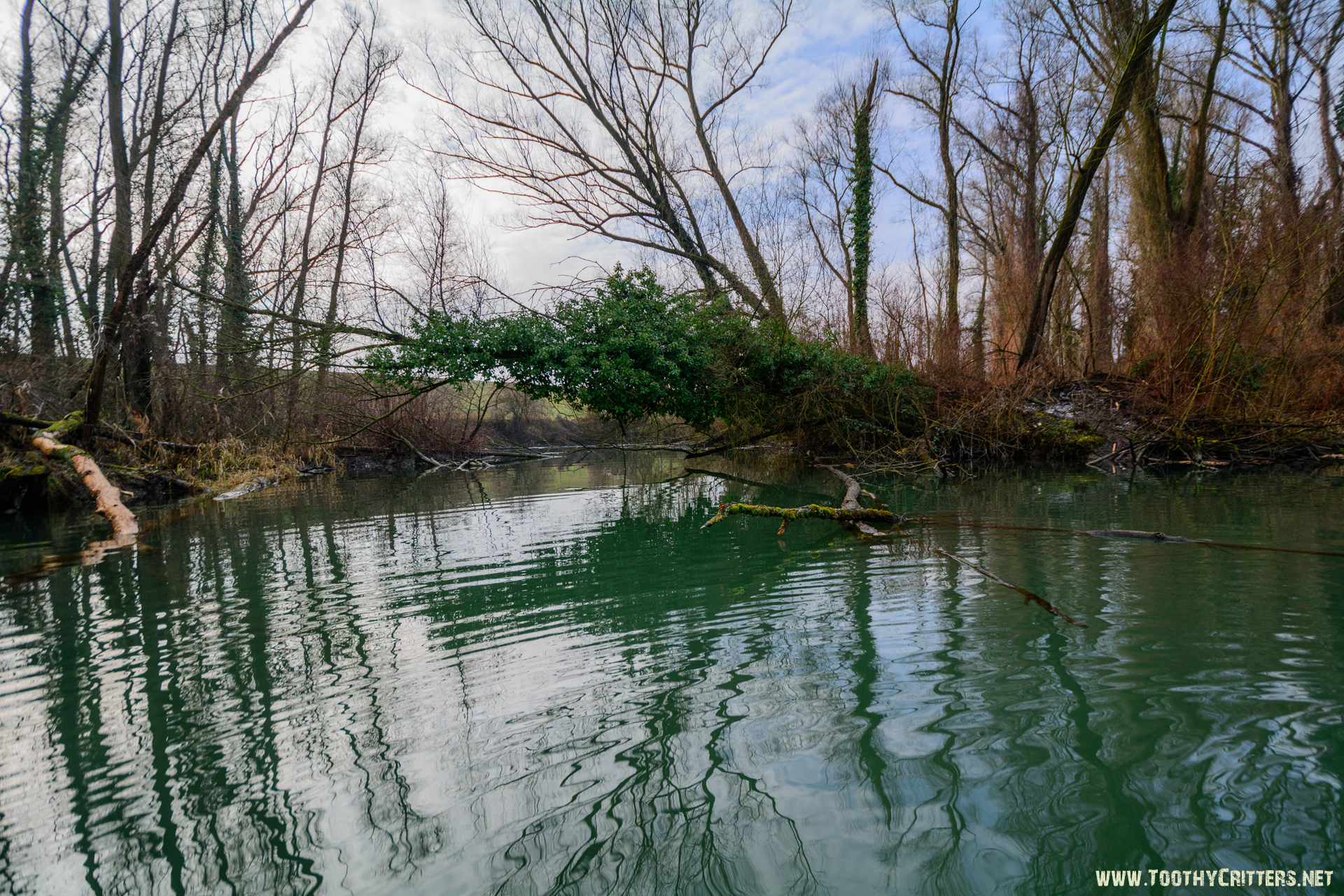