The weather forecast predicted much more warmer weather than during Christmas. Exactly the same as last year at the same time. And the first days in 2014 were really really good. But last year compared to this year the weather forecasts were accurate. The temperature should increase up to 9-10 degrees plus but in fact it had -3 degrees plus with a super cold and strong breeze.

I rarely freeze during fishing because the belly boat fishery is hard and the chance of sweating than freezing is much more likely. But that day I was so much freezing that I sometimes were not even able to cast, so much my body was shaking. And I was wearing 5 layers of high tech clothes. All in all much more the day for fly tying than fly fishing.

I was fishing through the day with limited success. Not even the best spots offered a contact. I actually even didn’t believe in a successful day weren’t there on the very last spot a pike having mercy with me. At least!!! 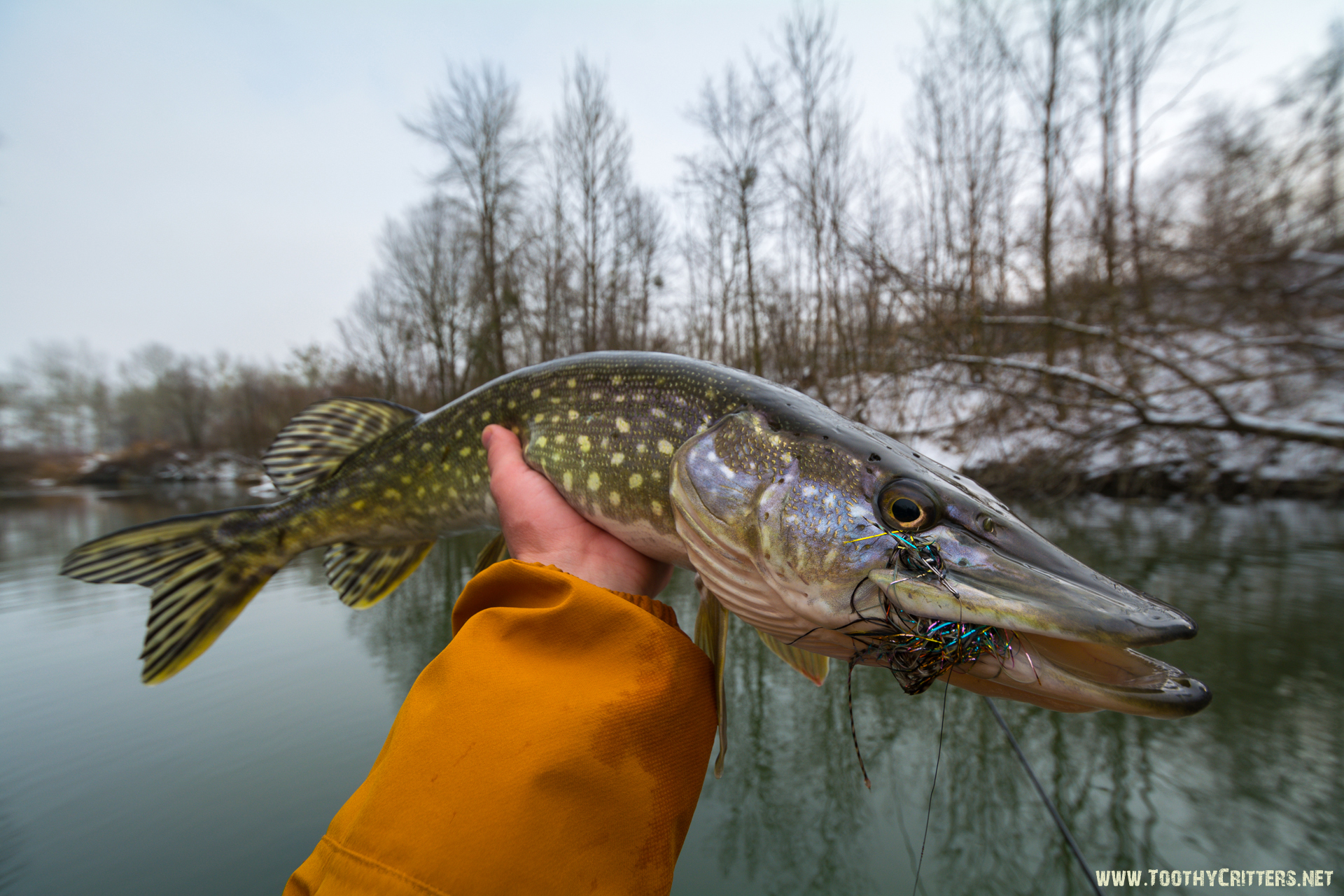 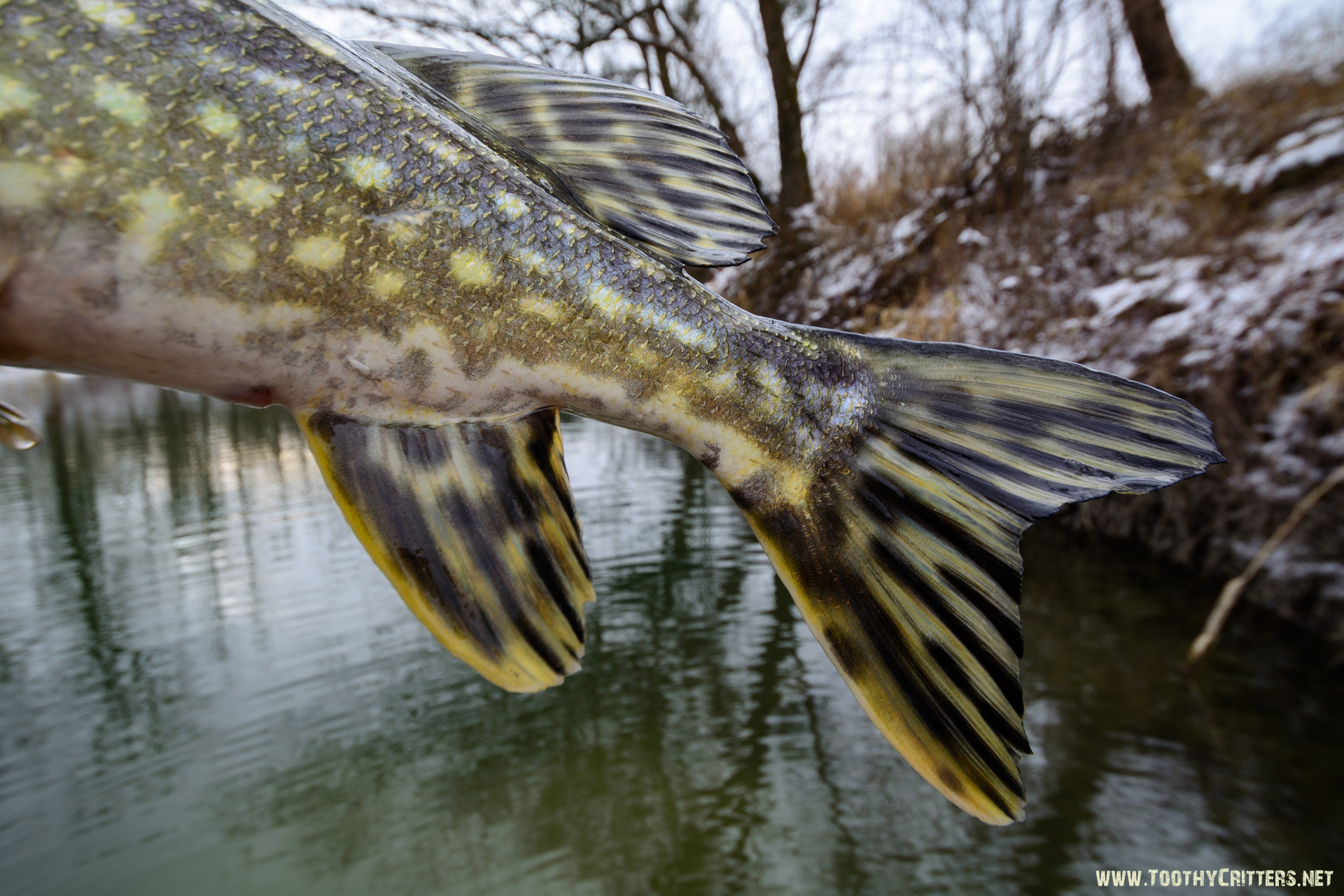