Hangover fishing after Christmas. After more than enough Christmas here, and Christmas there it was time to head out for a peaceful days in the wild, fishing, alone!!! A day, just me and my finny pals. 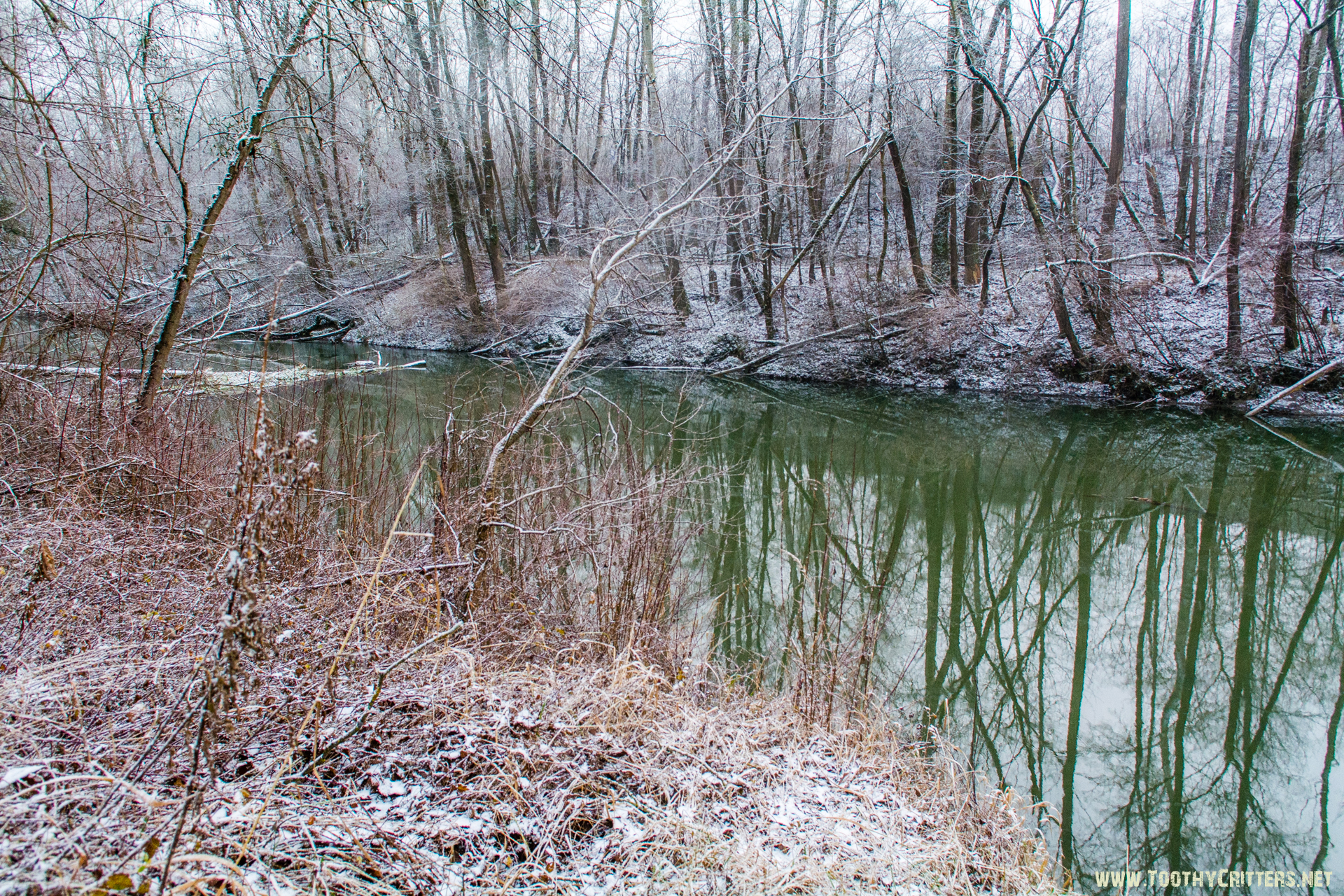 The weather forecast was catastrophic for the fishing, although it very romantic. The temperatures dropped the last days from 15 plus degrees down to 0 degrees and below. Clear that this would not put the fish into their happy mood. In addition this location became a little bit touristic the last month. In combination with the now very clear water the pikes became very challenging. The time where they hit a shiny blank hook were over. I decided to change the strategy to fish a black almost no glittery fly. I really love black flies. Even in much more murkier situations a black fly is always a good choice. The key is the great contrast against the bright sky. 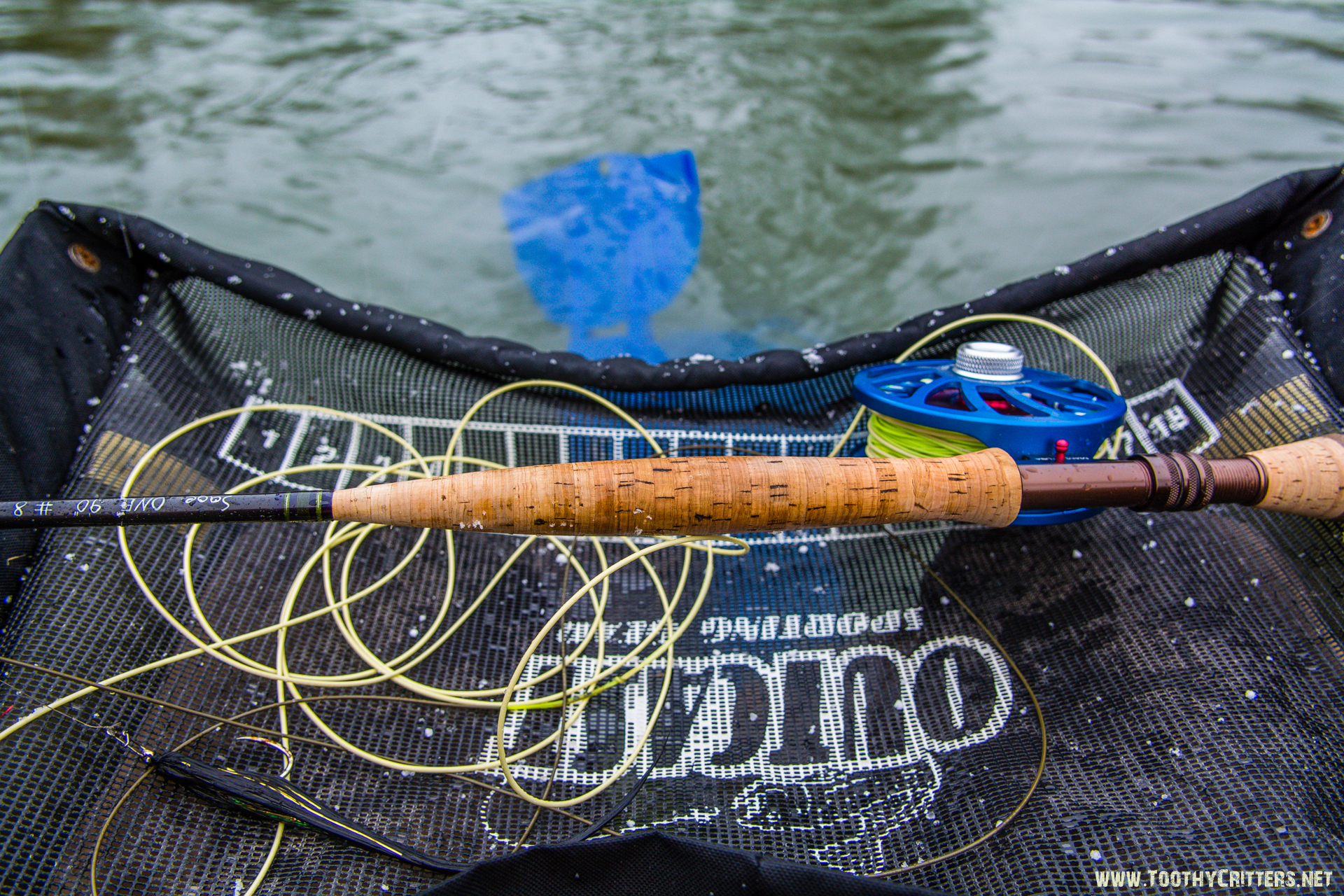 Against all my apprehensions the days started promising with a take on the third cast. It was not a very furious attack, almost not recognisable. The hook didn’t set but the fish felt pretty solid in the first second. Who cares, compared to the Christmas thrill at home this was pure joy. Unfortunately pursed by bad luck it continued like that till the early afternoon. The attacks became more violent but no hook set. But it seemed that they were active.

Snowfall, a nice distraction was the from time to time for this day. It was quite strange, 5min heavy snowfall, then full stop and the sun came out, 5min later again heavy snowfall, etc.. etc.. Did I said already that this was very romantic, but cold as ice. 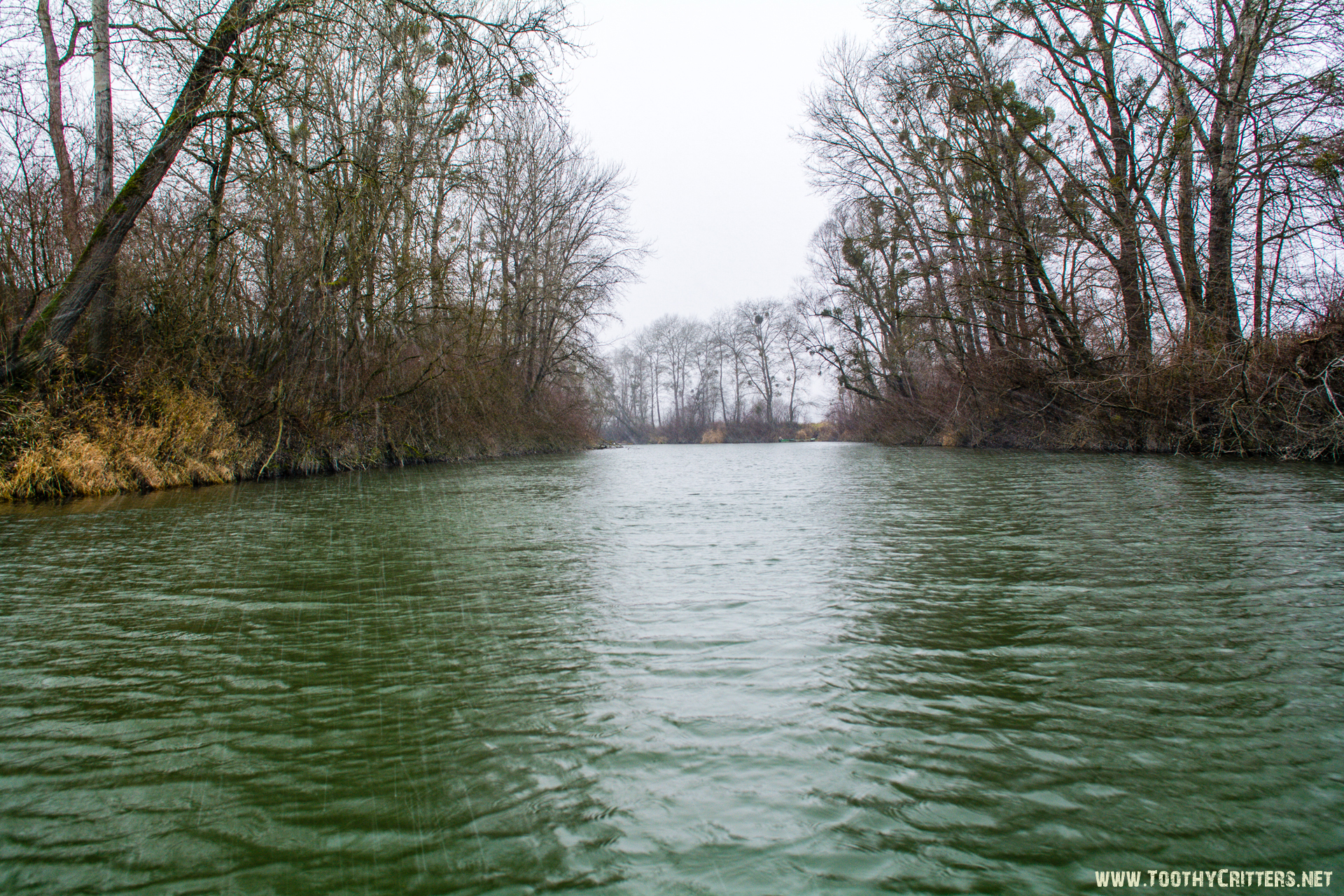 At last I managed to hook two nice pikes and lost a handful. In the end this was the day I needed to recover from the Christmas hectic. 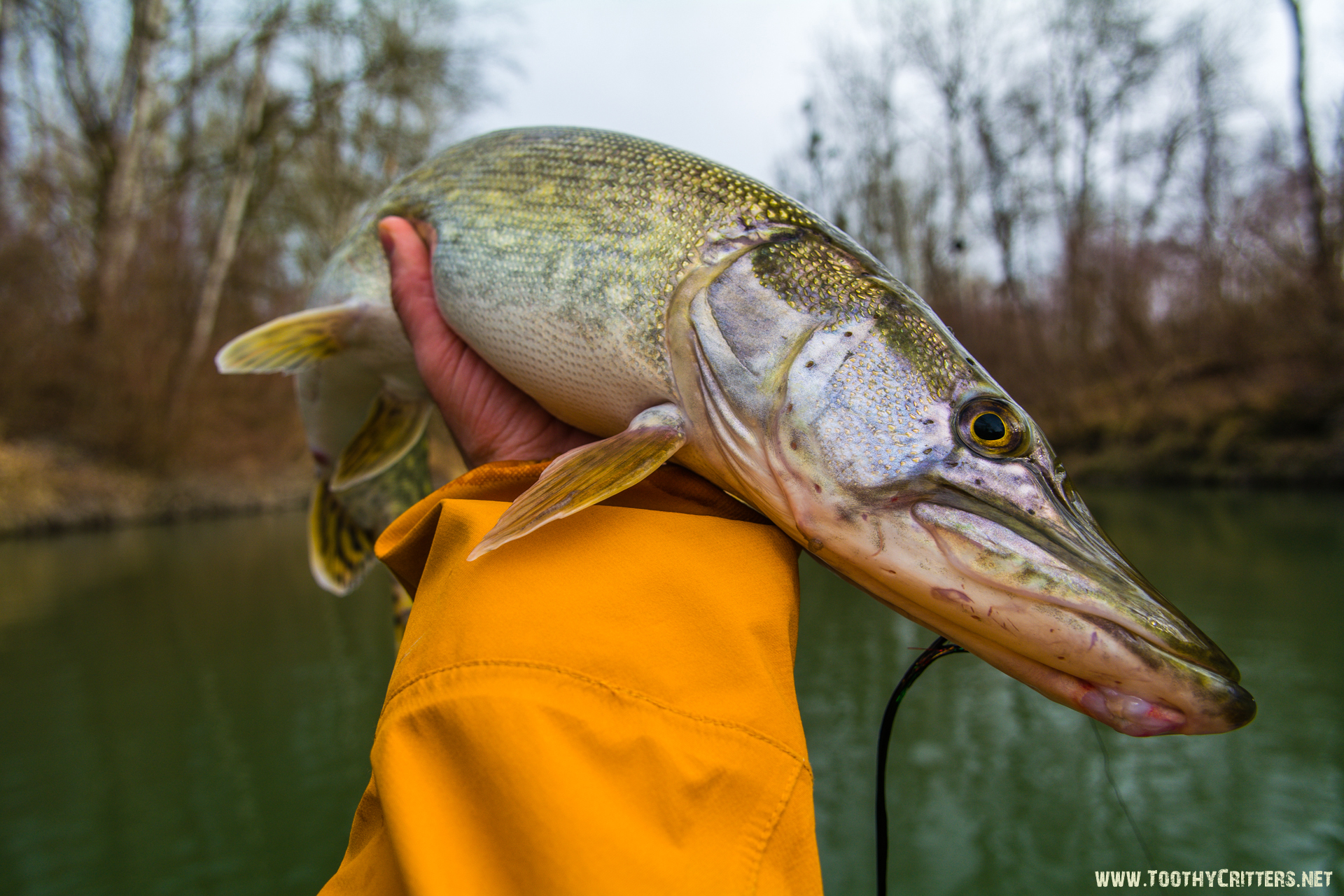 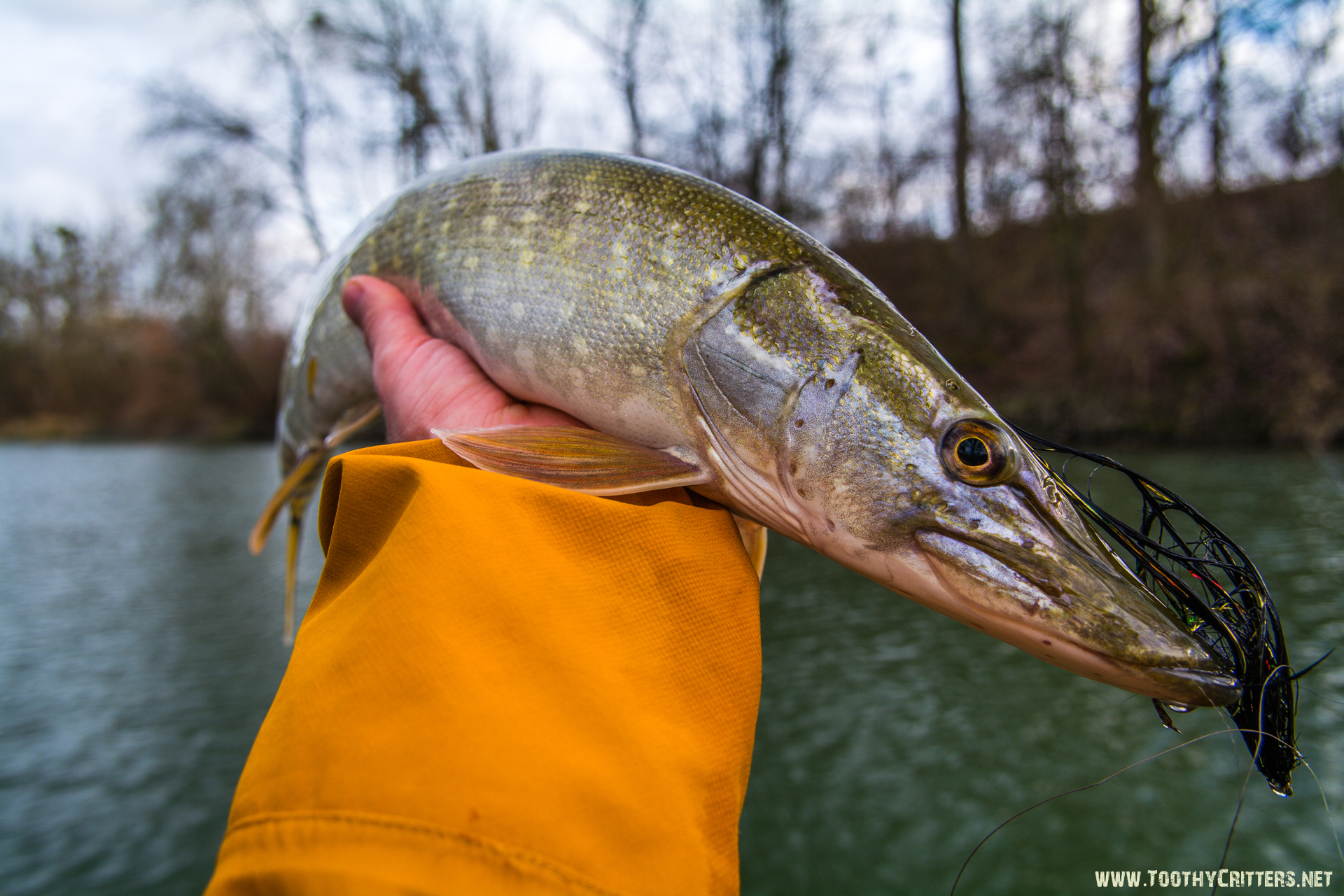 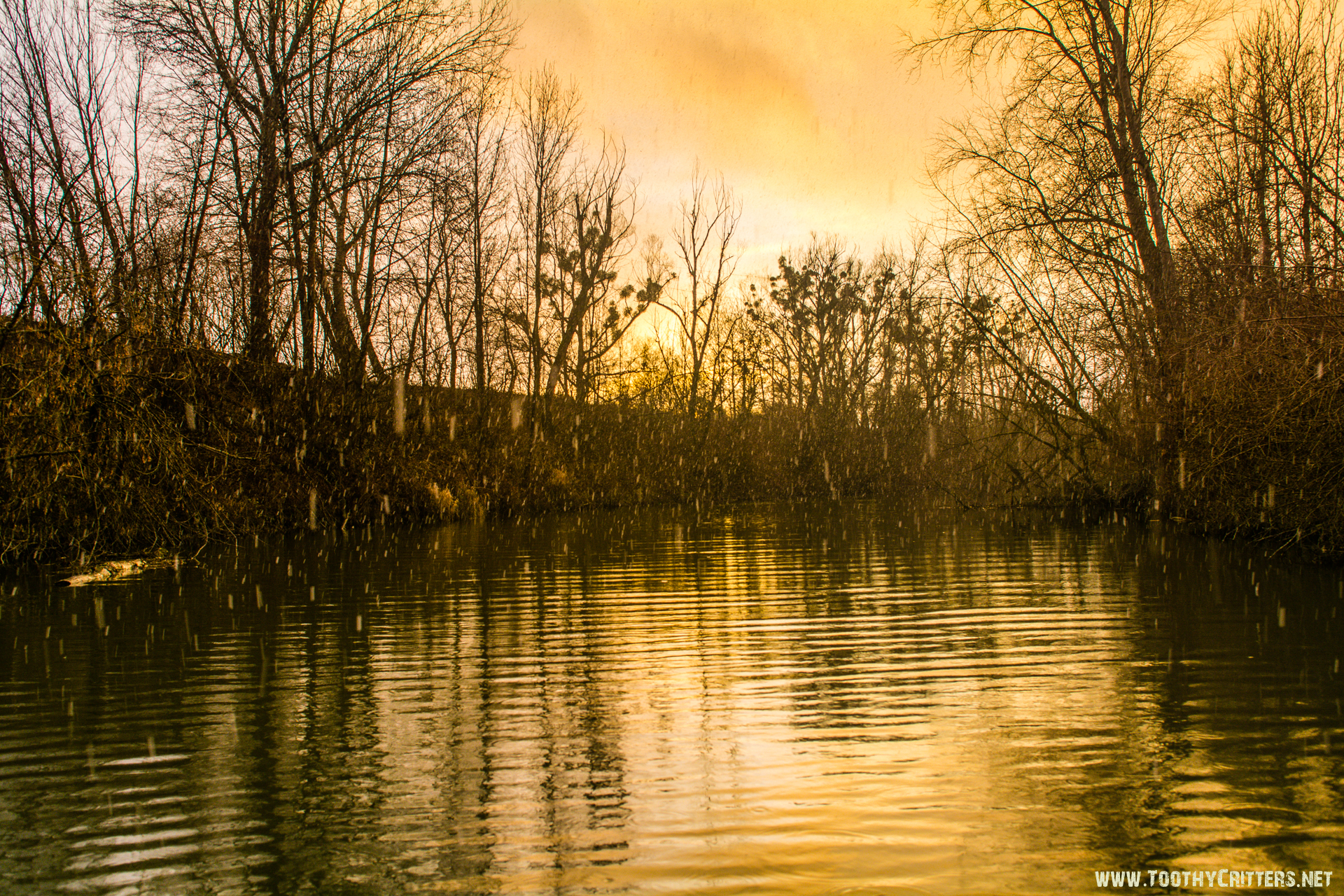